Of course corona heavily influenced life in Amsterdam the last year, for vegan stuff as well. Restaurants have been closed for the most part of the year, almost no street activism or events, little casual socialising. Yet still new vegan restaurants opened, a lot of new vegan products in the supermarket, lots of new vegan cookbooks. Happy Cow currently lists 406 vegan/vegan-friendly restaurants in town, of which 50 are fully vegan. The interest in veganism just continues!

And rightly so, for yet another reason to go vegan (it’s a win-win situation really) is that this corona thing directly stems from the practise of humans eating other animals. Without the animal industry there’s less risk of future pandemics. In the Netherlands the mink industry (for fur) also helped to spread the virus, as mink can also be contagious with corona. Of the 128 mink farms in the Netherlands eventually at 70 farms mink got corona.

But yeah, let’s continue with the positive news. END_OF_DOCUMENT_TOKEN_TO_BE_REPLACED

SUE started 6 years ago when Kim Palm (middle name Sue) was experimenting with making sweets but without refined sugar. At a housewarming she brought some of those. One of the attendees had a lunchroom and liked it so much that he asked if she could make it also for his place. And that’s really how it all started! From then on she sold her sweets, which she called ‘bites’, to more and more lunchrooms nationwide. Eventually she and her partner opened up two of their own places in Rotterdam, a bakery store and a lunchroom/restaurant.

At the Amsterdam location they sell of course their signature ‘Bites’: square shaped pastry, in about 20 different flavours like Banoffee and Tiramisu! Then they have huge cookies in flavours such as Lemon Almond and Maple Pecan. Also bananabread, chocolate-date truffle balls, granola bars and more! All in all a huge choice. Read more 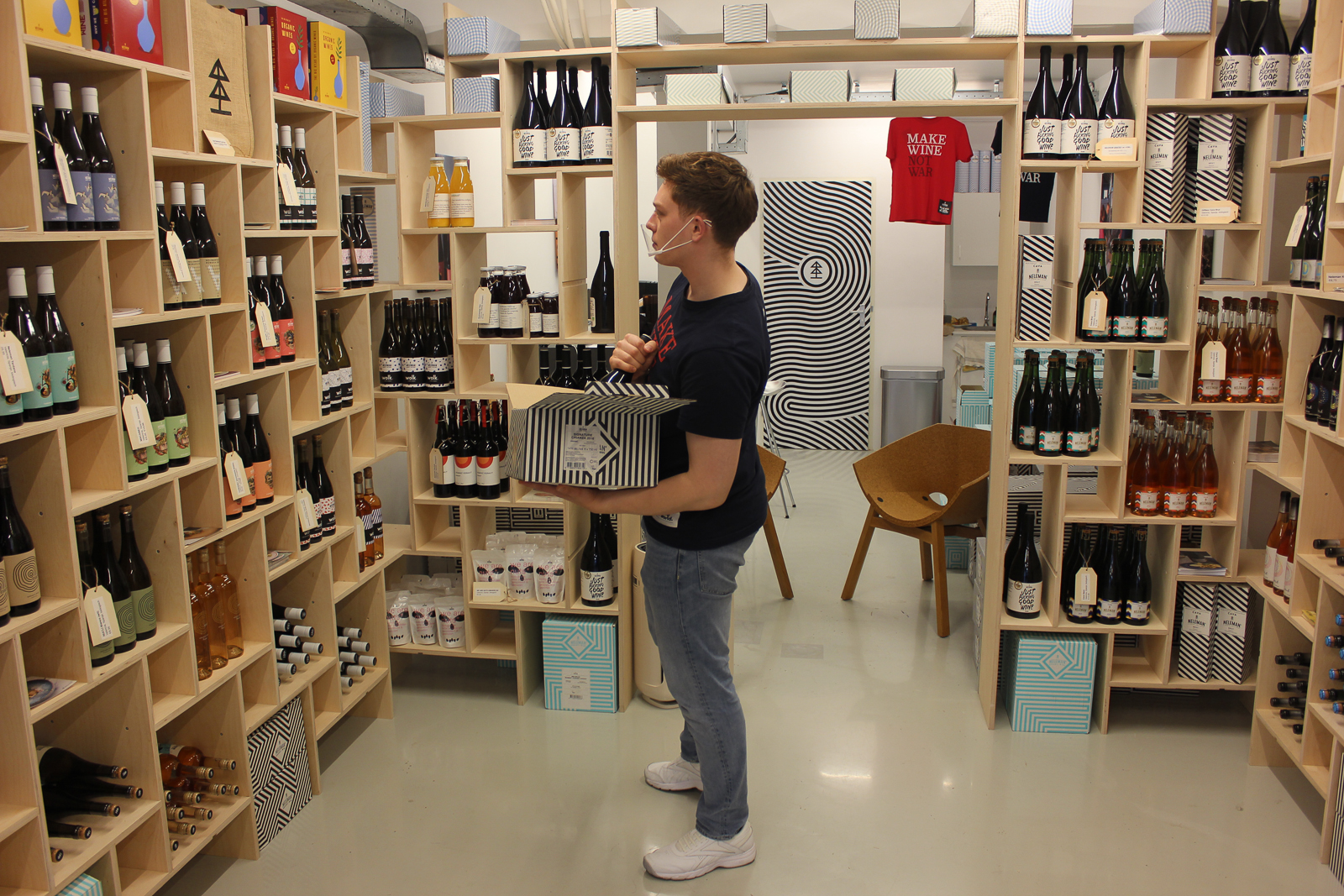 After finishing an education in biodynamic agriculture, Derrick Neleman began working at a Spanish vineyard. With this experience he started his own wine import business in the Netherlands in 2001. Then in 2014 he established his own organic vineyard close to Valencia, Spain: Bodegas Neleman. Enabling him to both produce and distribute the wine.

The store in Amsterdam opened August 2020. Here you can find the full assortment of Neleman wines, like the Just Fucking Good Wine, their Bike Wines and their Signature series. Naturally, all their wines are Spanish, they offer white, red, rosé as well as sparkling wine. All of them are vegan. Read more 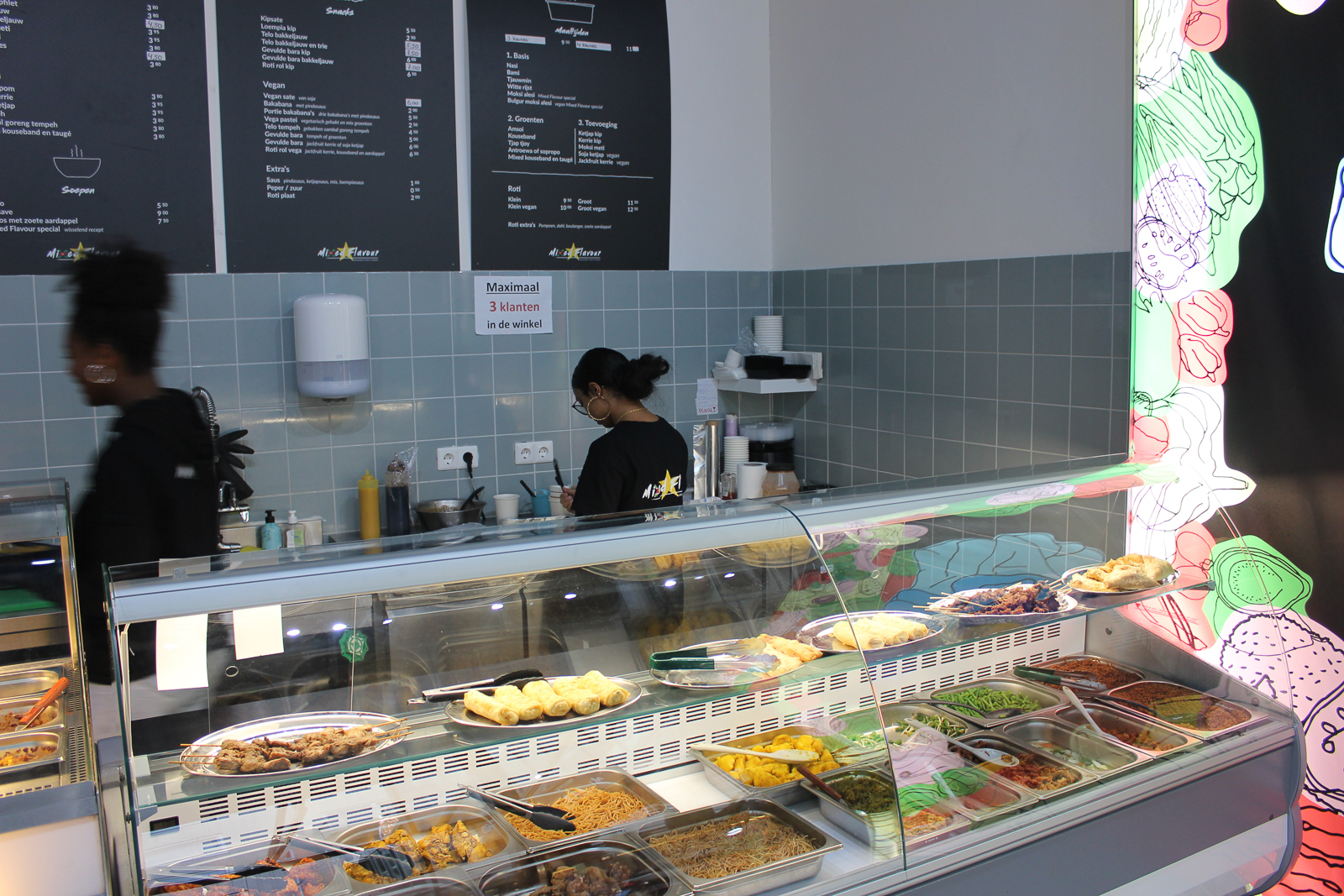 Many Surinamese restaurants in Amsterdam are vegan-friendly, you can find dishes like vegan roti, petjil, bara, bakabana, broodje tempeh and more. But newly opened take-away restaurant Mixed Flavour really has a significant amount of it, half of their menu is vegan! They were already doing some take-away and delivery for a while, but last month they opened at shopping centre Amsterdamse Poort (Zuid-Oost). They will be there until spring as this is a temporary location. END_OF_DOCUMENT_TOKEN_TO_BE_REPLACED 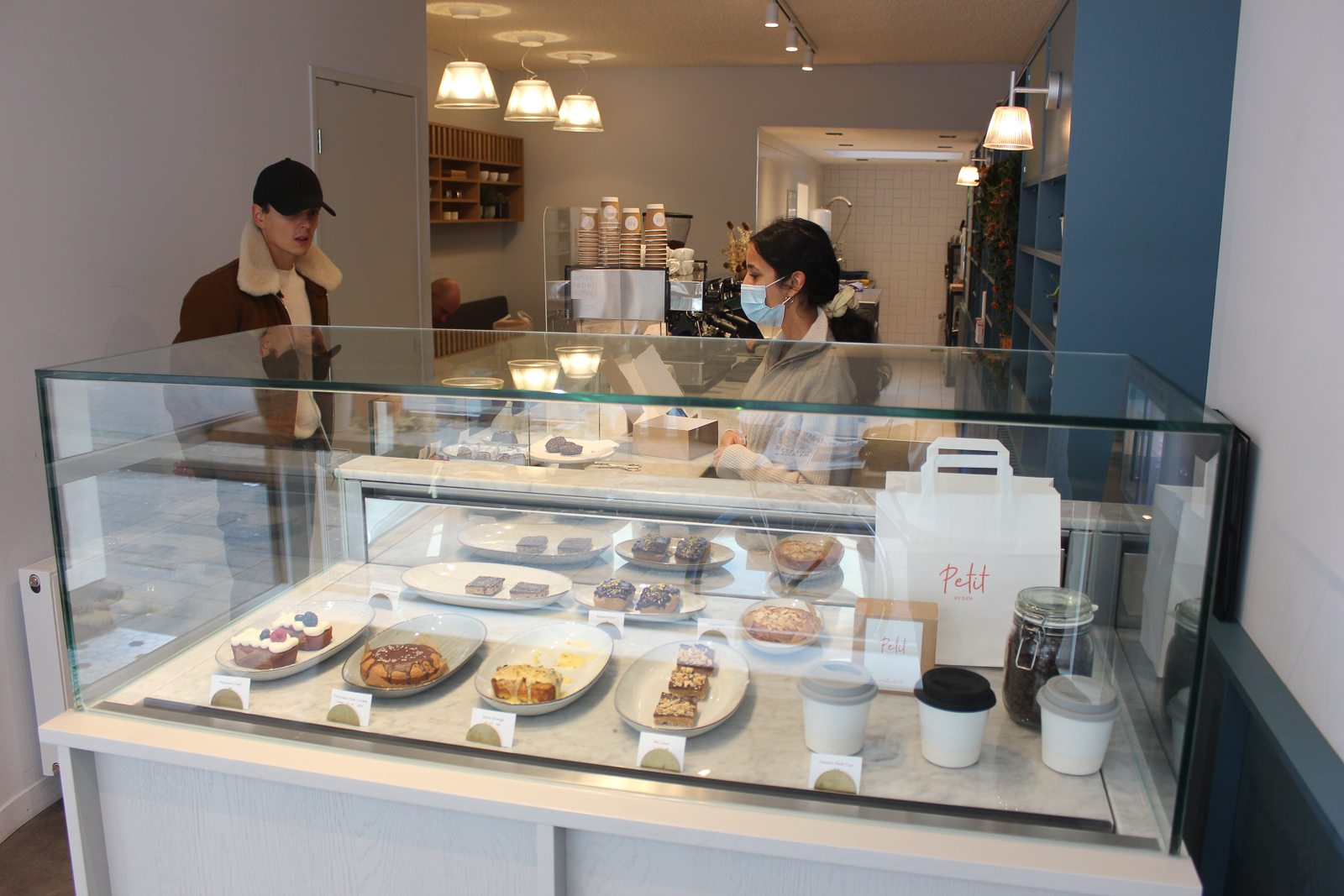 There are a lot of places in Amsterdam these days where you can find some vegan pastry (even in the supermarket) but not too many with plenty choice! Petit by Sam is a small pastry shop where not everything is vegan but still a lot! And what makes this place unique is that they choose for healthier ingredients instead of your white sugar / white flour cakes. END_OF_DOCUMENT_TOKEN_TO_BE_REPLACED 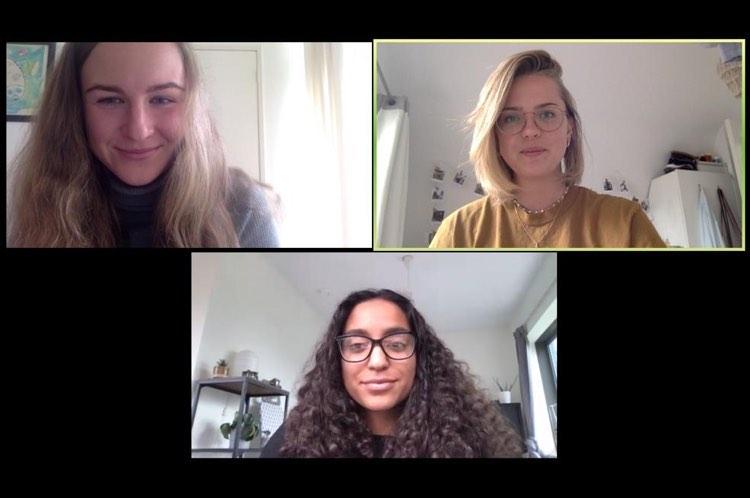 From Vegan Student Association Amsterdam comes this podcast series discussing ‘topics within veganism that could be interpreted in different ways or are seen differently by vegans’. In every episode the three hosts discuss a different topic in an intelligent and nuanced way, like should you be 100% vegan, how to think about ex-vegans or the topic of relationships and veganism. So far five episodes are online, approximately one new episode every month. Because of corona, the podcast is being recorded over Zoom.

All episodes are in English. You can find Grey Area on Spotify, check out the latest episode below! 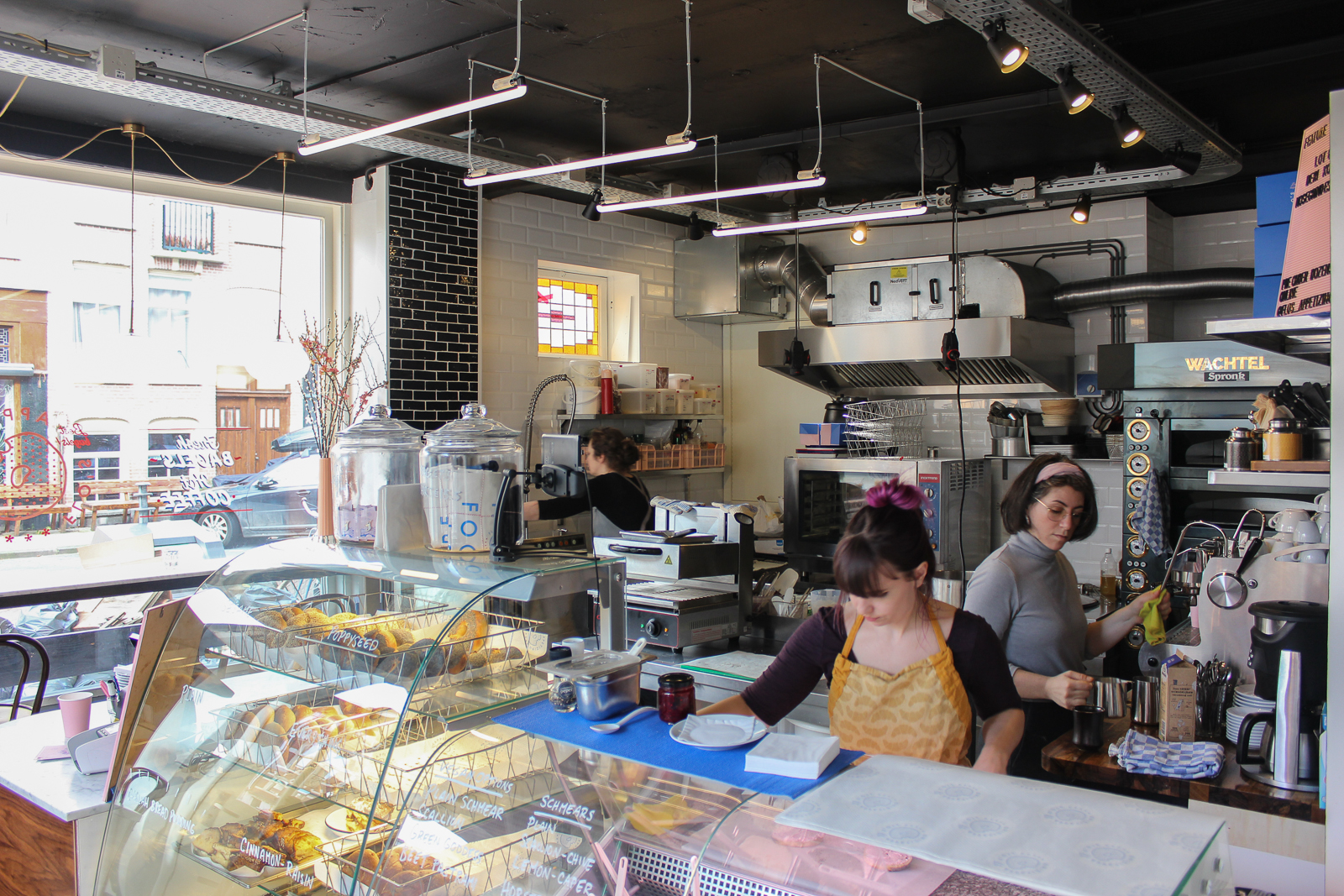 Flo’s started by American expat and baker Heather Eddy, who grew up on the eastcoast of the US. Here in Amsterdam she missed the quality bagels she was used to, as well as the charm of the bagel stores. She started as a pop-up offering bagels but then through a crowdfunding campaign she managed to open Flo’s as an actual store! It’s named in honour of her grandma Florence (whose portrait is hanging in the store). The word appetizing refers to the traditional Jewish stores that sell fish and cream cheese to put on top of a bagel. END_OF_DOCUMENT_TOKEN_TO_BE_REPLACED 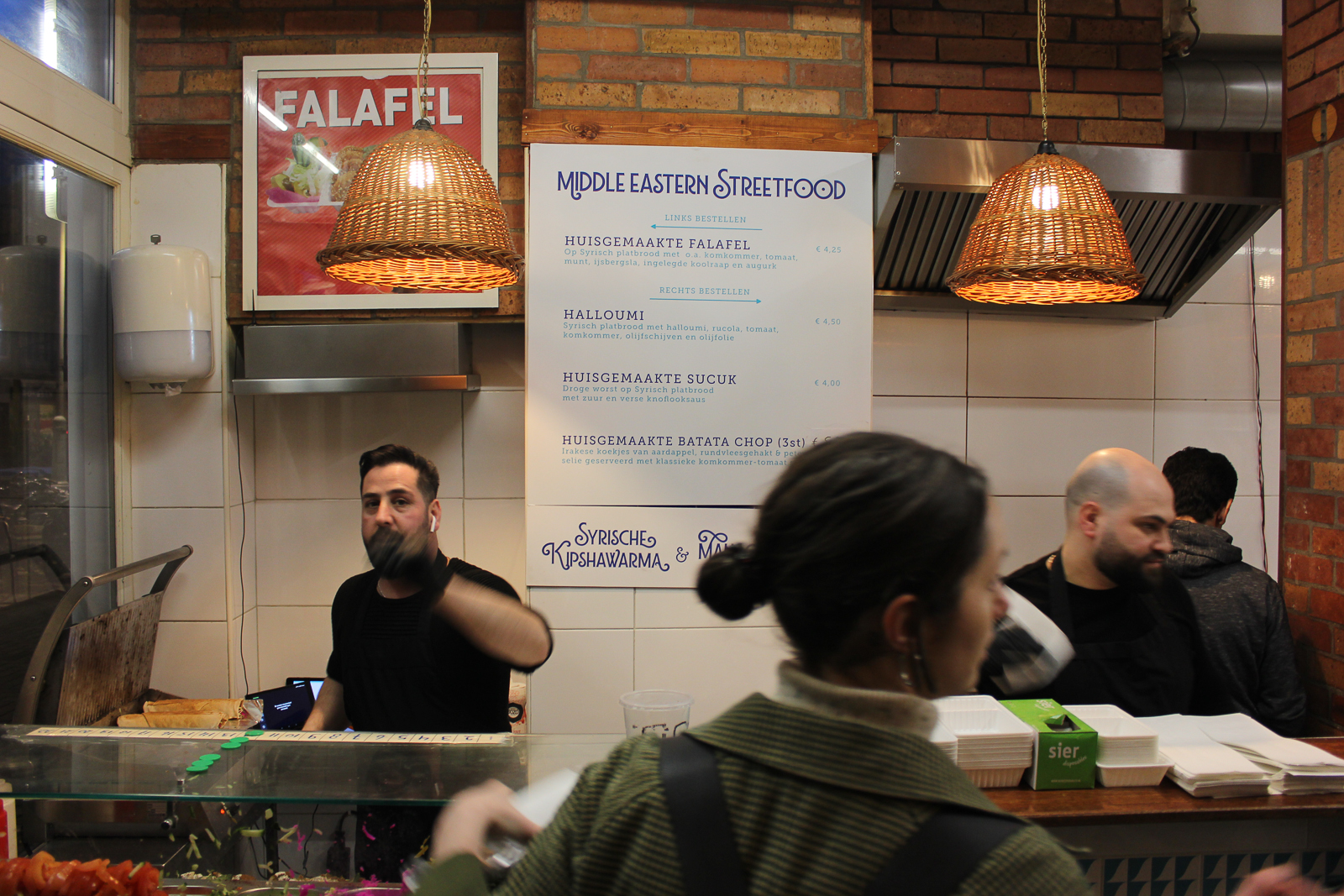 One of my favourite streets in town, Javastraat in Amsterdam Oost. The people in the street reflect the cultural diversity of Amsterdam and the bars, restaurants and shops are of an equally pleasantly diverse mix. One of the interesting shops worth a visit is Tigris & Eufraat. It’s a store with all kinds of Middle Eastern food and also houses a modest take-away, with some seating available.

Here they offer Middle Eastern streetfood, including outstanding falafel! At Tigris & Eufraat they roll it in a Syrian flatbread, which is the preferred way for me compared to a pita bread. Besides falafel they add to it pickled vegetables, lettuce, tomato, cucumber, mint, tahin sauce and hot sauce. Just tell them no yogurt sauce. END_OF_DOCUMENT_TOKEN_TO_BE_REPLACED

The menu at Het Ketelhuis was not always fully vegetarian, but they always had a lot of vegetarian options. But in their quest to become more sustainable they realised that meat is putting too much pressure on the environment, organic meat included. And from all the dishes ordered at the restaurant, most people were going for vegetarian options anyways. So, early 2020 they made the switch to a fully vegetarian menu! Read more 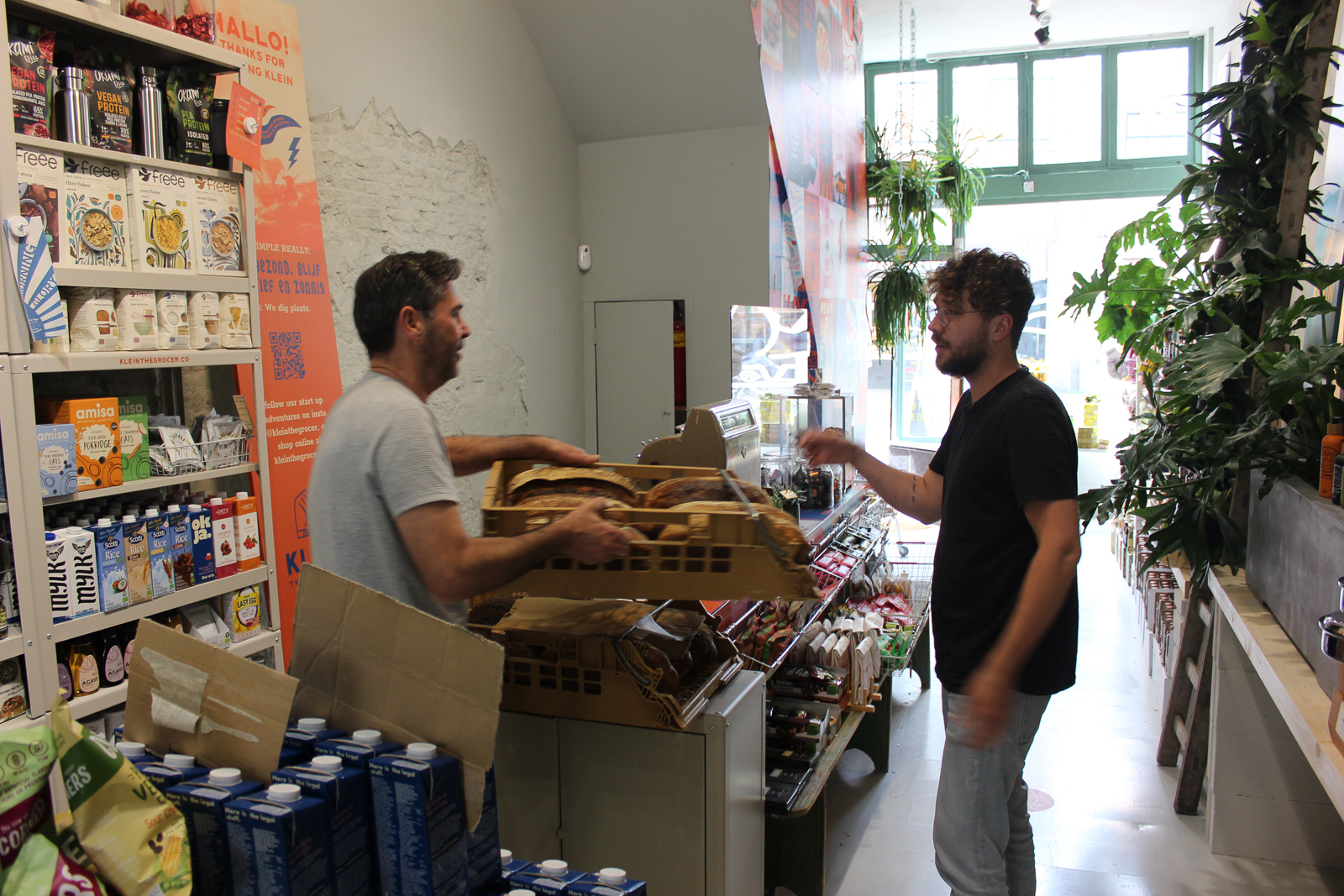 Food store Klein The Grocer recently opened at Haarlemmerdijk, and stands out by it’s strong visual appearance and aesthetics. Which you will note when cycling past in the street and even more so when you enter the shop. No wonder that owner Neil has a background in graphic design! He is originally from South Africa and has his own design agency there. But he always liked Amsterdam and was ready for a change.

Four years ago Neil went vegetarian. He always preferred the vegetarian option, but it was after watching documentary What The Health and eating amazing vegetarian food during a trip to Thailand that he made the switch: “I decided, that was it.” Now by opening his own food store he has the opportunity to devote his time to another passion in his life: good food. Read more