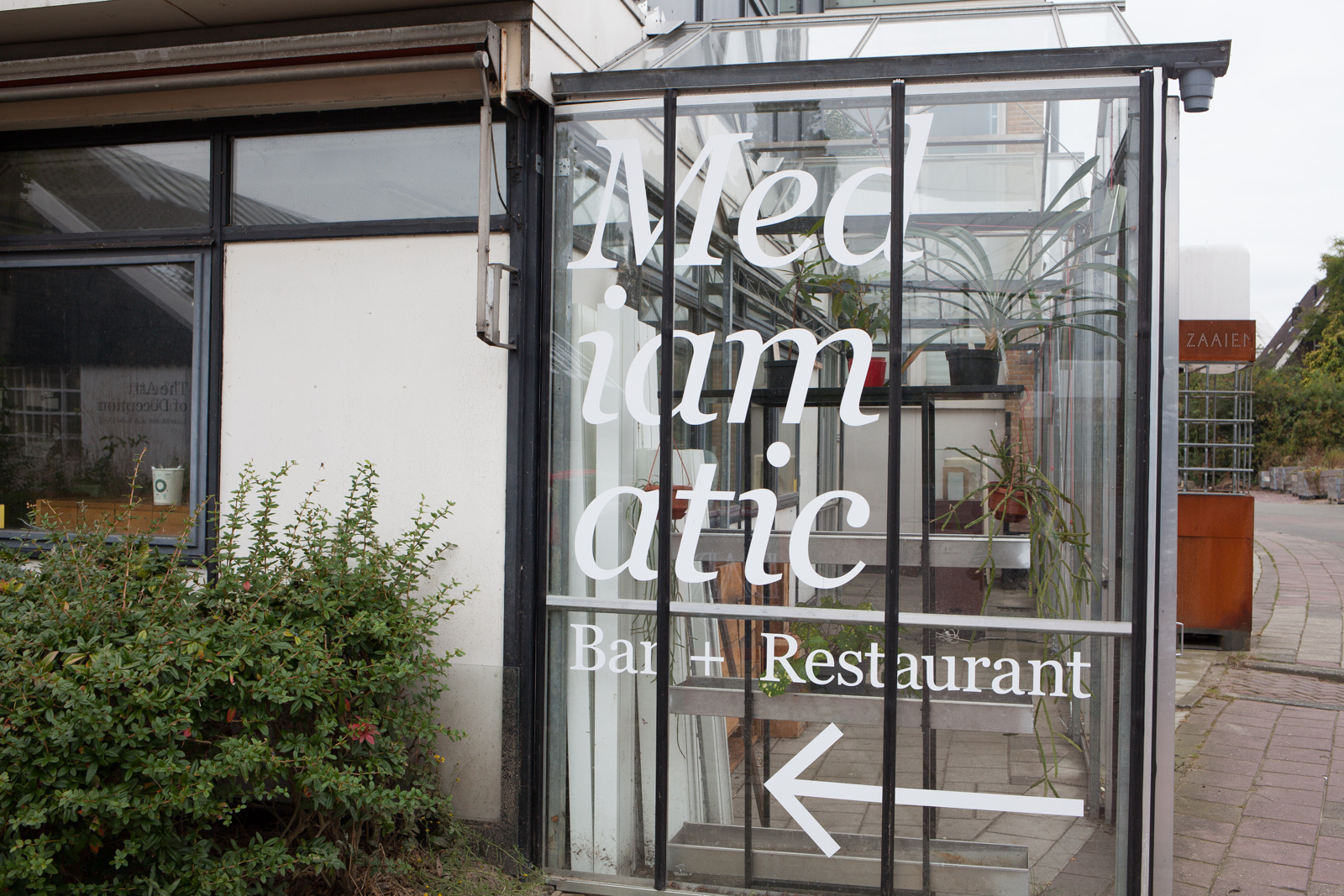 Mon-Wed only pizza
Thu-Sat only menu
Sun only pizza
kitchen opens at 16:00

Cultural institution operating on the intersection of art and social issues. Known for its smart, media-savvy experimental projects. Very open to the public, hosting workshops, lectures and such. Mediamatic has been located at various spots in town but currently exists at the waterfront of pittoresque Dijksgracht, close by the public library and central station. Their restaurant is open all day, although serious food is only available later in the day. From within the restaurant as well as from the outdoor terrace there’s a fabulous view on the city.

The front of the interesting menu does a great job in normalising vegan food – most of their dishes are vegan! Four days a week they focus entirely on pizzas. The other days one can eat curry, mushroom dishes, fermented food (like kim chi) and a few other options. The only non-vegan options on the menu are oysters and occasionally fish.

Just know that Mediamatic focuses on plant-based food out of reasons of sustainability, not because of the animals. They keep lots of African catfish in a tiny tank in the greenhouse for their aquaponics project. 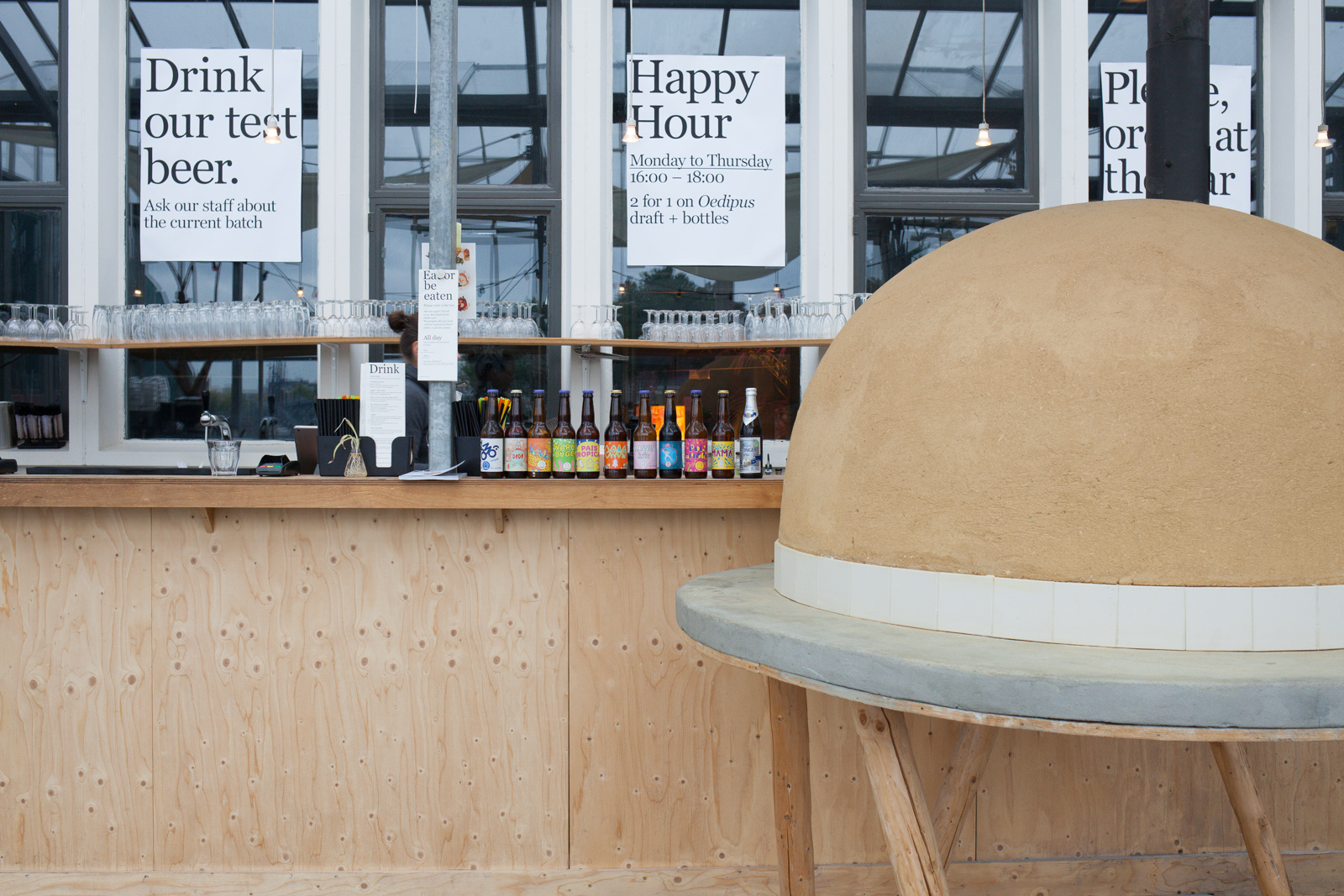 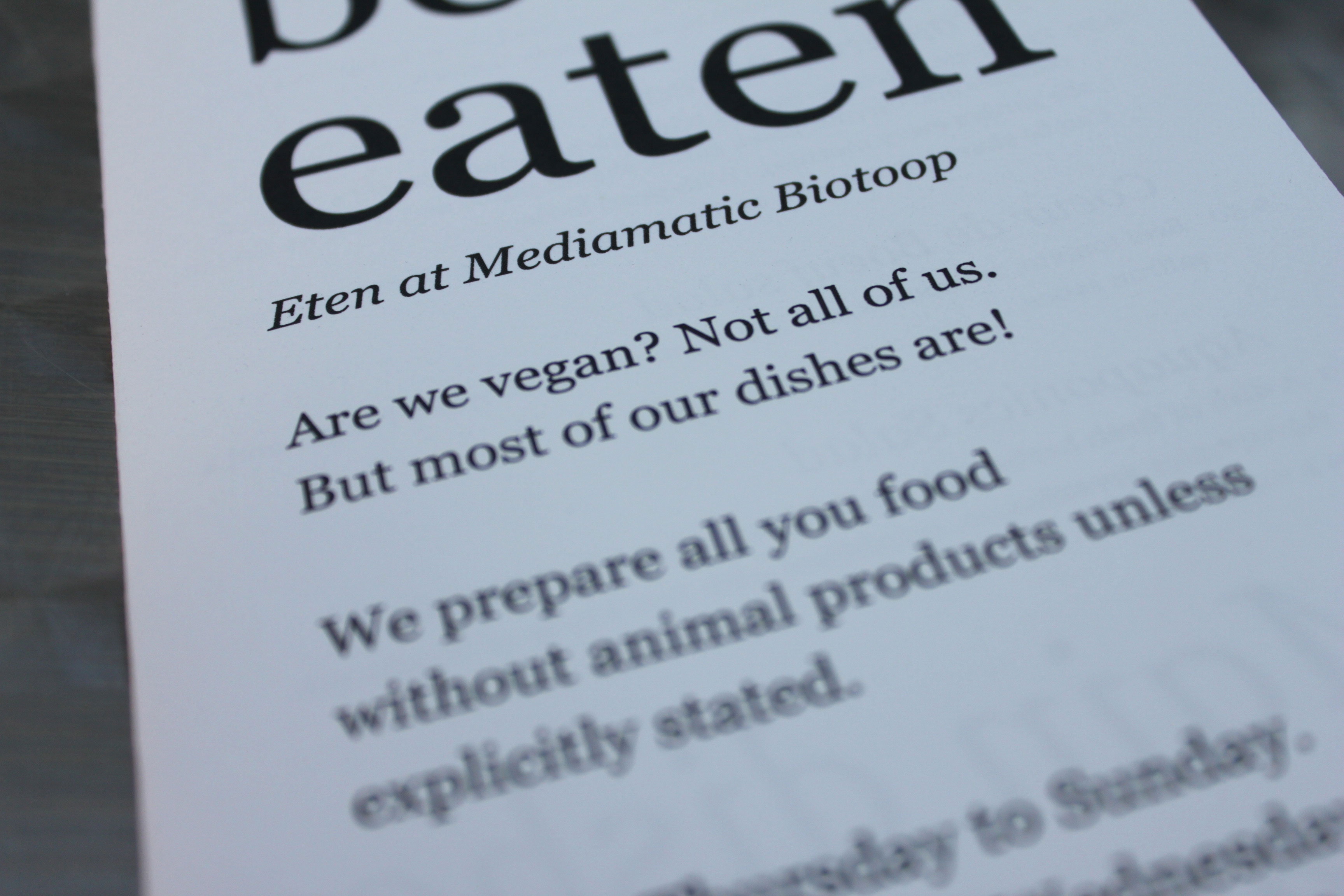 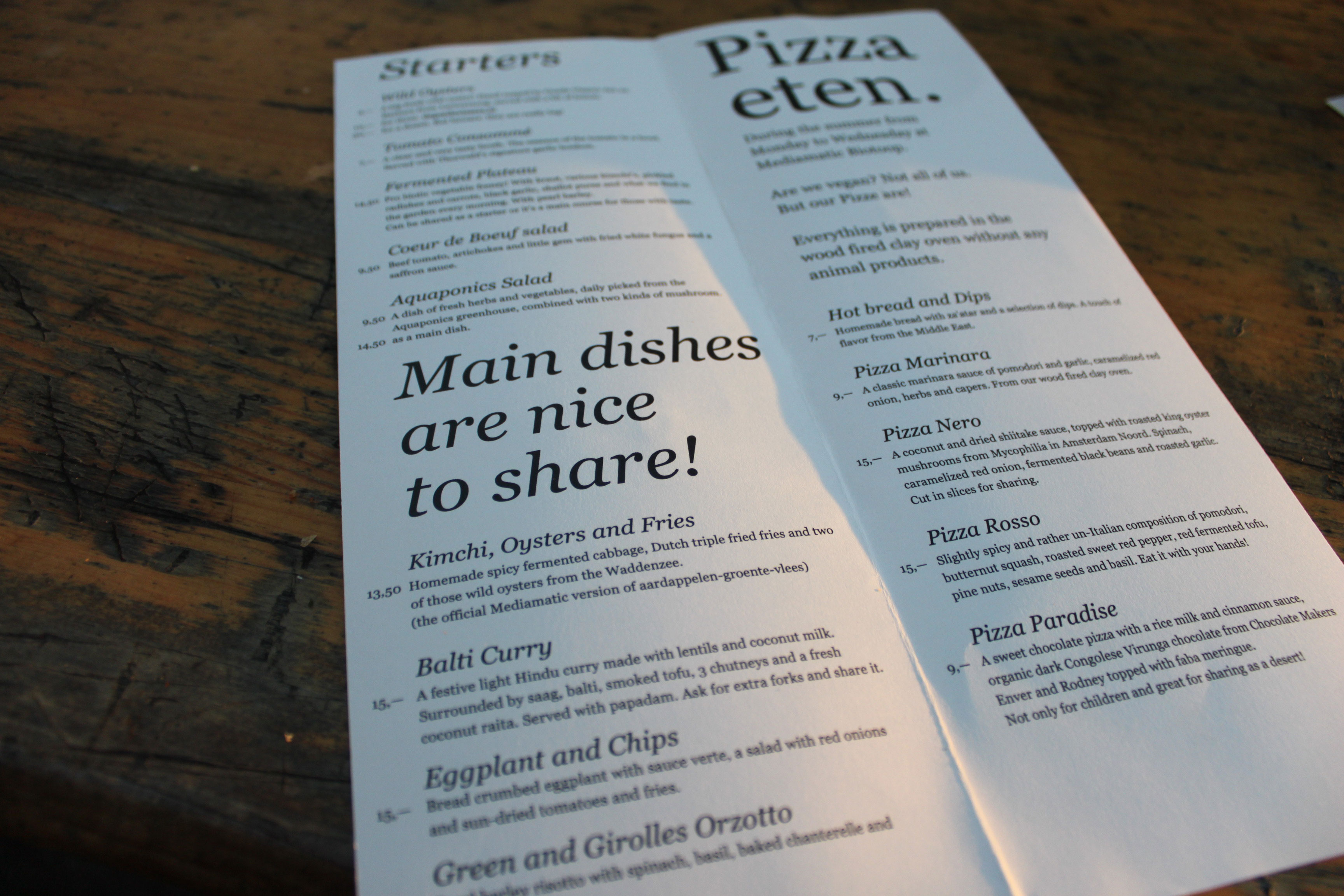 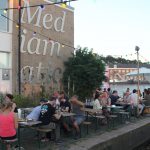 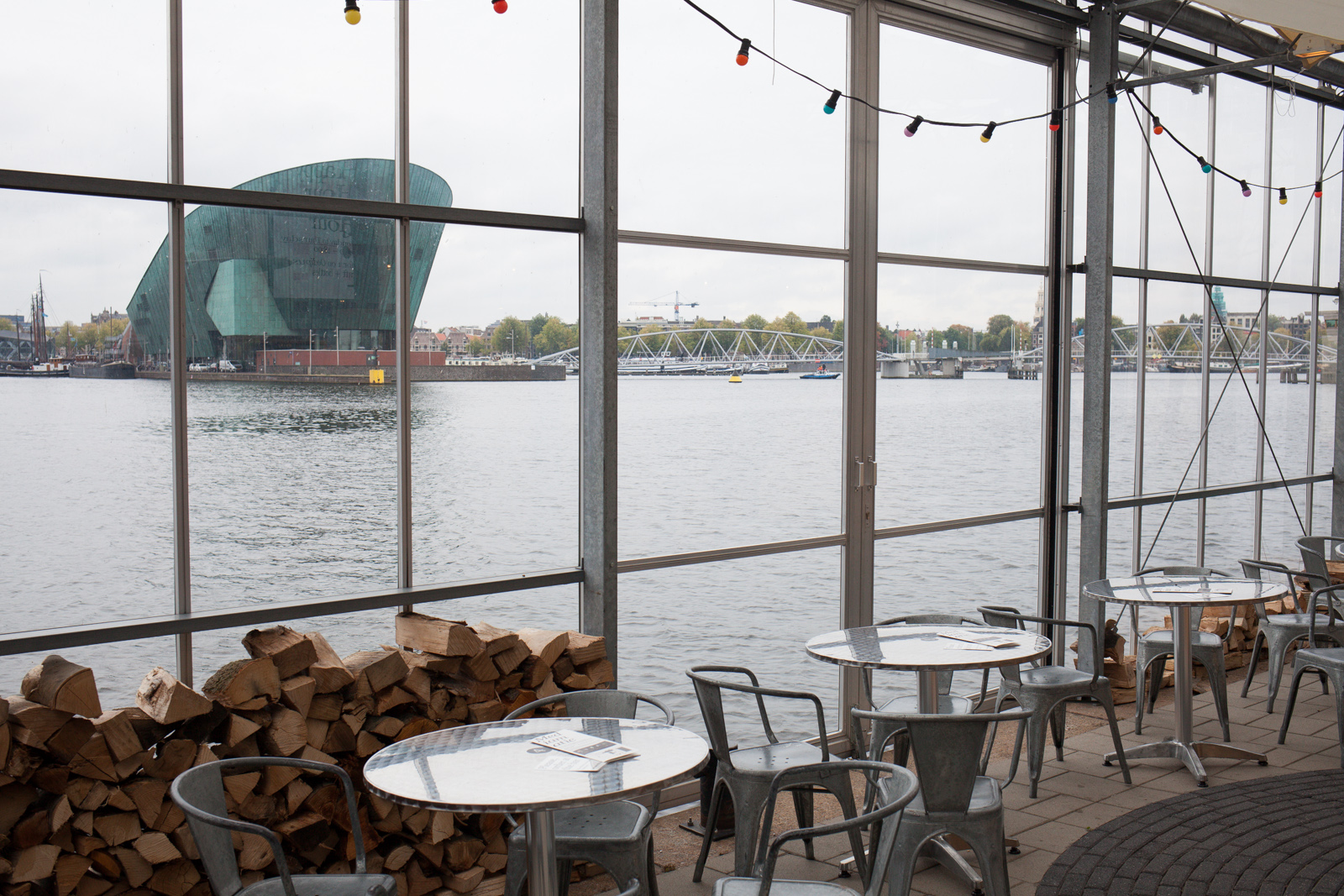 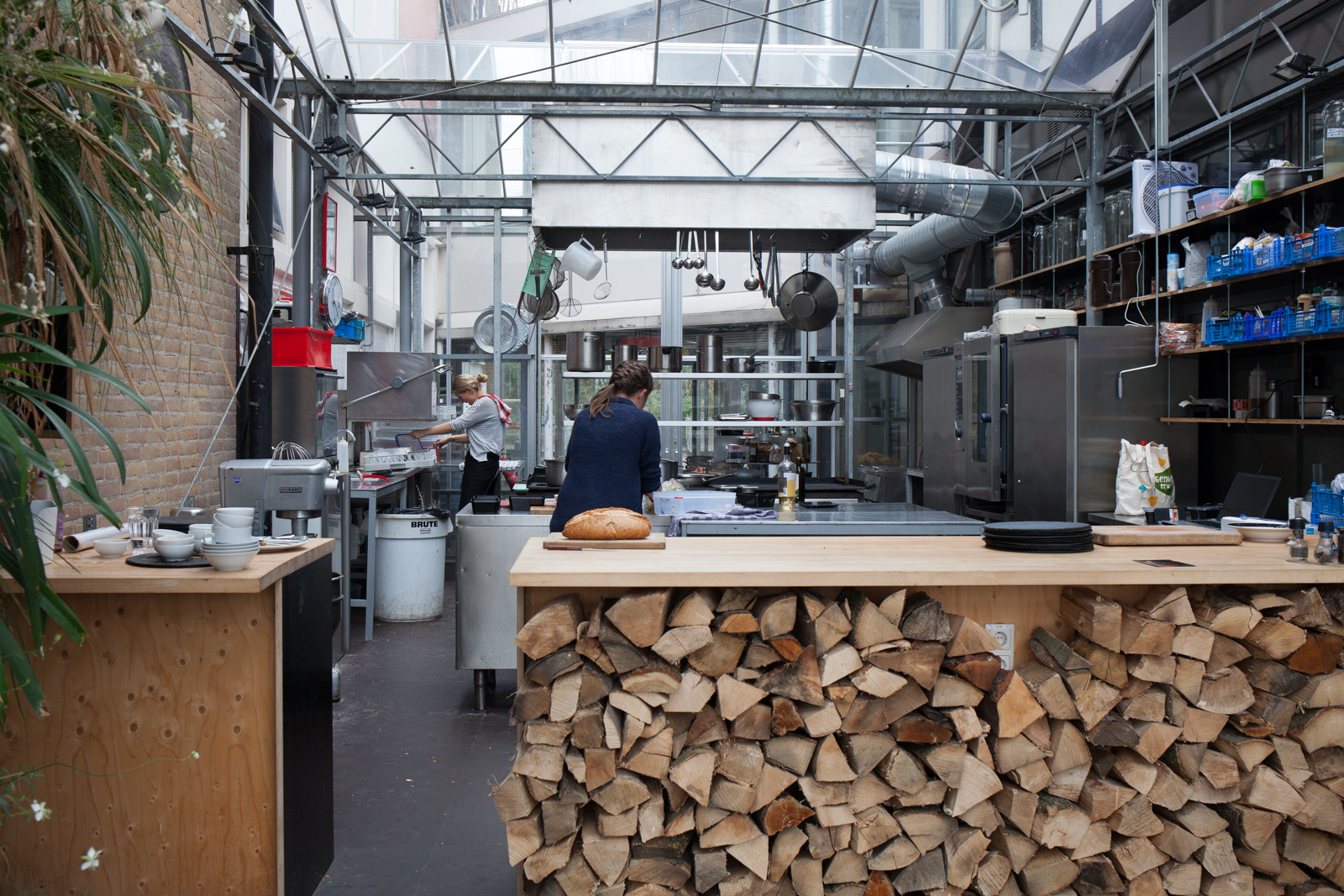 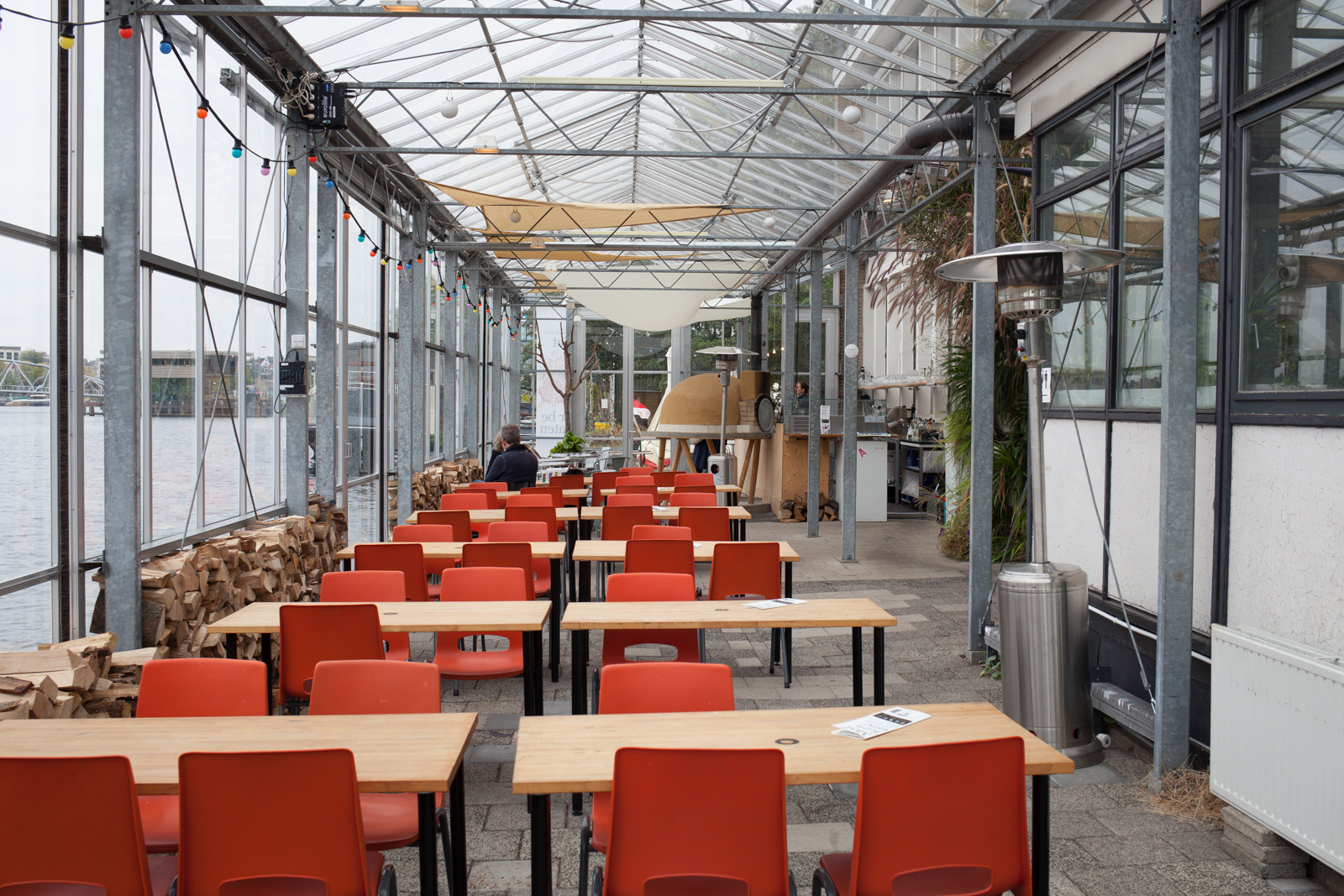 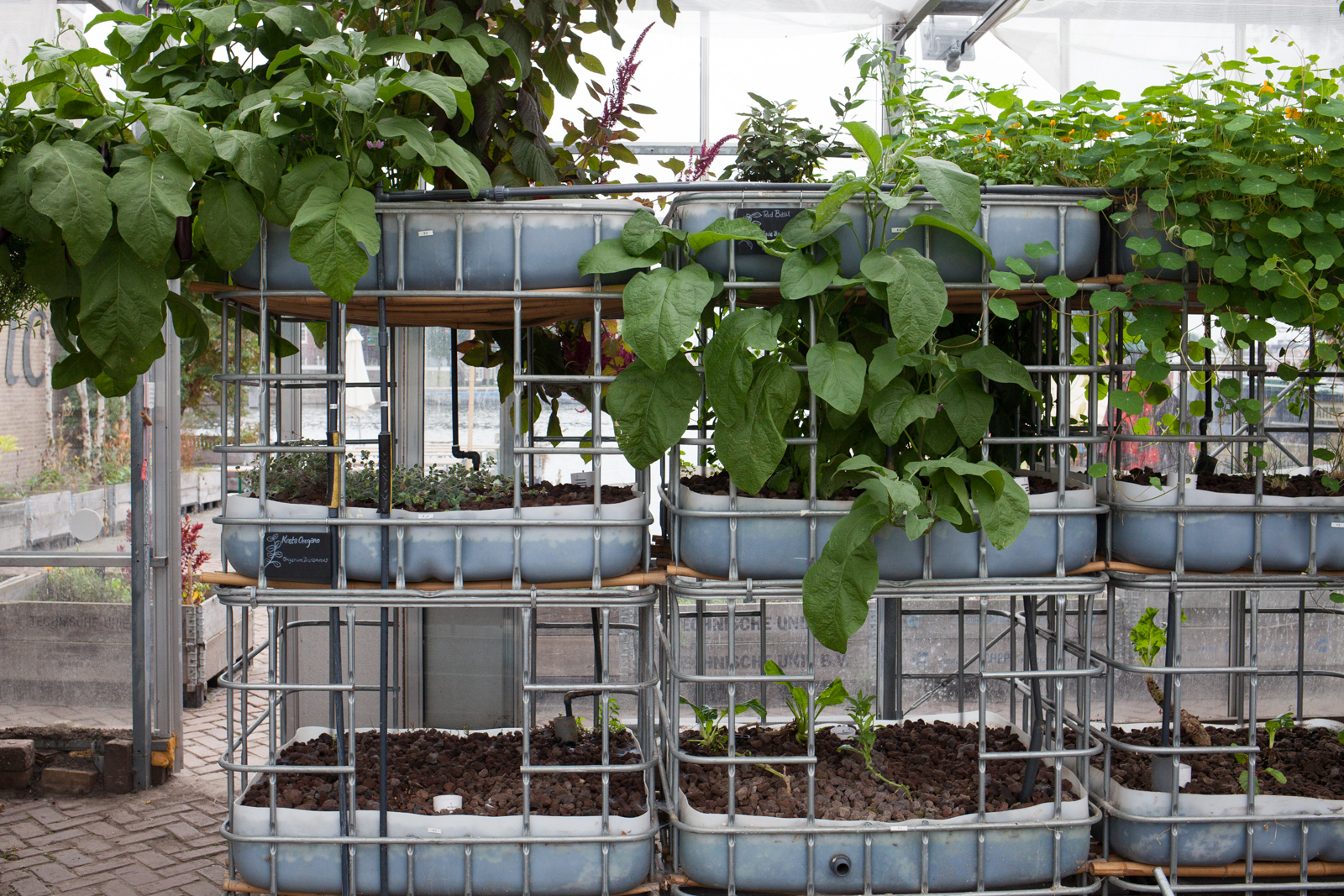 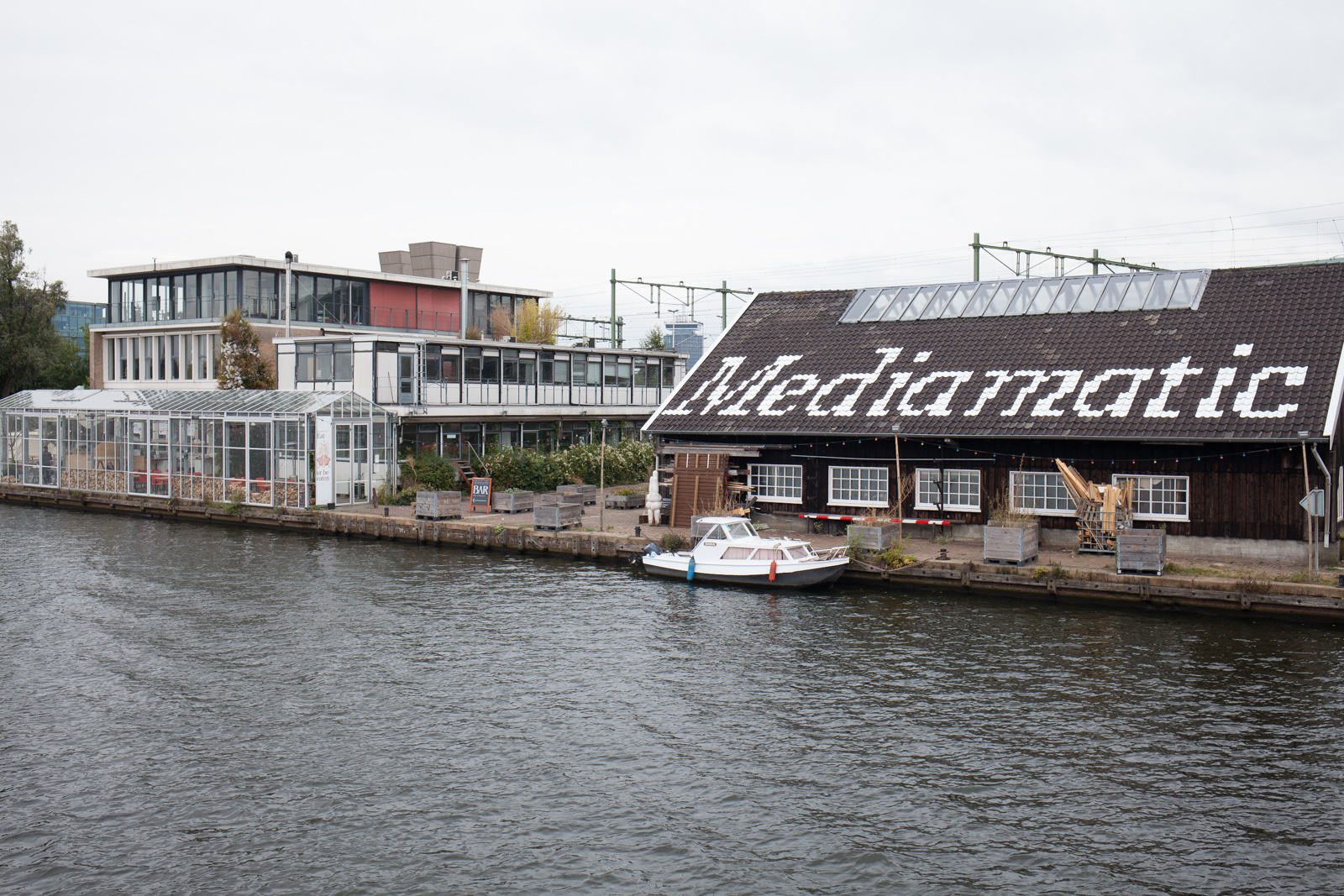