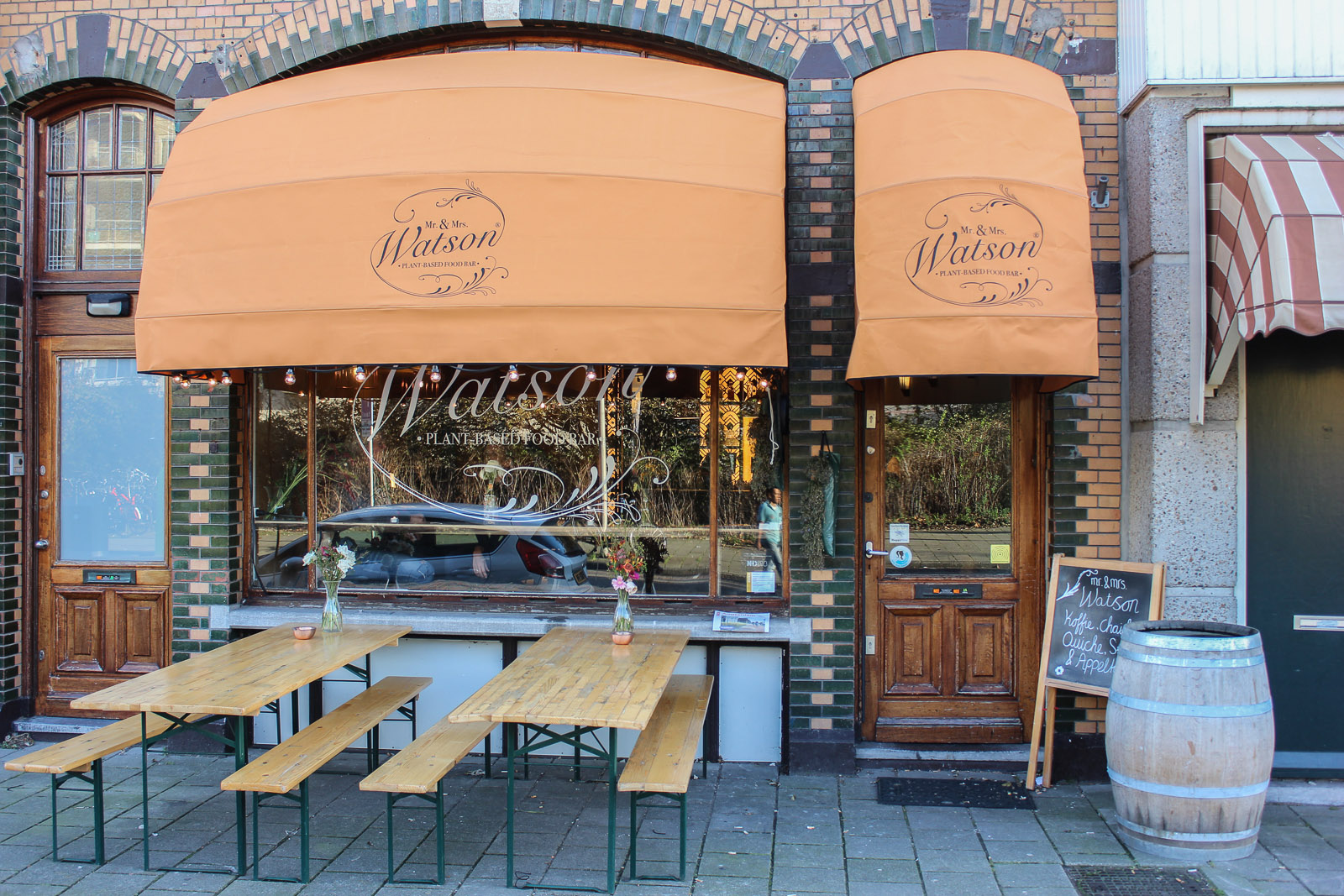 Mr. & Mrs. Watson is one of the newer vegan restaurants in Amsterdam, with a more fancy feel. Known for its selection of homemade vegan cheeses. Open for lunch as well as dinner.

Best friends Aleid Koopal and Kirsi Rautiainen felt like Amsterdam had only limited choice in creative plant-based cuisine options, especially compared with the bigger cities abroad. As committed vegans with a passion for hospitality business, they decided to follow their dream and make vegan food accessible for more people by opening their own place.

Named after the guy (and his wife) who coined the word veganism (back in 1944!), Mr. & Mrs. Watson opened summer 2017 after a successful crowdfunding campaign. 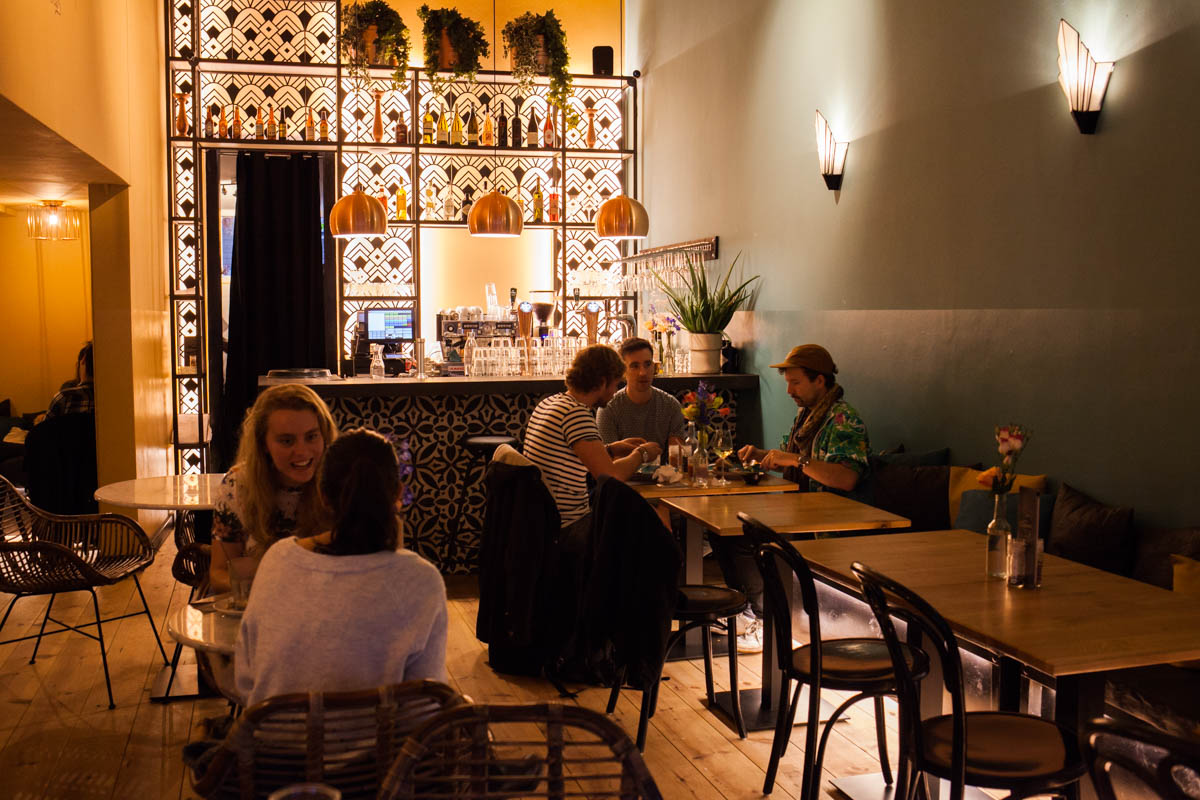 A unique part of the menu are the outstanding vegan cheeses. Made the same way as actual brie or roquefort, just with plant-based ingredients, it’s no exaggeration to say that these can probably compete with some of the world’s best vegan cheeses. Other notable dishes are the Sloppy BBQ Bun based on jackfruit, and the tiramisu. A few items on the menu change every month.

The lunch menu is pretty diverse, from toasted sandwiches to soup, salad or quiche. There’s even a snack menu for cocktail hour! All wines on the drinks menu are vegan of course, also cocktails are available.

The restaurant is spread over two floors. There’s also outside seating on the sidewalk in front of the restaurant, which makes for lovely summer nights.

Oh and not just the food is vegan – the covering on the benches indoor is made from pineapple leather! You might wonder about the portraits on the wall? Those are some of the people who participated in the crowdfunding.

Mr. & Mrs. Watson is located in Amsterdam Oost, just a stone’s throw away from shopping centre Oosterpoort and nearby Watergraafsmeer. 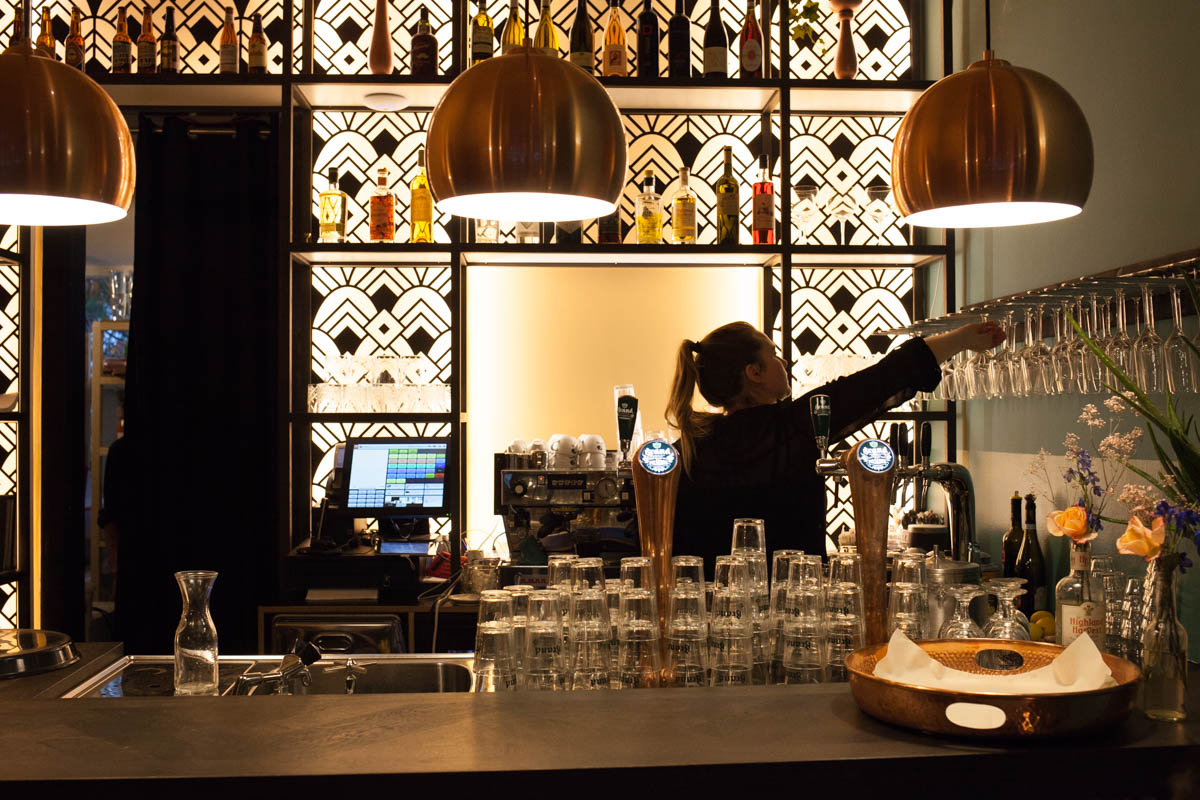 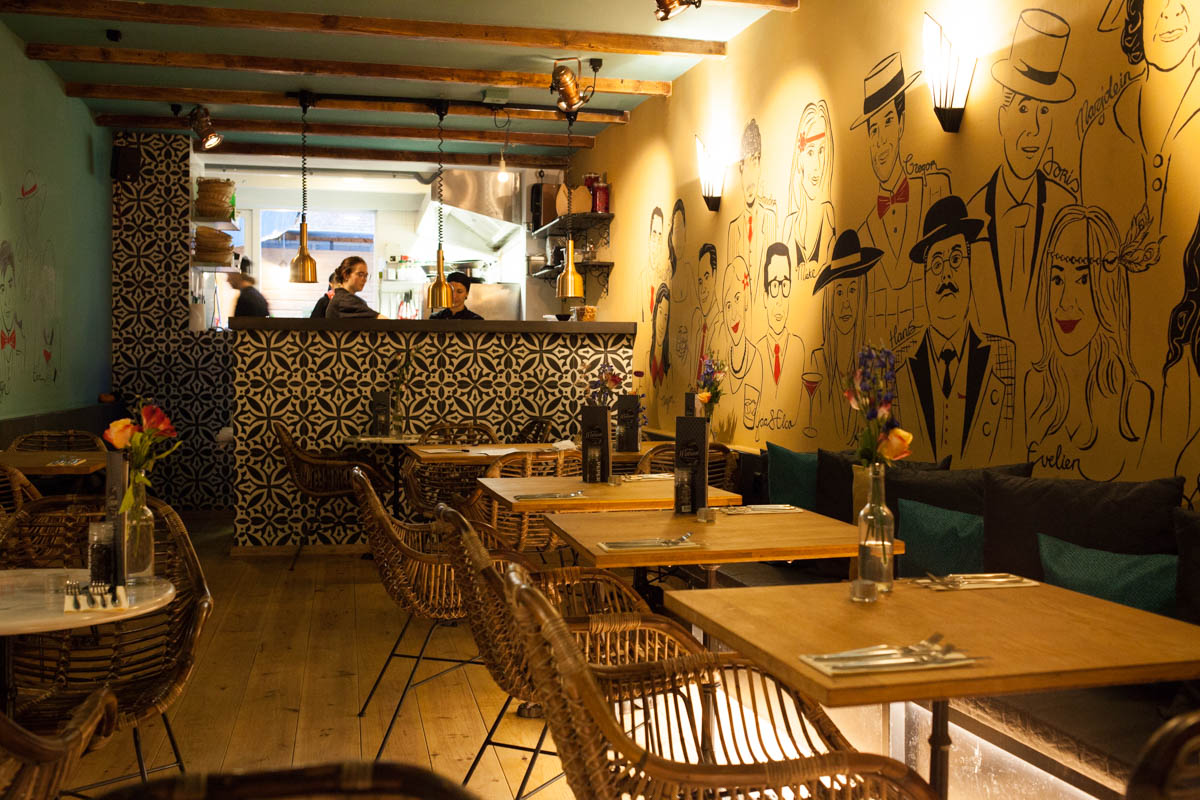 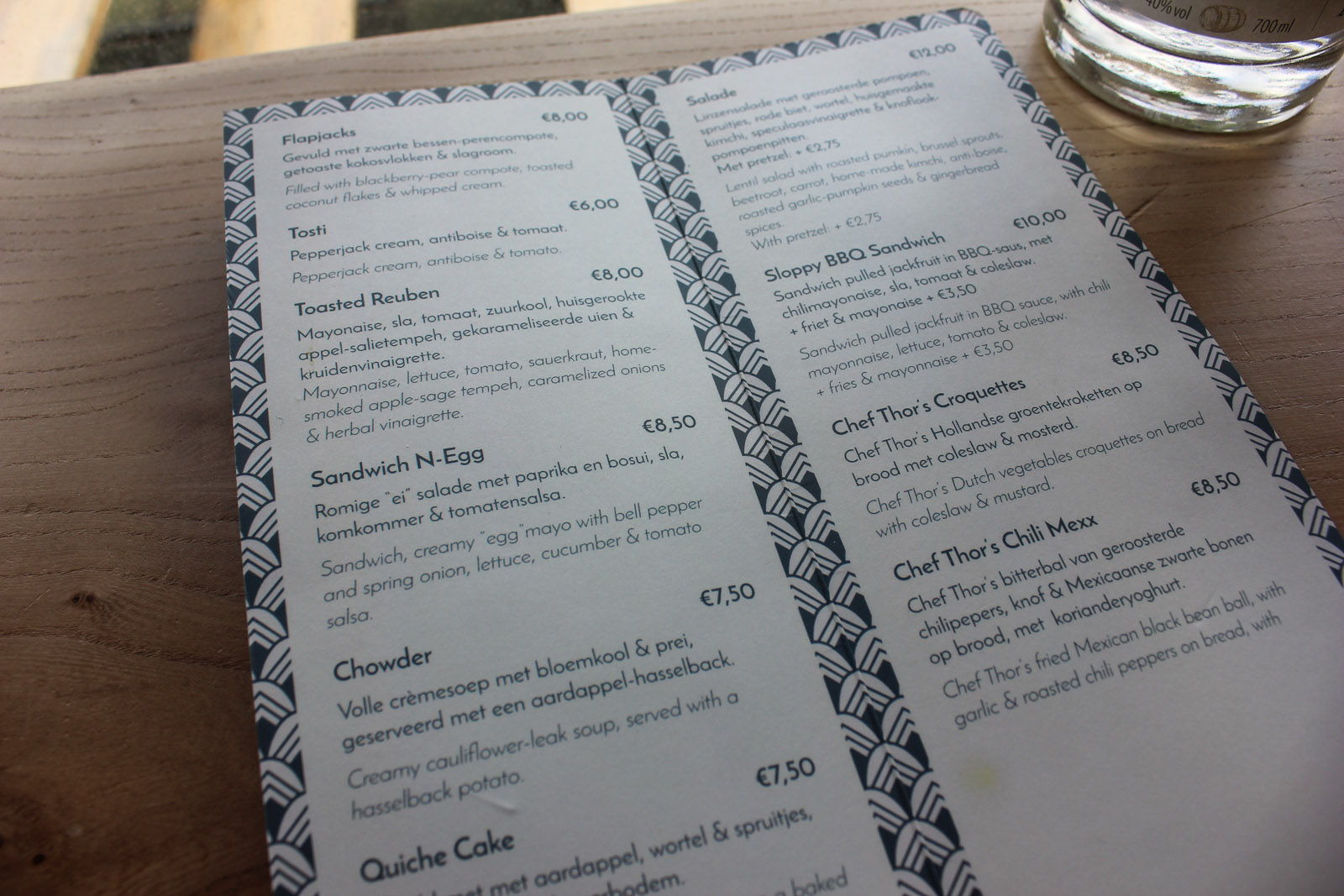 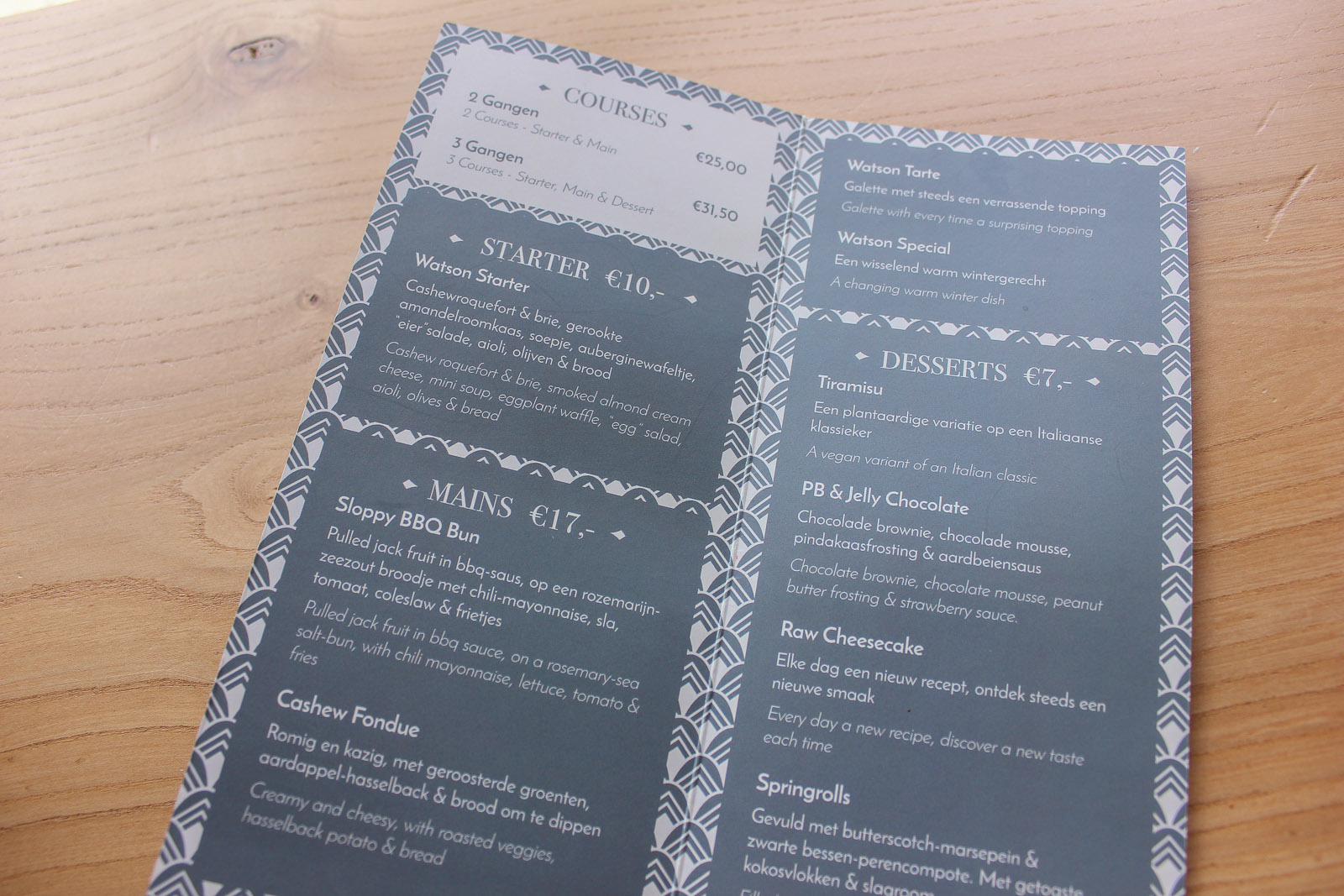 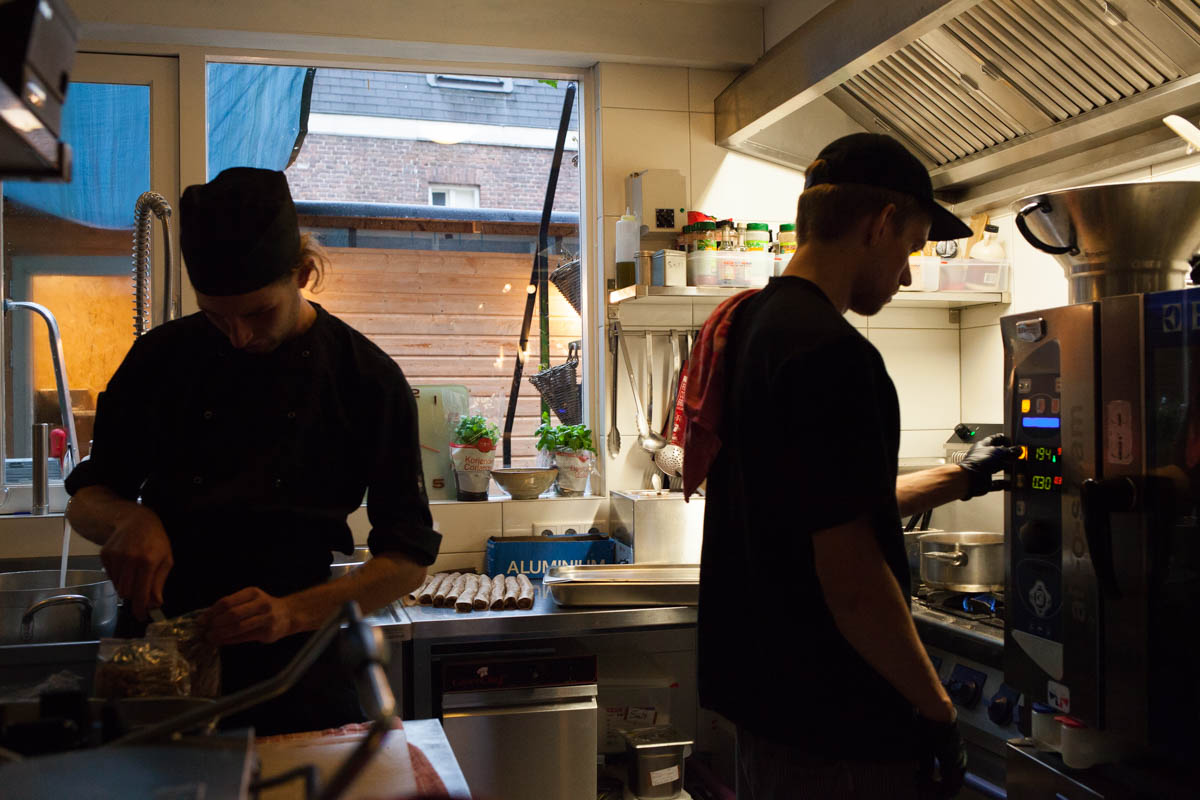 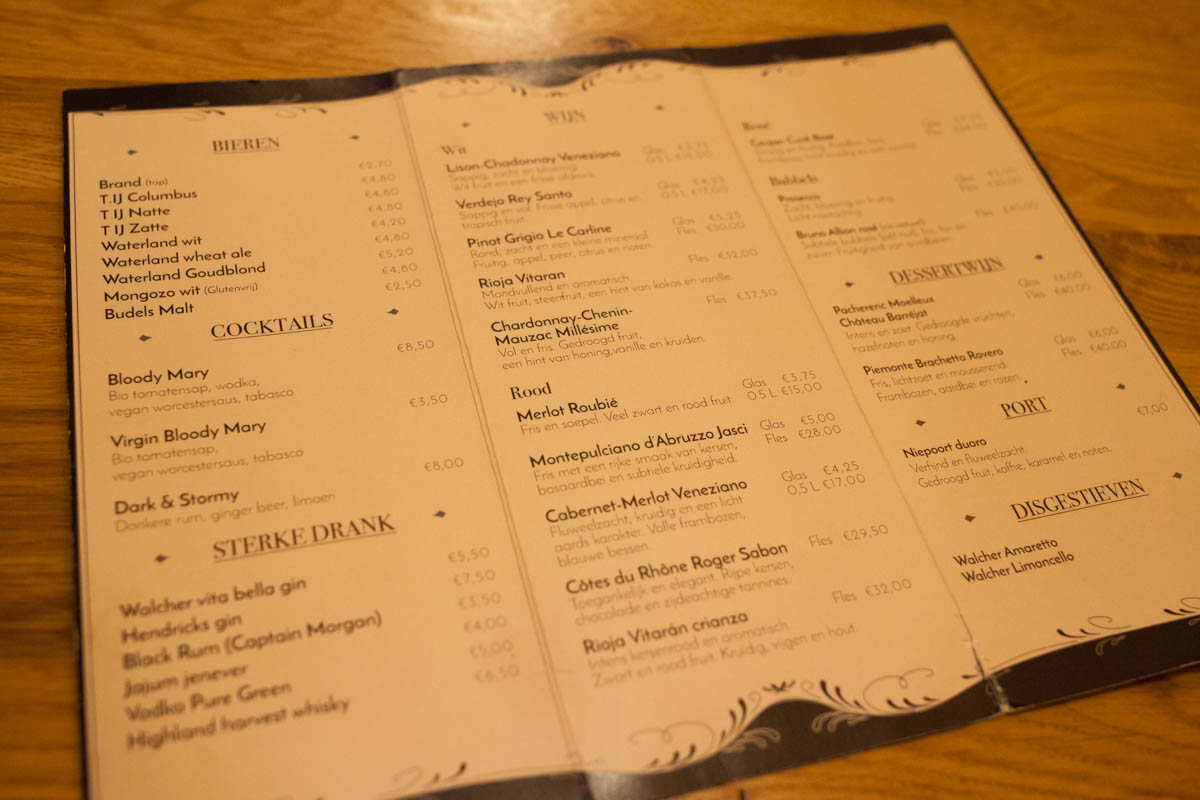