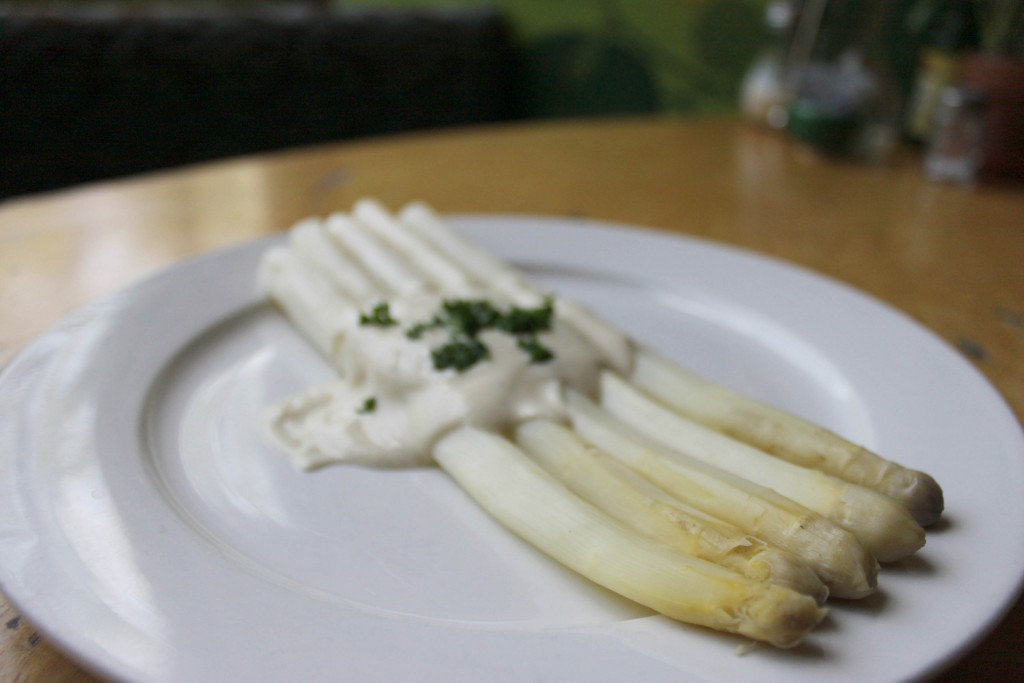 Aaah asparagus, a true sign of springtime. In the Netherlands the white ones are the most common. They are cultivated primarily in the south of the country, where you often can buy them directly from the farmer. They are generally available from mid April until mid June, so take advantage while it lasts.

A traditional way to serve asparagus is with Hollandaise sauce. The non-vegan version is a kind of warm mayonnaise, using eggs and butter. Most vegan recipes use either silken tofu or are more like a bechamel sauce. In order to stay close to the original recipe I used vegan margarine. The preparation method is eventually similar to making vegan mayonnaise.

2. Cook the asparagus for five minutes in boiling water. Turn off the heat and leave the asparagus in the hot water for an additional 15-20 minutes, until they are tender.

3. Slowly melt the margarine in a small saucepan on the smallest flame. When melted take it off the fire and leave to cool down.

4. Put the soymilk in a high cup and start mixing with a hand held blender. Very slowly add the melted butter and keep on mixing. Eventually the soymilk mixture should get thicker.

5. Add the soymilk mixture into a small saucepan and slowly heat it. Add the lemonjuice and salt and pepper to taste. 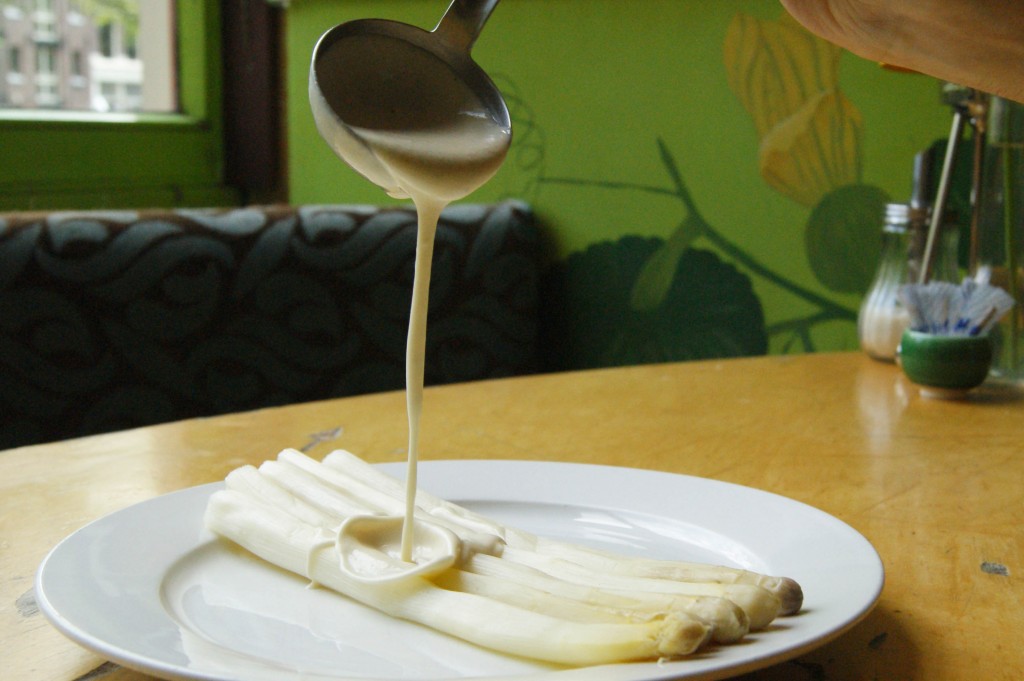 6. Pour the sauce on top of the asparagus and sprinkle some parsley on top. Serve with boiled potatoes. 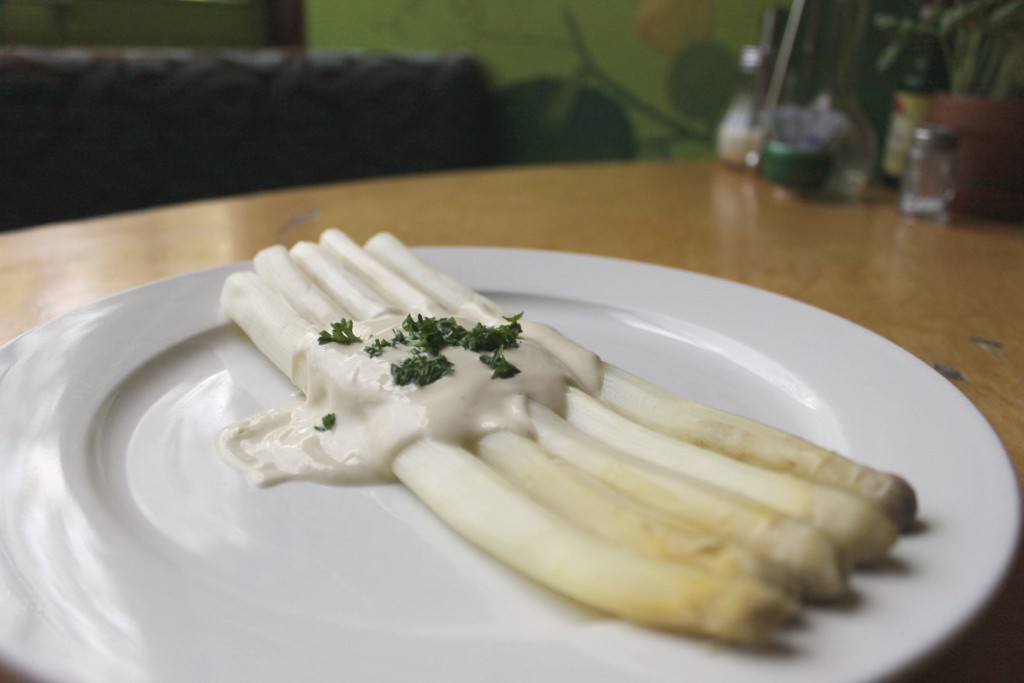