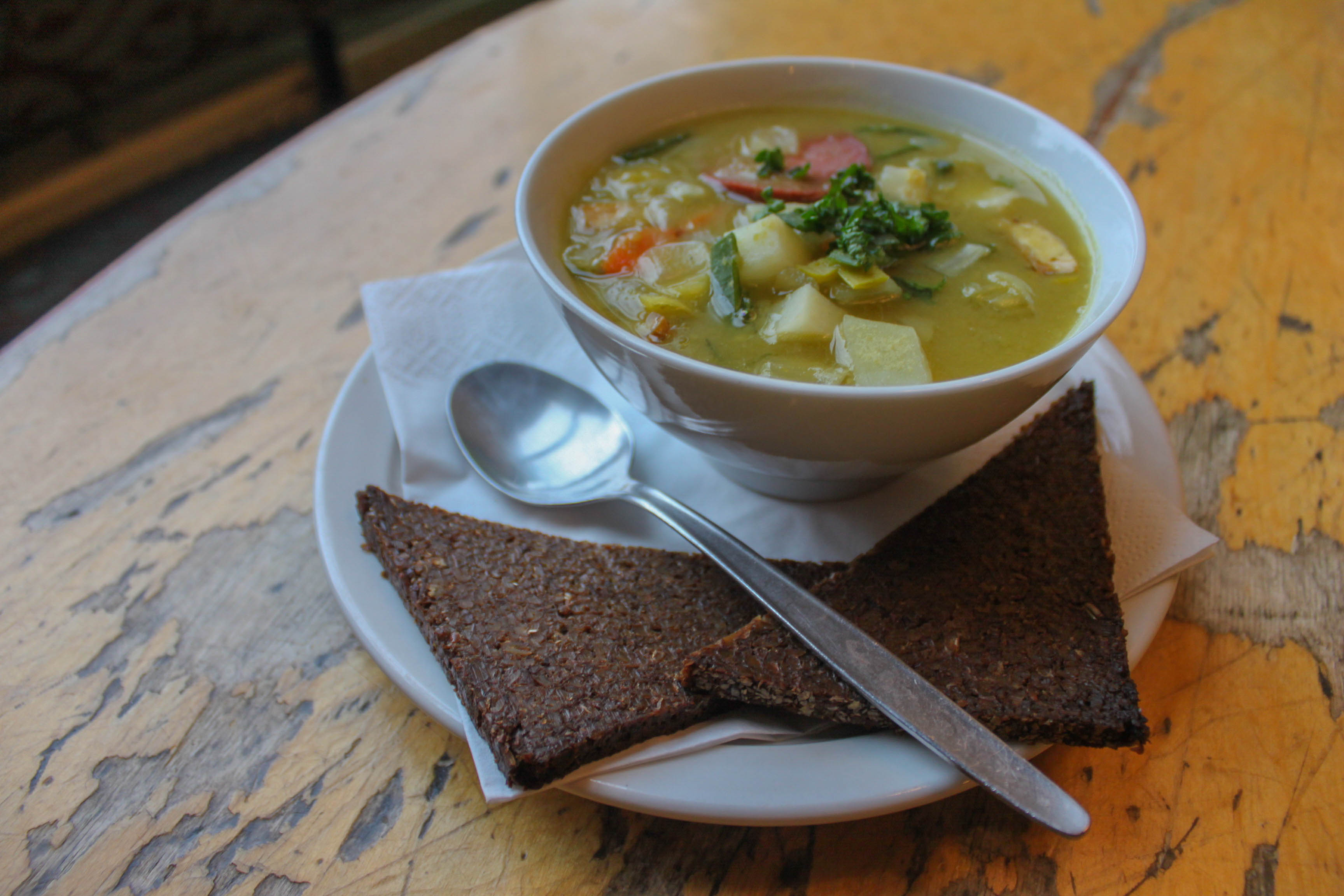 Split pea soup is a true Dutch classic and also one of the few Dutch dishes with legumes as an ingredient. It’s also known as snert in the Netherlands, which besides the name for the soup also refers to something which is worthless or cheap. This apparently originated in the shipping industry when the cook used leftovers to make a split pea soup of questionable quality…

Dutch split pea soup uses green split peas and is very thick. It’s typically a winter dish. Traditionally it contains bacon and smoked sausage but you can replace these easily with vegan versions.

Serves 6 people as a meal

1. Put the split peas and water in a stock pot, stir and bring to a boil. Then turn it down to the lowest heat. Simmer for about an hour. 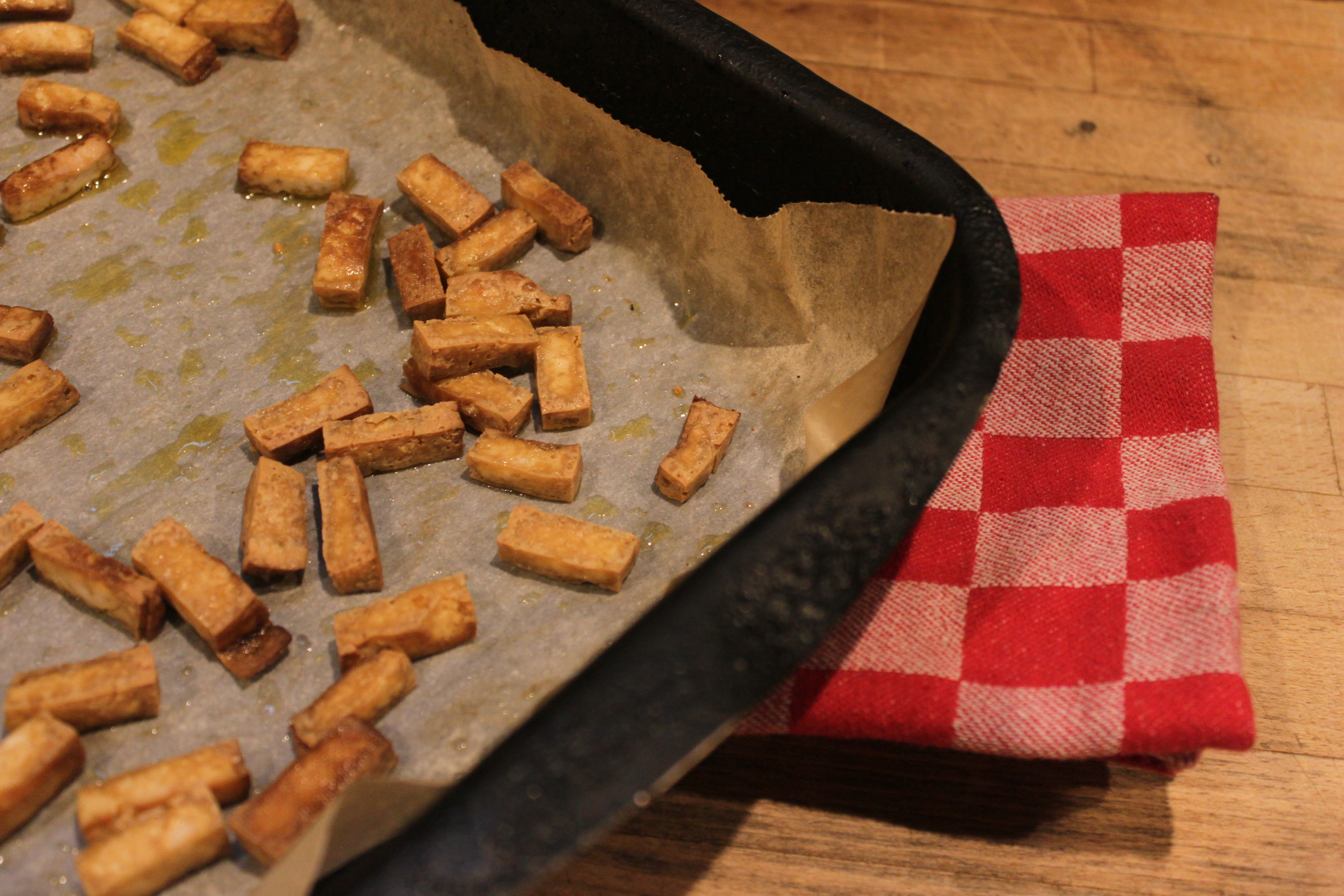 2. In the meanwhile, roast the tofu pieces with some oil in the oven on a high temperature, until slightly crunchy.

3. After the split peas have cooked for about an hour, add the vegetables. Add salt and pepper to taste. Continue to simmer for about half an hour. When the veggies are soft and the split peas are tender yet not fully dissolved, the soup is ready. 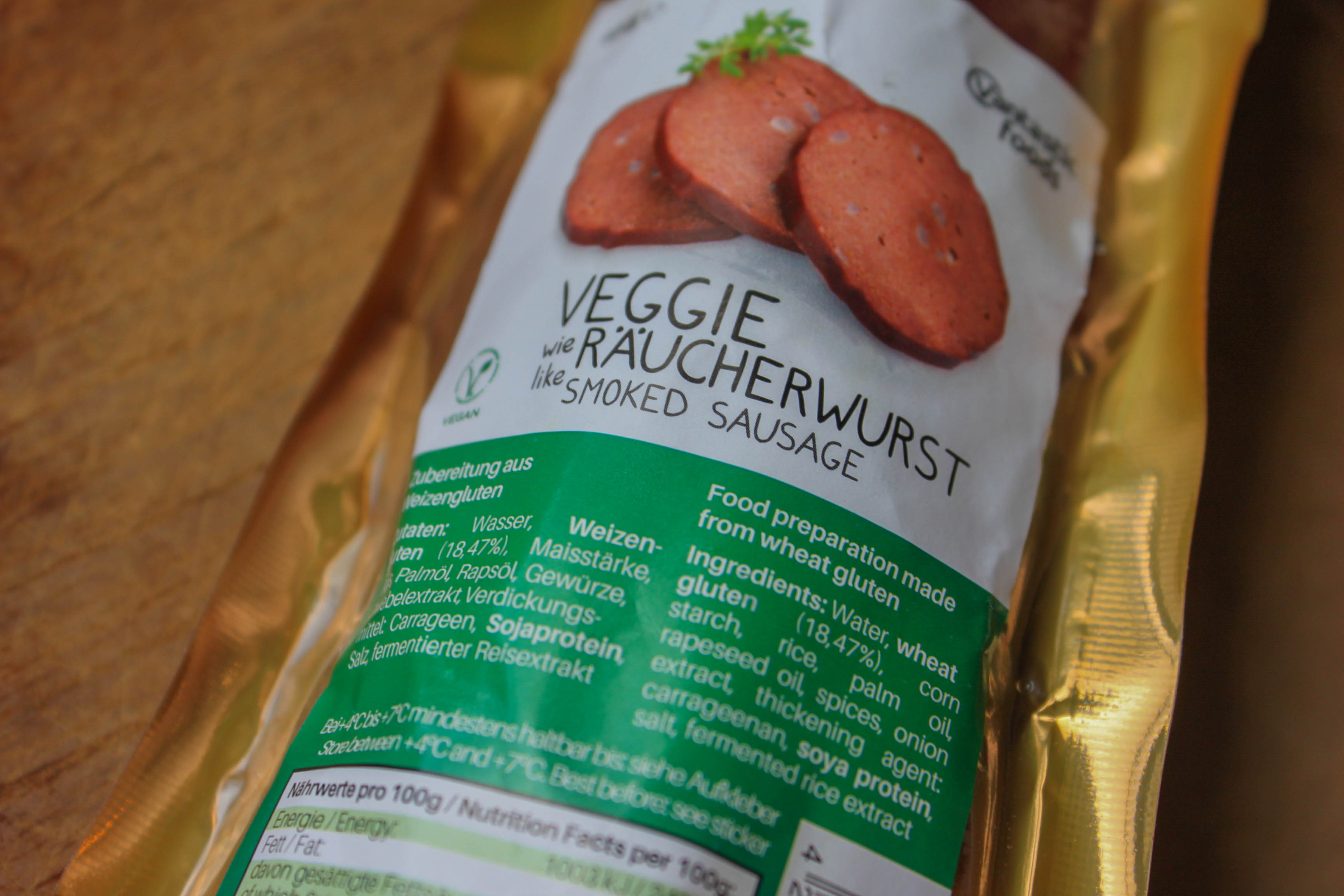 4. Add slices of the sausage to the pot or your bowl, as you prefer. Serve with some chopped parsley or celery leaf sprinkled on top. 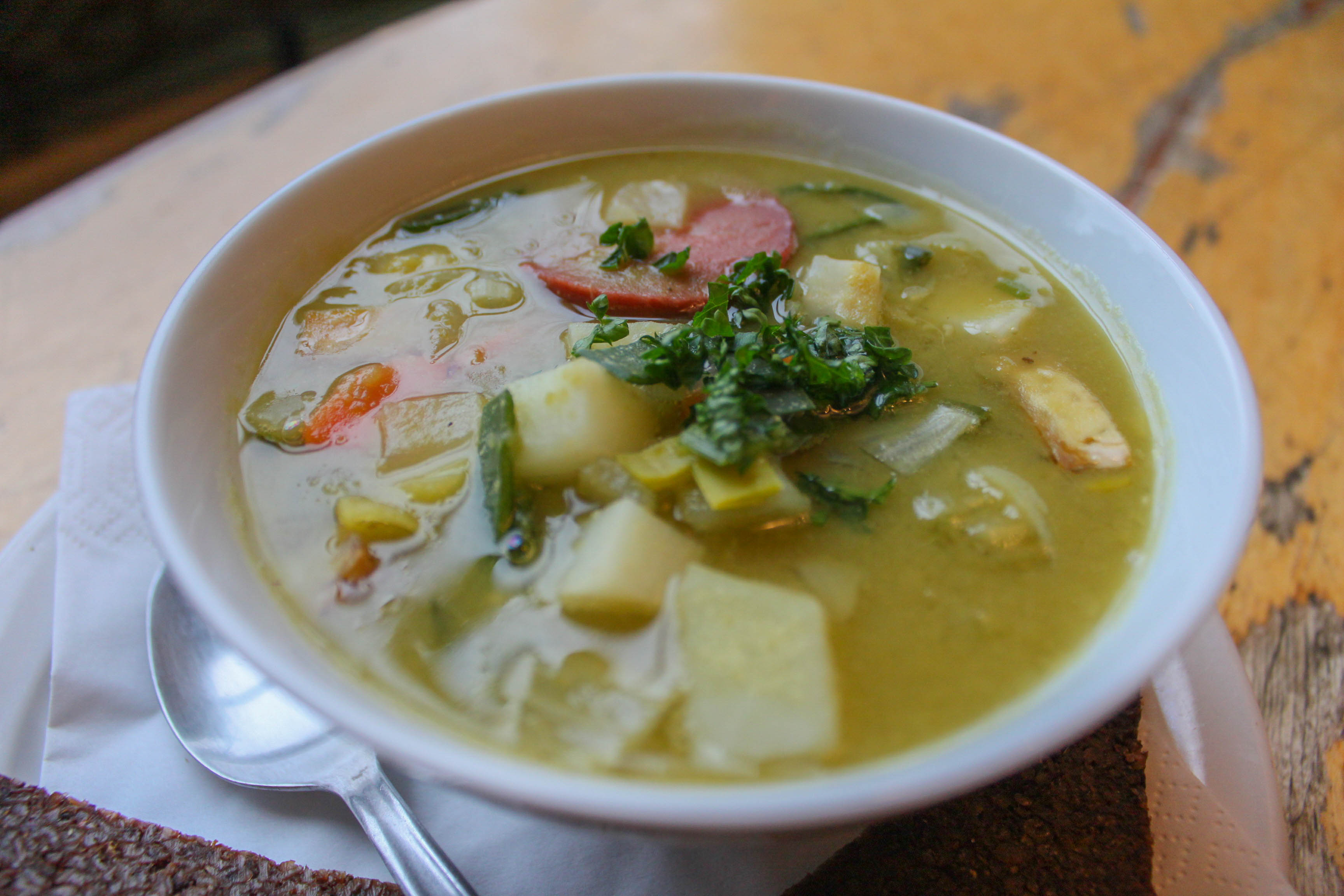 This soup is best enjoyed a day later to allow the full flavour coming out. Or at least a little while after cooking, as the soup will also thicken. Soup lovers insist it should be as thick as to allow a spoon to stand right up in it! Traditionally we eat it with rye bread, with some vegan butter if you want. Enjoy!