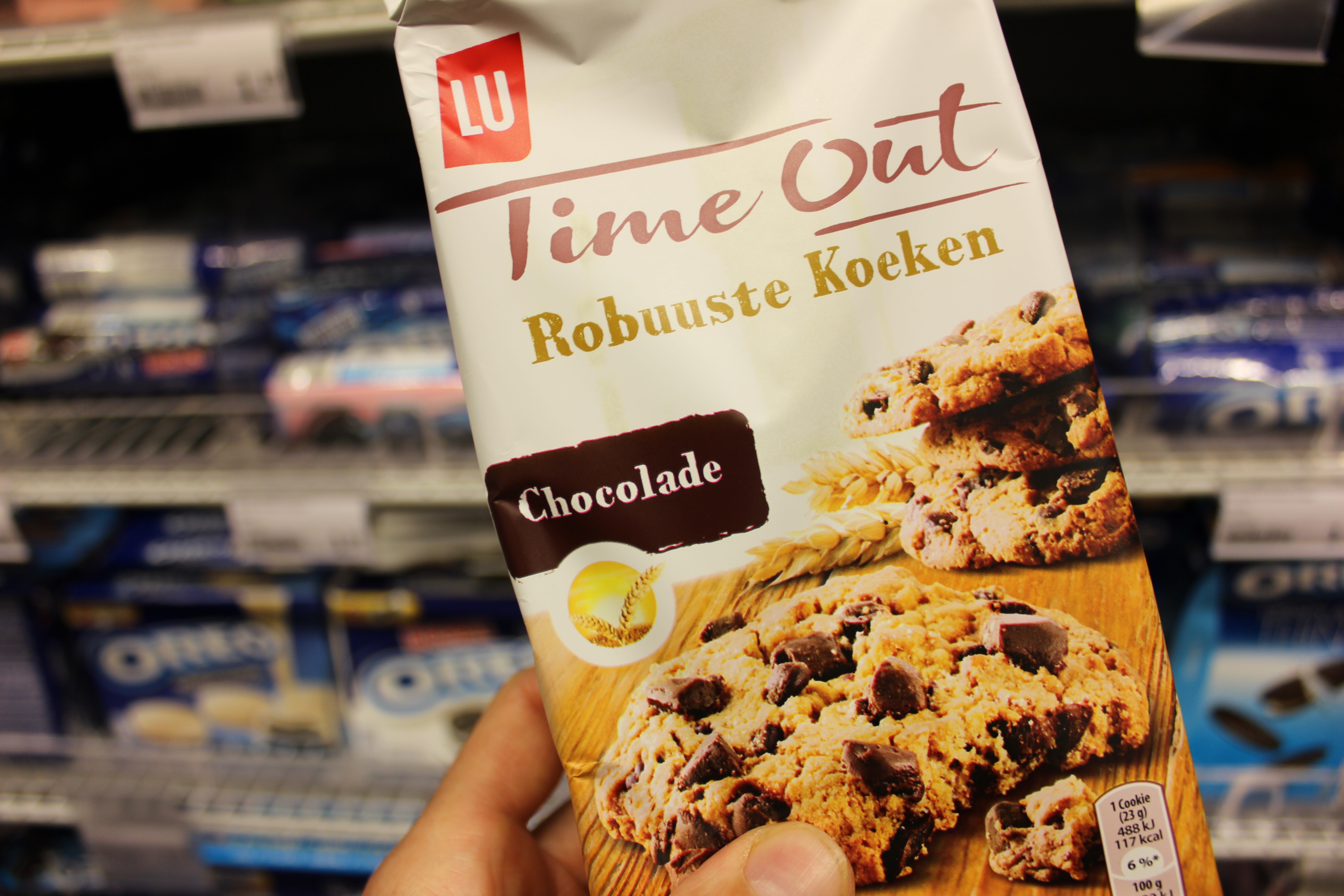 You’ll quickly find out that at least in the city centre, there are almost no other supermarkets besides Albert Heijn. Much to the annoyance of many locals. If you are looking for a big supermarket in the centre, the Albert Heijn close to the Dam square would be the obvious one. The Jumbo supermarket at Stadhouderskade (De Pijp) recently introduced a few giant vegan sections in their store, if you’re nearby you should check it out!

For processed food, Dutch supermarkets nowadays tend to be pretty good for vegans. In recent years more and more products specifically aimed at vegans are being made and it’s not that uncommon anymore to see the word ‘vegan’ on a package. Some Jumbo and Spar supermarkets even have 100% vegan fridges!

A great help is the website Gewoon Vegan, which lists heaps of Dutch supermarket products which are vegan, intended or not.

Apart from the supermarkets, there are also some great toko’s (Dutch word, originally Malay, for non-European food stores) here and there. With so many nationalities living in Amsterdam you can find for example specific Chinese (like this one), Turkish, Surinamese, Polish, Italian or Indian stores. And then there are some stores aimed only at tourists, often also aptly named ‘supermarket’.

Ekoplaza is the biggest chain of organic stores and you can find them in most neighbourhoods. Independent organic stores are only few, one of them is De Aanzet (De Pijp neigbourhood). Marqt is a chain of ‘feelgood’ foodstores selling some organic food, some artisanal products and some expensive delicacies. You can find some products they don’t have at other stores. Vegabond is a vegan food store. 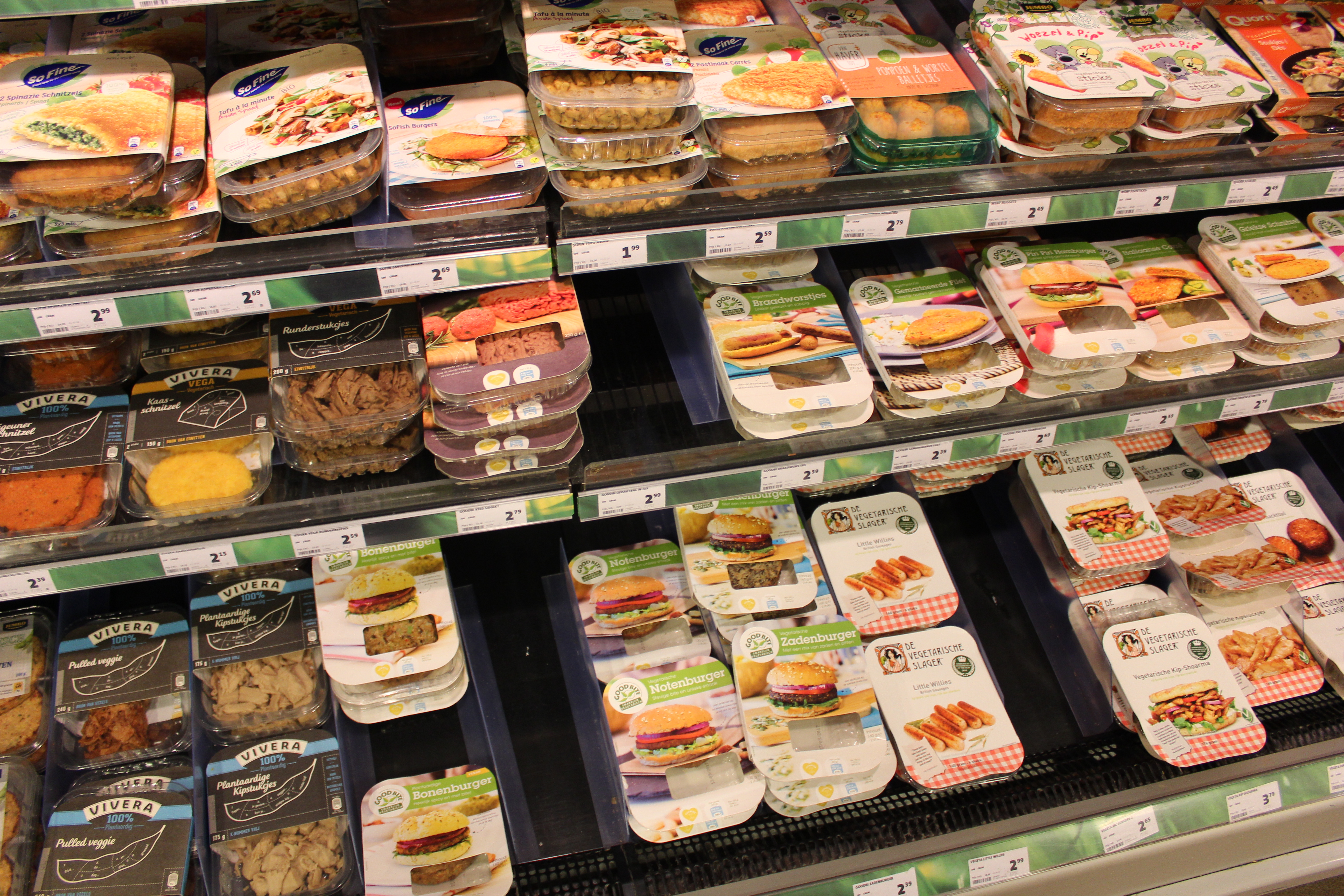 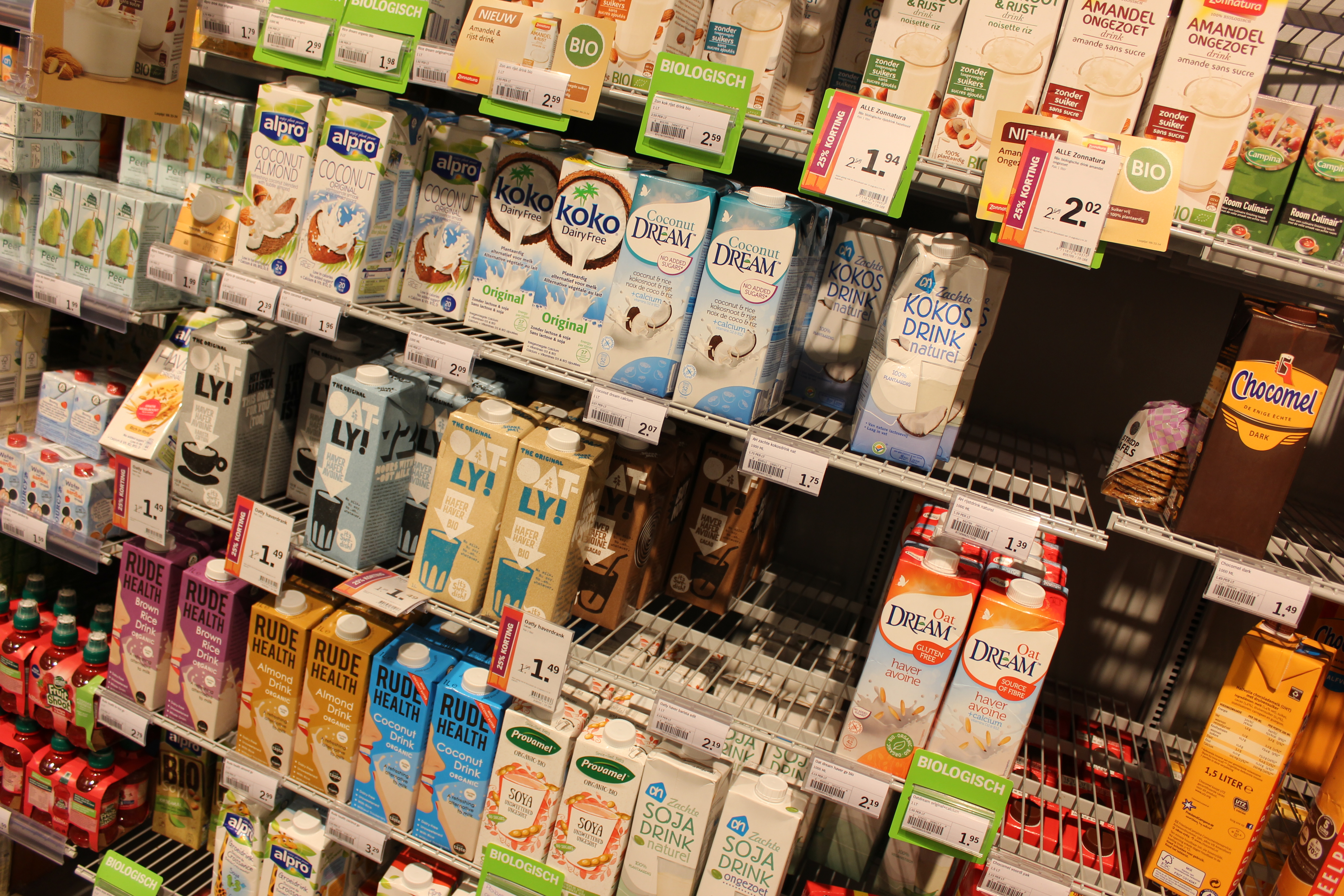 In recent years, soy milk and other non-dairy milks have become much more popular. Nowadays you will find soy milk in every supermarket, usually also almond milk, rice milk, oat milk etc. from various brands. In the fridge section you will find soy yoghurt and sometimes quark. Vegan cheese is not very common yet in normal supermarkets but can be found. Jumbo has Wilmersburger, Albert Heijn has Violife products. 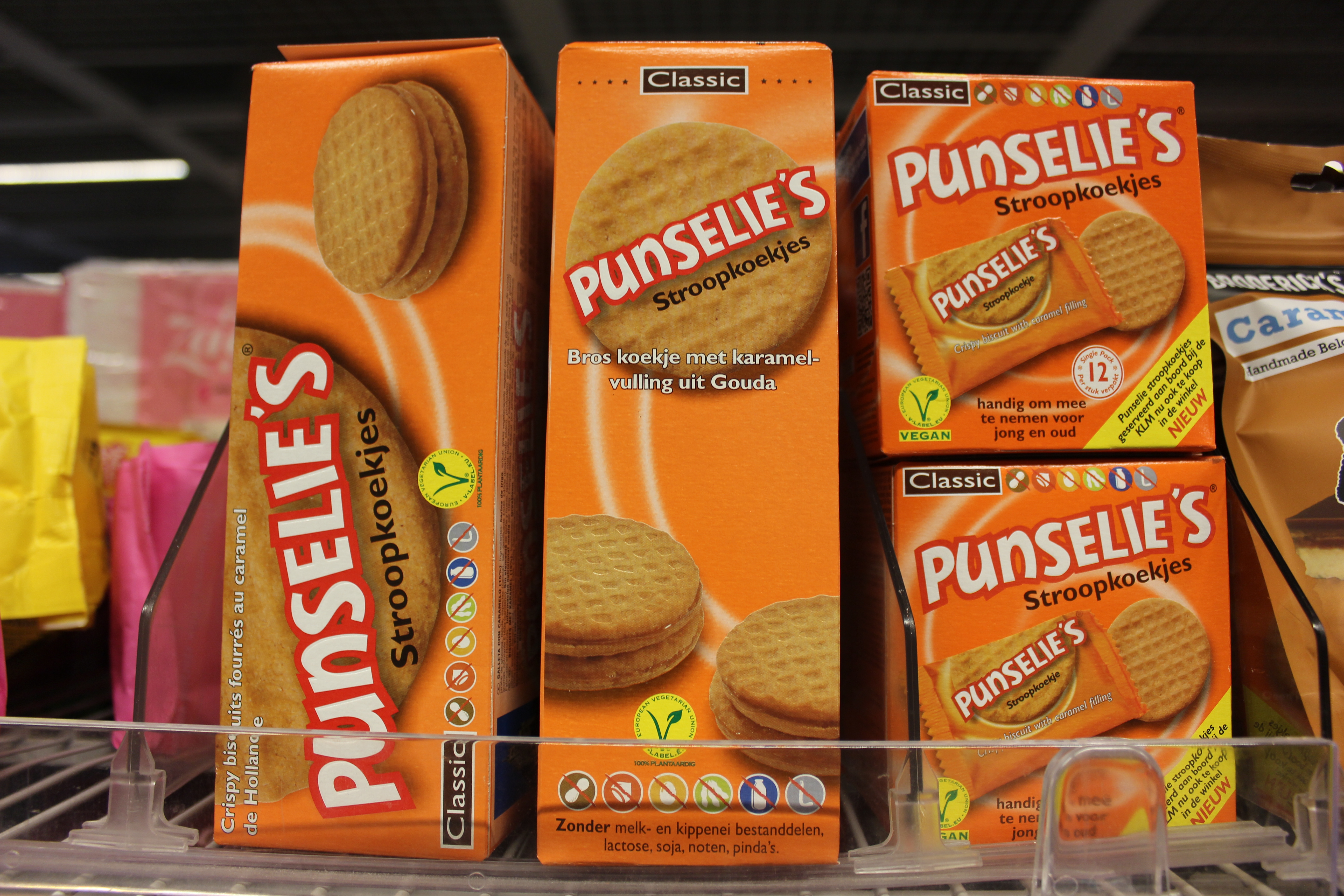 There’s not a crazy variety of vegan cookies available in the supermarket, but some of the ones that are vegan, are really good! Our favourites include LU’s Time Out Robuuste Koeken, Punselie’s Stroopkoekjes (mini-version of the famous and typically Dutch stroopwafel), Verkade Café Noir and of course Oreo’s. Nowadays one can find a greater diversity of chocolate in Dutch supermarkets. Dark chocolate is usually vegan. Keep an eye out for the chocolate of Tony Chocolony, a brand which strives to use slave-free cocoa. They have some unique flavours, quite a few are vegan. Most of the regular candy contains gelatin or beeswax, hence is not vegan. But there is some vegan candy around, and more and more candy is labelled as vegetarian or gelatin-free. Check out vegan liquorice available at supermarkets here. More vegan liquorice can be found in organic stores in town.

What are some ingredients to watch out for?