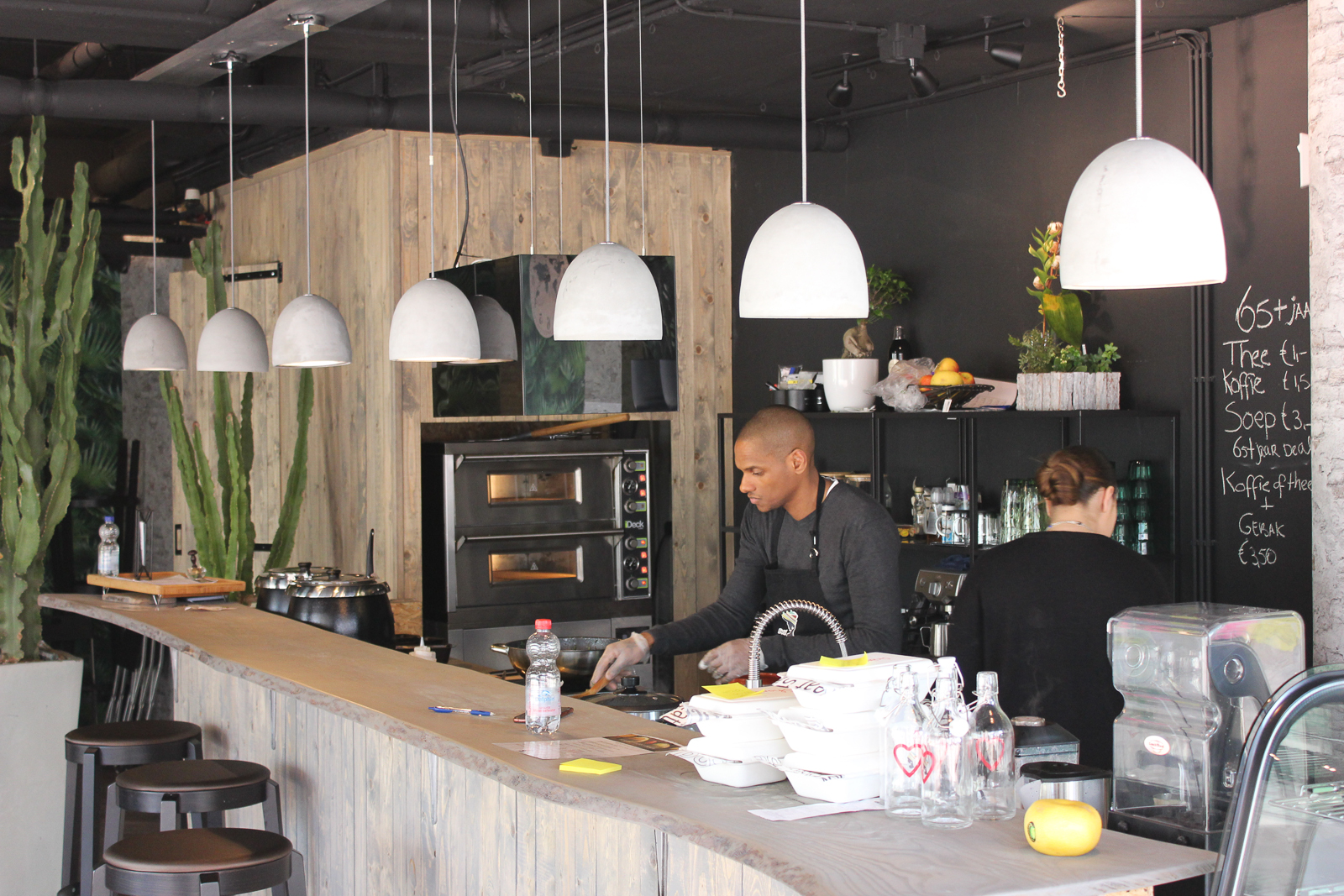 Opened just last month, Yemayá is the first vegan restaurant in Amsterdam Zuid-Oost! Started by brothers Martin and Merrel and Merrel’s wife Sharon, who all have a Surinamese background. Martin and Merrel have a business in home furnishings but for a while were dreaming of taking a new step where they could benefit the community more. When a real estate agent contacted them and offered a good deal on an empty store space, it was like it had meant to be. They started to make plans for real.

Martin tells me he has been vegan for about 20 years, and felt a growing urge to contribute to the well-being of the planet. Opening up a vegan restaurant for the local community is for them the first step in making a difference. Martin:”We want to show people that eating vegan is also possible, you don’t always need to eat meat.” END_OF_DOCUMENT_TOKEN_TO_BE_REPLACED