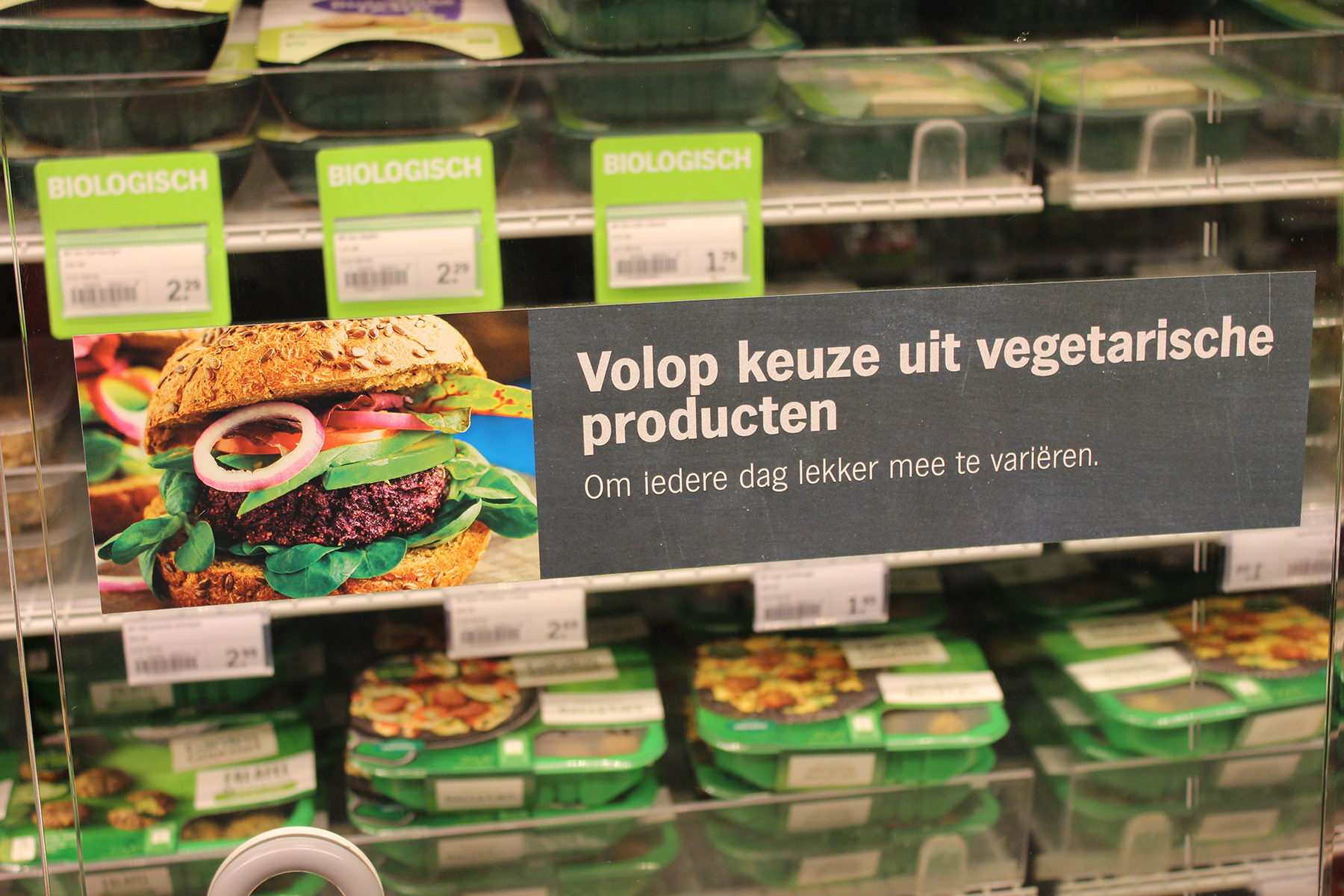 To eat a healthy vegan diet you don’t need these fake meats / meat alternatives. But sometimes it’s just convenient, or tasty! And wow lately there are so many new products available in the supermarket, a clear sign that the market for vegan food is growing. The following 10 + vleesvervangers became newly available just in the past few months. The future is vegan! 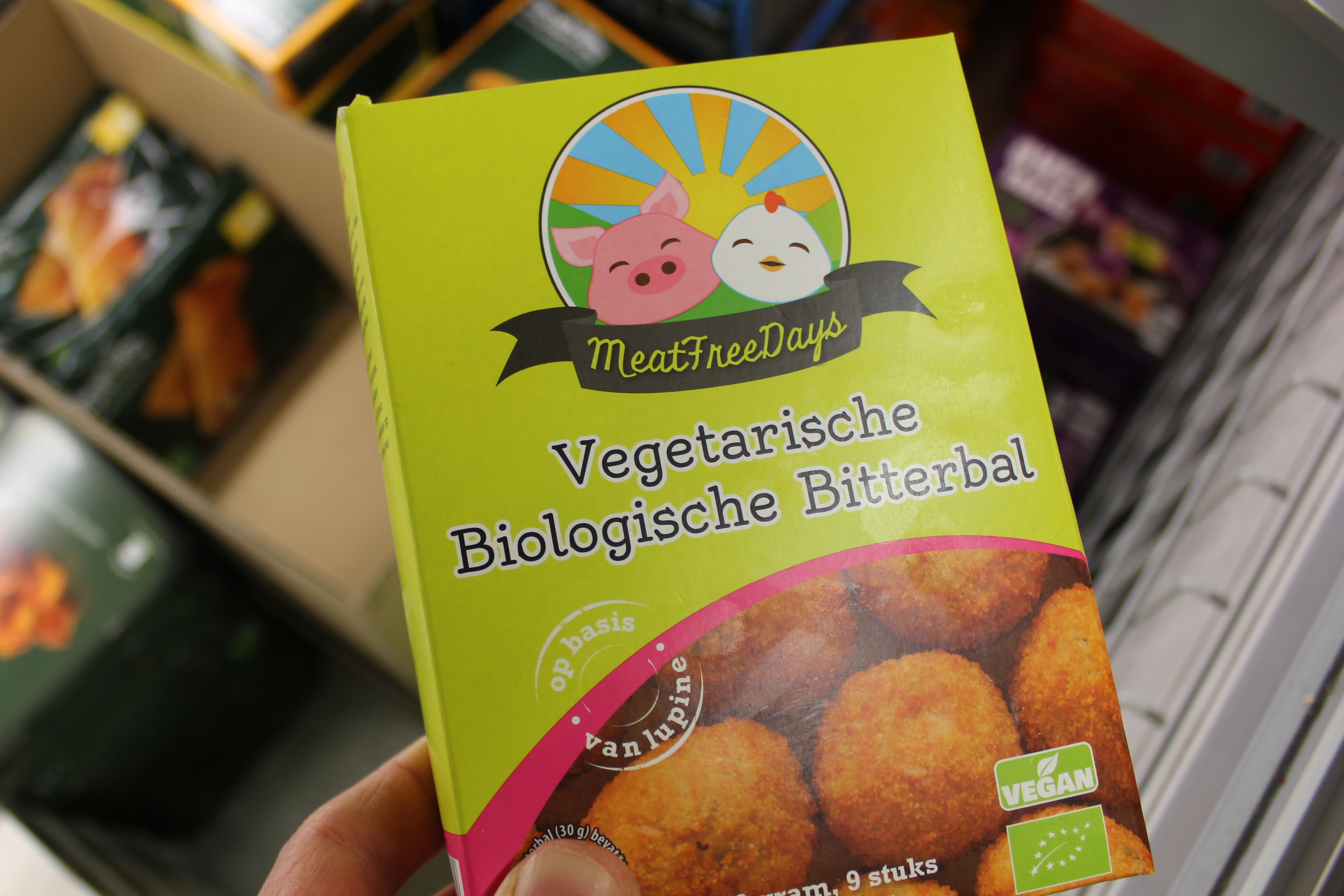 Available at Aldi are these bitterballen and also croquettes from the brand MeatFreeDays. They used to be just vegetarian but a while ago they made them vegan! They are based on lupine, just like the more expensive bitterballen of De Vegetarische Slager. On the back it says ‘100 % animal friendly’! 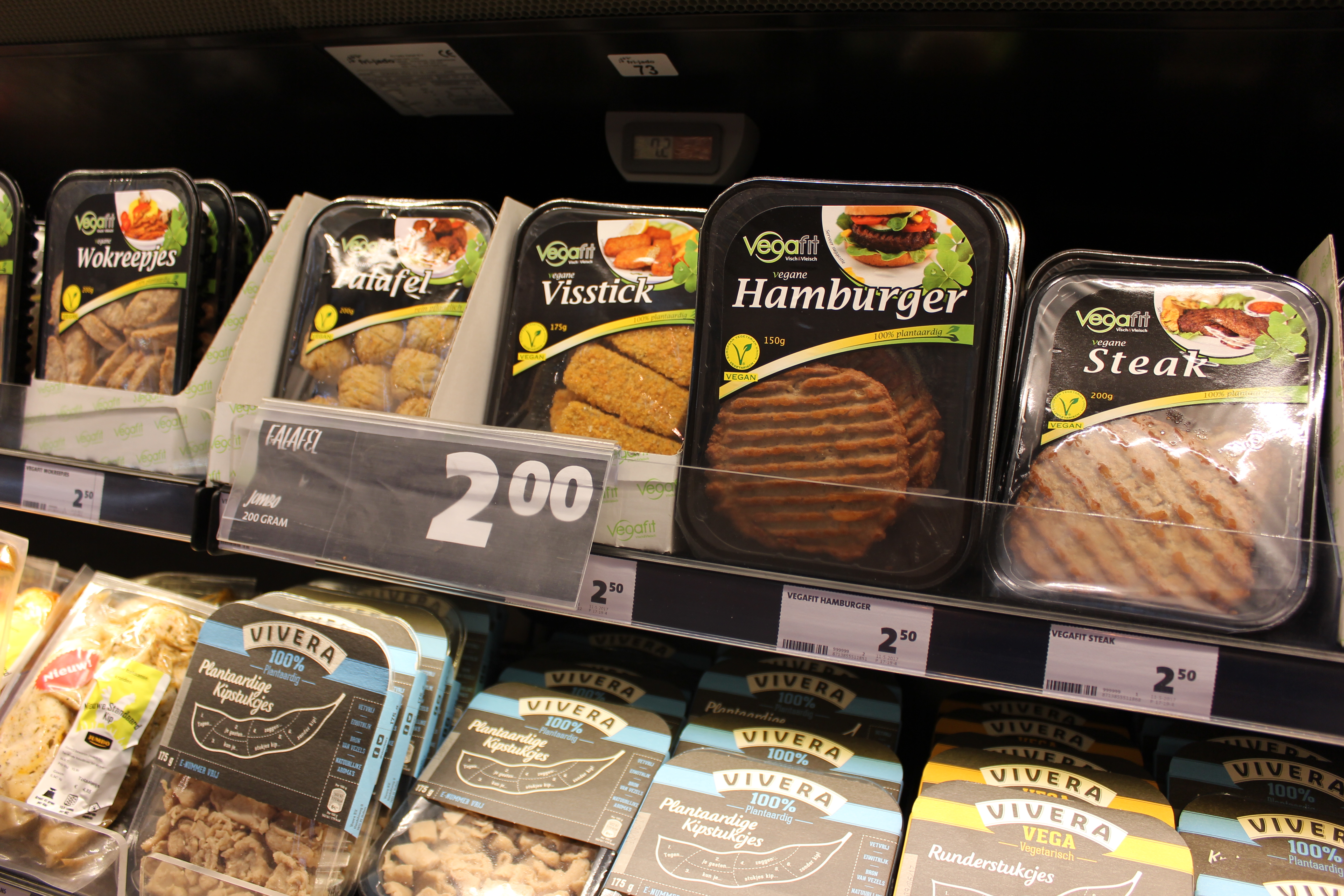 Fishsticks, steak, nuggets, schnitzel etc. No messing around, everything they make is vegan! Available at Jumbo Zeeburg and Jumbo Buikslotermeerplein. 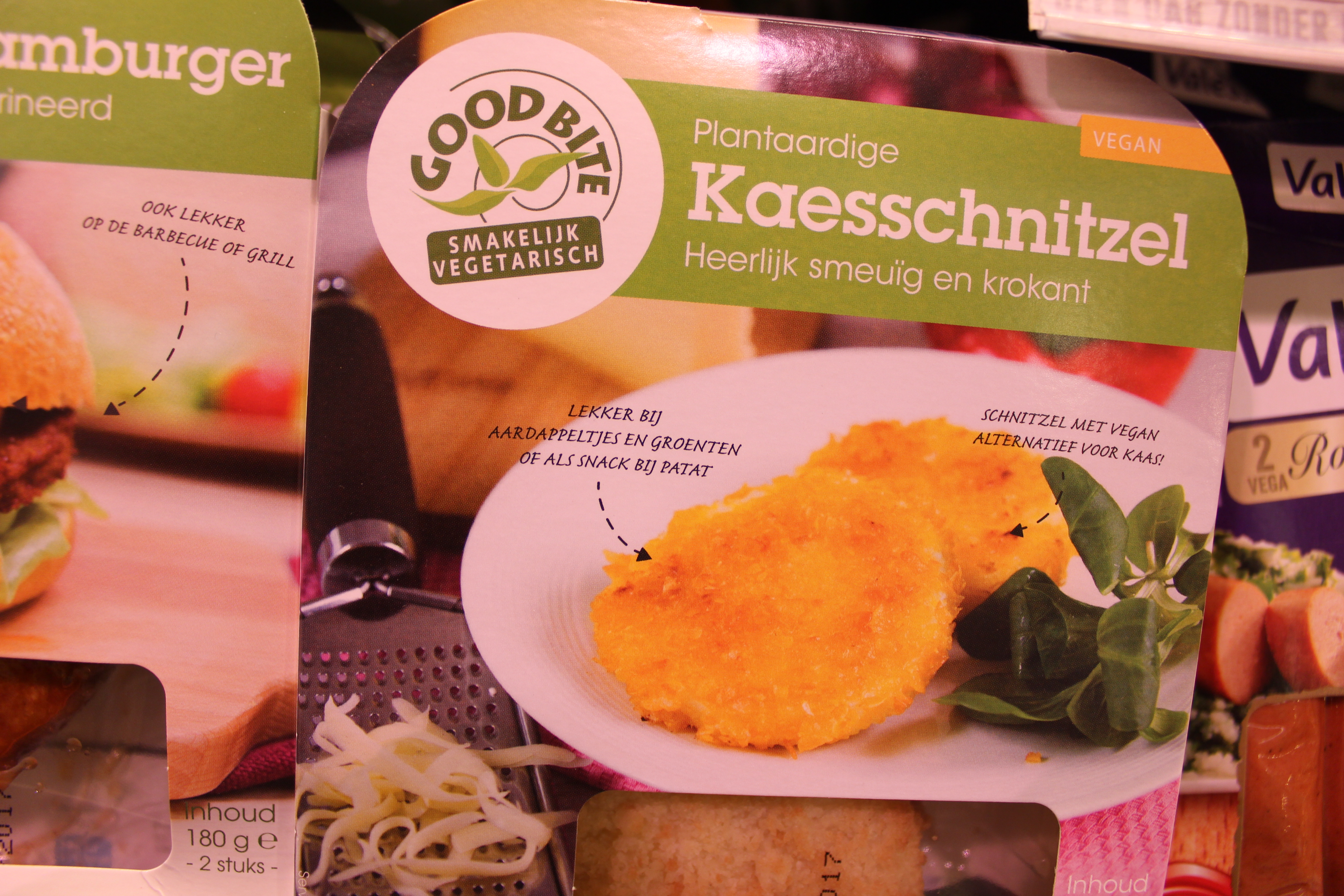 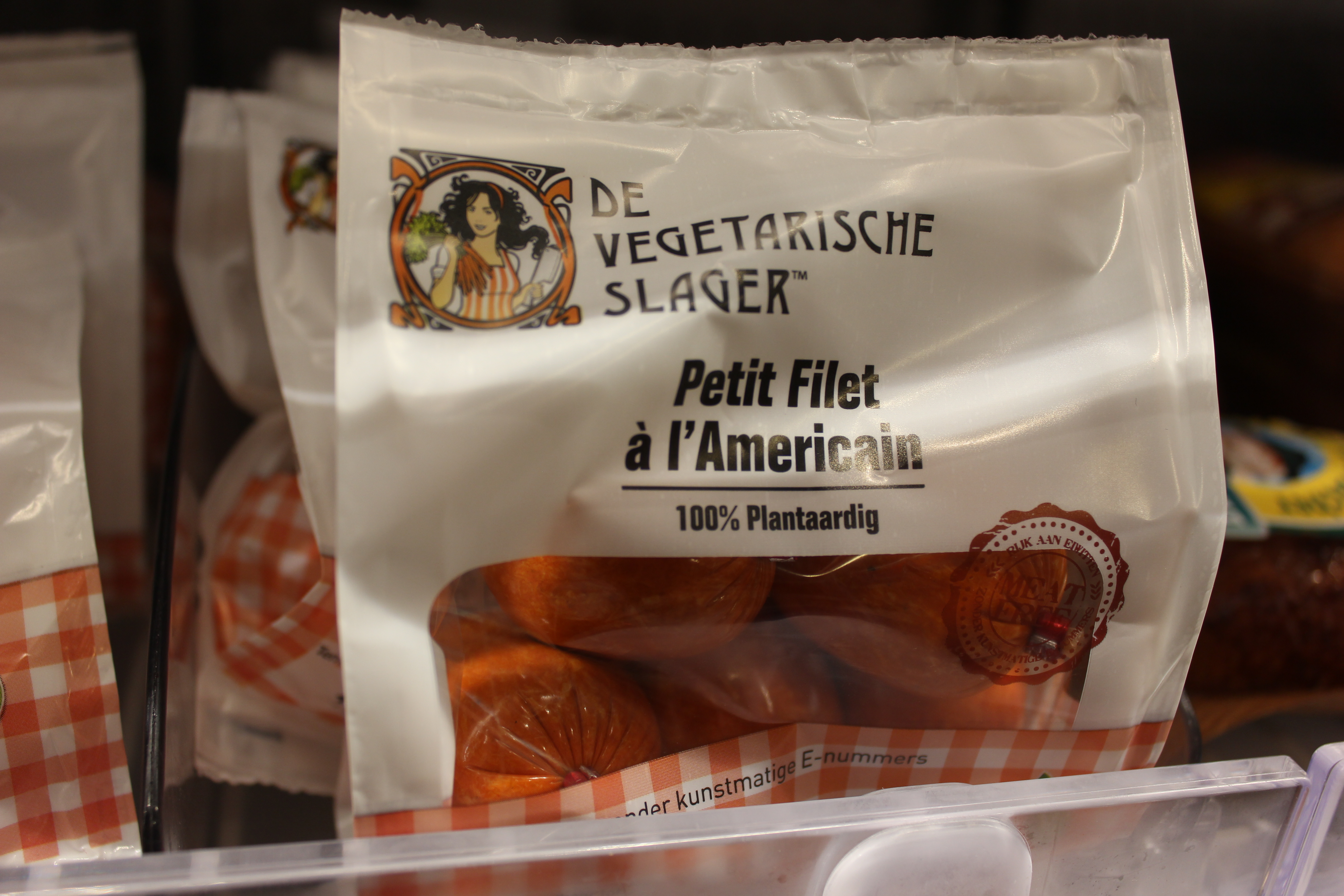 Anticipated for some time, after visitors of this spring’s Veggie World festival could get a first taste of this vegan filet americain! Cool that besides more traditional meat alernatives like burgers or sausages also products like this are made. De Vegetarische Slager also made a vegan pate recently. Available at Jumbo and bigger Albert Heijn supermarkets. 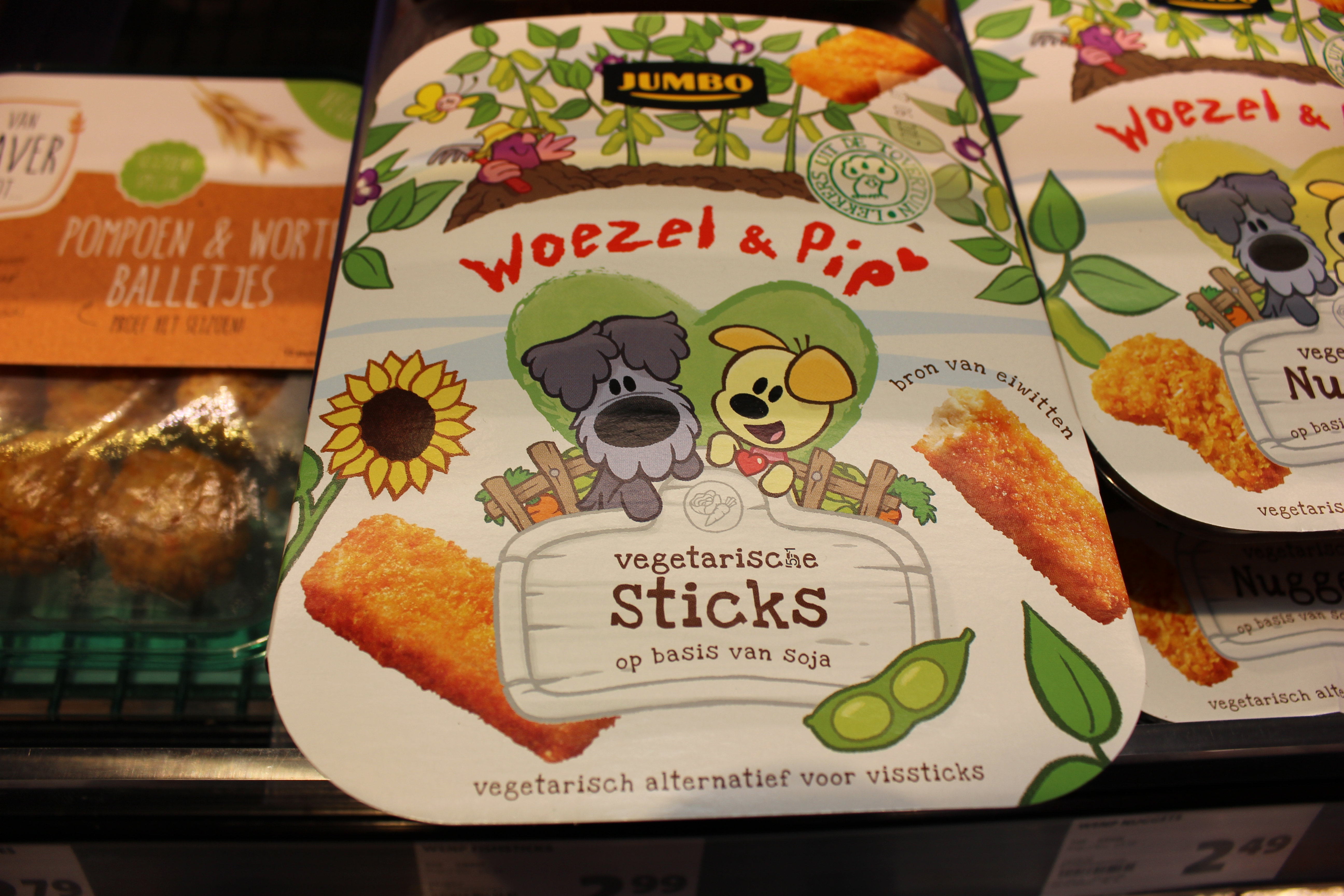 With its soft inside and crunchy breaded crust these sticks are reminiscent of fish fingers! But fairly neutral in taste, no fishy flavour. Available at Jumbo supermarkets. 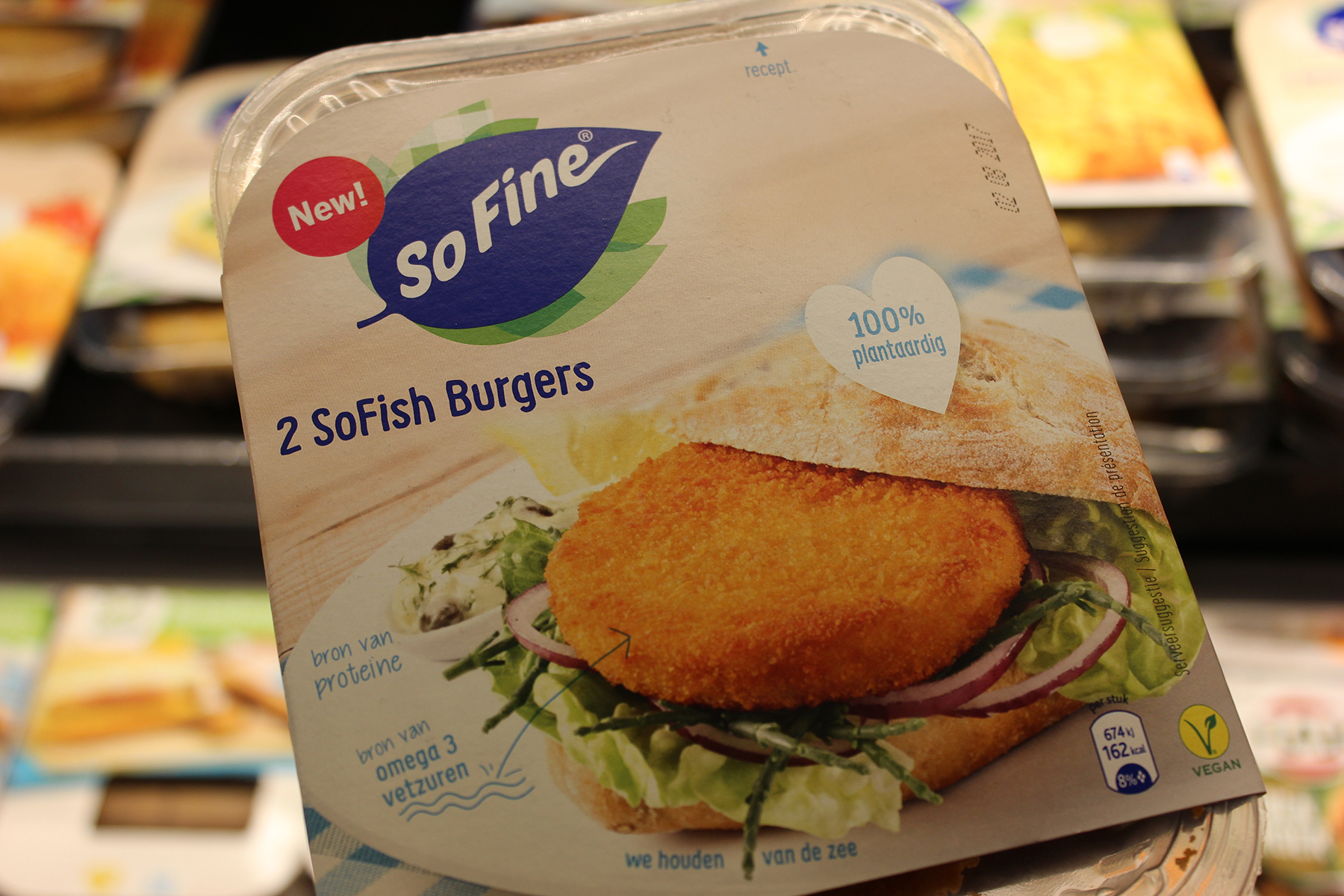 These burgers also don’t necessarily have a fish flavour but the structure and shape makes them perfect on a breadroll with some lettuce and sauce. Excellent for a quick summer meal! Also at Jumbo.

Meat alternative made out of funghi. Usually has some egg protein in it but finally they managed to come up with a vegan version! These filets have a nice structure but are neutral in taste so you have to give them some flavour. Available at bigger Albert Heijn supermarkets. 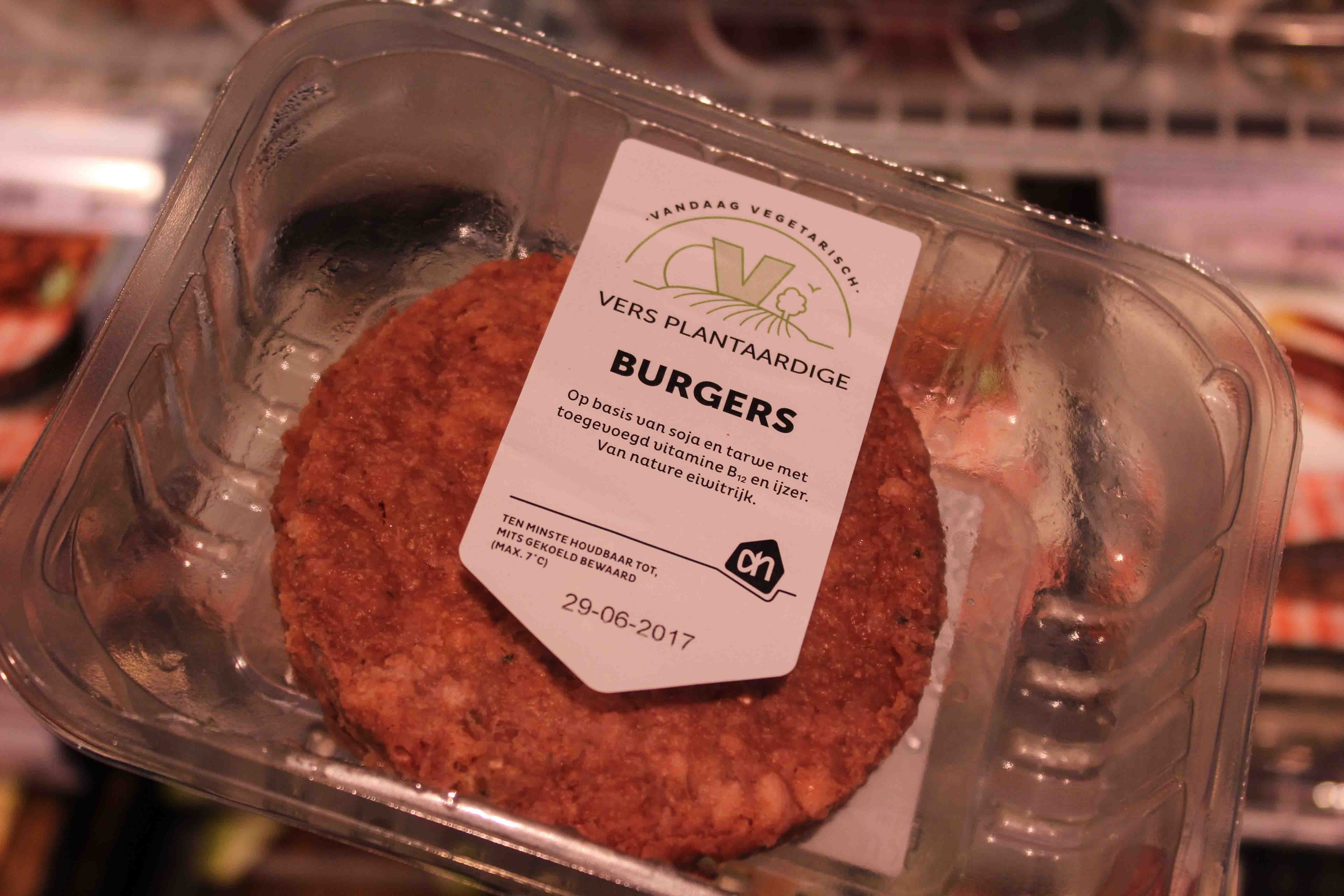 This creepy ‘real’ looking burger even releases juice when you’re frying it in a pan. 😱 Available at Albert Heijn. 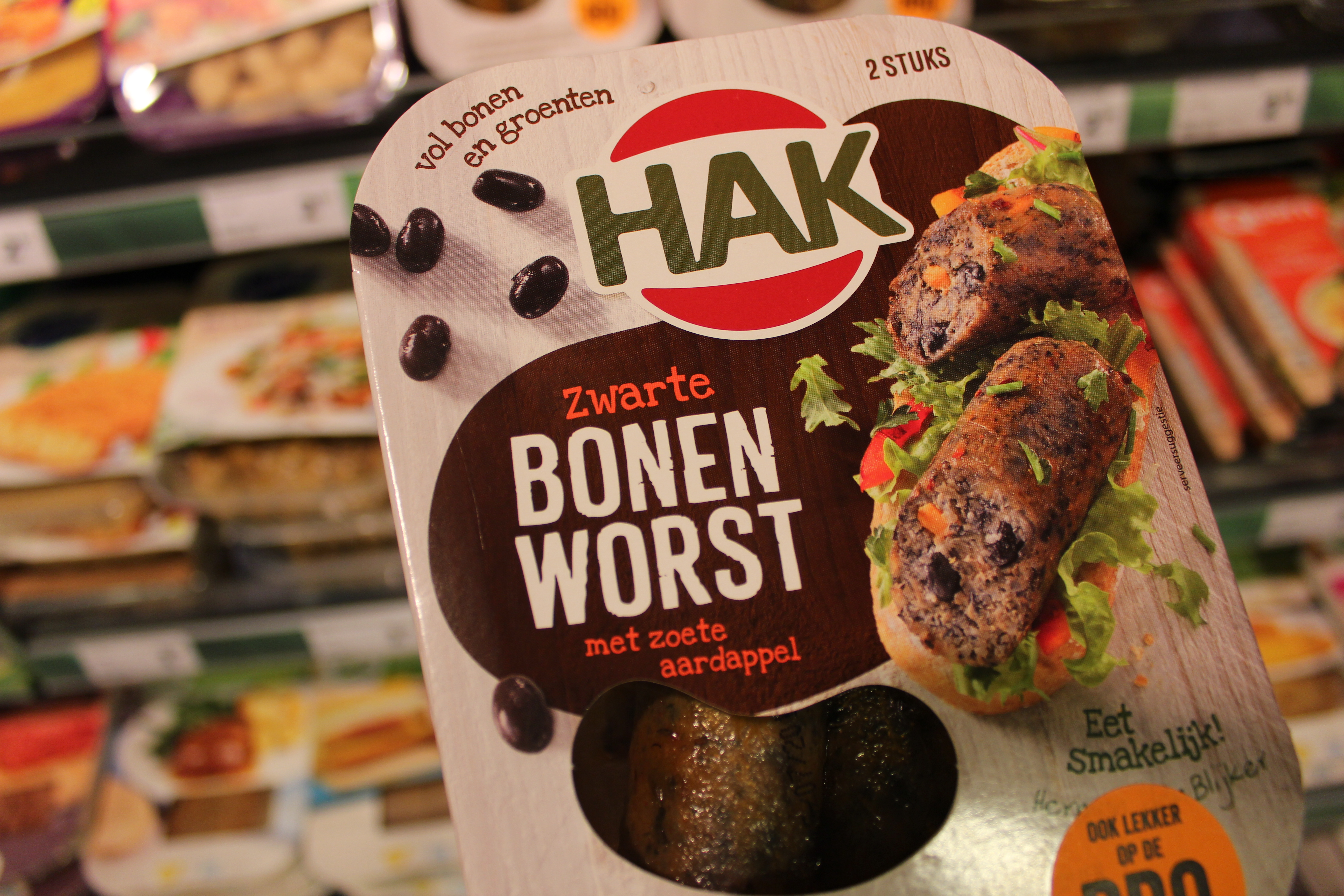 Finally a meat alternative based on real ingredients! Made from beans, good for you! They also have two types of burgers made out of beans. Awesome that a traditional company like HAK is obviously trying to cater for people who eat less meat. Available at Jumbo. 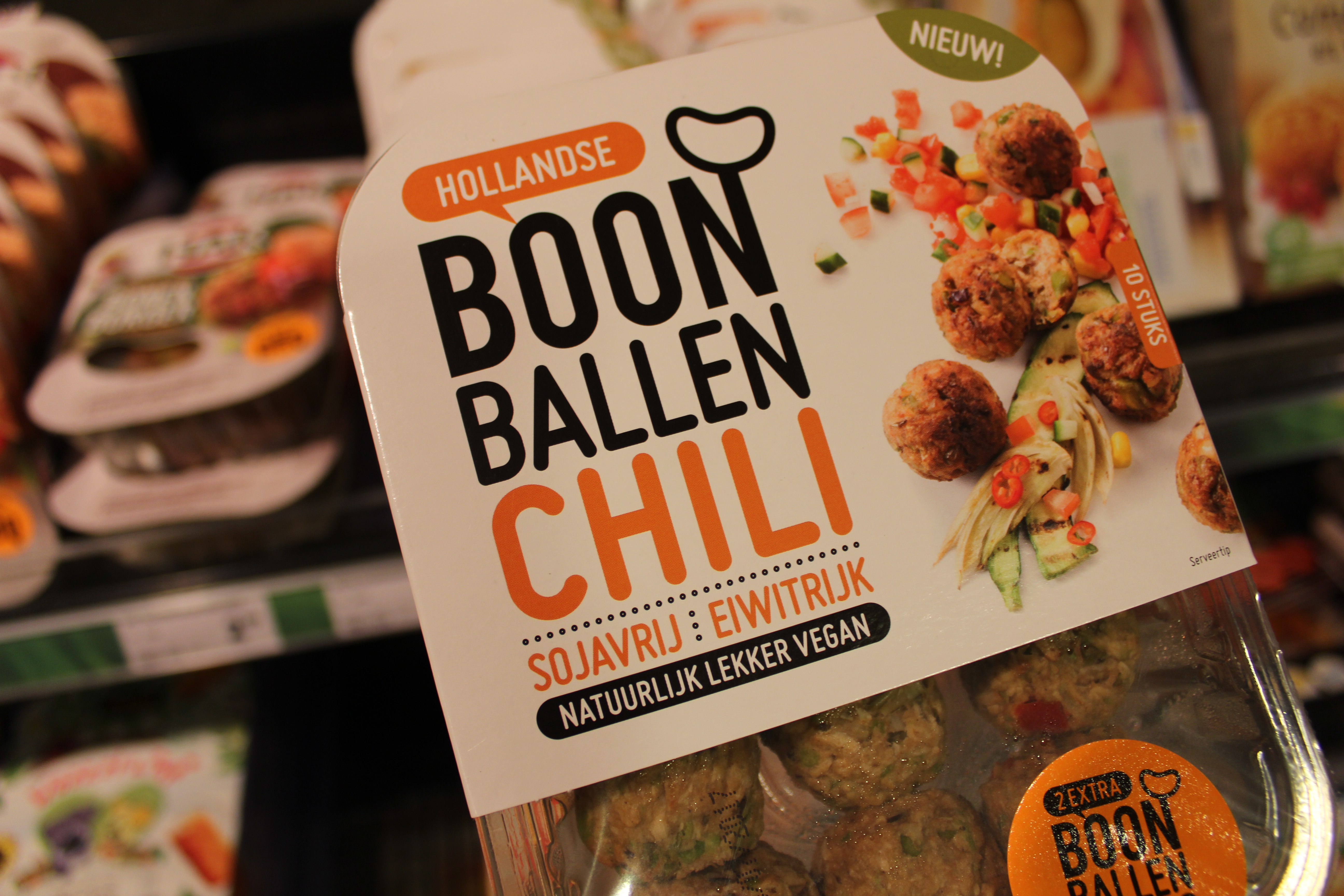 These balls are also made from beans! They make a vegan falafel burger too. Available at Jumbo.

Vivera promised all its meat alternatives will be vegan by the end of the year! ️🎉