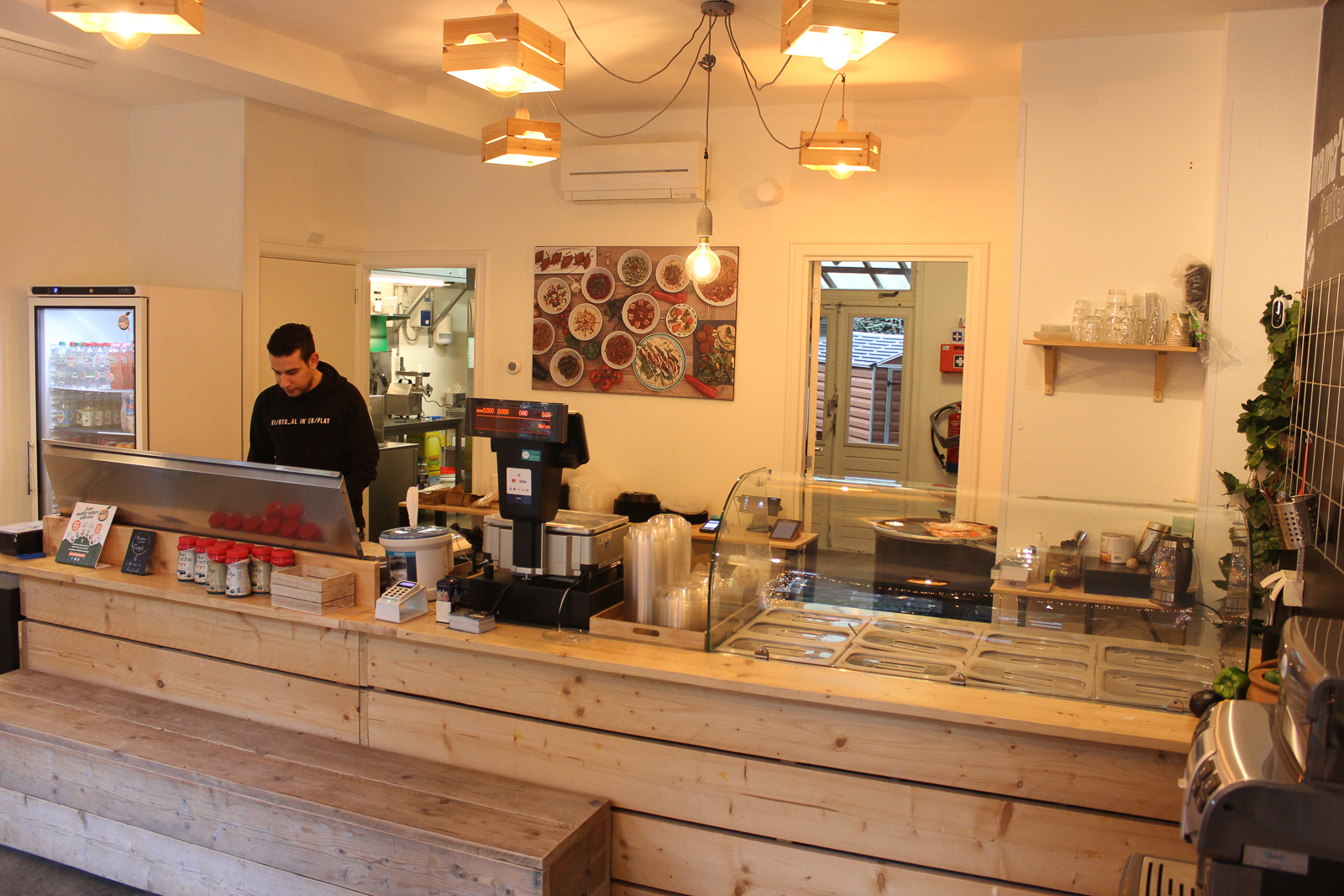 Owner Eyad Khamis arrived in 2016 in the Netherlands, after the war in Syria started. In Syria and Dubai he was working in the tourist industry, and later organising conferences. But in Amsterdam he had to start all over again. An internship in an icecream factory led to a chance to sell Syrian food at a canteen of University of Amsterdam, that’s how Mama’s Keuken started! Eventually he opened the location in De Pijp in 2018.

The name Mama’s Keuken refers to the people he inherited his passion for cooking from, his own mother and other female family members. With the restaurant he wants to offer authentic Syrian food, and show that it’s more than just shoarma and kebab. When Mama’s Keuken started they still had a few dishes with meat, but nowadays it’s only vegetarian and vegan. Khamis himself also evolved from being a flexitarian to vegetarian, and feels much more fit because of it. Read more