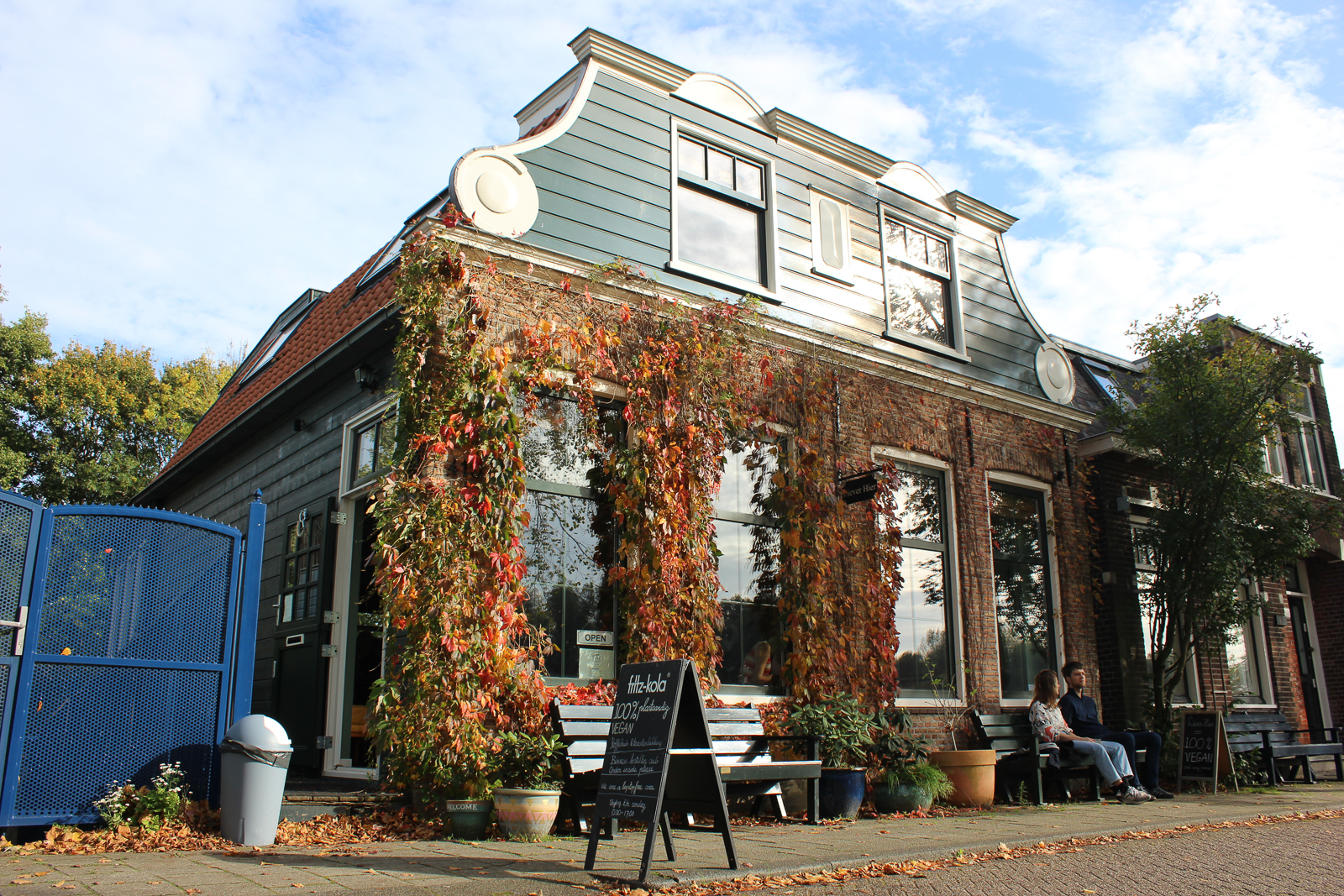 After they got together as a couple, Ellen Wiggers and Rogier van Buuren quickly started working together as well in Ellen’s coffee place at Buikslotermeerplein. Here they served coffee and homemade pies in cultural community centre De Modestraat.

Some years later they had the chance to buy a former cafe at Nieuwendammerdijk. They plan to turn it into a pie bakery / coffee house. After months of renovating they open in 2019, with the new name ‘Liever Hier’ (meaning ‘rather here’). As this is their preferred place to be!

Early 2022 they decide to go vegan themselves as well as to make the full menu at Liever Hier 100% vegan. “Now that our eyes have really been opened we can no longer look away from the animal suffering, the horrible living conditions in the meat- and dairy industry and we are acting upon it. No more animal products, animals have a right to life just as much as we do.” Their regular guests react very positive. People who initially were skeptical about plantbased milks in their coffee simply get convinced when they try it! 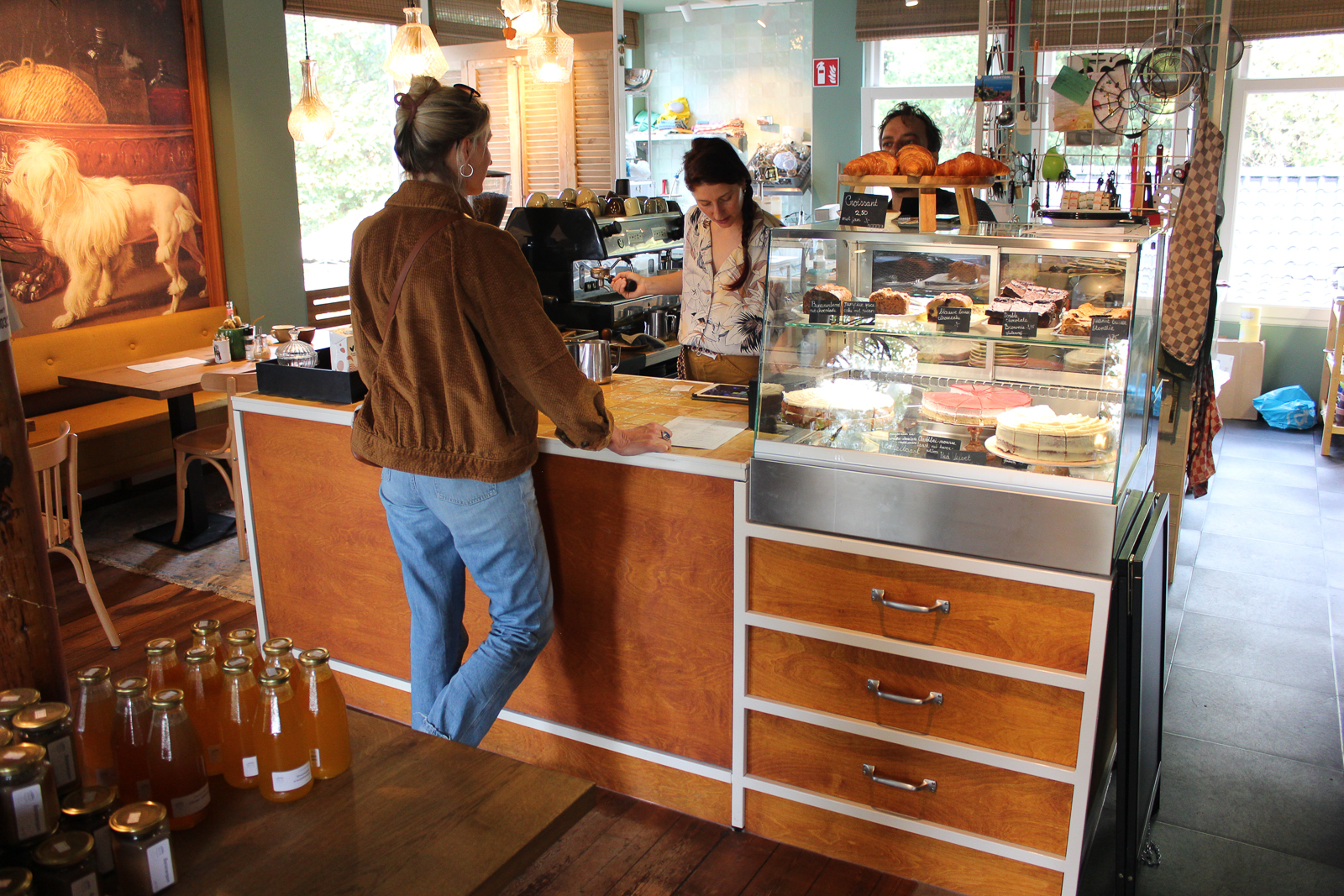 Liever Hier has a total of 15 different pies and cakes to offer on order. Like Hummingbird pie, classic apple pie, Pumpkin spice cake and much more! Of these they always have a varying selection available in their cafe. They also have several breakfast and lunch options on the menu, like porridge, soup and sandwiches.

The drinks menu features various own tea blends, homemade lemonades and fresh juices. As well as coffees (choose from 6 different vegan milks) and several other hot drinks like pumpkin spice latte, golden milk and hot chocolate (with whipped cream!). Also some craft beers (with or without alcohol).

Liever Hier is located at Nieuwendammerdijk in Amsterdam Noord, one of the most picturesque streets in the city! This street used to be the former village of Nieuwendam, with many old wooden houses.

They have quite a few tables inside, outside a large bench and also a terrace across the street. Pleasant view overlooking a nature area.

Getting there with public transport is possible (for example metro + bus from central station) but with bicycle will be way nicer! Just get to the north and enjoy the scenery. 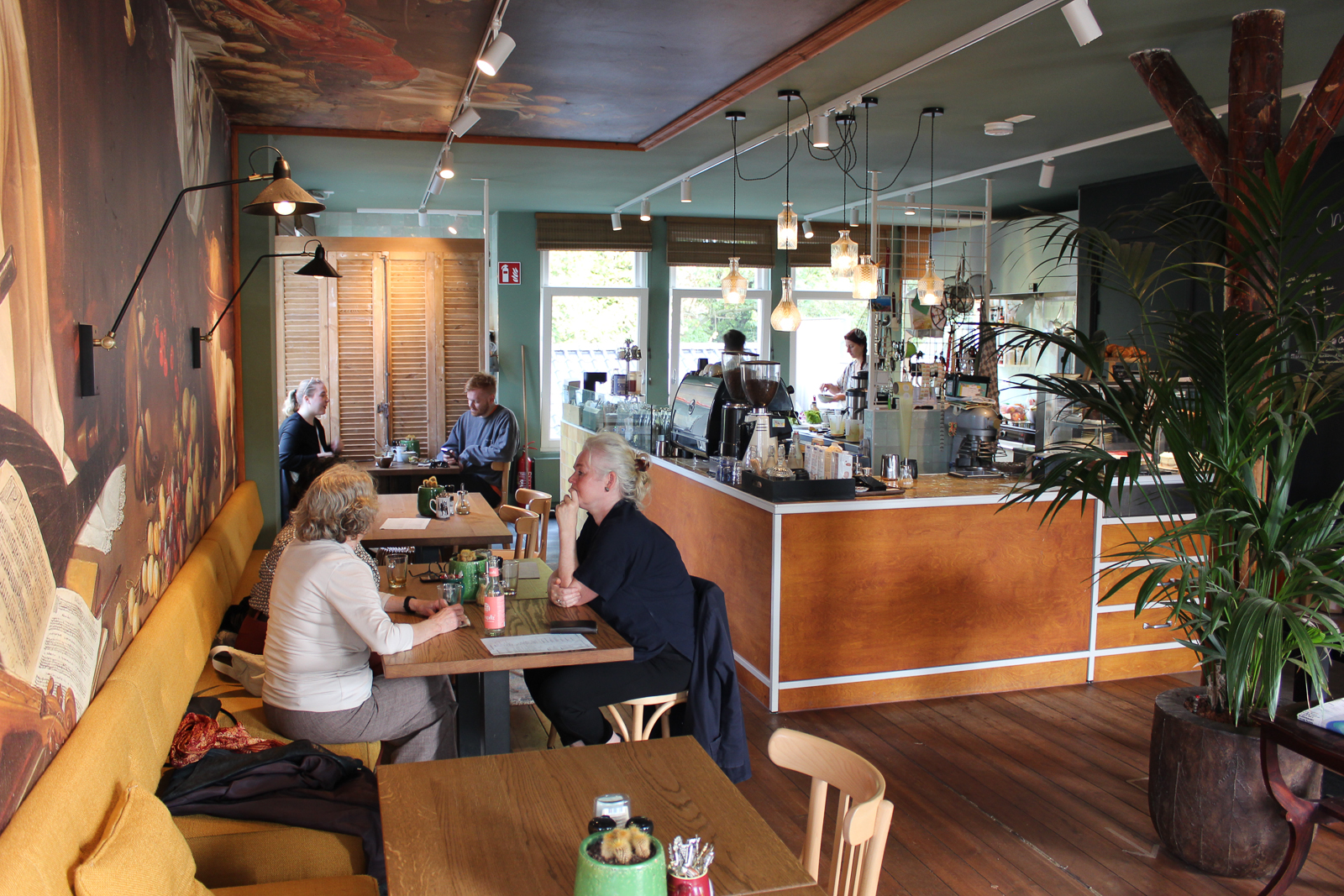 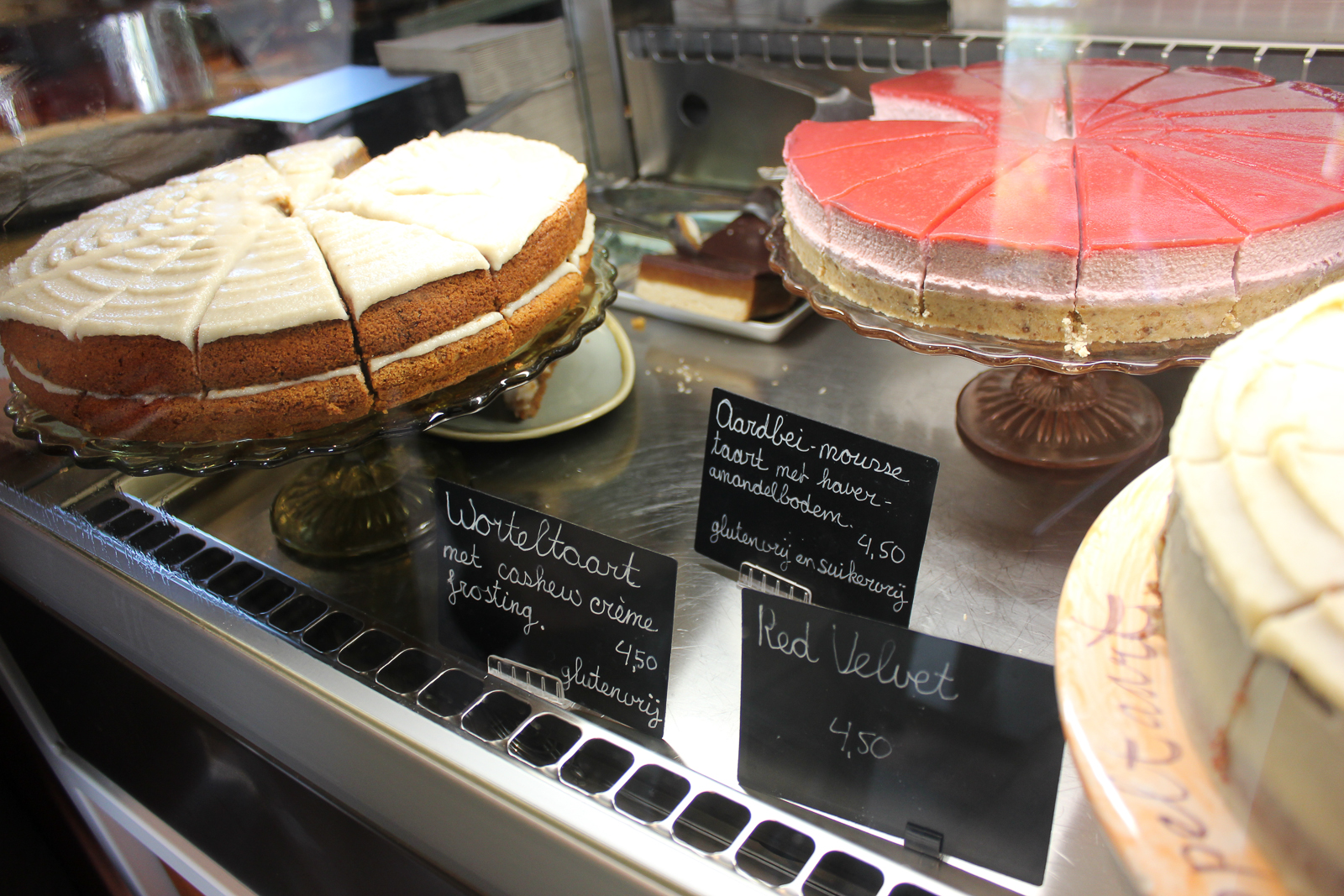 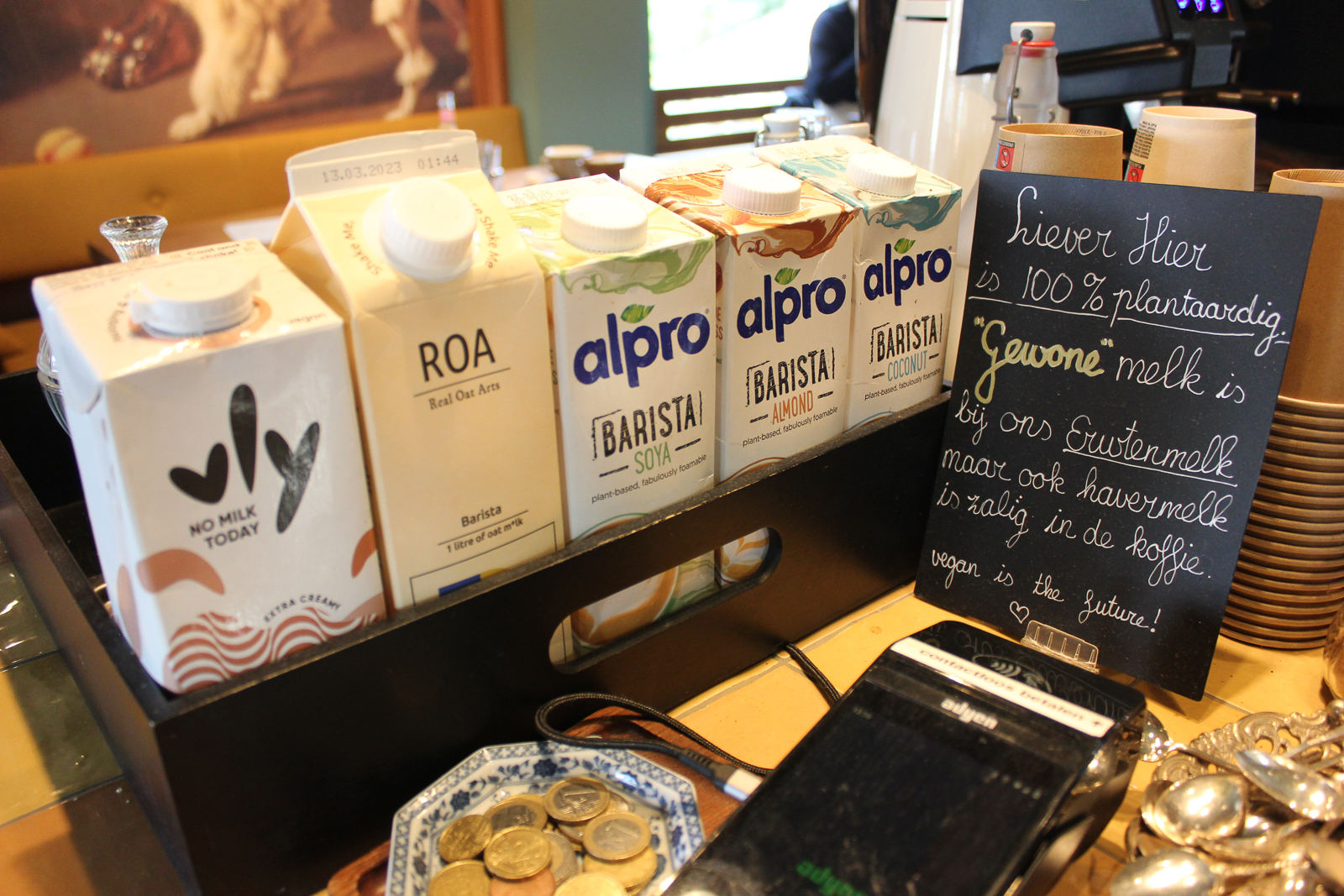 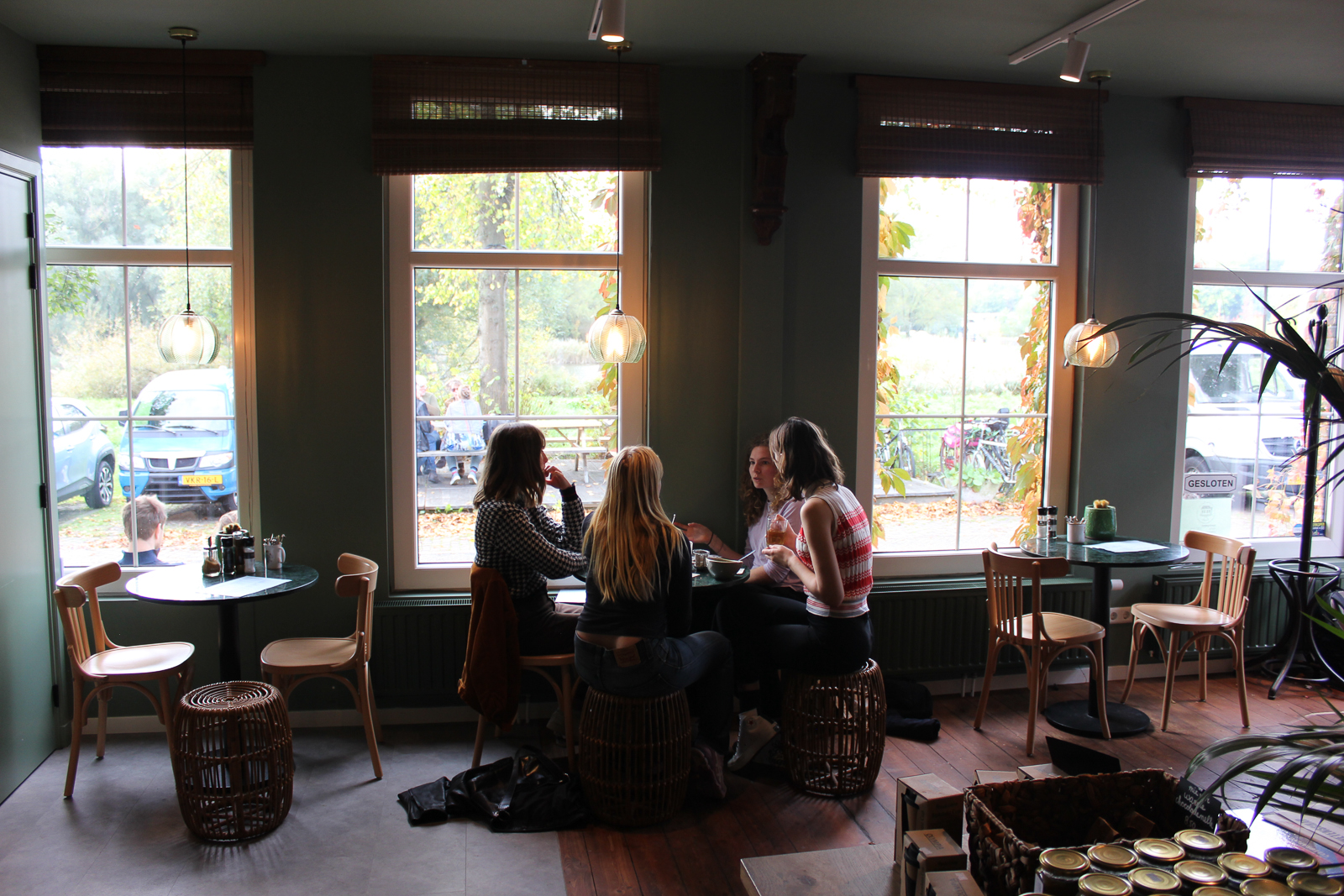 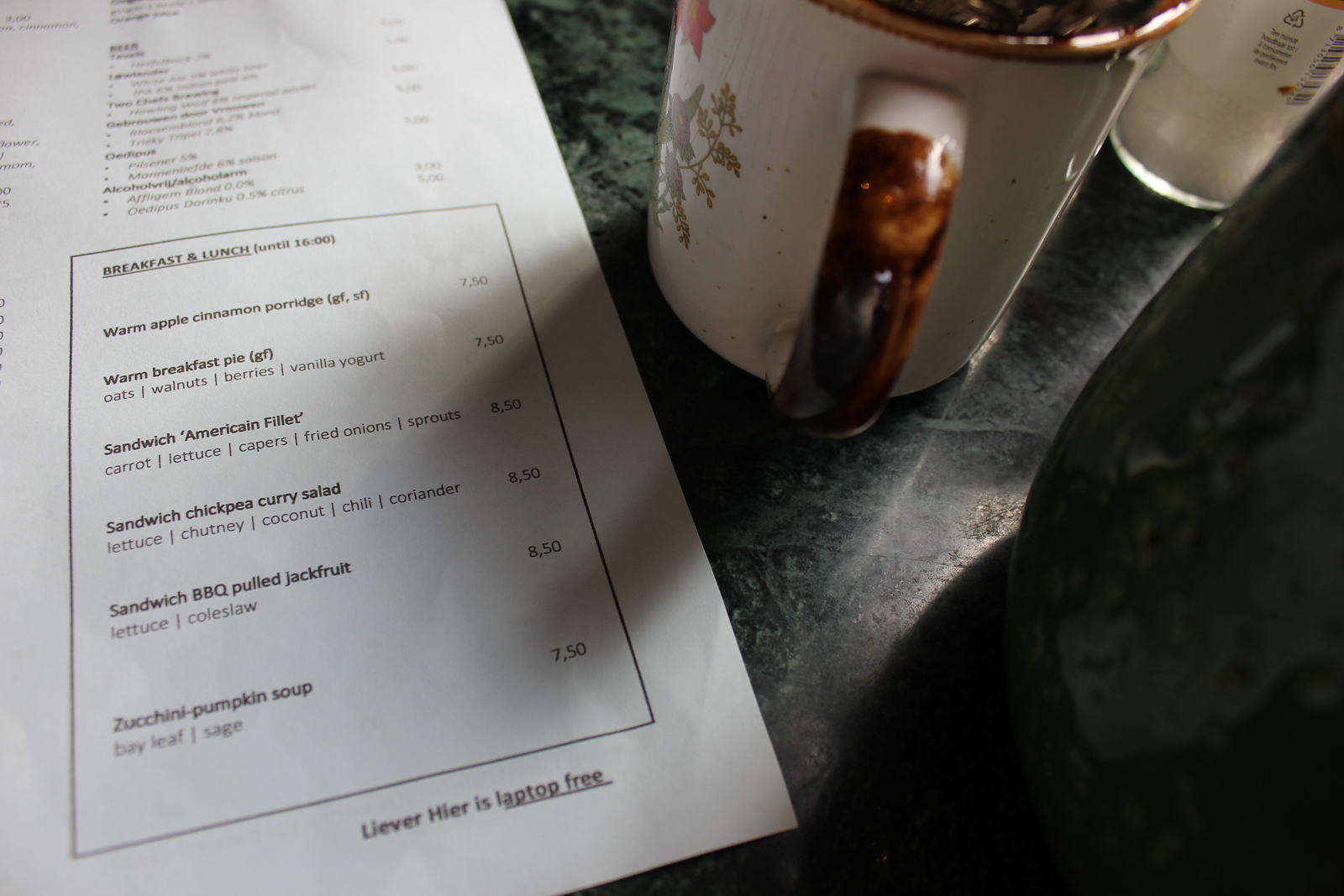 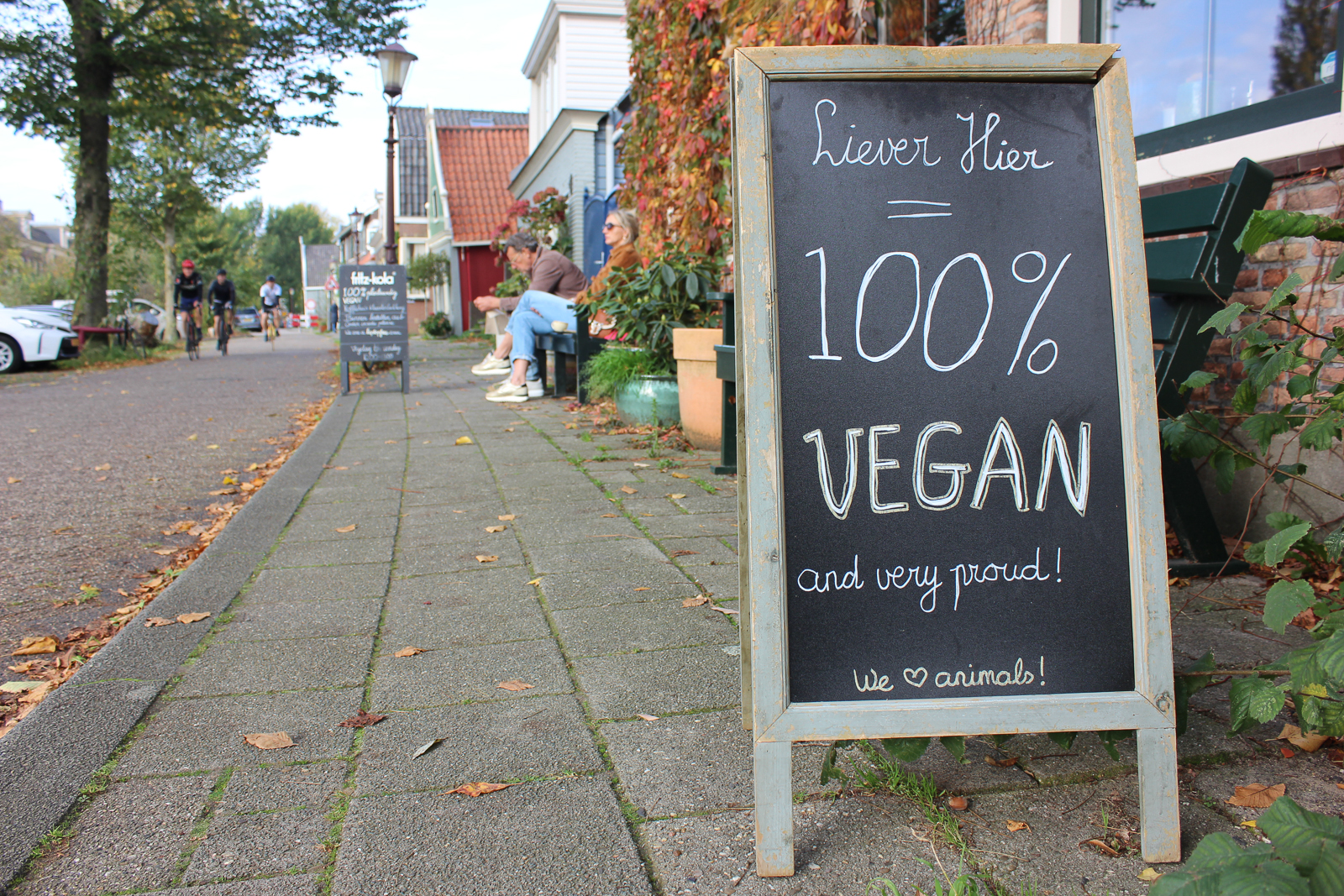 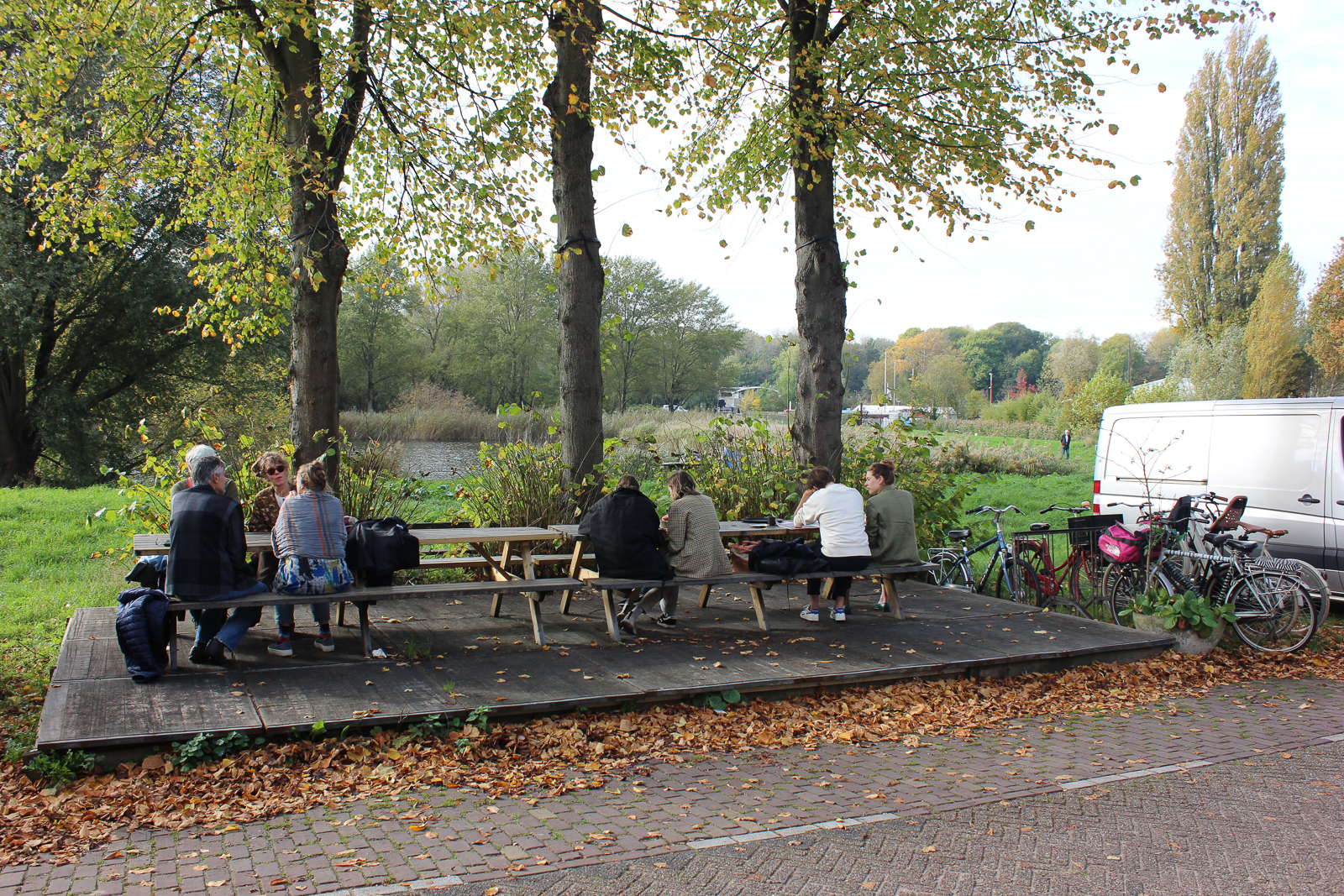 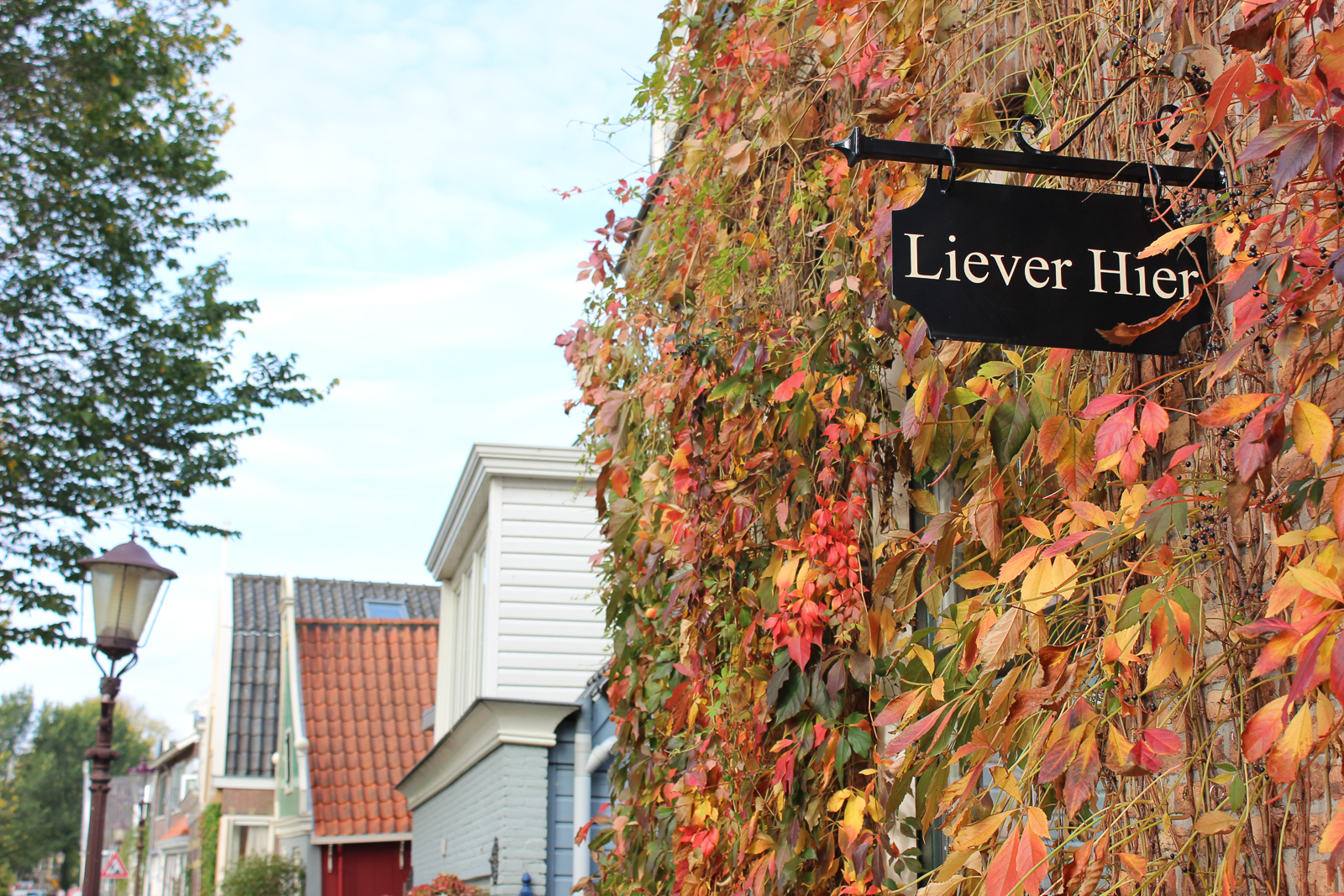