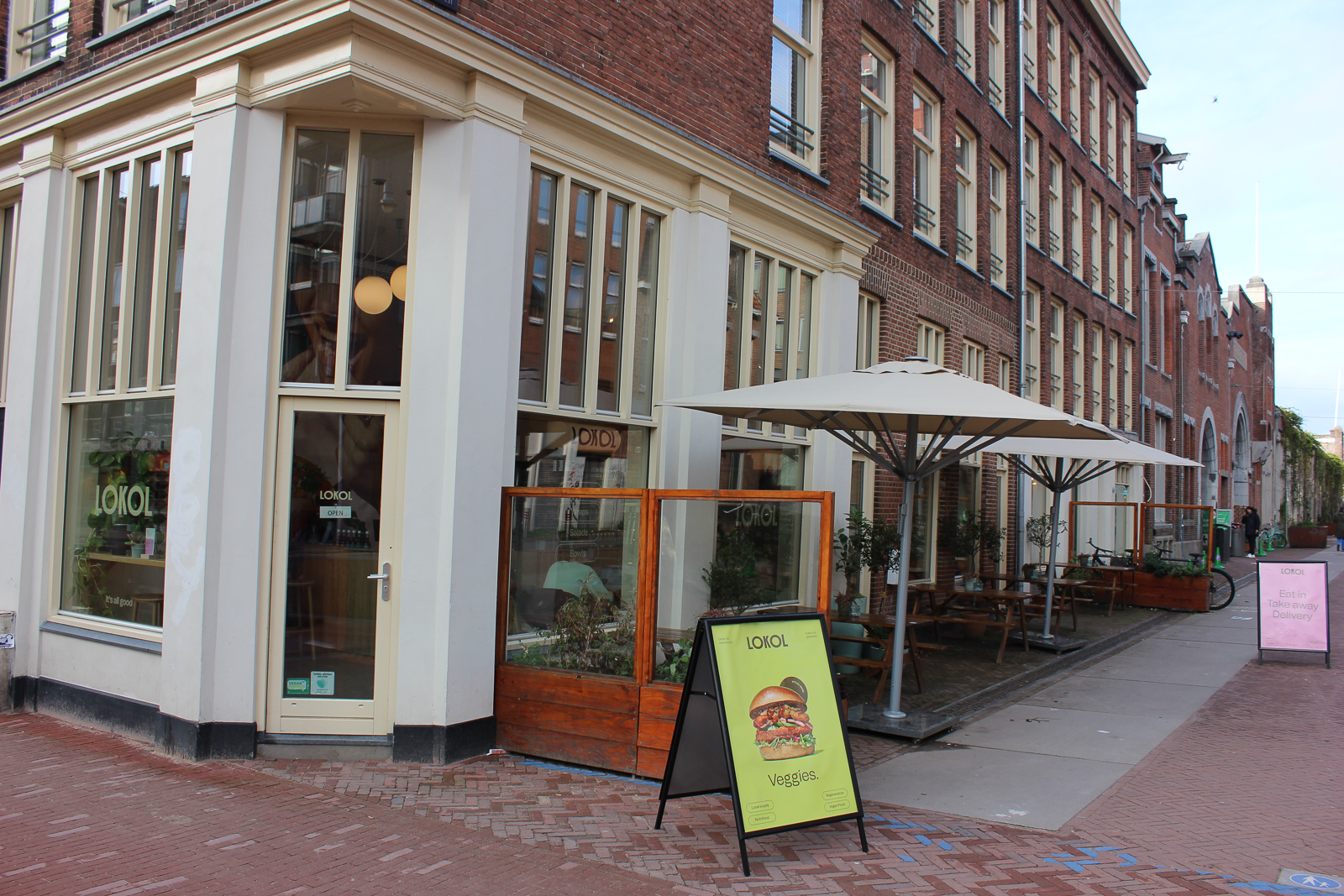 In 2018 entrepreneur Mathijs Huis in ‘t Veld and chef Pepijn Schmeink started vegan restaurant Jack Bean in Rotterdam. They found eachother in a shared mission to make the food industry more sustainable, and to show people a different way of eating. Fully plant-based, with ingredients sourced locally as much as possible. “Plant-based food can be just as tasty, and is much more sustainable,” tells Pepijn. “You really show people an alternative, not just for a niche group but for everybody. There are so many discussions going on, these are concrete solutions.”

Fastforward to 2022, when they open up a new location in Amsterdam but decide to slightly change the concept. Less about fastfood, more like a neighbourhood bistro and with an even bigger focus on sustainability. Nowadays about 70% of their produce comes from regenerative farming. An approach of agriculture which takes more care of the soil, for example by not tilling and by rotating crops. They decide to change the name to Lokol. They open September 2022. 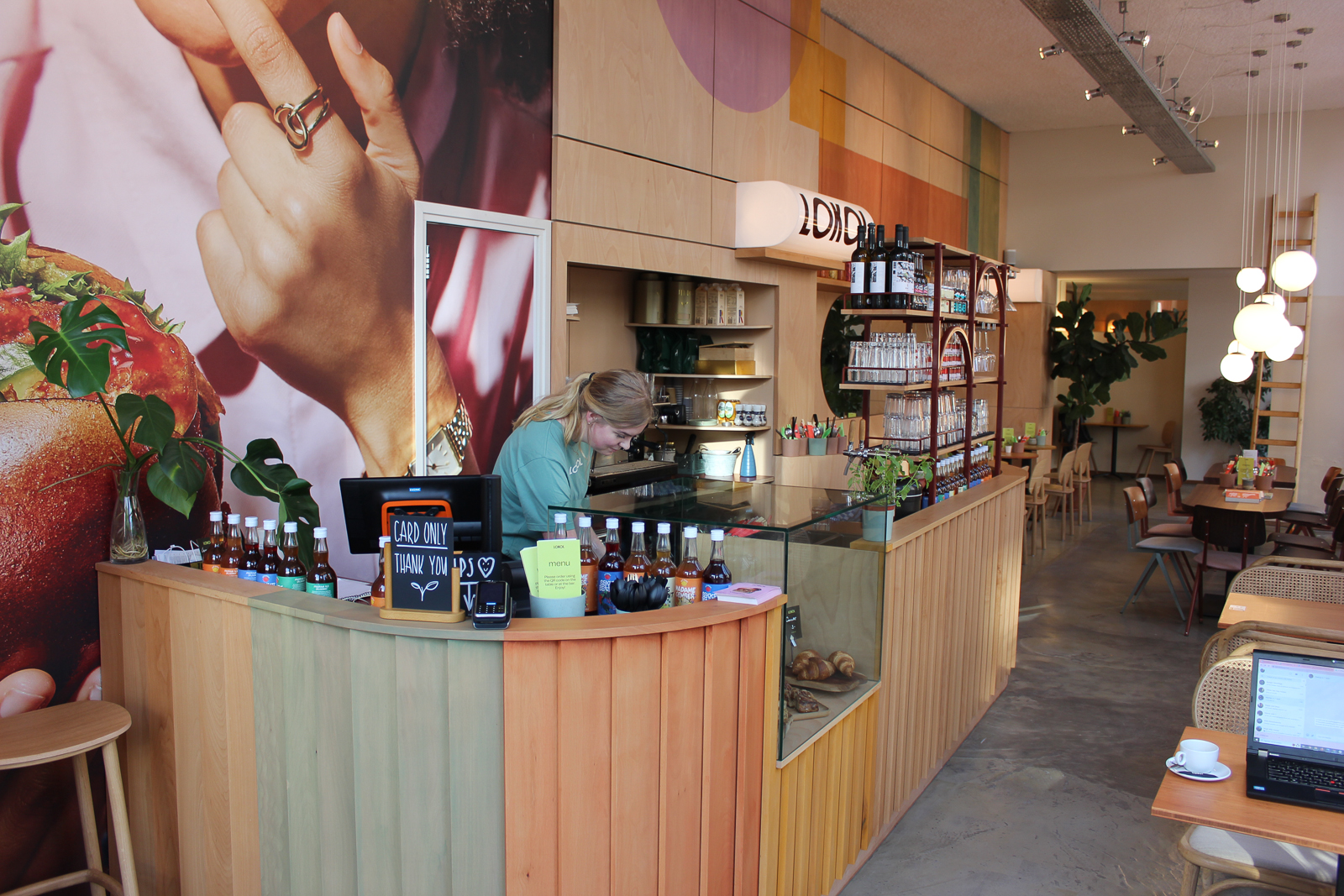 The menu is divided into wraps, burgers, salads, warm bowls and sides/snacks. Inspired by Italian, Mexican, Korean and Middle-Eastern cuisines, but with their own touch. For example instead of avocado flown in from another continent, they use peas to make a guacemole. Instead of rice they use locally cultivated grains. No meat replacements but a homemade burger patty made from beans, grains and vegetables, while maintaining the experience of eating a burger.

Pepijn has many years of kitchen experience, before Jack Bean he was the chef/owner of restaurant Dertien in Rotterdam, where he already was working mostly with plants for years. Using a broad range of techniques to bring out optimal flavour out of vegetables, like fermenting and drying food. Not for nothing culinary journalist Hiske Versprille gave Jack Bean an 8 some years ago and complimented the flavour of the dishes!

They also have some pastry options like apple crumble cake, cinnamon roll, croissant and some cakes and cookies. For dessert they offer some options including icecream made from sunflower seeds and koji!

On the drinks menu they have besides the usual coffee, juices and sodas also an alcoholic selection. European wines, Dutch beers and some cocktails.

Lokol is located at the corner of Kinkerstraat and the sidestreet leading to De Hallen. Tram stops nearby.

Plenty of seating inside and outside in a pleasant setting. To accomodate fast take-away you can also place your order on a screen inside or via QR-code. 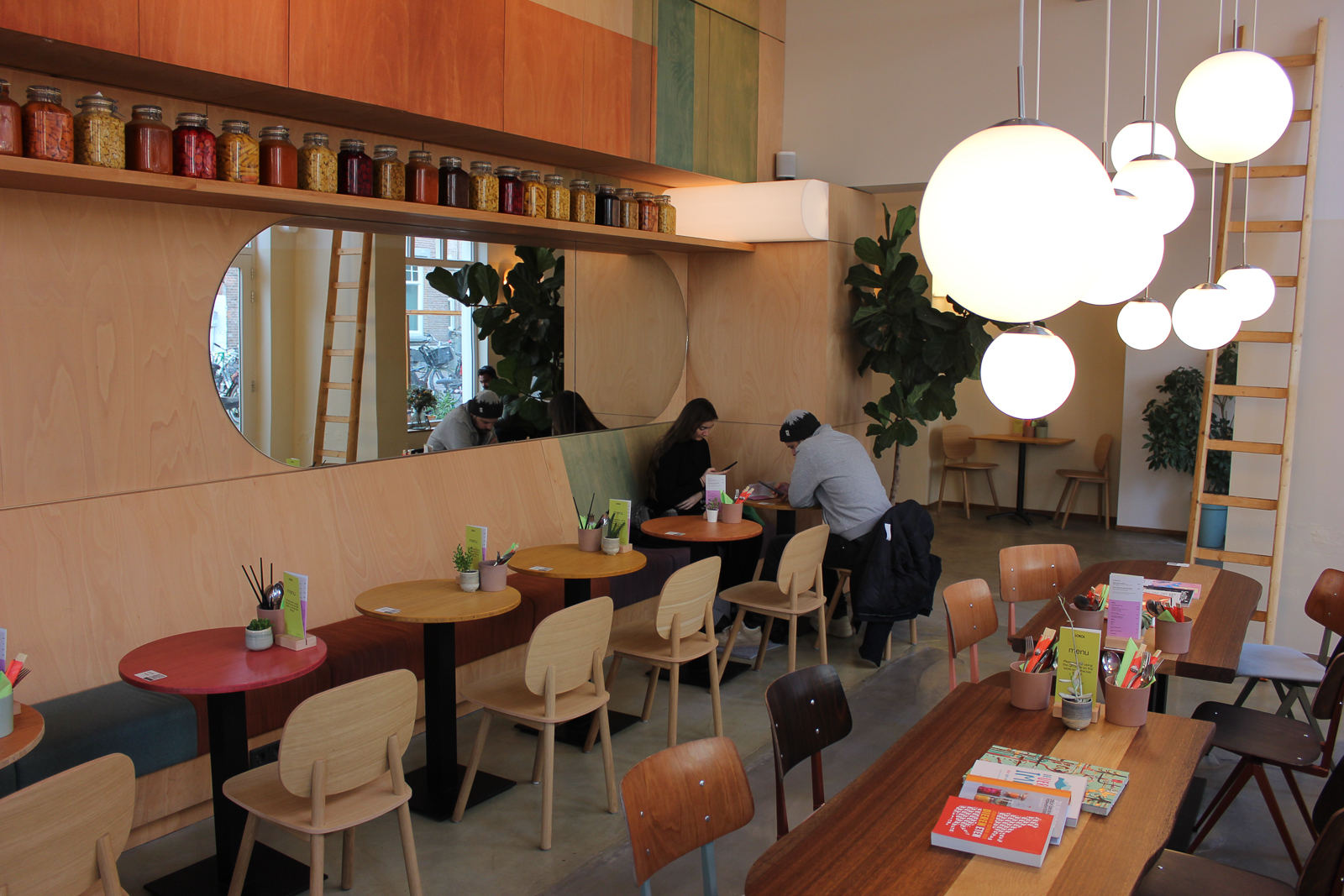 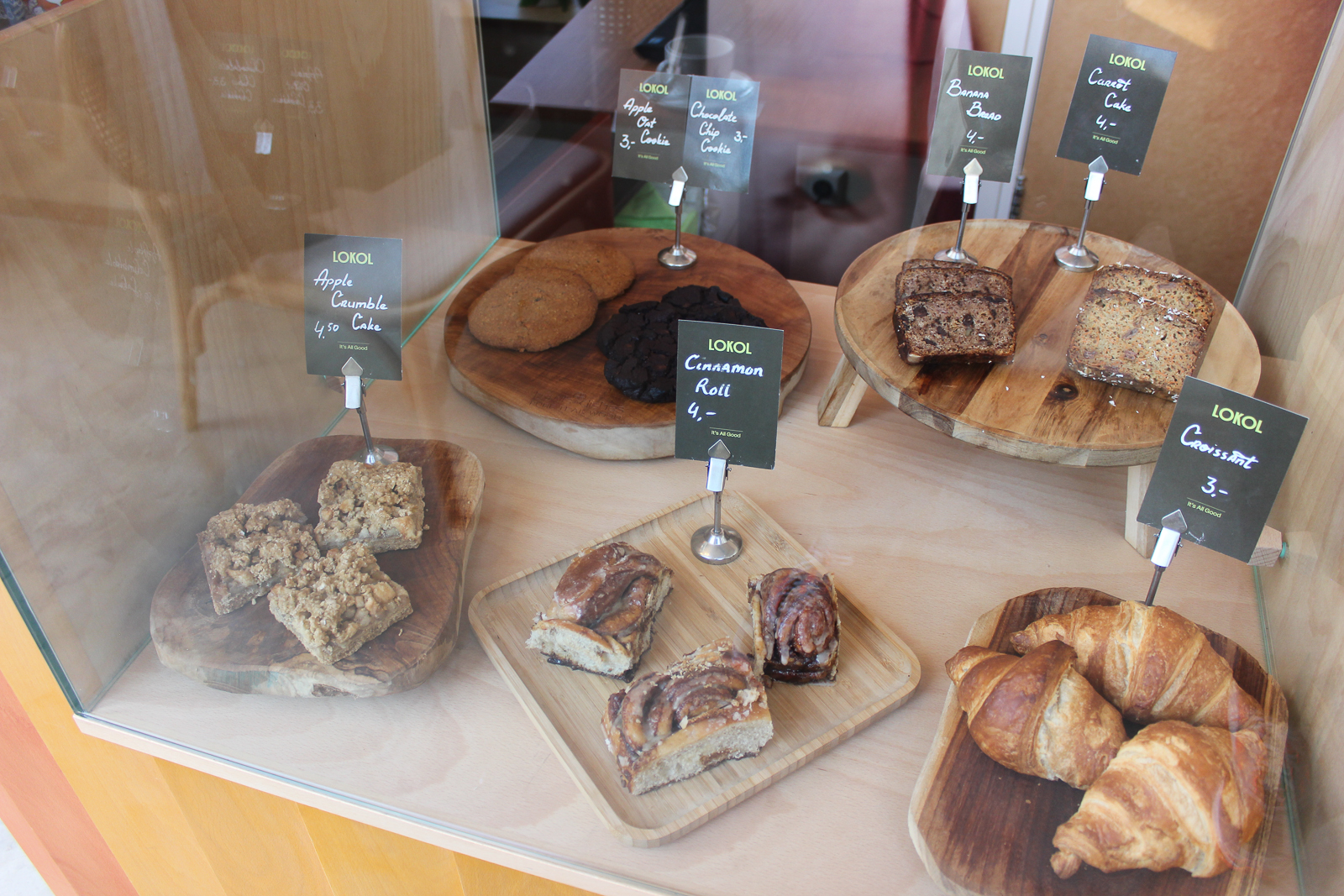 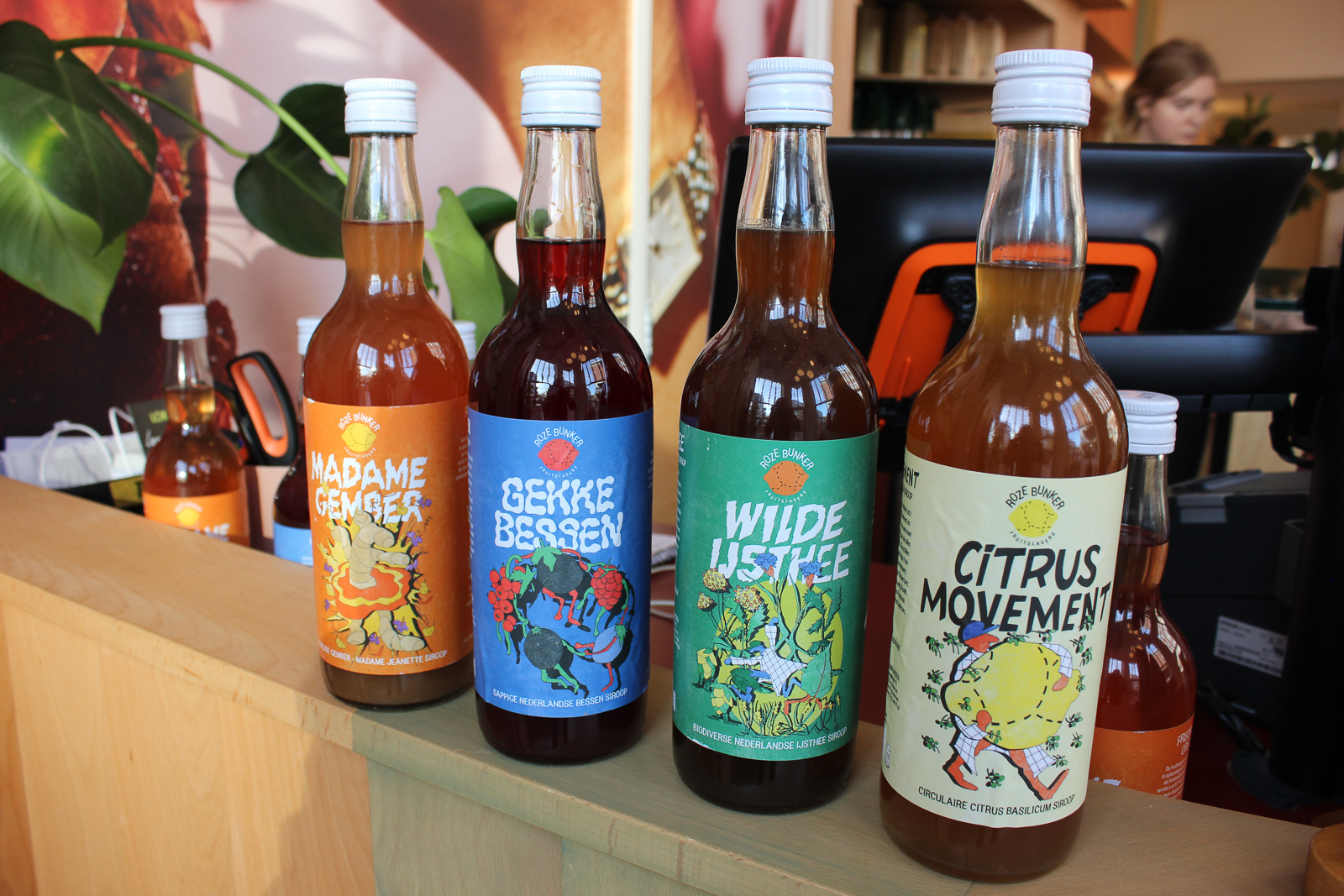 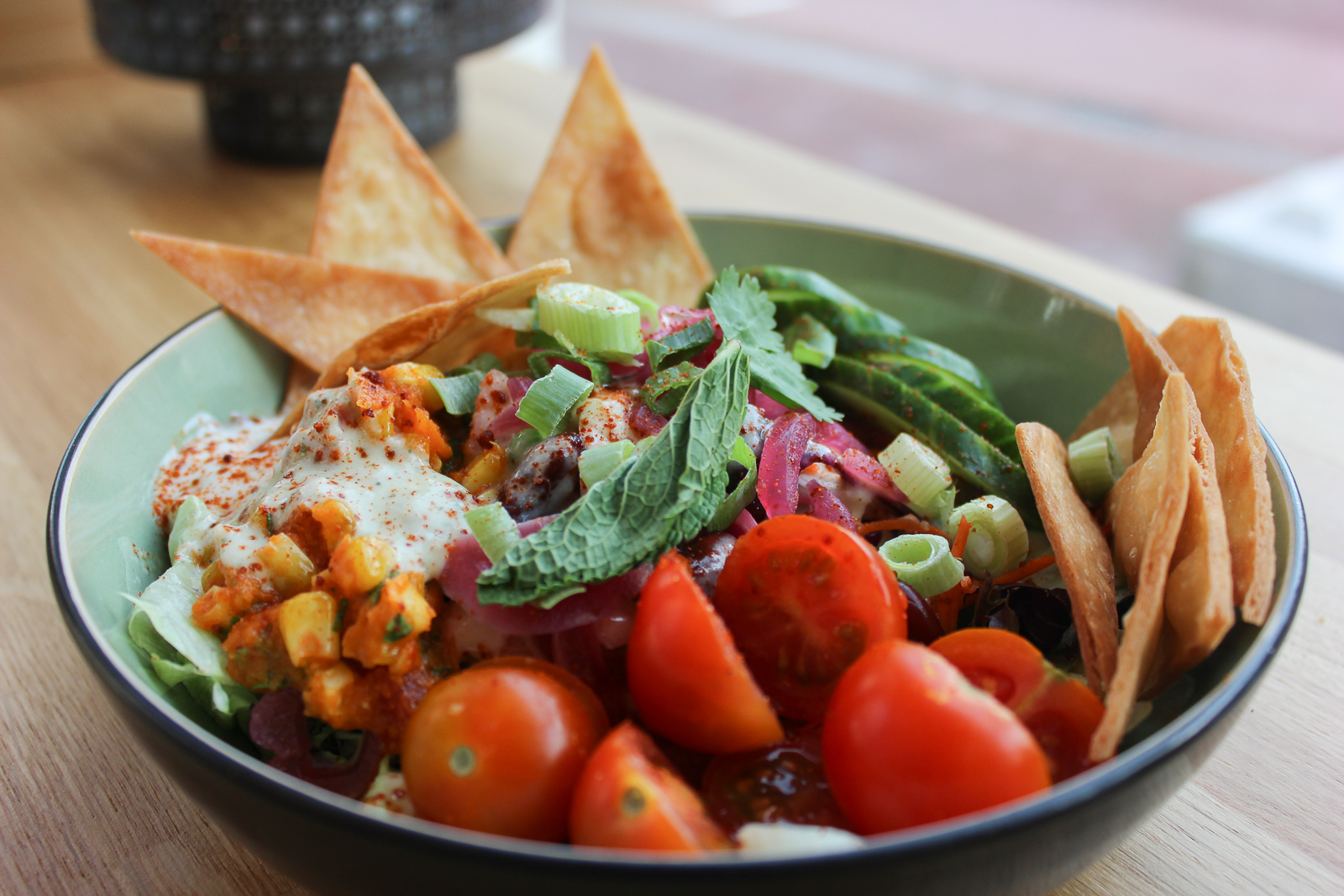 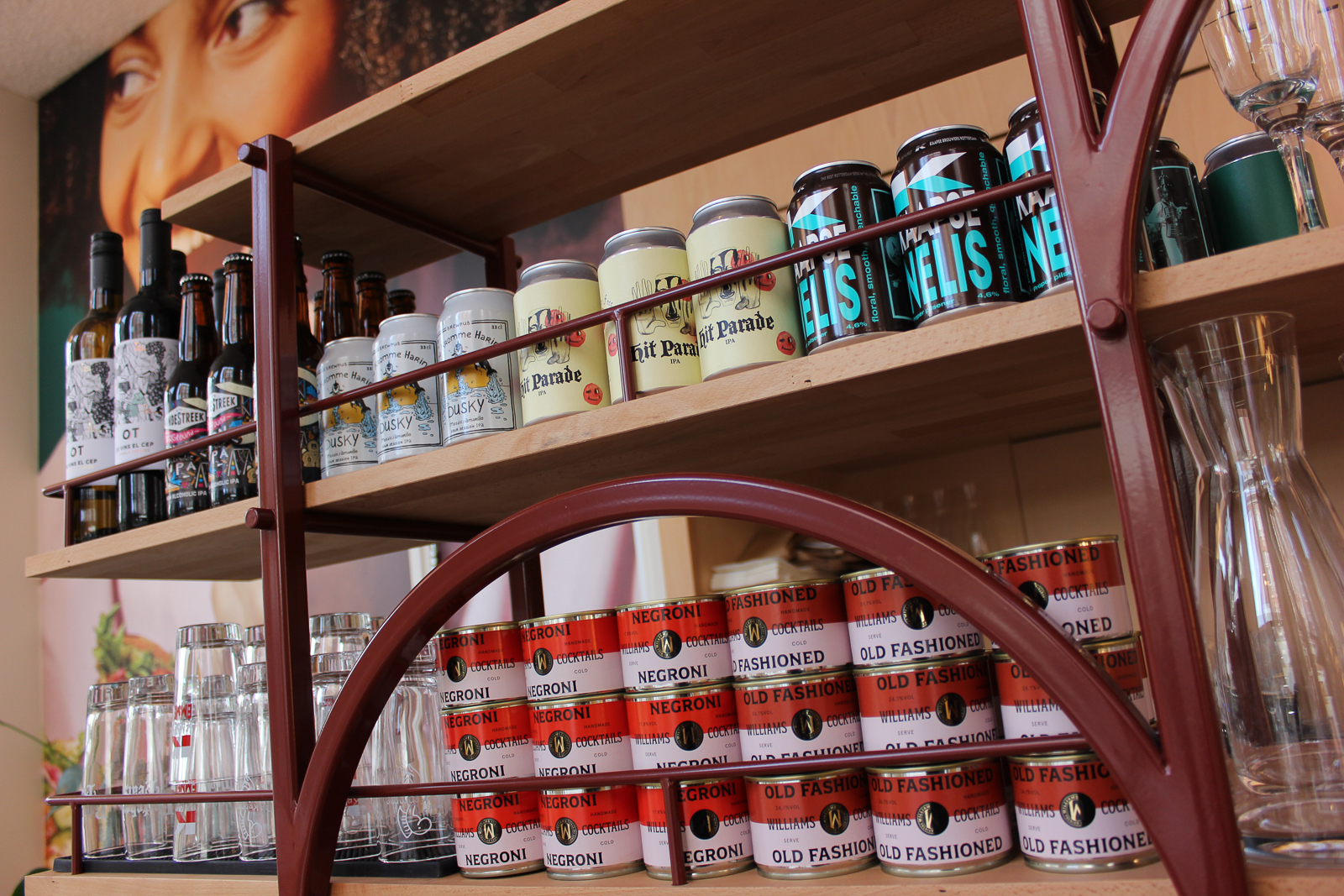 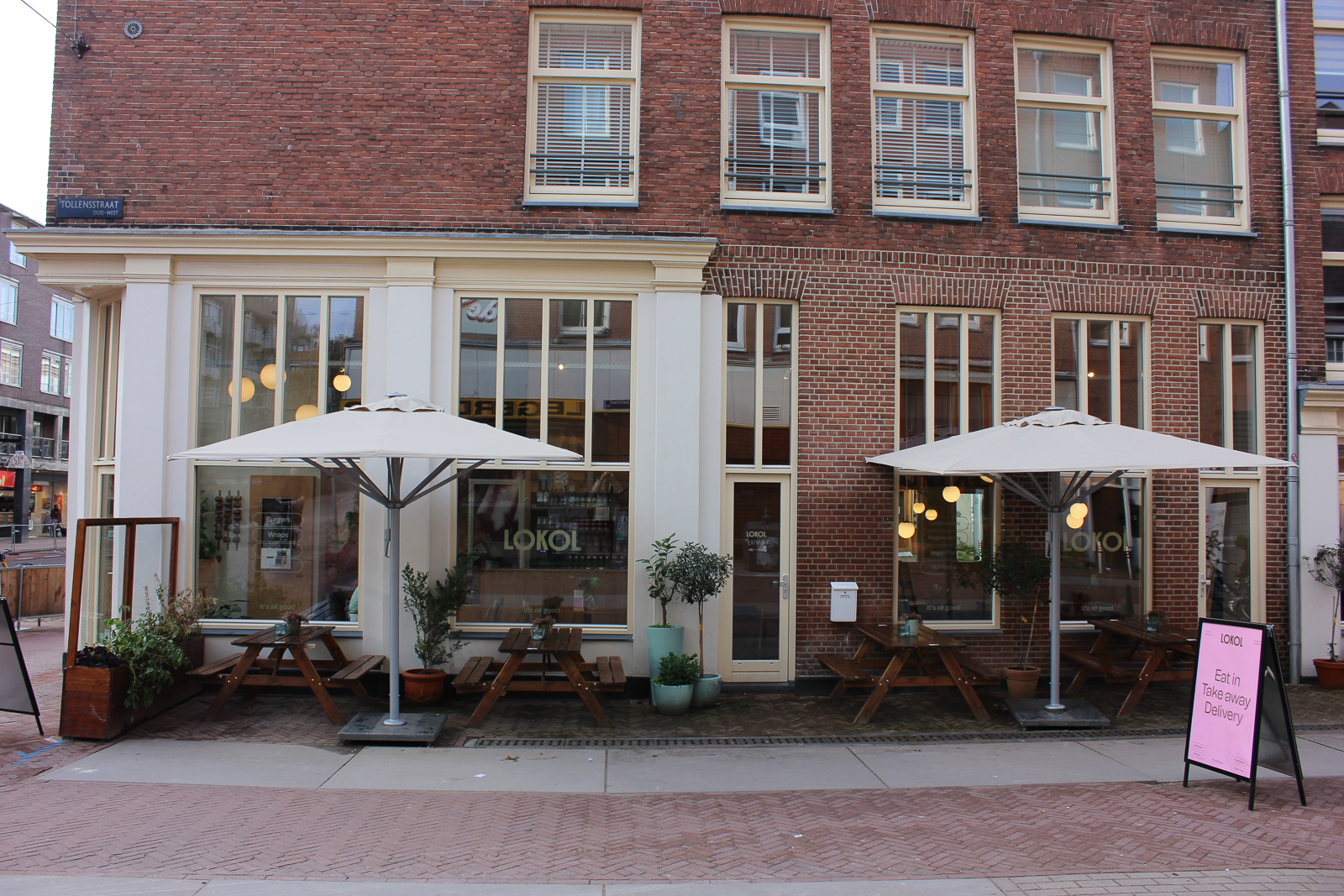