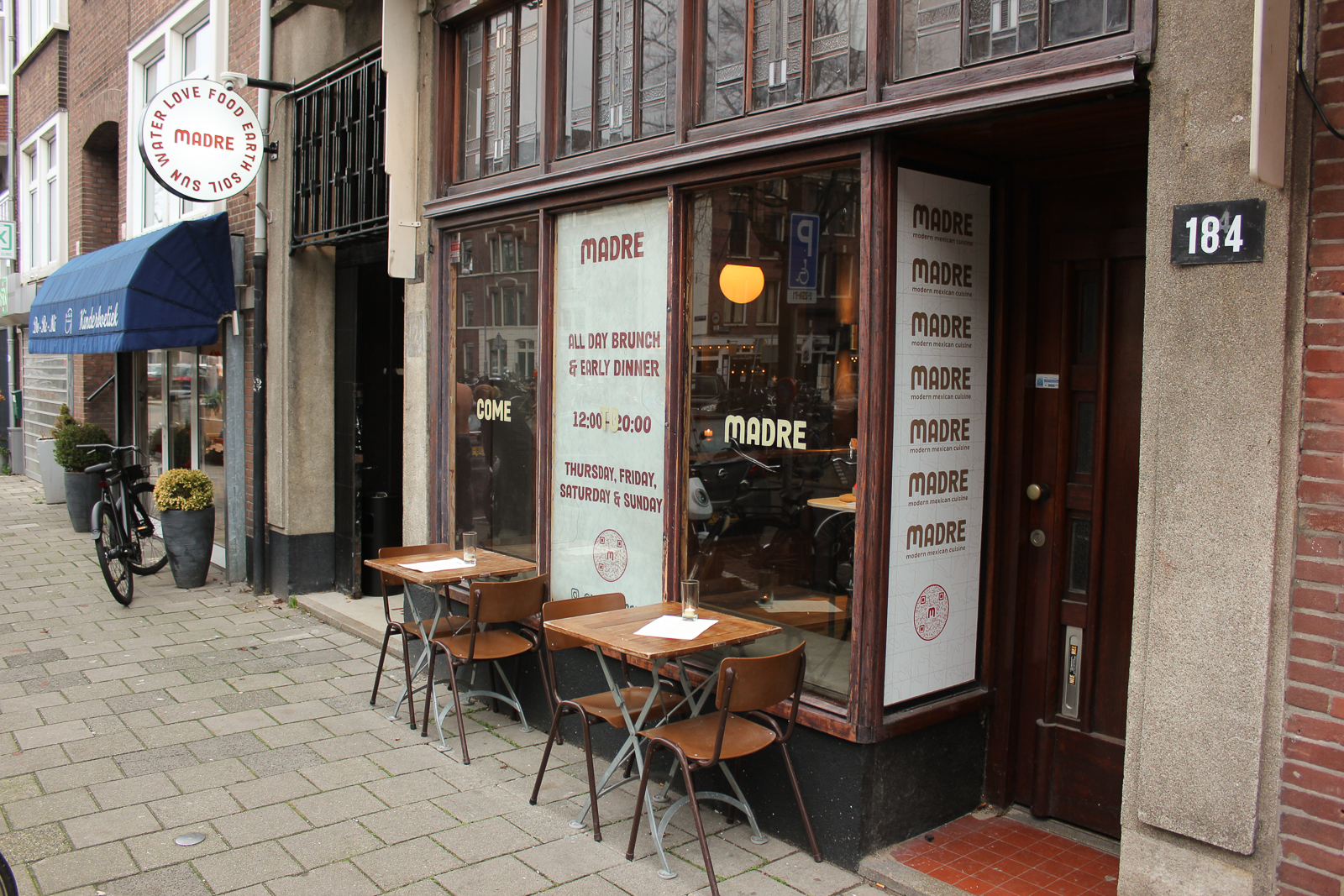 Spacious vegan Mexican restaurant at Westerstraat. They also have a separate cocktail bar area in the front.

Of course the corona pandemic added some additional challenges, but after she found a dream location eventually Madre opened October 2021. 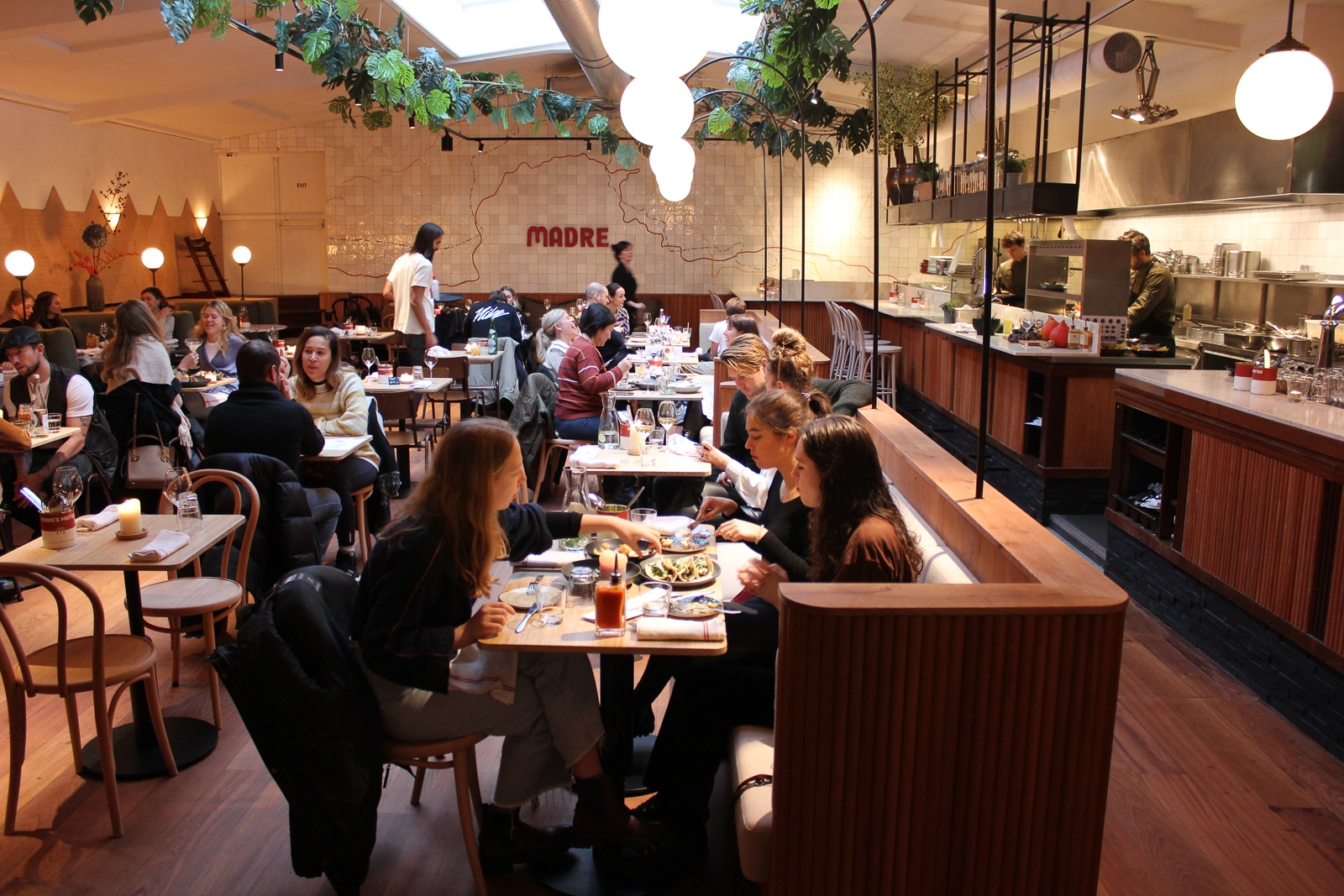 “The Mexican cuisine lends itself well to a plant-based menu, as all the basics are already vegan: corn, guacemole, pico de gallo, rice, beans etc. Meat is used a lot for fillings but these you can replace with vegan versions,” says Suzanne. That’s why at Madre they call their food also modern Mexican, to allow for experimenting.

The menu is pretty straightforward, divided into starters, main courses and desserts. Famous Mexican dishes like tacos, fajitas and quesadillas but also lesser known dishes such as sopes (maize cakes with savoury topping), pozole (traditional soup made from hominy corn) and elote (cob of corn from the bbq). By the way, you won’t find the word ‘vegan’ on their menu at all! But the insider will understand, looking at the menu.

Then there’s also an elaborate cocktail menu prepared by the cocktail shaker in the front. Non-alcoholic cocktail options as well.

Lots of seating inside the restaurant area, also some tables in the adjoining cocktail bar area, where they serve a few snacks as well. Madre is located at Westerstraat, Jordaan. Before Madre, well-known restaurant Cinema Paradiso used to be here for many years. Tram stop nearby (tram 5). 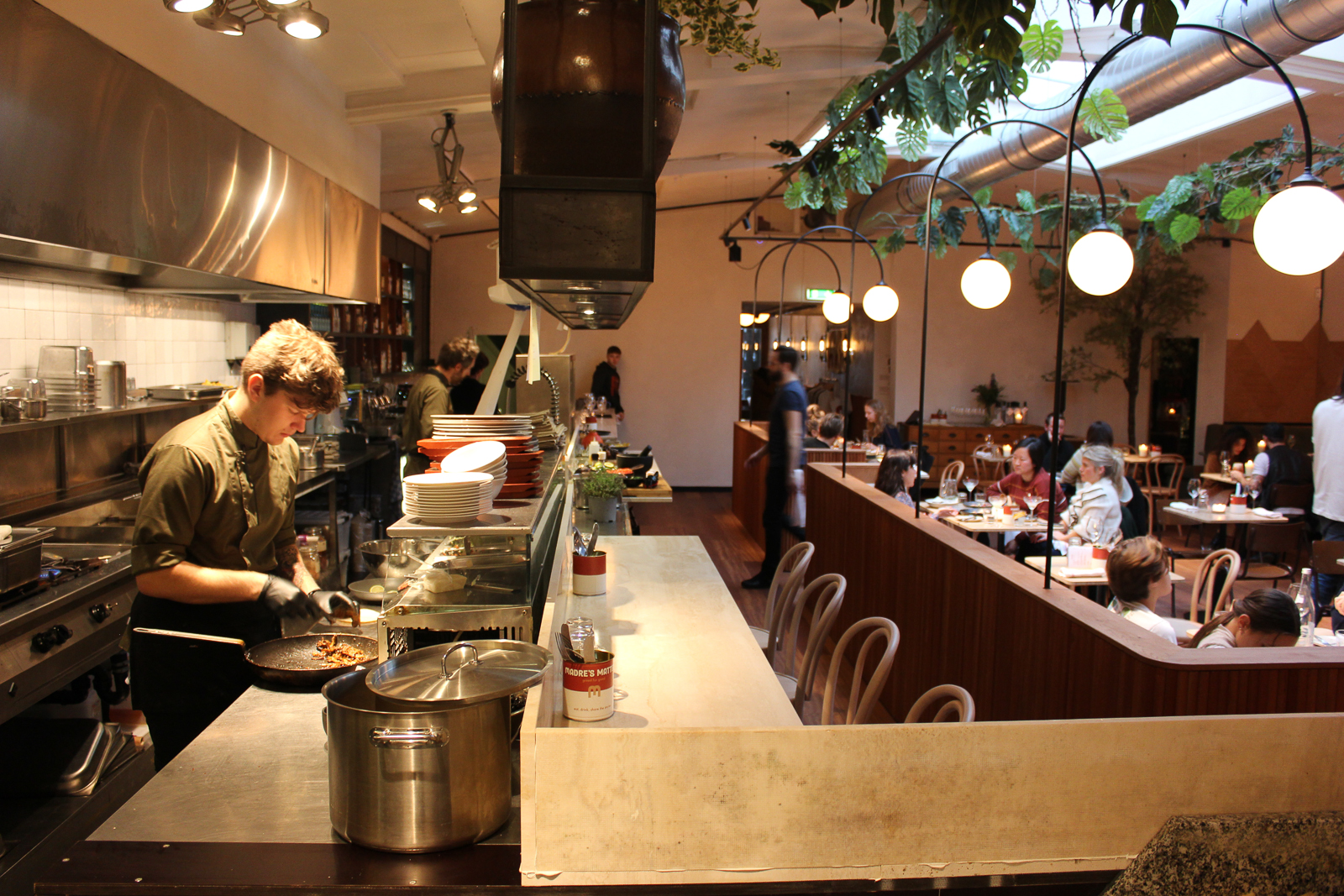 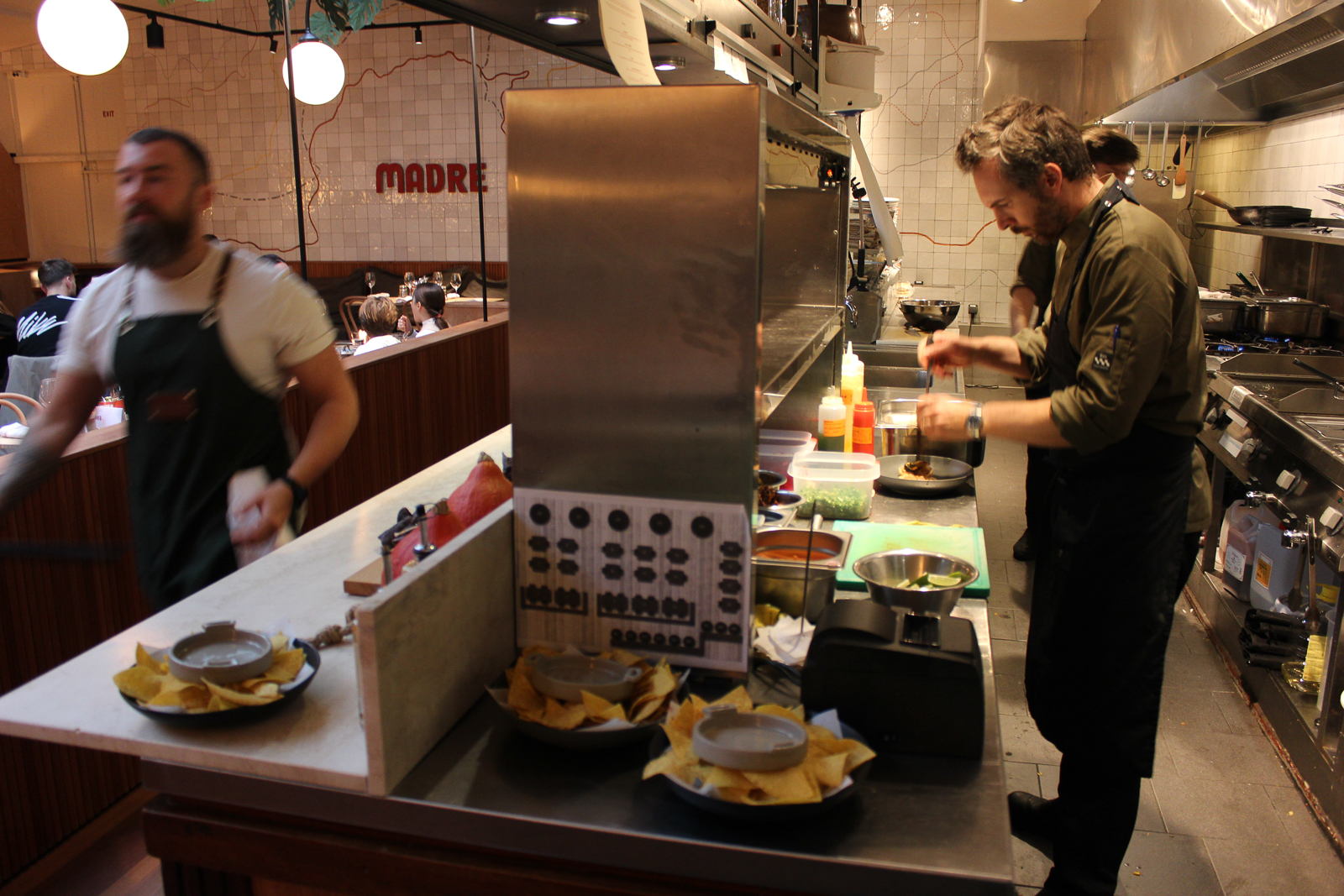 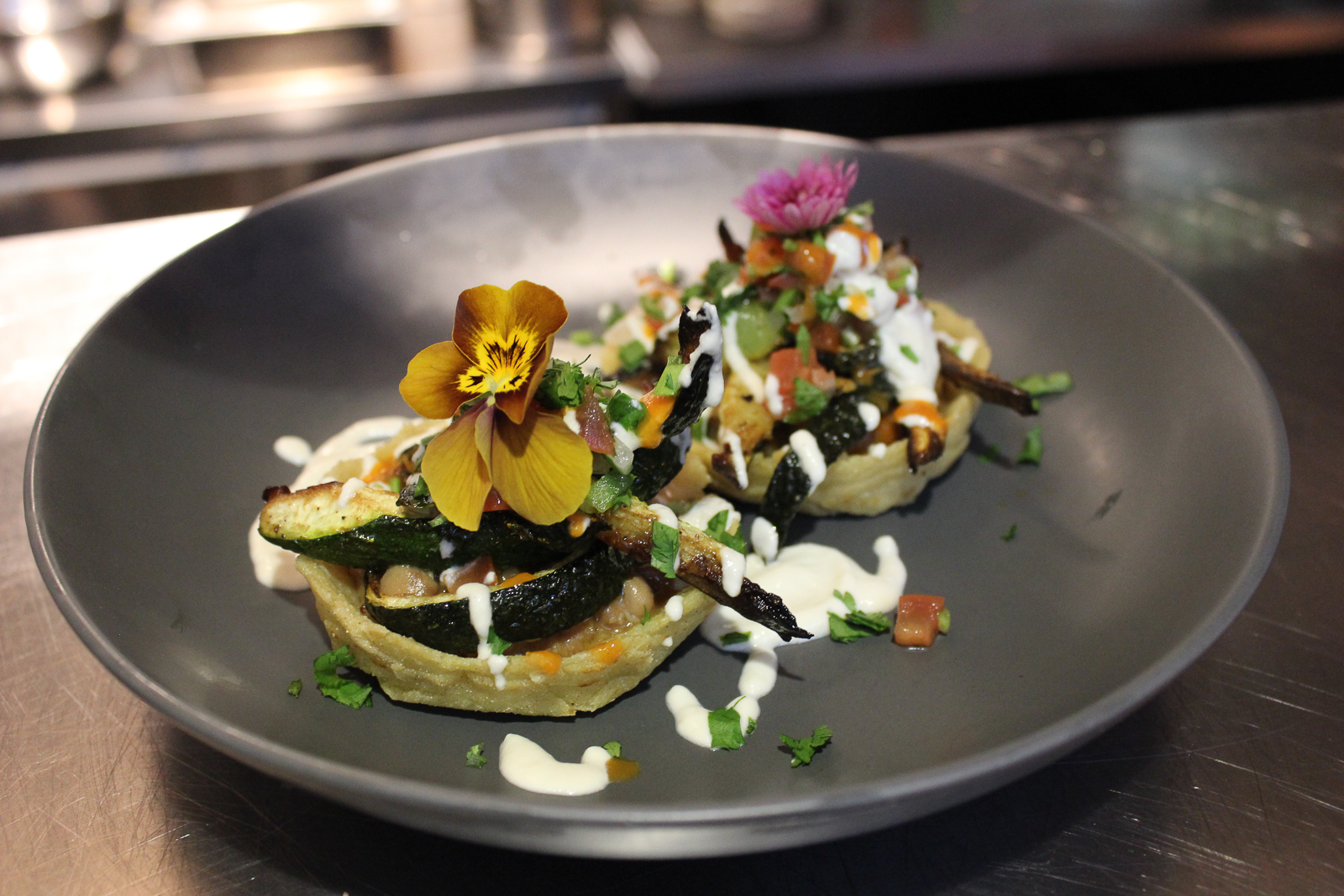 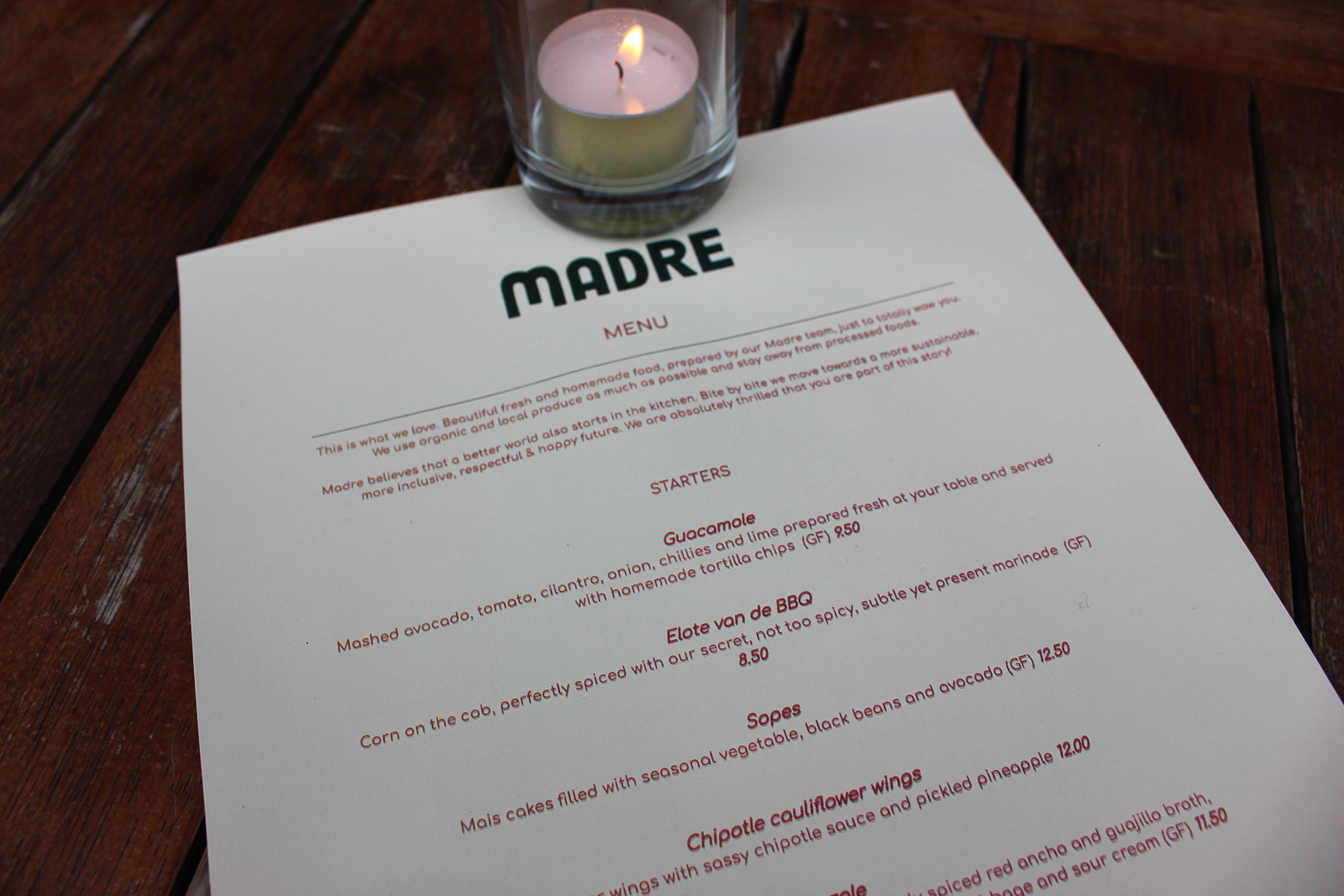 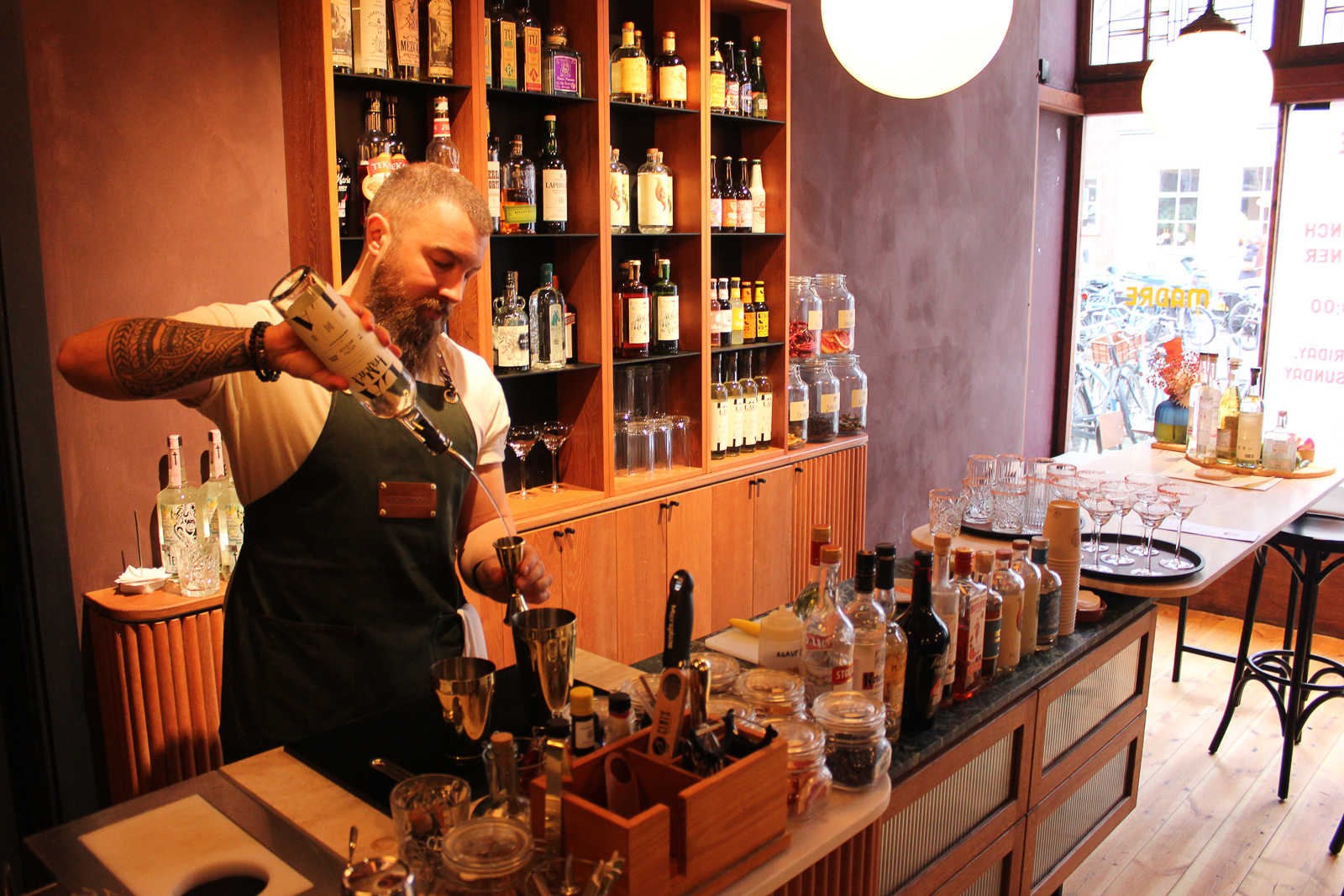 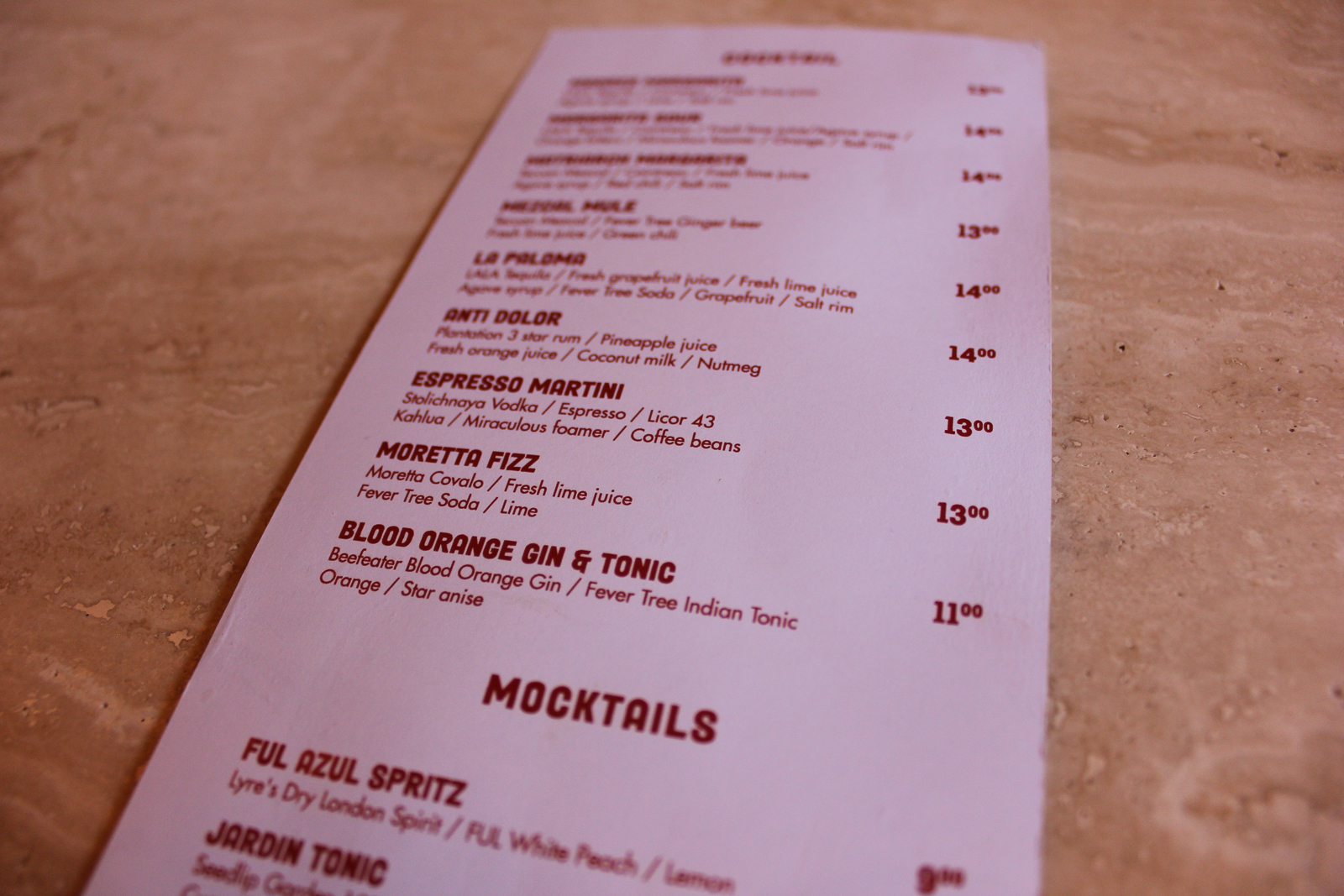 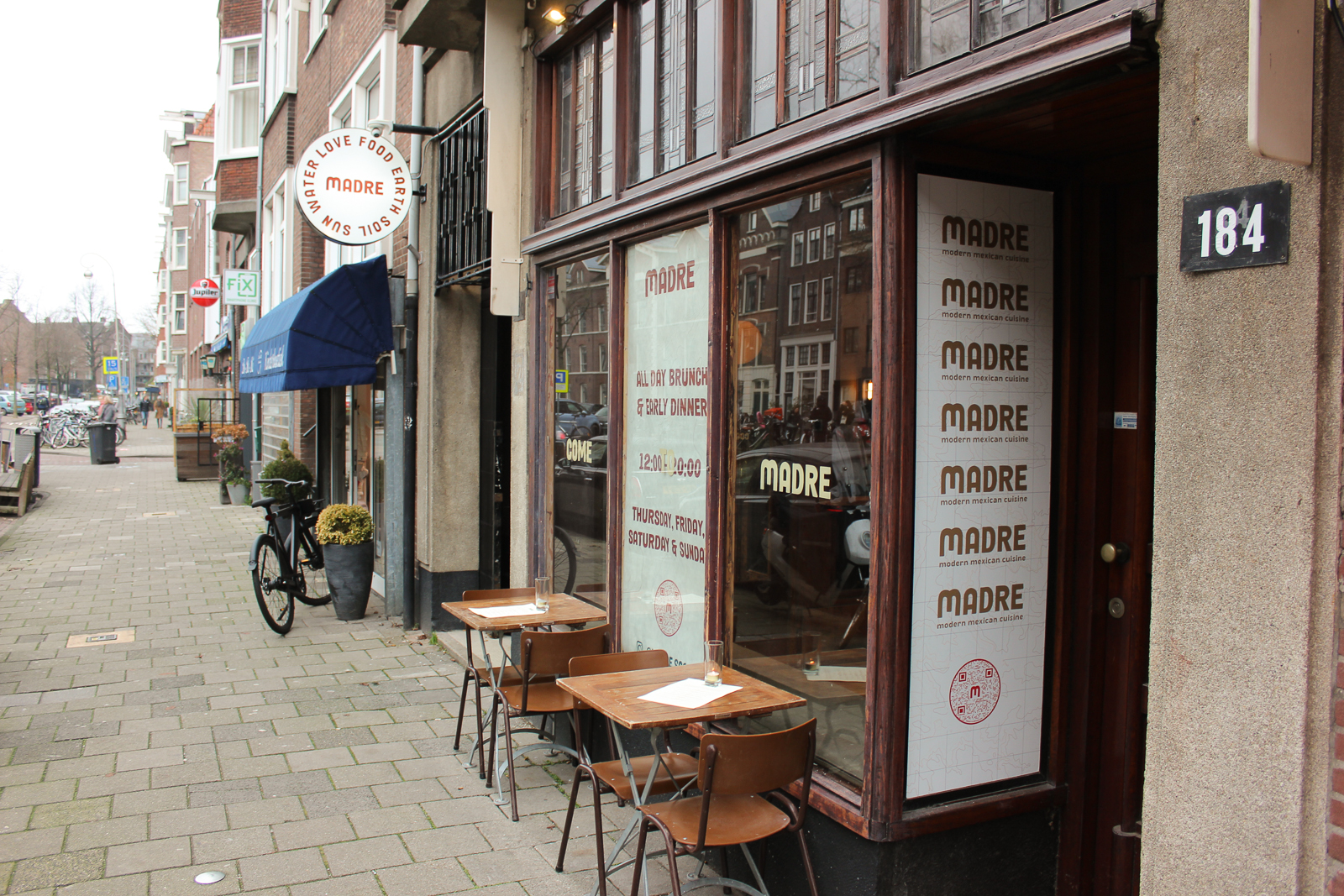