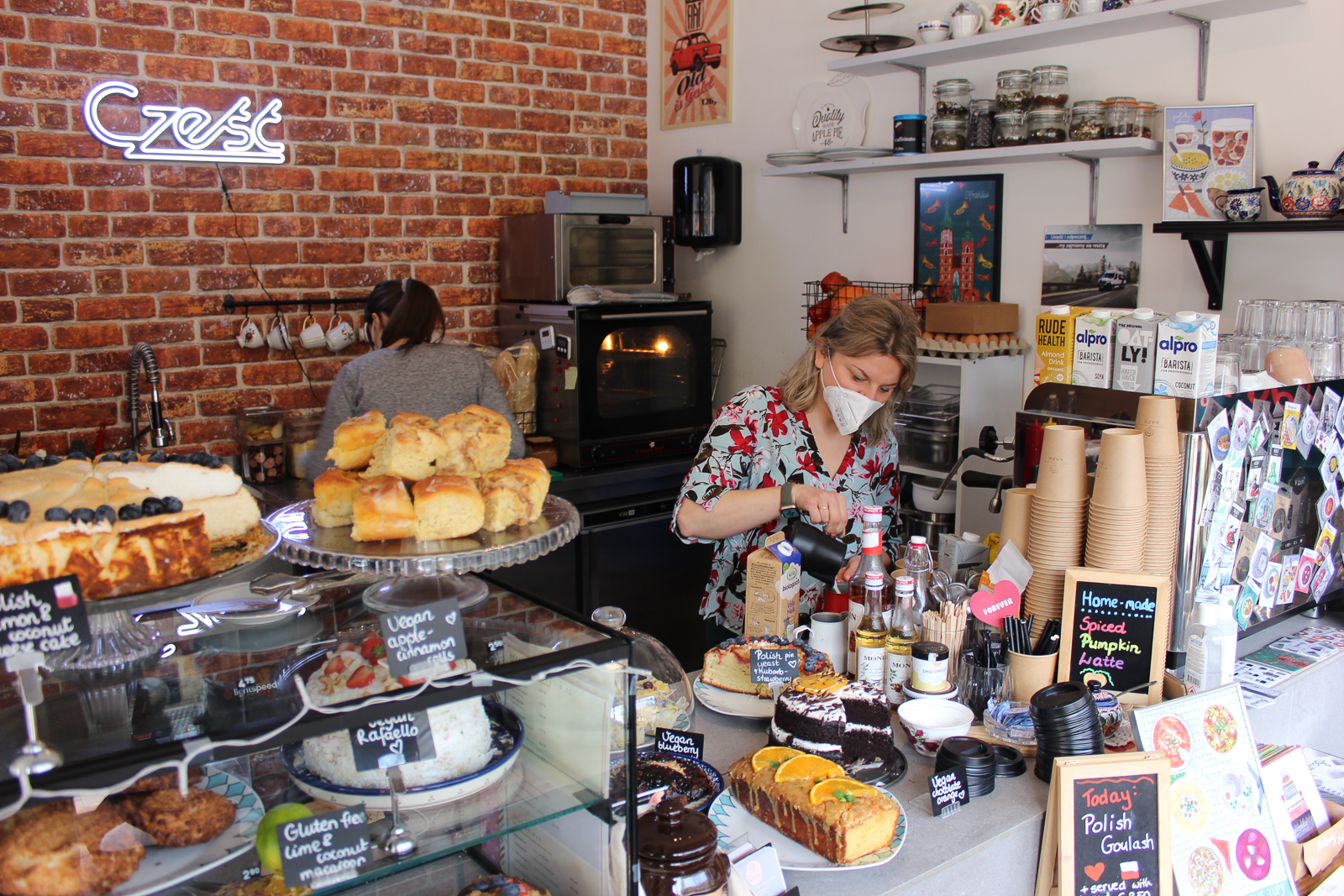 Opened last November at Bilderdijkstraat, Kazik is a café and store all about Polish food. Owner Kasia is from Poland herself and came to Amsterdam nine years ago.

The name Kazik is a derivative from Kazimierz, the Jewish district in Cracow. The food and vibe of this cosy neighbourhood is a source of inspiration for her. Kasia calls her café also ‘the living room of Cracow’ in Amsterdam.

In Kazik she wants to offer people homemade, authentic Polish food, including vegan versions. Especially a lot of pastry, best to visit during the weekend when their vegan pastry selection is huge! In Oud-West, the neighbourhood where Kazik is located, there is a lot of demand for vegan food options, Kasia tells me.

Another characteristic dish on the menu is zapiekanka. This is a typical Polish fastfood meal, consisting of an open sliced baguette with topping and roasted in the oven. The vegan version at Kazik has mushroom spread, vegan cheese, smoked tofu and vegetables on it! Other vegan savoury options are sandwiches with home-made spread (which are also for sale to take home).

Kasia wants to debunk the negative stereotypes about Poland. “I want to show that Poland is also about creativity, delicious food and beautiful products.” 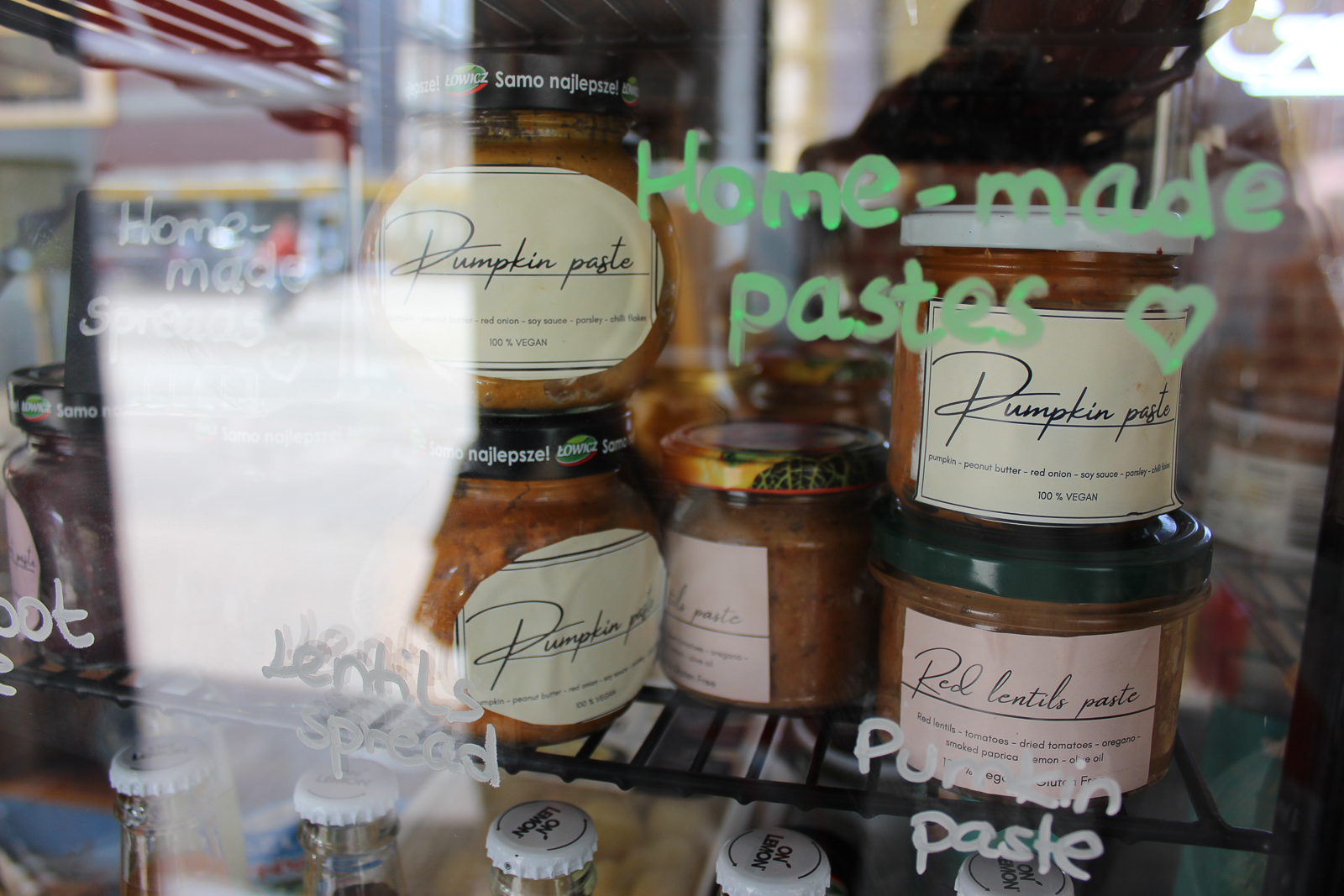 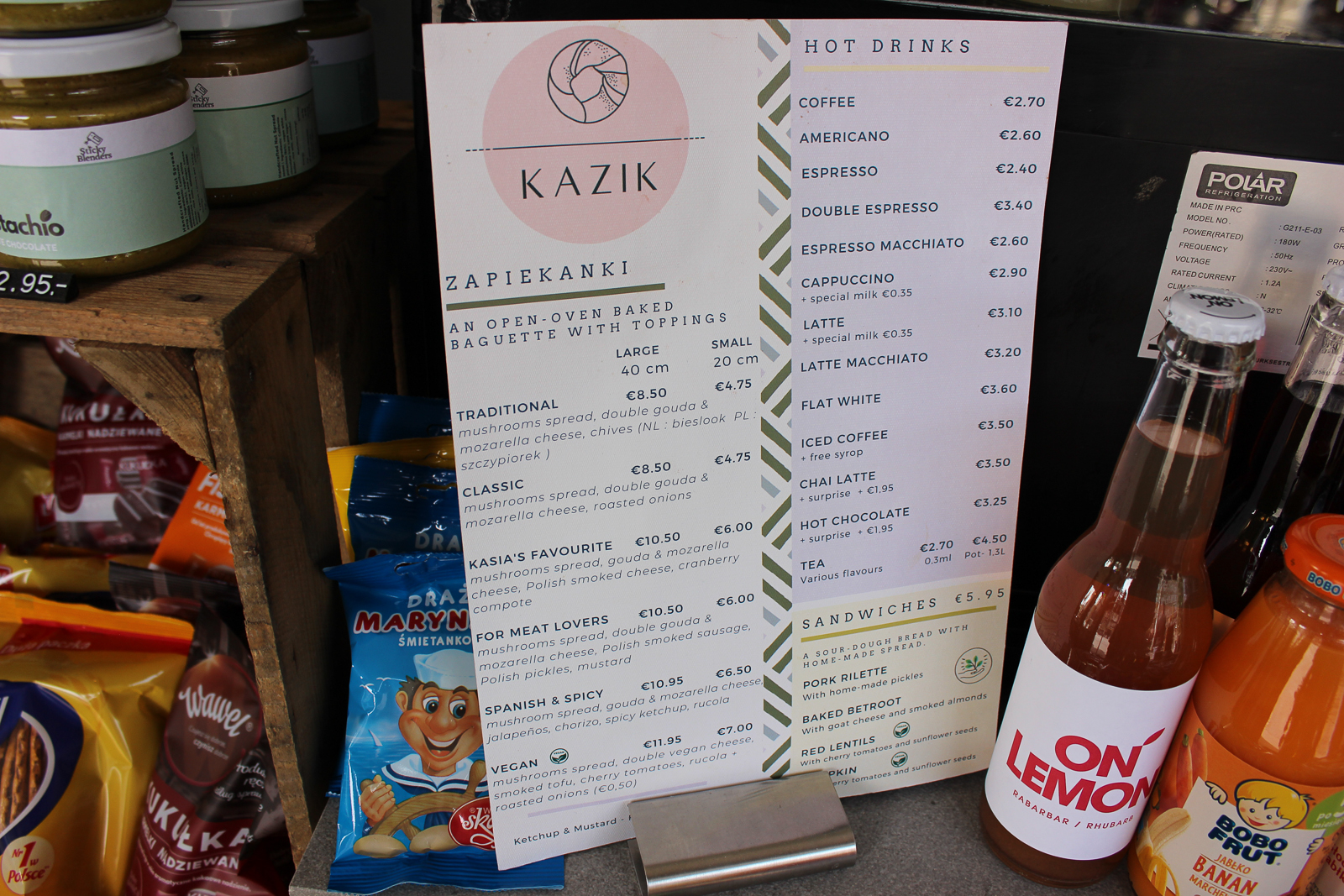 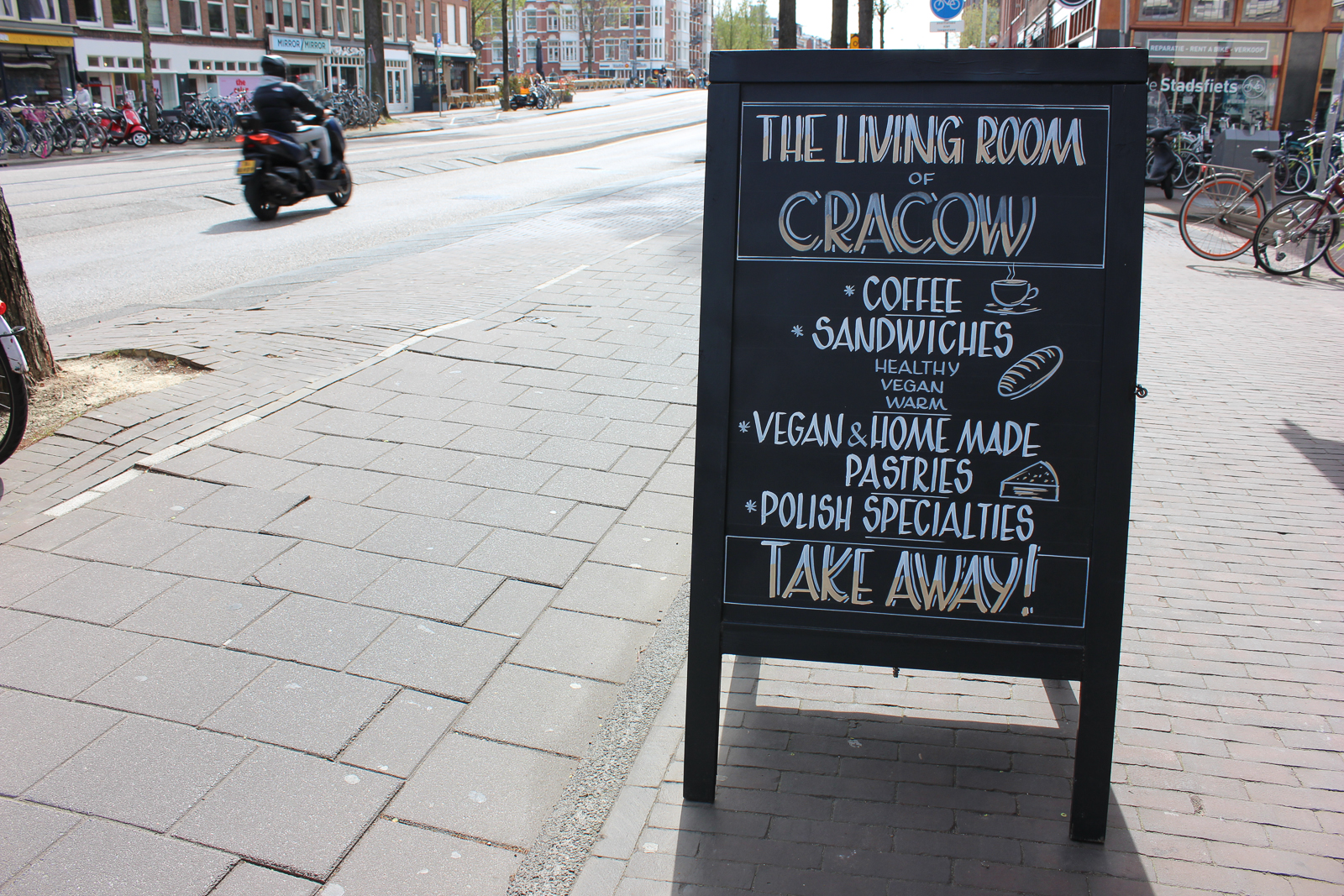 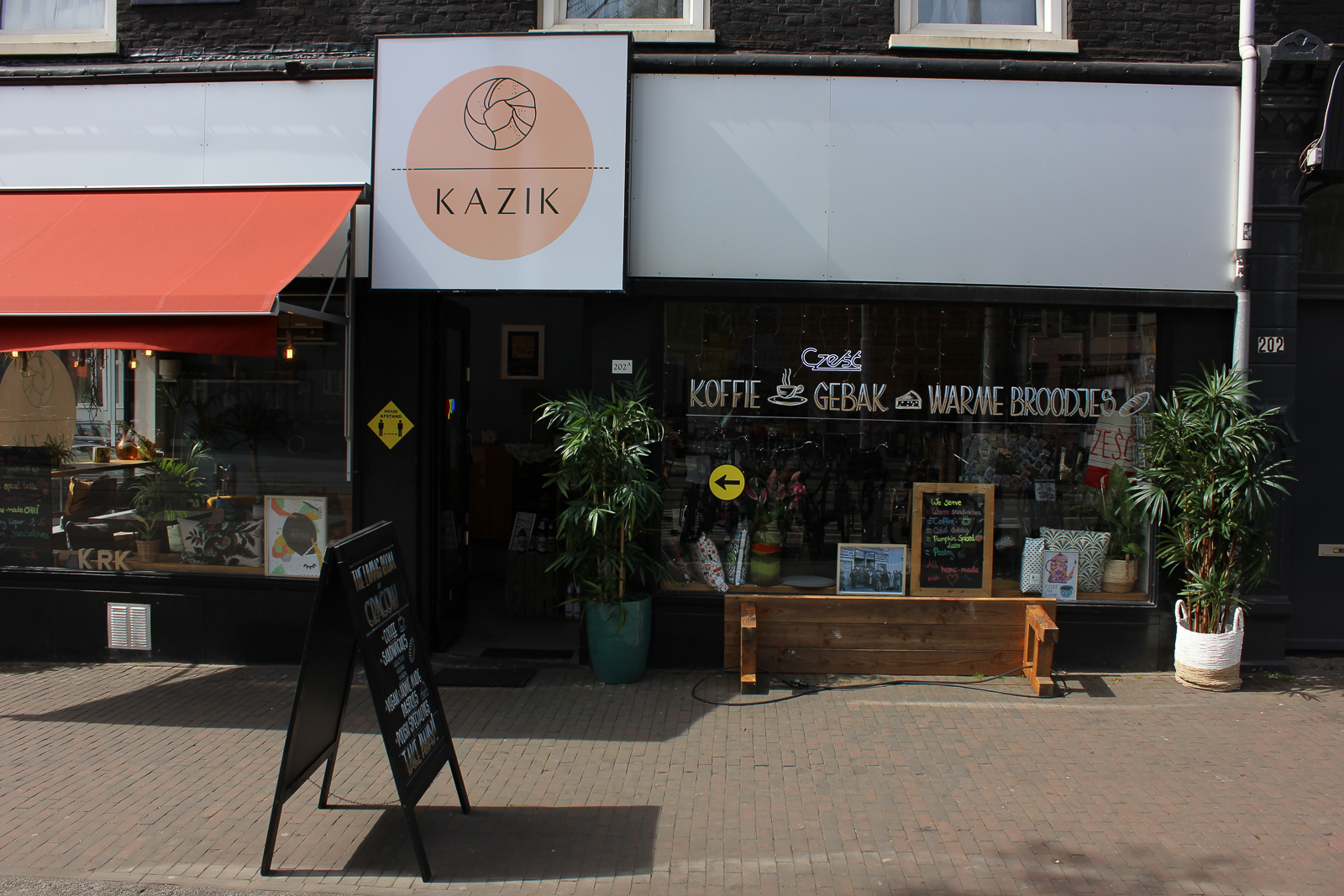 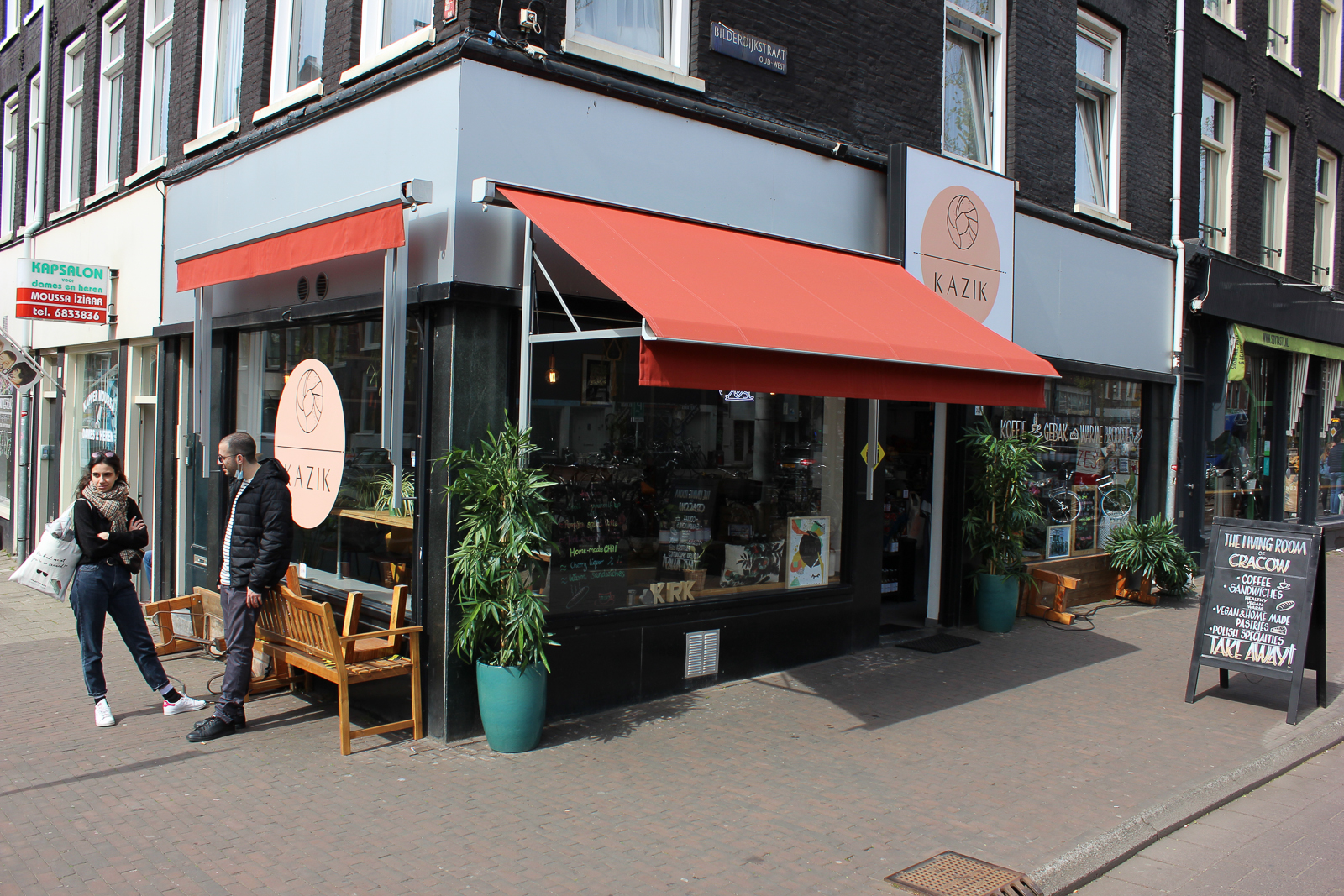