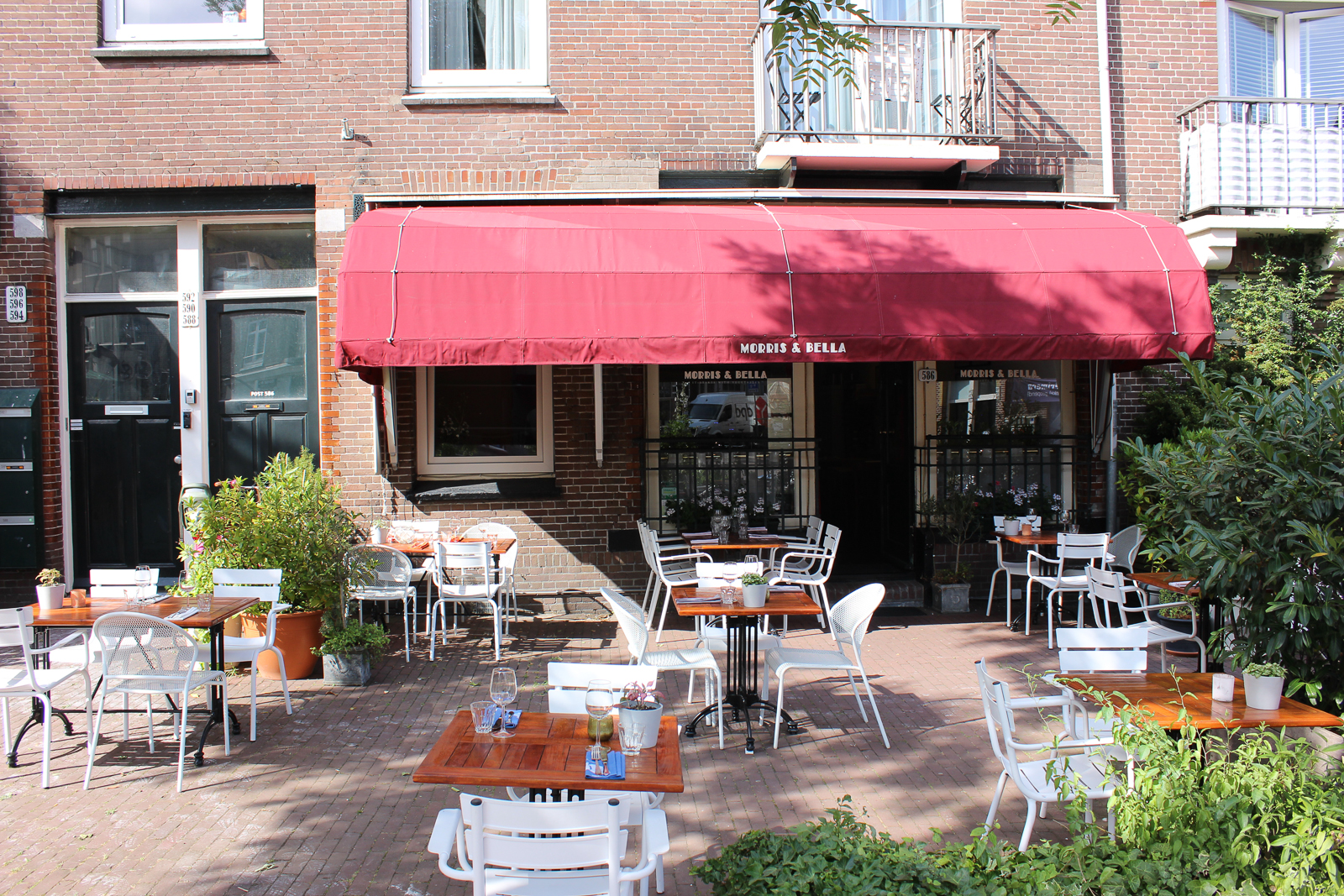 They met at a restaurant where they both worked at the time. Maurice ‘Morris’ in the kitchen, Annebel ‘Bella’ serving. Bella was vegan but the restaurant not exactly vegan-friendly, so Morris would cook her a vegan meal every day. They fell in love with eachother and eventually decided to start a restaurant together!

Morris & Bella opened in 2017 as a plant-forward restaurant, meaning the menu is vegan, but you can order non-vegan supplement dishes if desired. One of the reasons for this choice was so also people hesitant about vegan food would be tempted to come in.

Then when corona happened, they reflected more on their concept and felt the time was there to make a clear statement, so since June 2021 they are a completely vegan restaurant. “Because the pandemic is forcing us to make more sustainable choices, but also because customers are now more used to vegan food,” says Bella. Morris adds, it was also harder and harder for him to come up with the non-vegan supplements as they were not what his menu was about.

Morris & Bella is about the subtle approach, they don’t write the word ‘vegan’ in big letters on the window, but try to attract people just with good food. “We make people conscious of their food choices without pointing the finger,” says Bella. “This way we’re planting a lot of seeds.” 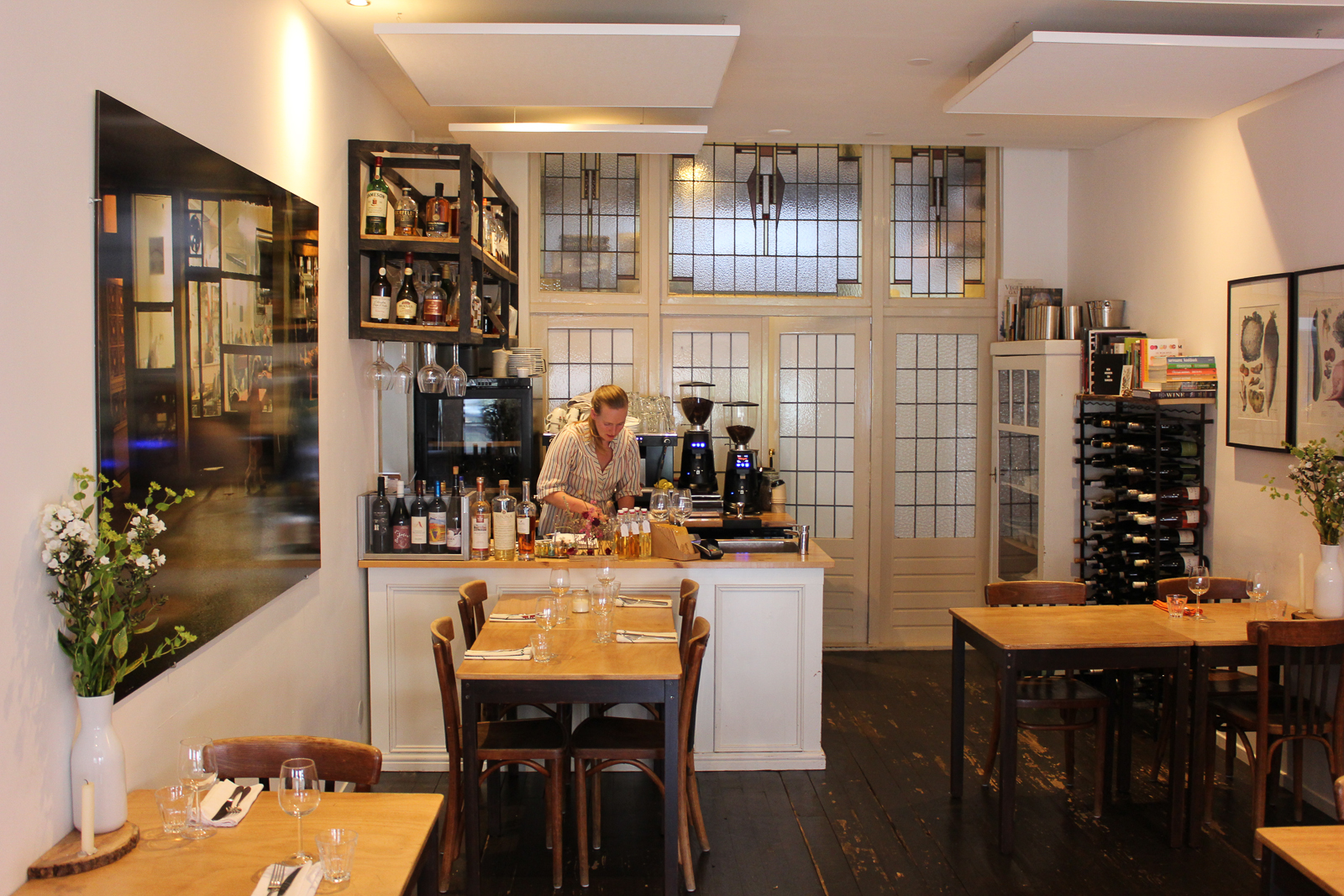 Morris & Bella offers a 6 course set menu, of which you can make a choice of 4 to 6 courses. The menu changes every month and is inspired by the produce in season at that moment. The food can be paired with various wines, as Bella is also sommelier. Other drinks they offer are as local as possible, e.g. the beer and sodas are from producers in the same neighbourhood.

Besides the seating inside, they also have a beautiful terrace outside. Morris & Bella is located at Spaarndammerbuurt, at the corner of Spaarndammerstraat. Just a short stroll away from Haarlemmerplein and Westerpark.

Het Parool gave them an 8+ review some years ago, check it here. 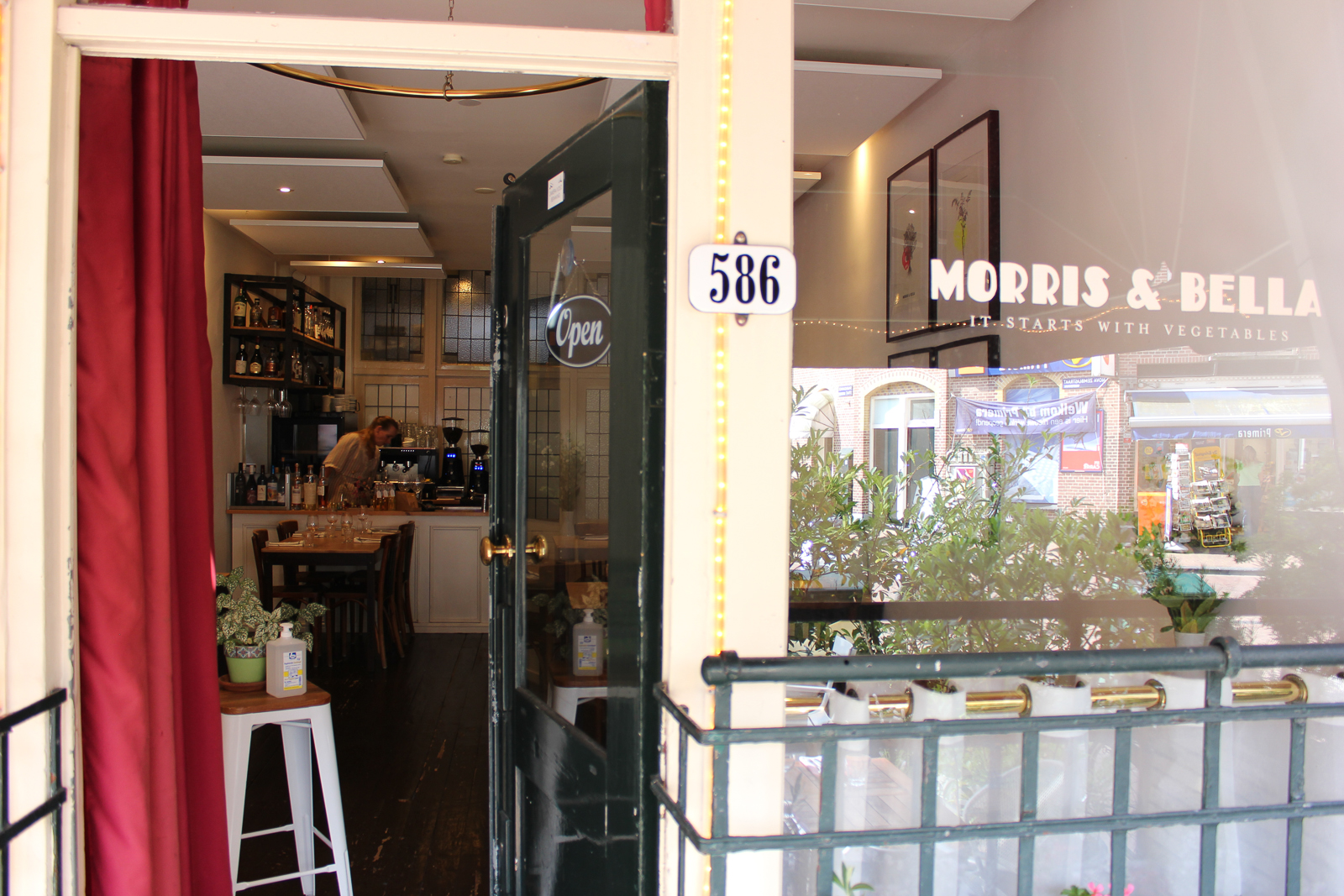 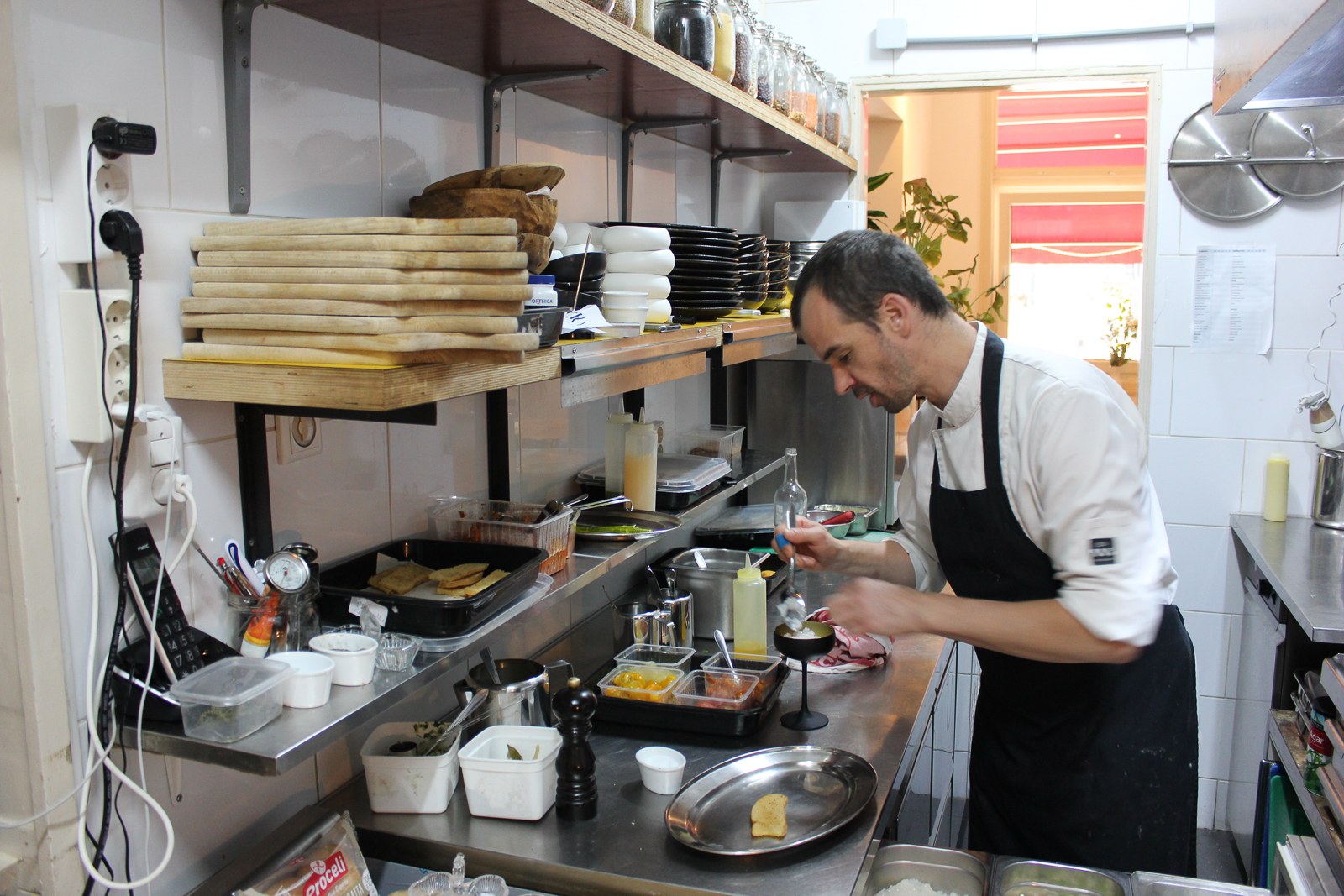 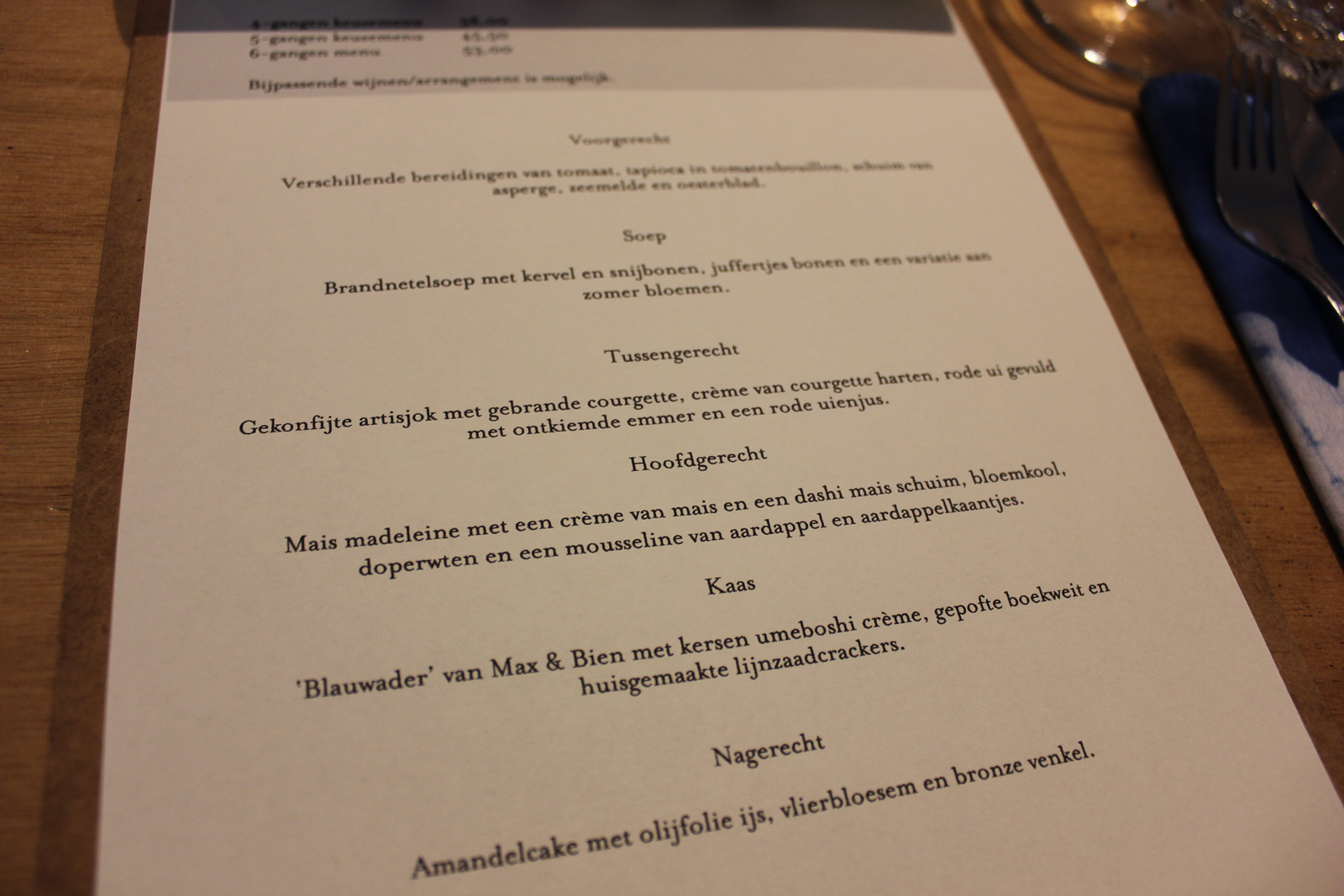 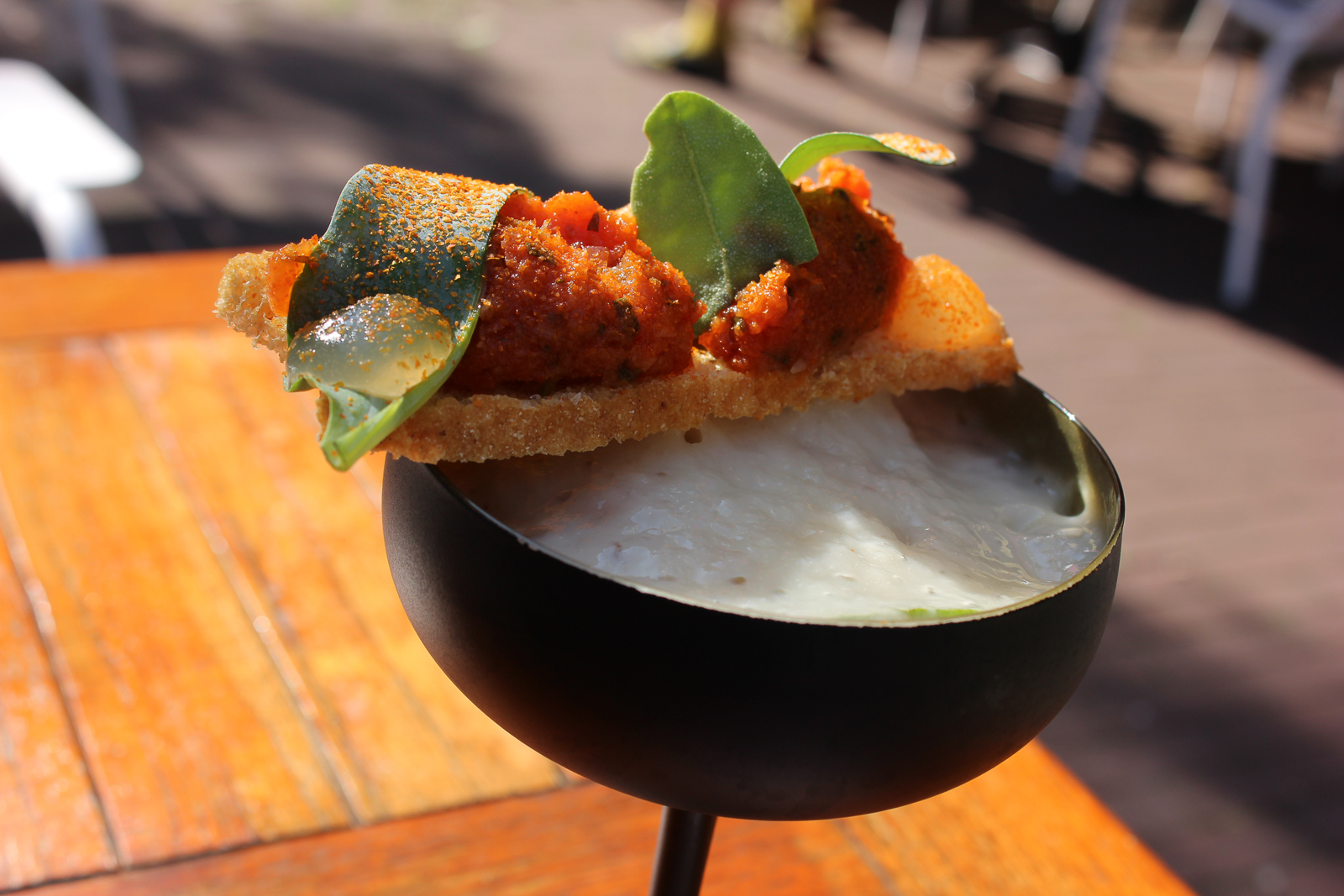 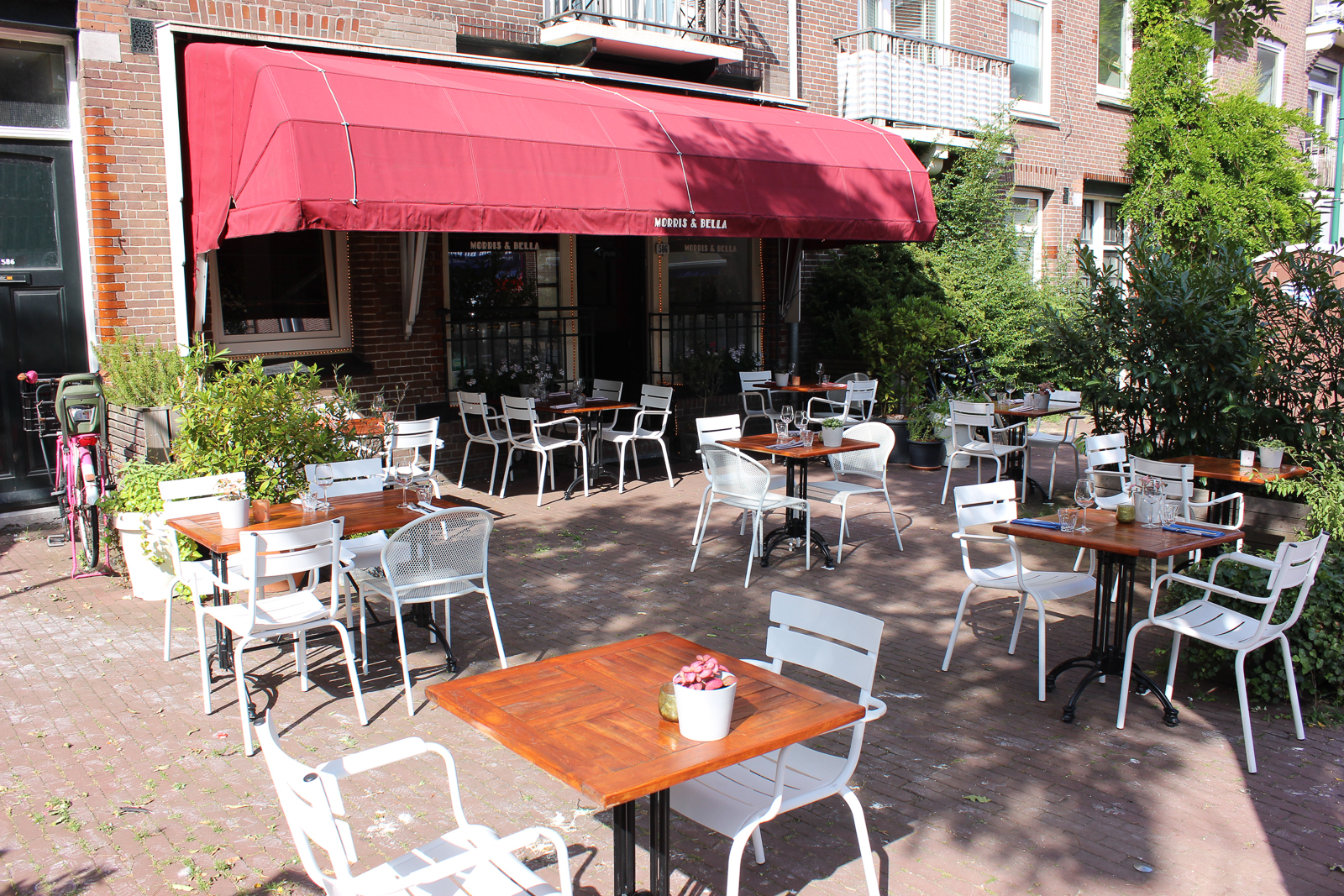 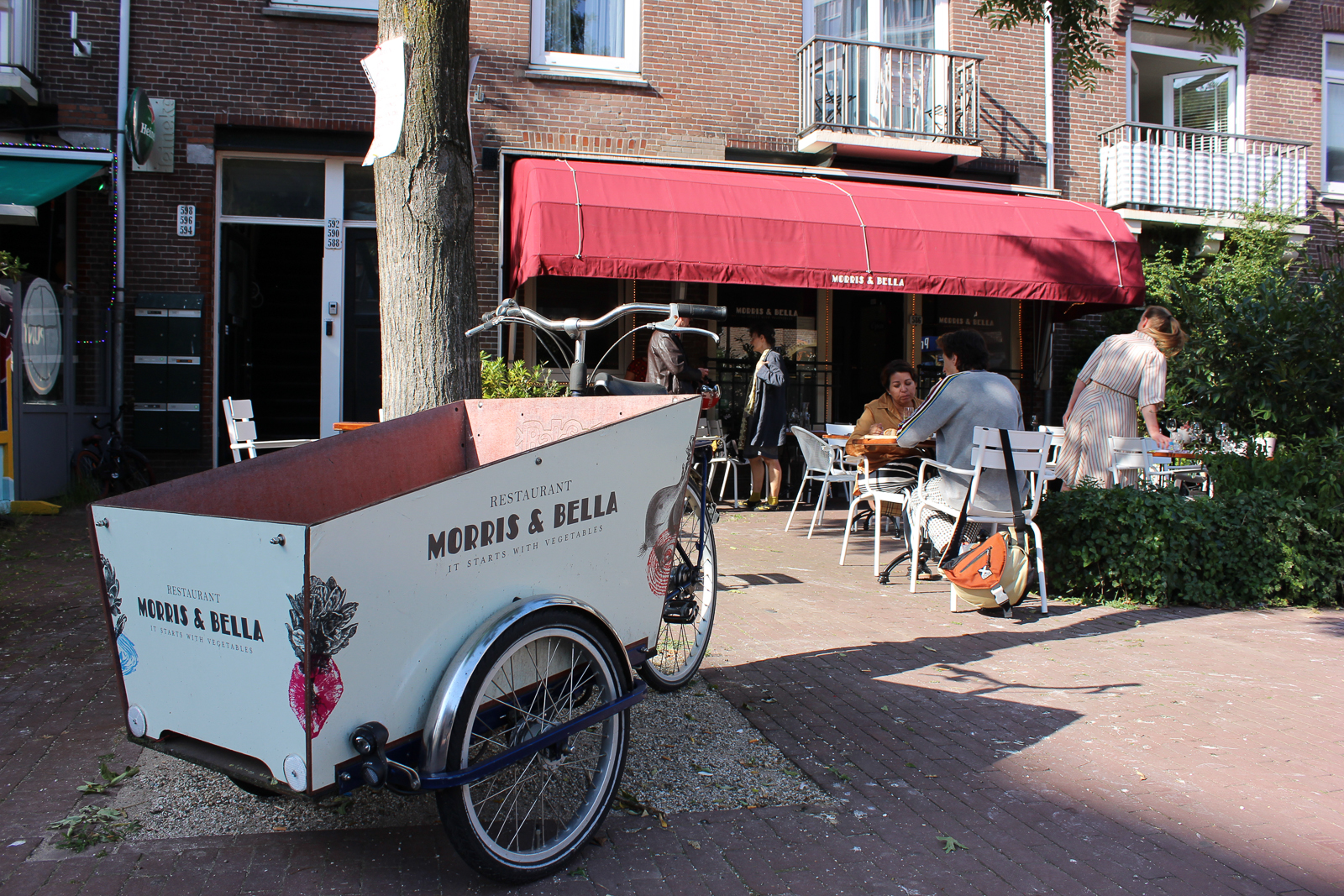 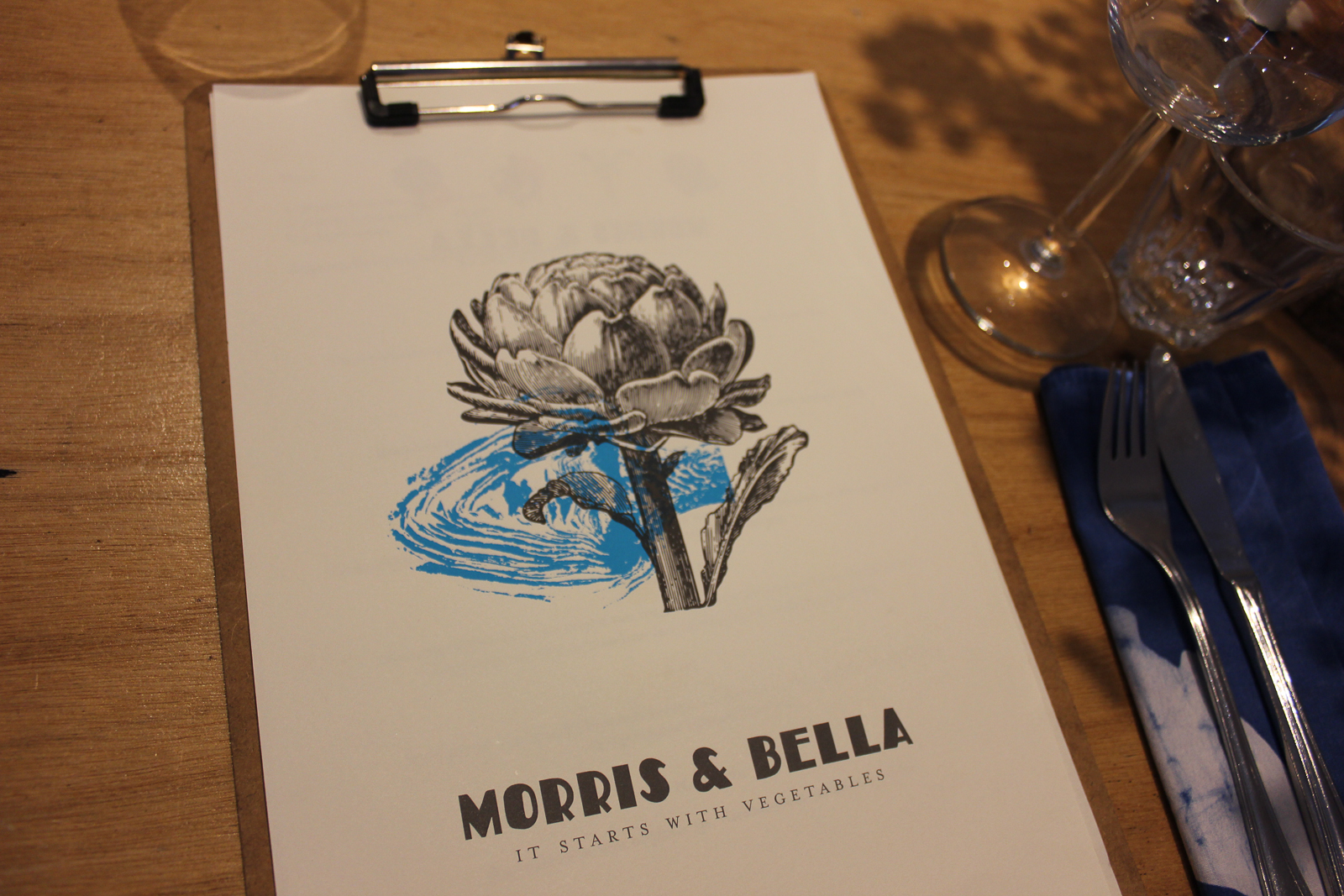