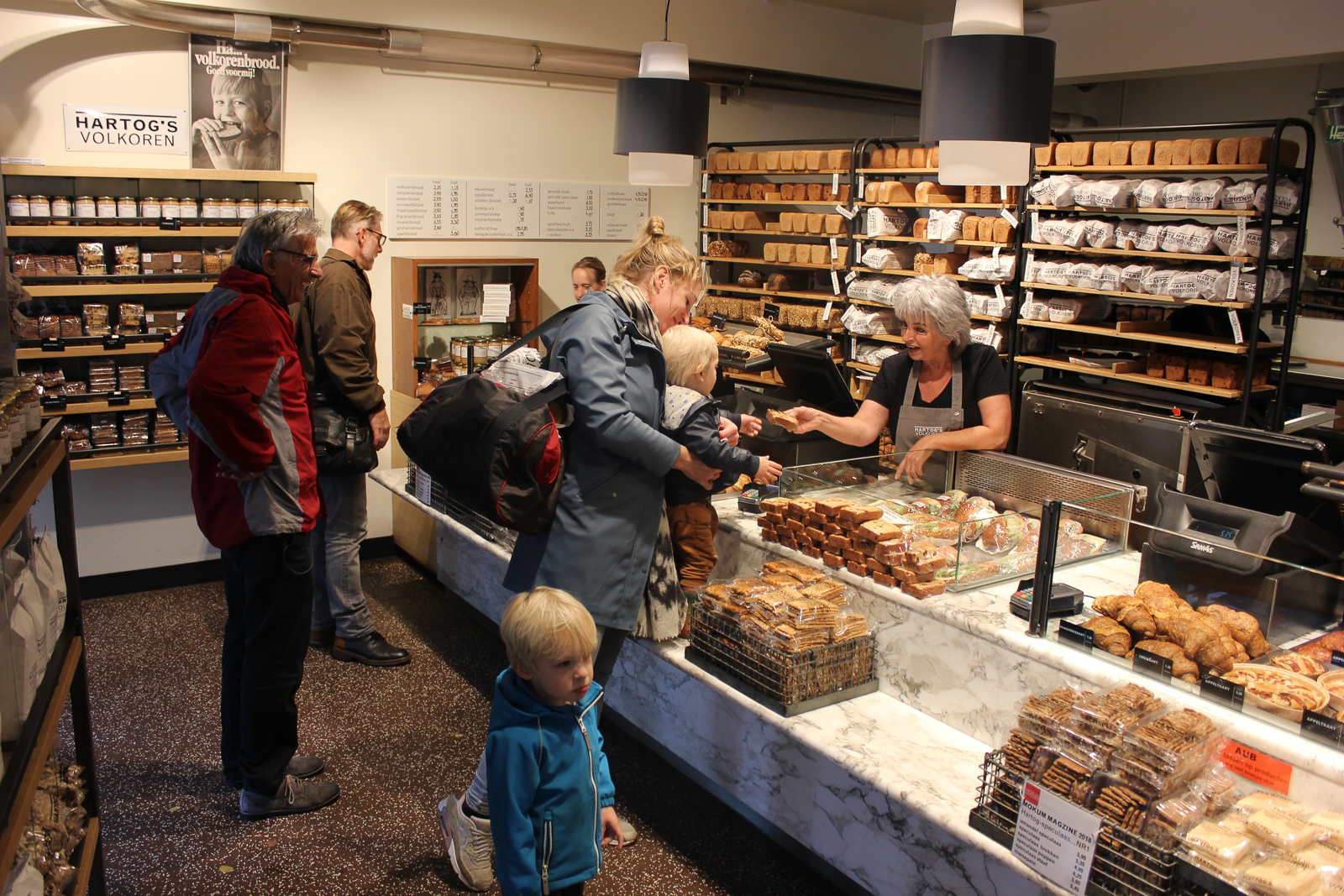 Passing Wibautstraat you might have seen people lining up in front of a particular bakery store, especially around lunchtime. That’s Bakkerij Hartog, which has been around for over 100 years. Their bread is famous in Amsterdam and with good reason, it’s probably the best bread in town!

Today Fred Tiggelman, head baker and owner of Bakkerij Hartog is so kind to show me around in the bakery, on my proposal. In the little office in the back he tells me about the early days. Bakkerij Hartog started back in 1896 by Aagje and Gerrit Hartog, originally in the Jordaan neighbourhood, Amsterdam. Five years later they move to the Ruyschstraat, Amsterdam East. Hartog called itself a vegetarian bakery, as they didn’t use lard in the bread, unlike other bakeries that time.

At Ruyschstraat they start grinding the grains themself, so that the whole wheat grain is used, including the highly nutritious wheat germs. Flour factories usually remove the wheat germ (also for ‘volkorenmeel’ from the supermarket) so it keeps longer, but it loses nutritional value because of it.

Fred takes me to their milling machine, to explain the different steps in the process of making the bread. Starting with the wheat grains (grown in the Netherlands), which they grind into whole wheat flour. This process makes Hartog bread still so unique, as there are only two other places in the Netherlands which bake bread from own grinded meal, miller and baker both in one!

Because the meal also contains the fattier wheat germ , the consistency of it gets creamier. It makes me reflect on the way coffee is made, most baristas also grind the coffeebeans themself, so it seems to make perfect sense to do the same for bread. The meal is fresher and you can control the consistency and quality yourself.

You can actually see the mill from the window at Wibautstraat. The meal gets transported through a big tube which runs through the shop (just below the ceiling on the left side) into the back of the bakery. If the mill is in process you can see the wheatmeal flying through the tube from within the shop!

We move to the production space at the other side of the bakery. To make the dough for the bread, takes basically four ingredients. The wheatmeal of course, plus yeast, salt and water. They also add a bit of sourdough, hence the Hartog breads are a combination of both yeast and sourdough. Then they keep adding water until the dough has the right consistency. The more water they add the fresher the bread will stay. Fred: “Eventually the dough has to be so thin that you should be able to read the newspaper through it.” 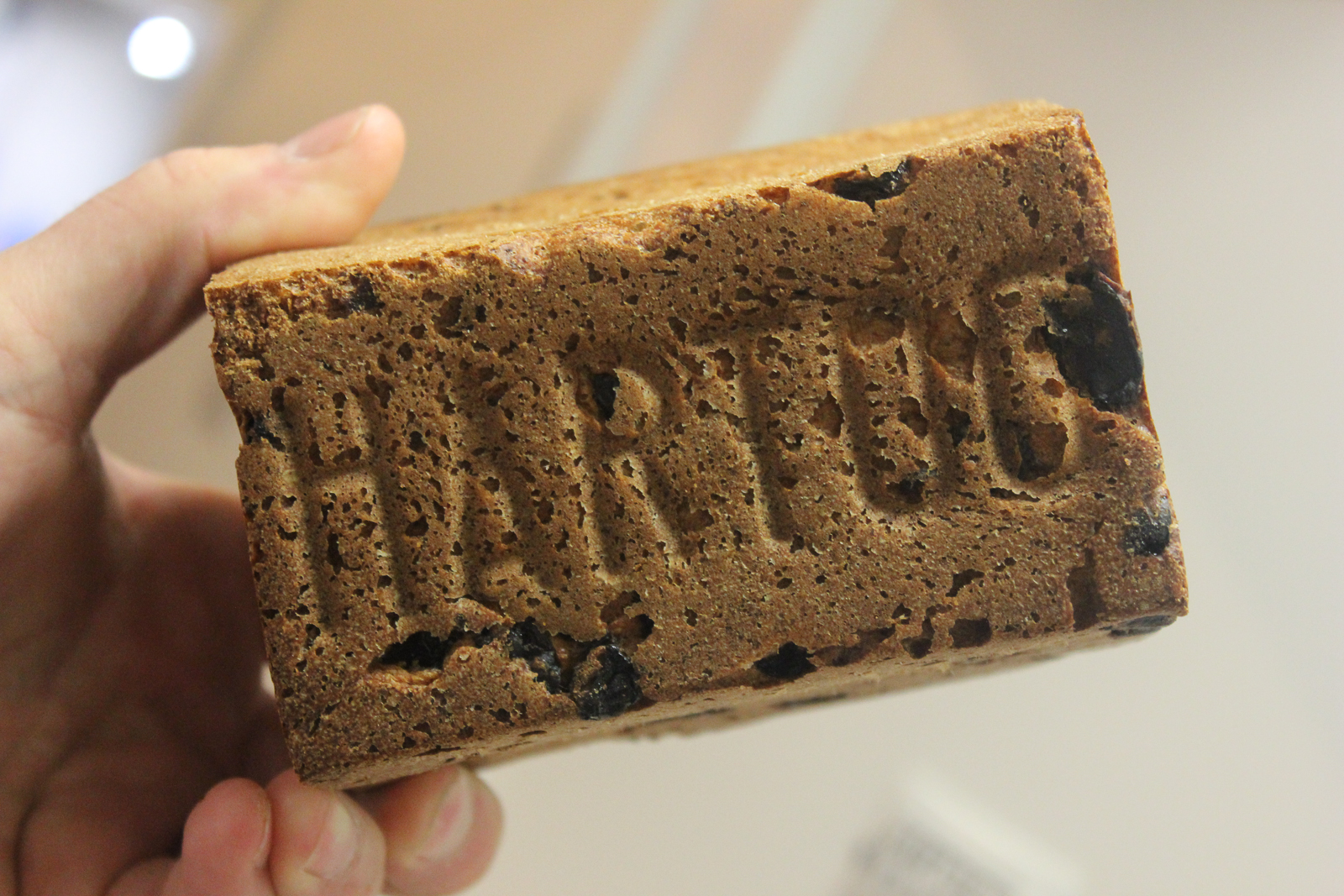 When the dough is right they let it rise before putting it into baking molds and finally into the oven. You can still read Hartog on the bottom of their breads, their baking molds are custom made with the name in it! The whole process of making a bread takes about four and a half hours. The first bakers start every day at 00:30 am.

In the bakery they bake between 1500 and 2000 breads a day. The majority gets sold in their bakery shop itself, but you can also find it at some other stores in town like nightstore Sterk or Tabak’s Notenbar at Haarlemmerplein.

All the ‘big bread’ from Hartog is vegan, as well some of the bread rolls. Since a few months they are actually advertising this on a sign, as they kept getting questions about it! 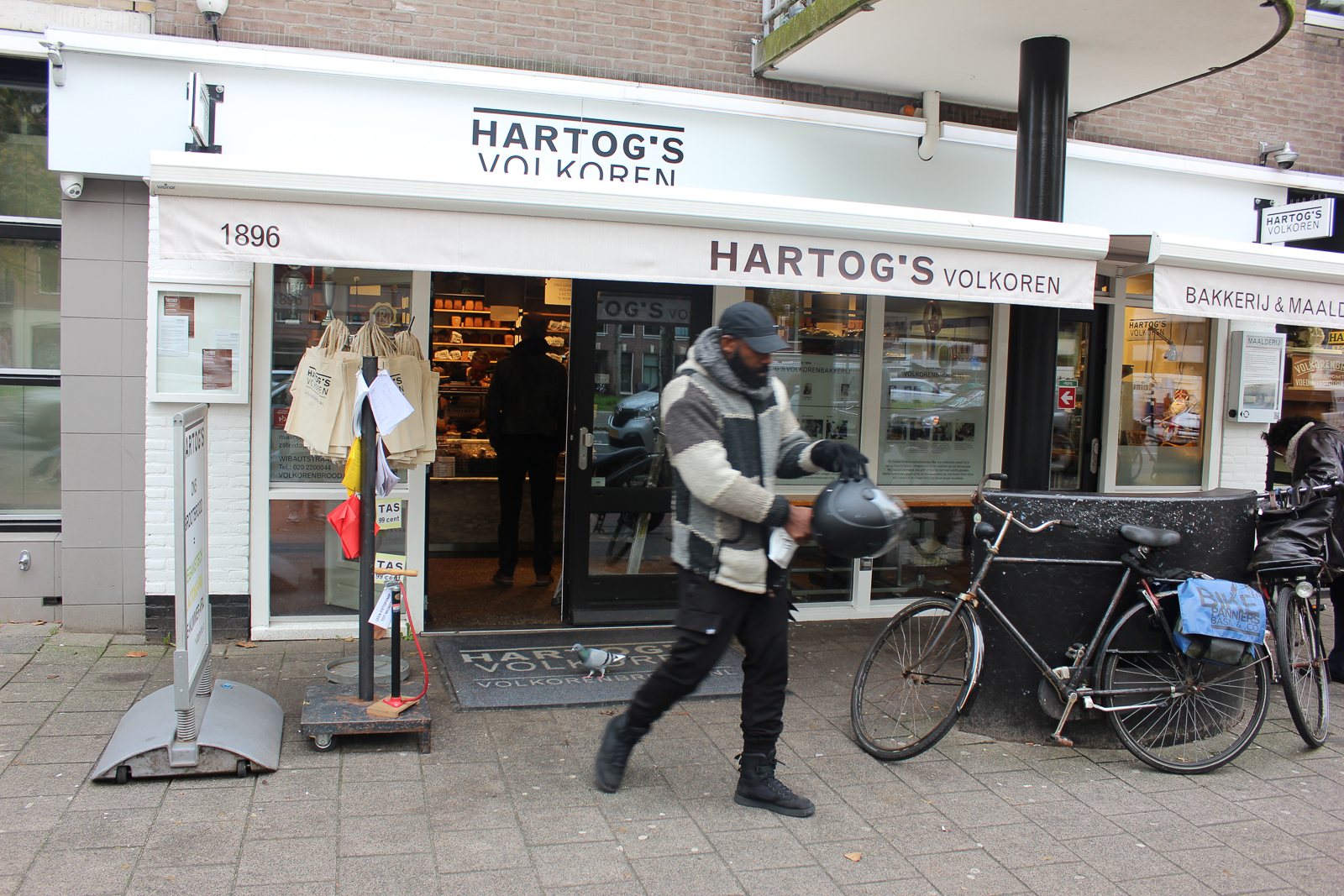