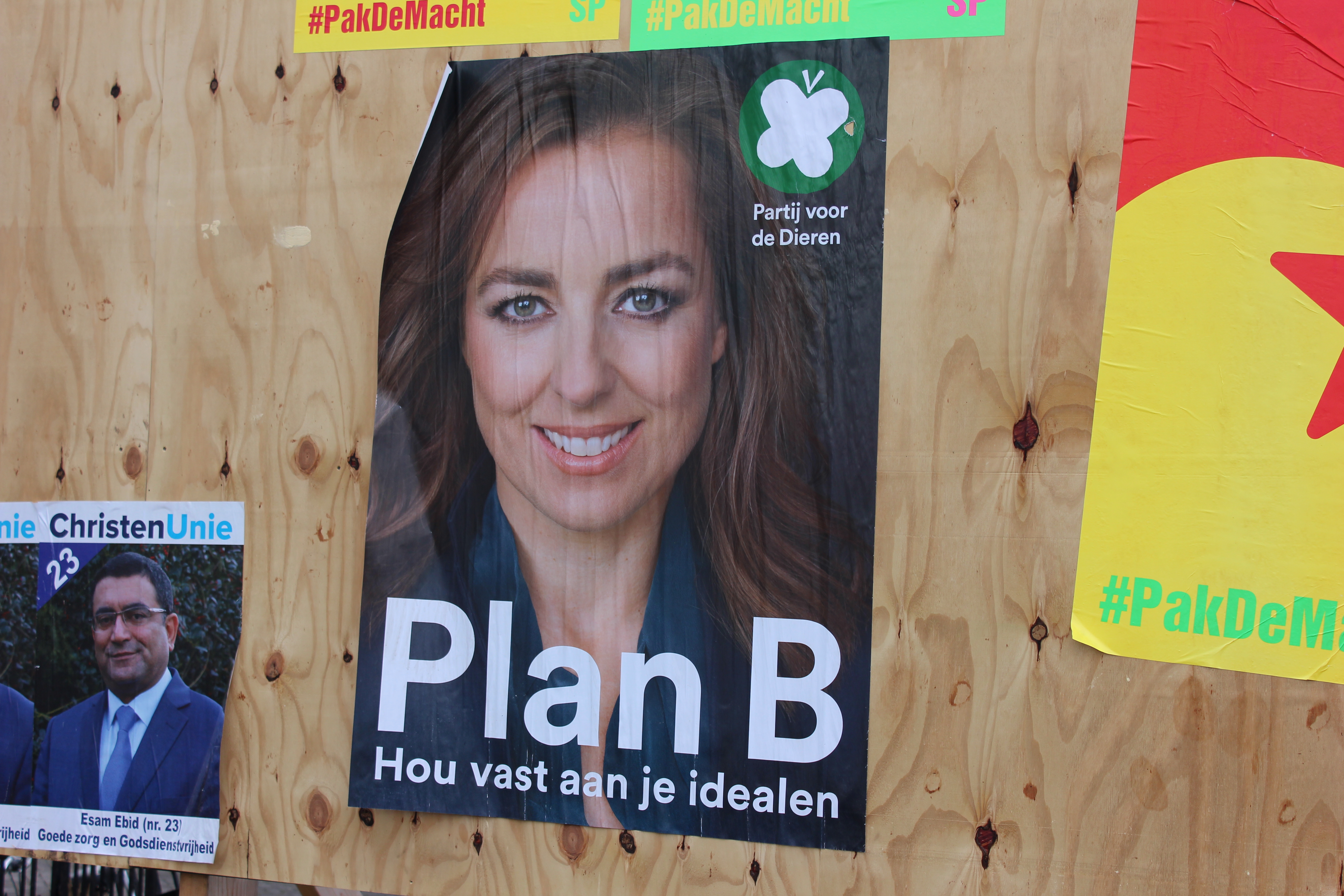 Spotted at Nassauplein, Amsterdam West. Poster of Marianne Thieme, for the general election next week. She is parliamentary leader of the Dutch Party for the Animals (‘Partij voor de Dieren’ in Dutch) and also vegan.