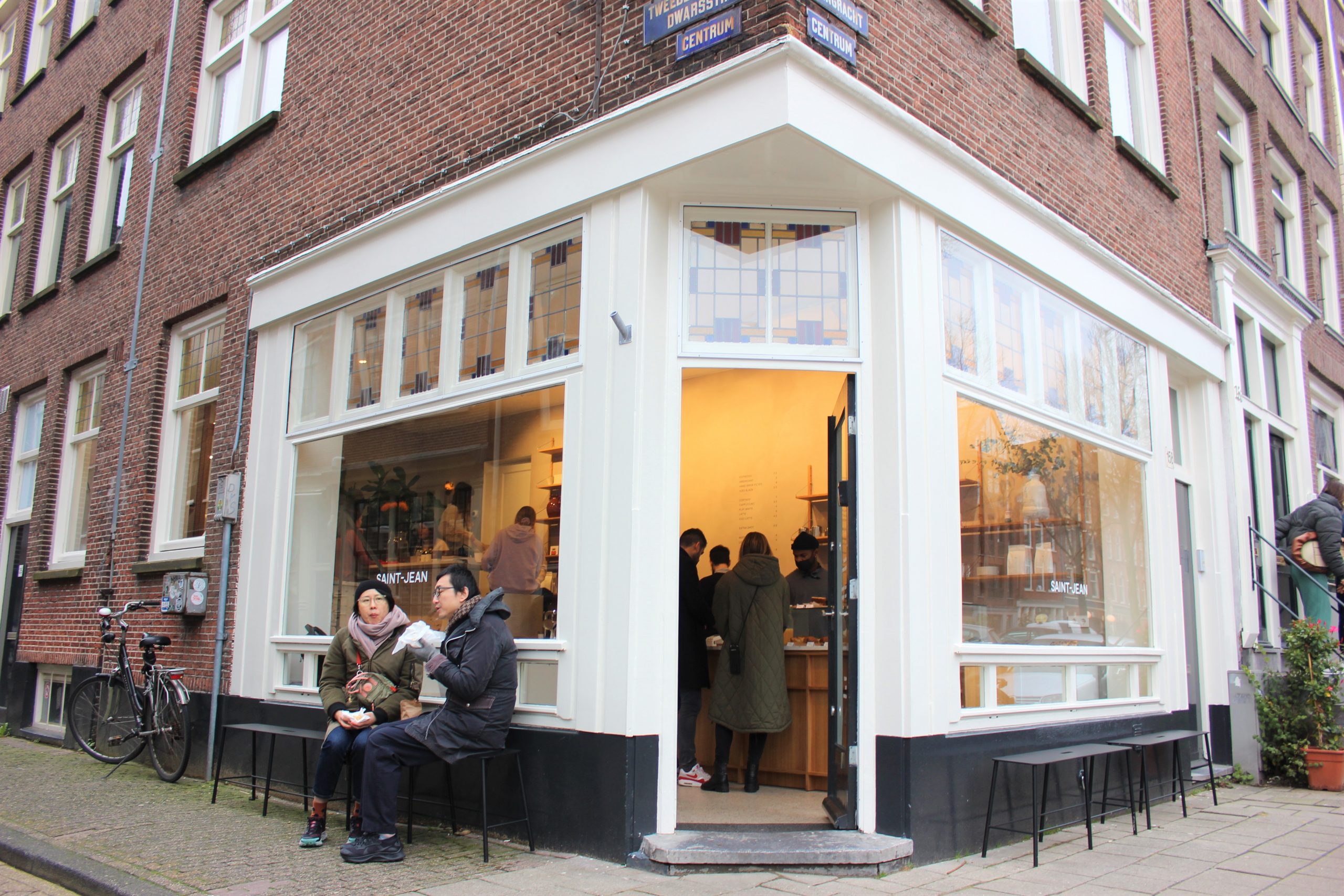 From fashion to patisserie

When Yann Pierre-Jean started eating plant-based, he was disappointed in the vegan pastry that he found in Amsterdam. It was either too dense, too hard or lacking in flavour. He started baking himself, specialising in galettes. Eventually he was taking orders online and set up a little business from home, called Rustic Pastry.

By then he had already stopped working in fashion to pursue his plans of opening up a plant-based cafe. When Rustic Pastry became more and more succesful, he decided to make it happen and started looking for a location!

Renamed as Saint-Jean, they finally opened October 2021. Not a real cafe, but more a shop with some seating. Offering besides baked goods also specialty coffee, something which Yann is passionate about as well. The name Saint-Jean is an ode to his grandmother, as this was the name of her shop in Guadeloupe. 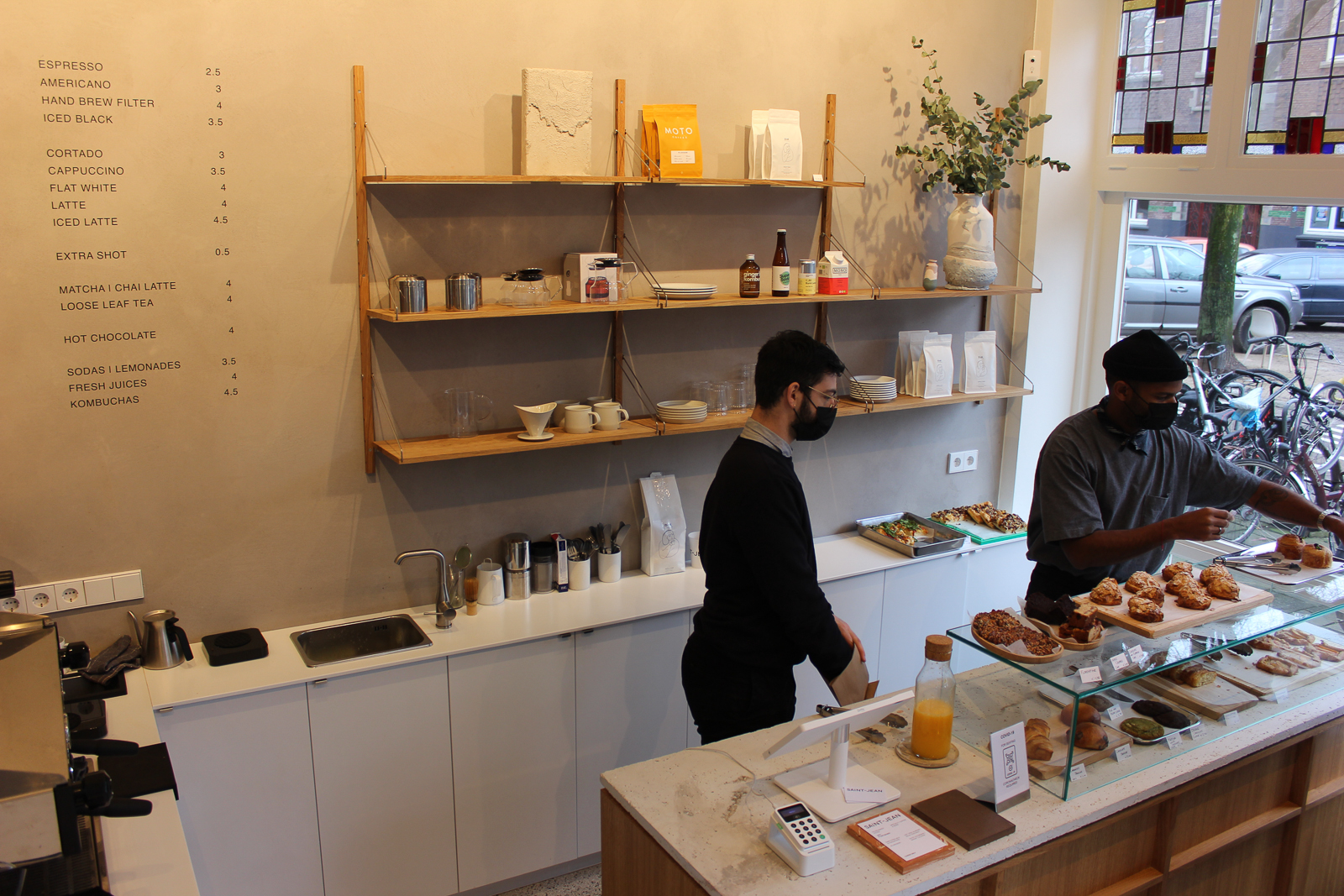 Although Yann prefers to use the word plant-based, all food is vegan at Saint-Jean. Something he only communicates very subtly. “After they try it, people are surprised to hear it’s all plant-based. Getting the right taste and texture is important to me, so nobody has to question whether it’s vegan or not,” he says.

Getting it right is a continuous process. For example, baking a cookie is easy says Yann. But for his cookies he wanted them to have a gooey texture. By testing a lot, he eventually got the result he wanted by using three different kinds of sugar together.

What is available in the shop varies per day. Cruffins (muffin shaped croissants) and galettes are Saint-Jean classics since day one. As well as babkas, which are sweet braided cakes. Their other baked goods include cake, brioche, as well as savoury options such as focaccia! The French influence is apparent in this selection as Yann’s background is French-Caribbean, he was born on Guadeloupe.

Saint-Jean is located at Lindengracht in the Jordaan neighbourhood. On Saturdays there’s the busy Lindengracht market in their street. Tram stop for tram 5 close by. There’s some seating inside. 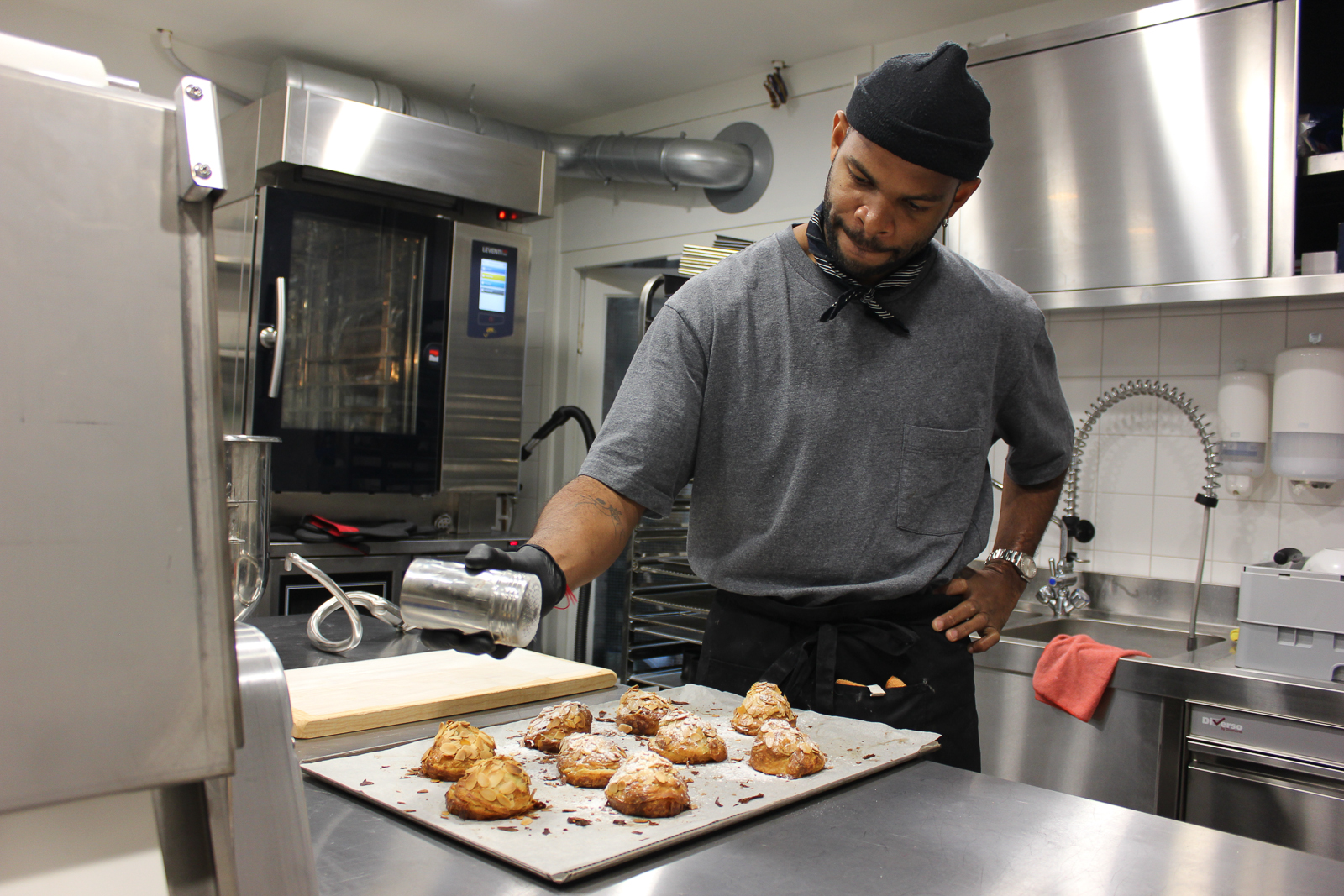 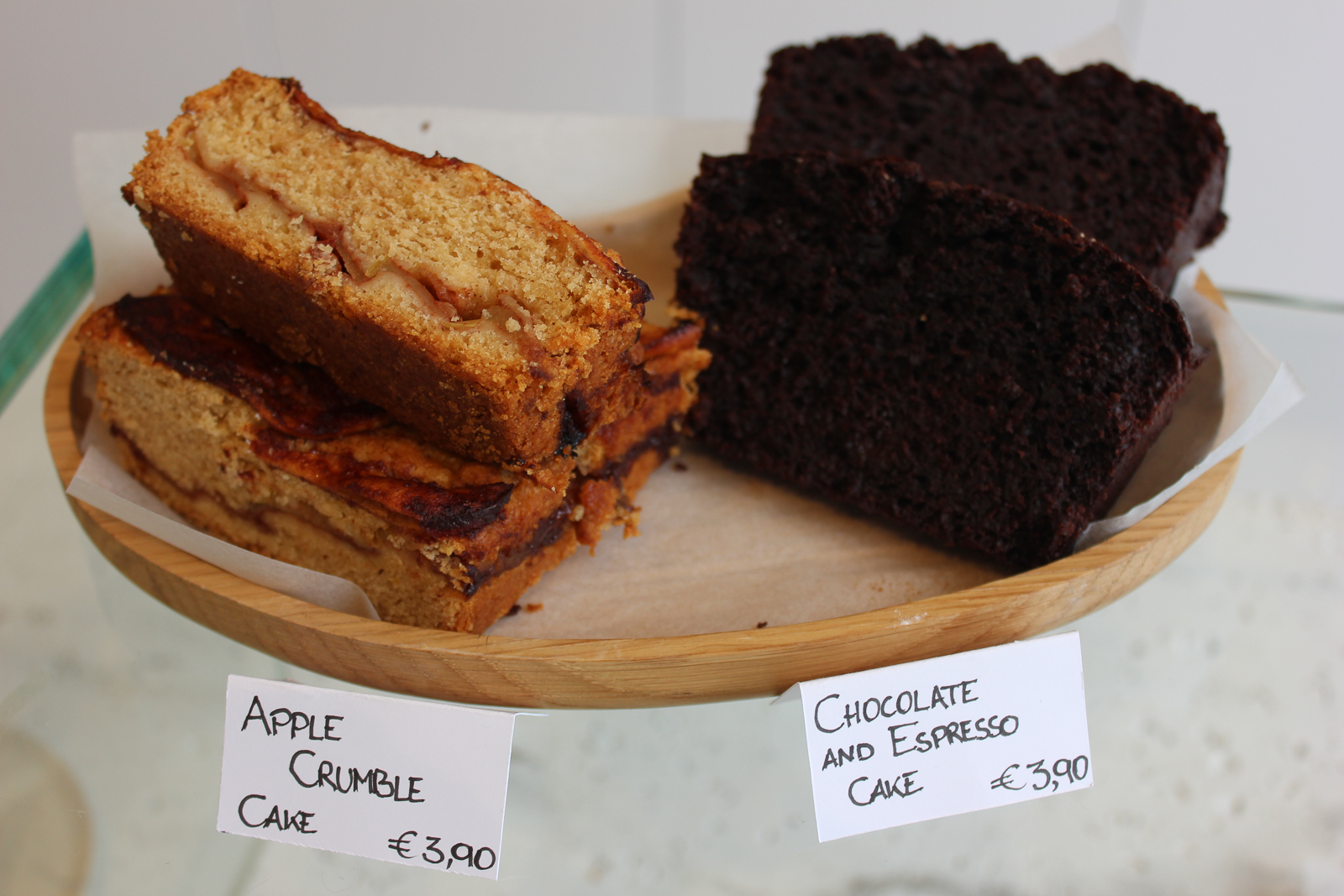 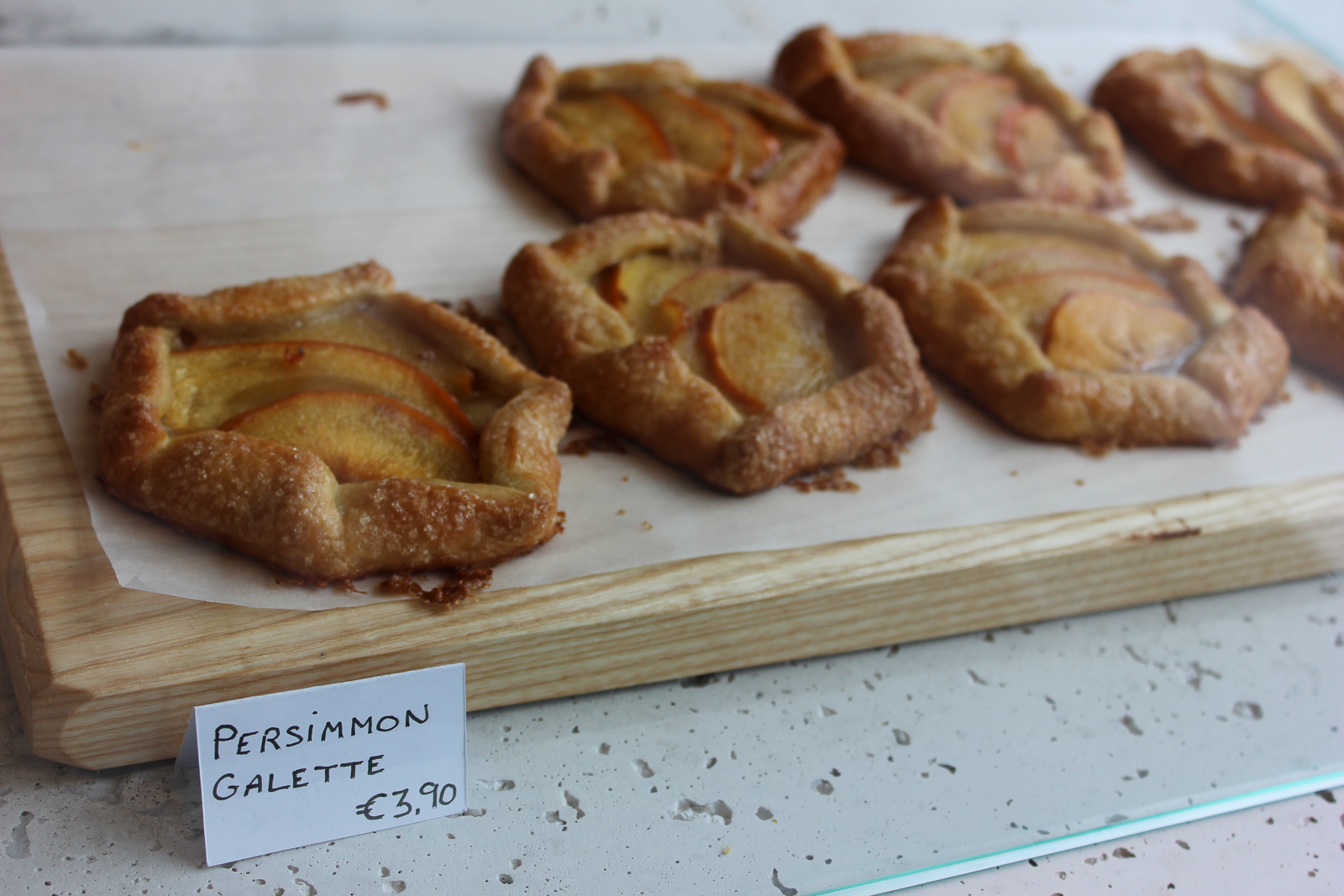 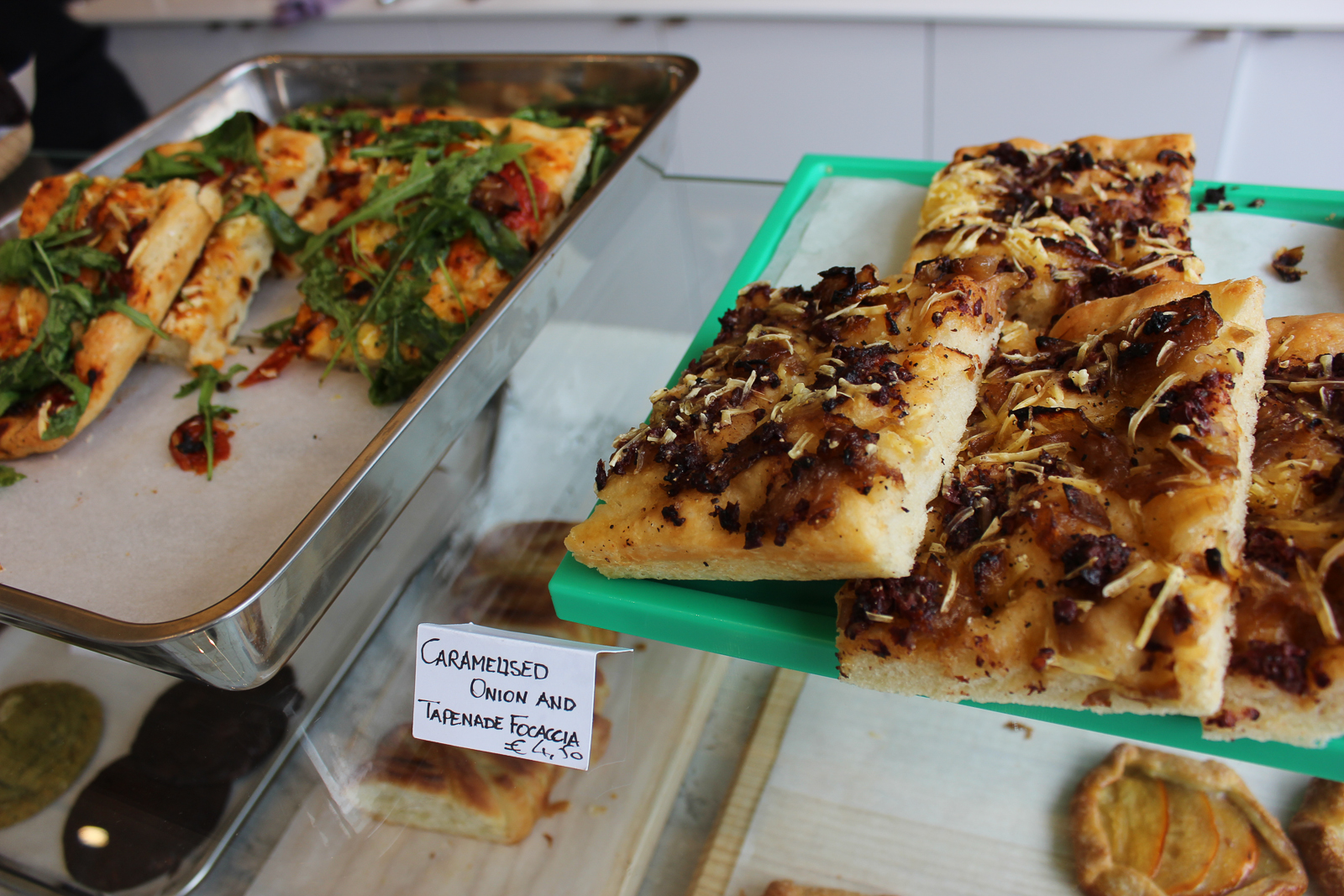 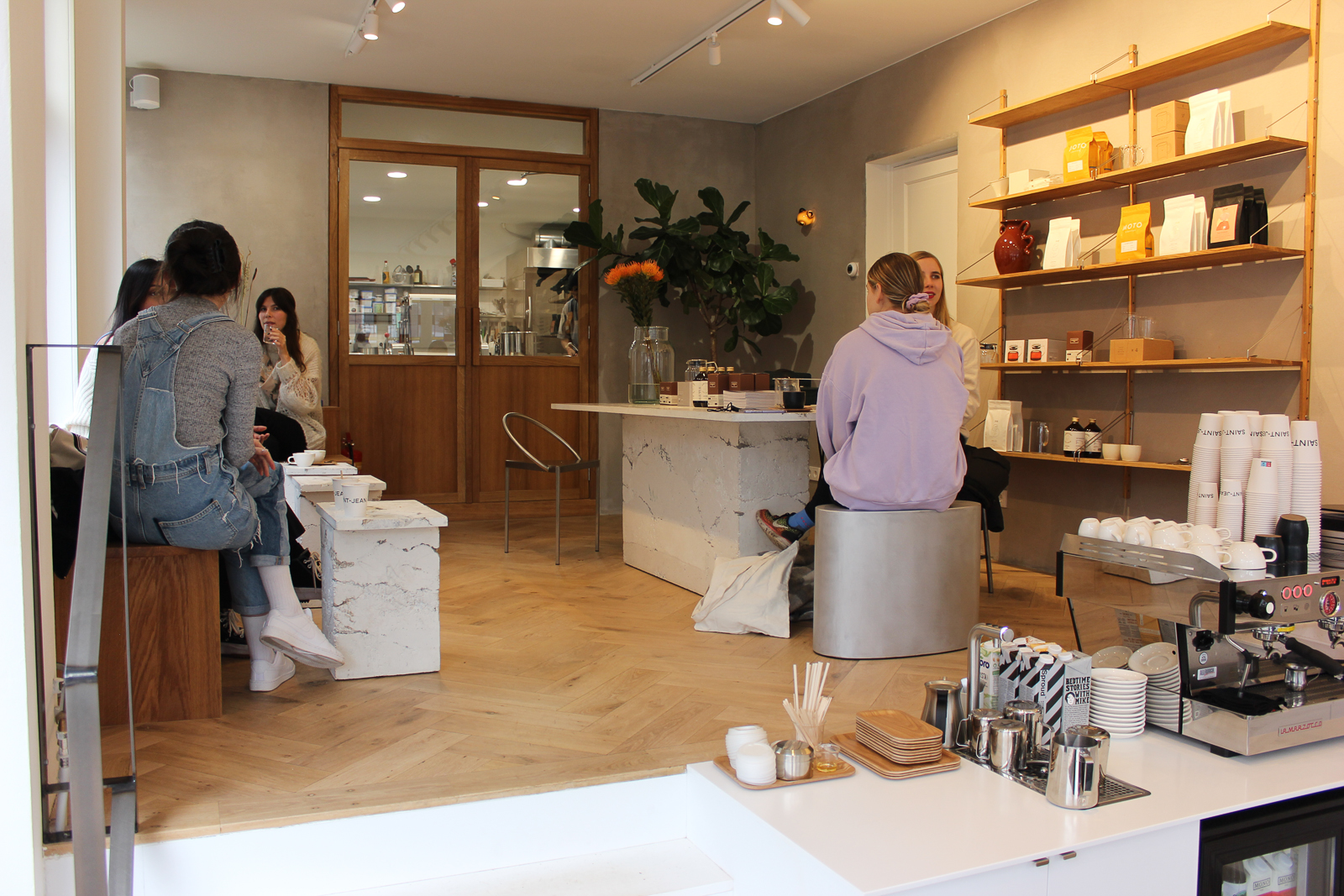 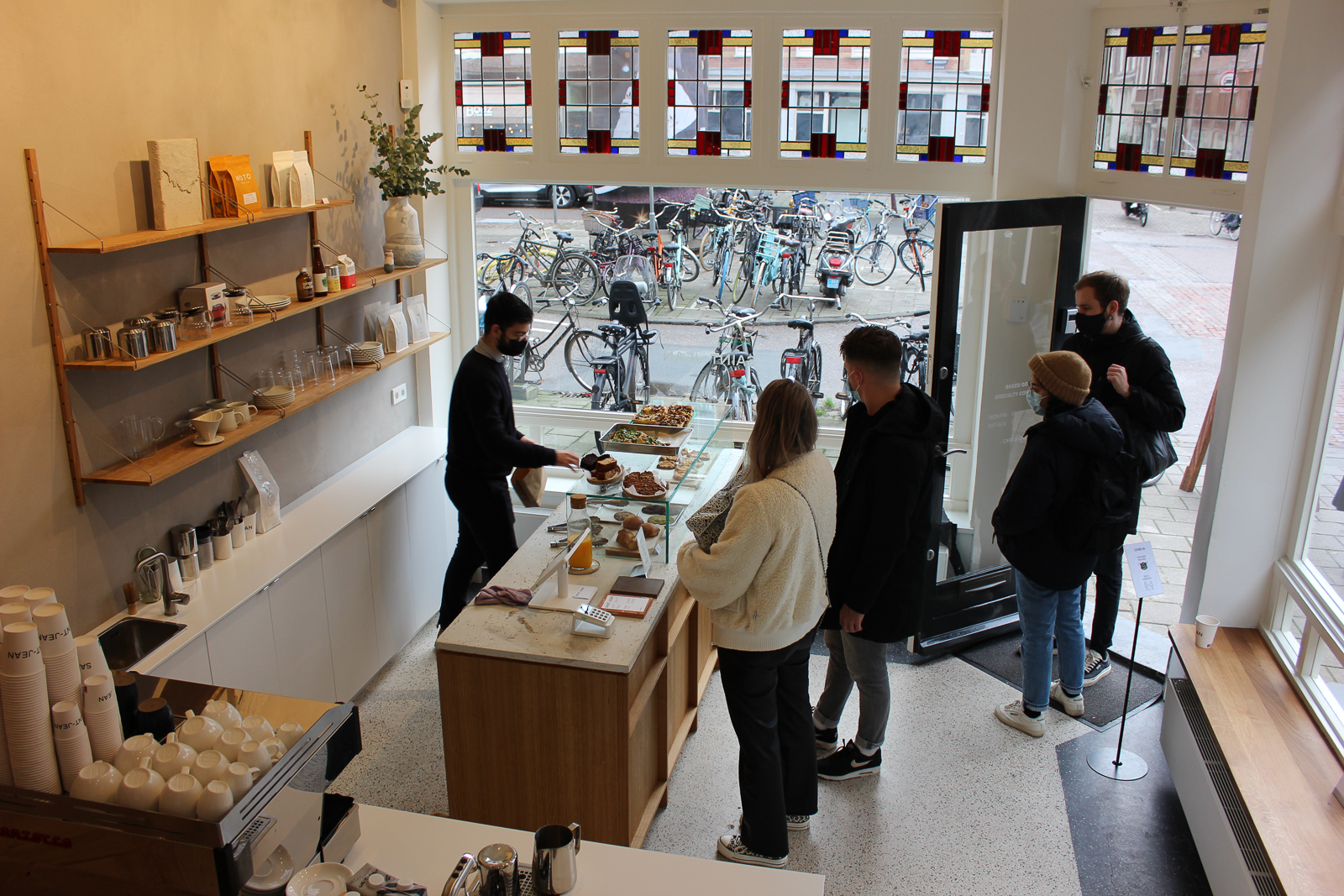 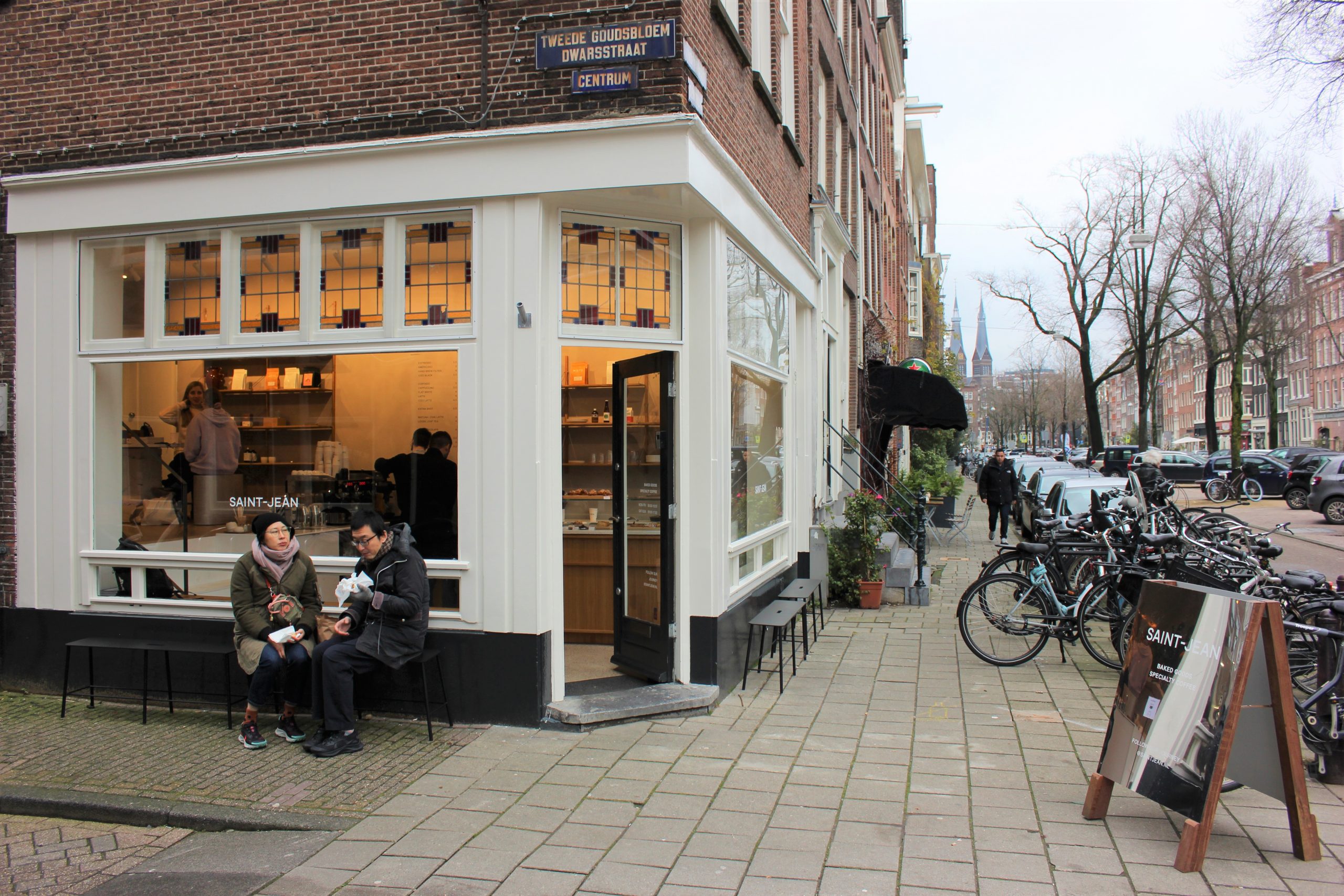