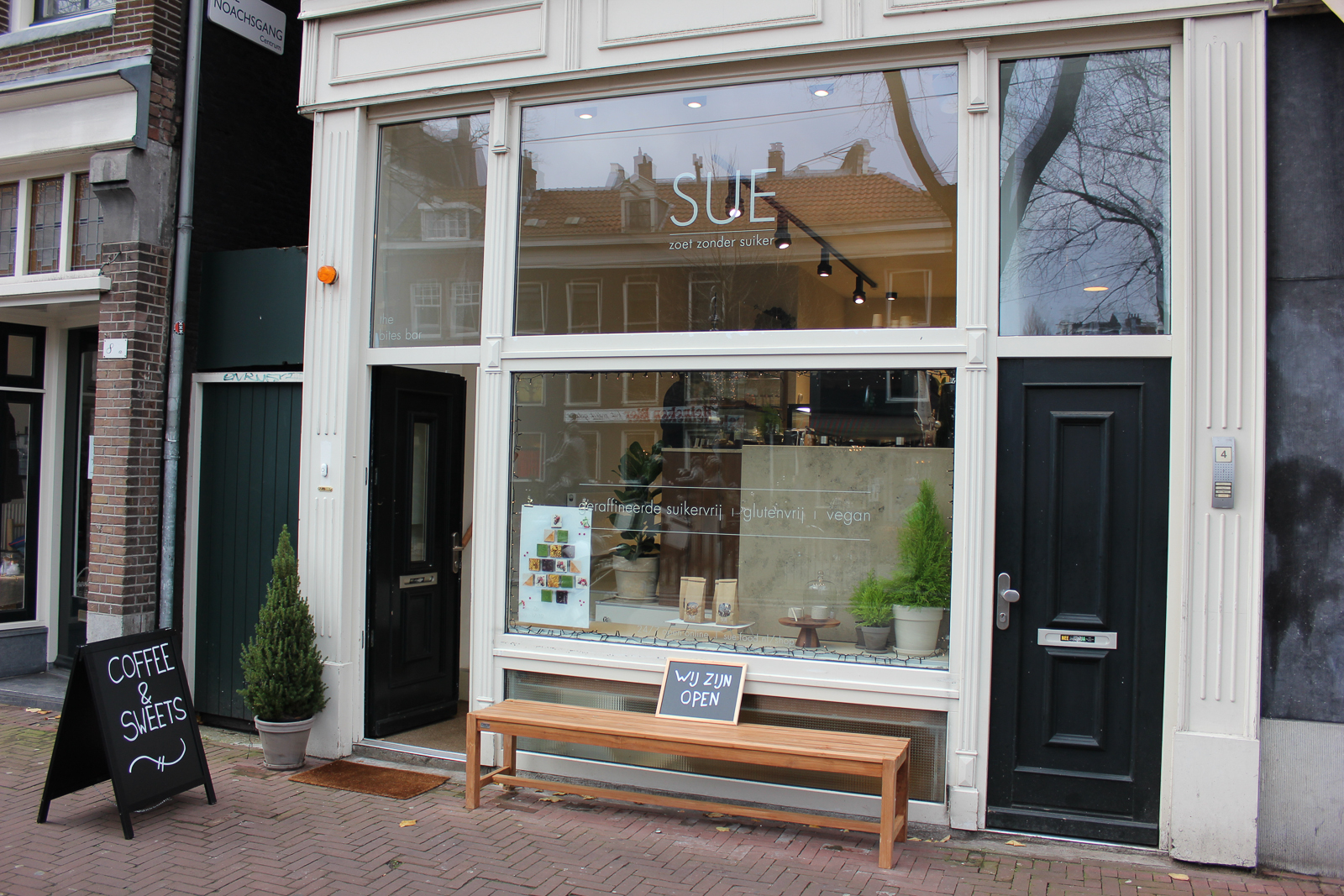 Specialised bakery, everything is vegan, glutenfree as well as free from refined sugar. Originally from Rotterdam, now opened a ‘Bites Bar’ shop in Amsterdam as well.

SUE started 6 years ago when Kim Palm (middle name Sue) was experimenting with making sweets but without refined sugar. At a housewarming she brought some of those. One of the attendees had a lunchroom and liked it so much that he asked if she could make it also for his place. And that’s really how it all started! From then on she sold her sweets, which she called ‘bites’, to more and more lunchrooms nationwide. Eventually she and her partner opened up two of their own places in Rotterdam, a bakery store and a lunchroom/restaurant. 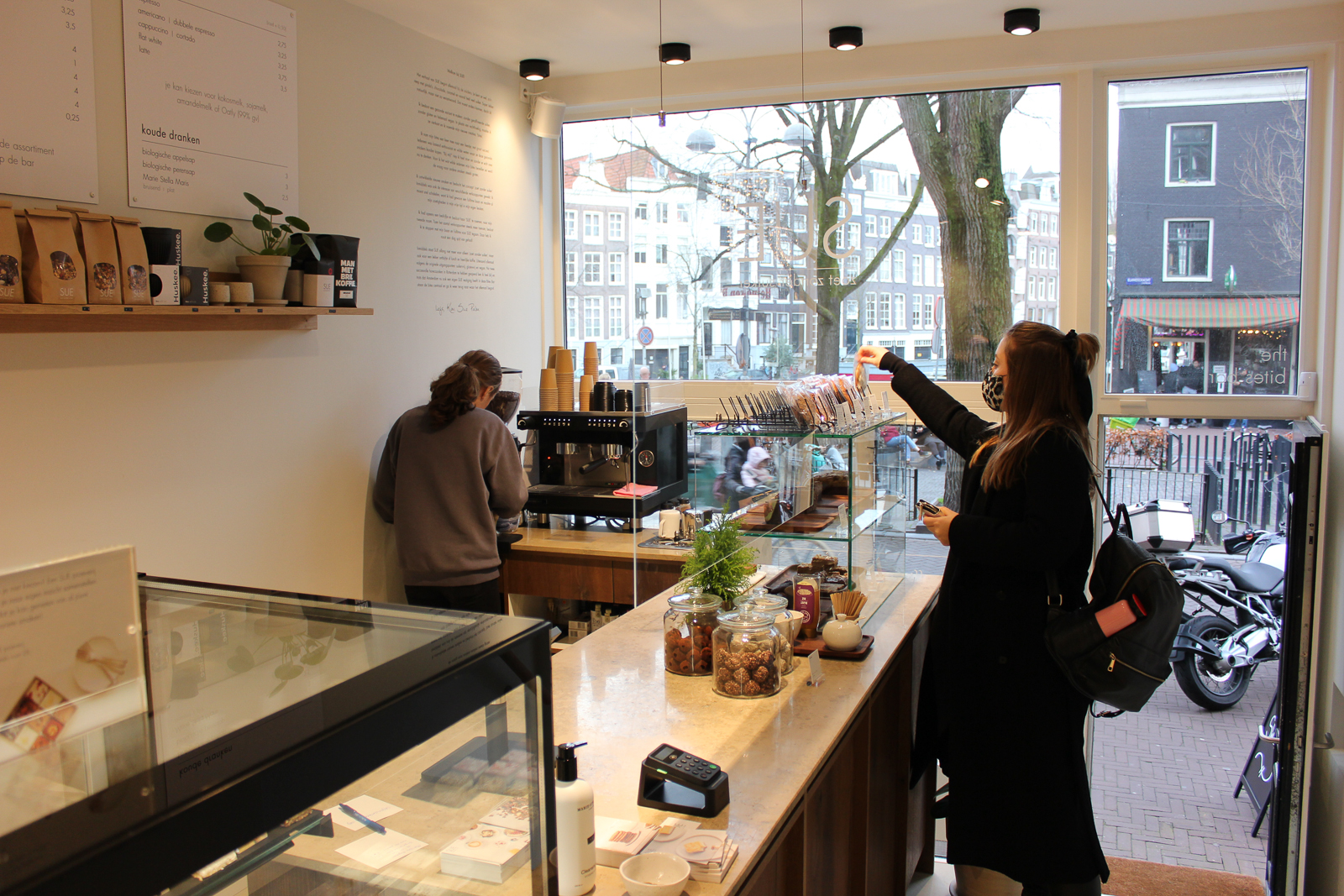 At the Amsterdam location they sell of course their signature ‘Bites’: square shaped pastry, in about 20 different flavours like Banoffee and Tiramisu! Then they have huge cookies in flavours such as Lemon Almond and Maple Pecan. Also bananabread, chocolate-date truffle balls, granola bars and more! All in all a huge choice.

Instead of white sugar they use for example maple syrup or coconut sugar. Gluten are avoided by, instead of using common wheat flour, other flours like from rice, corn and potato.

Sue is located at the pretty Elandsgracht in the Jordaan area. Within walking distance from the city centre, bus and tram stops nearby. 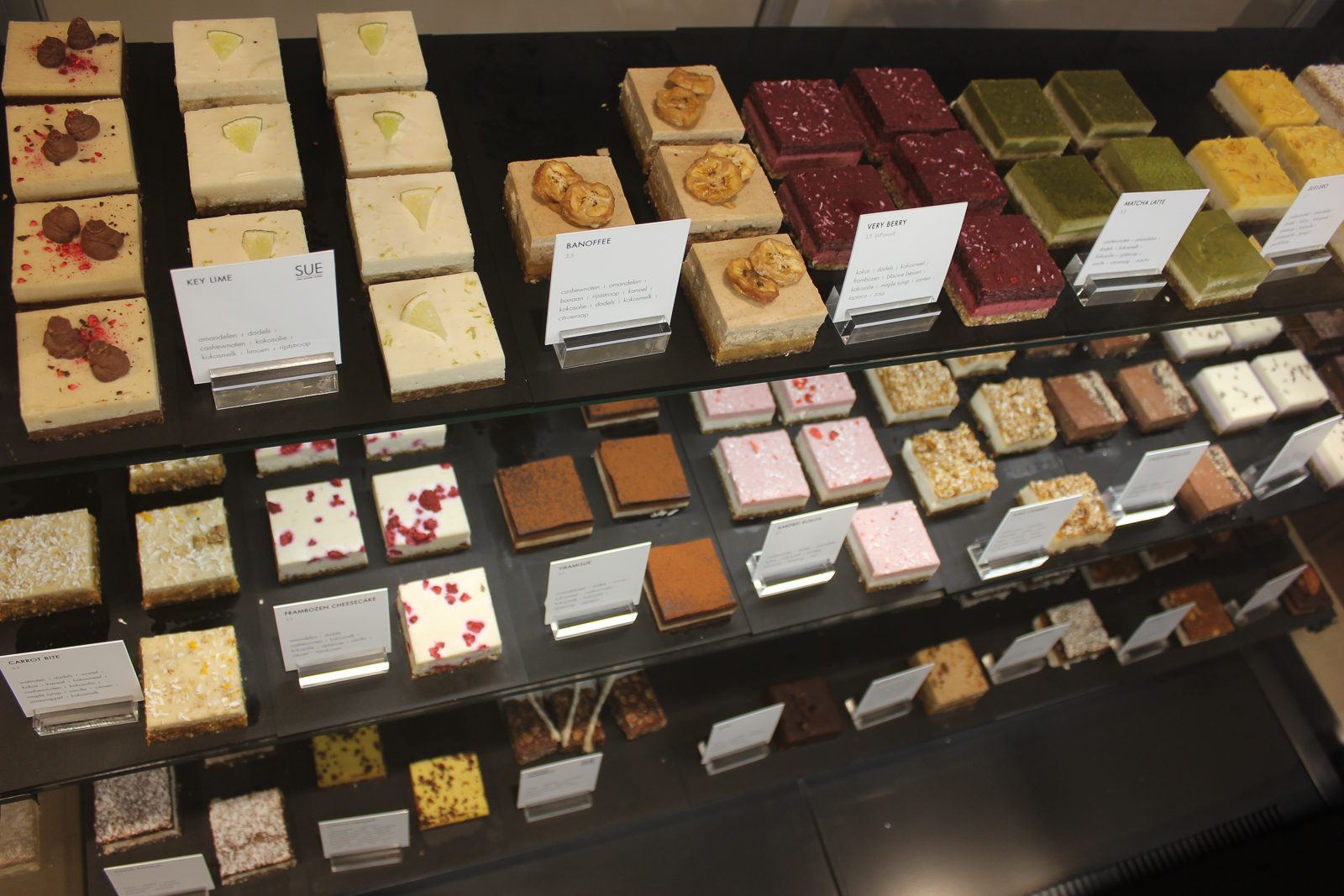 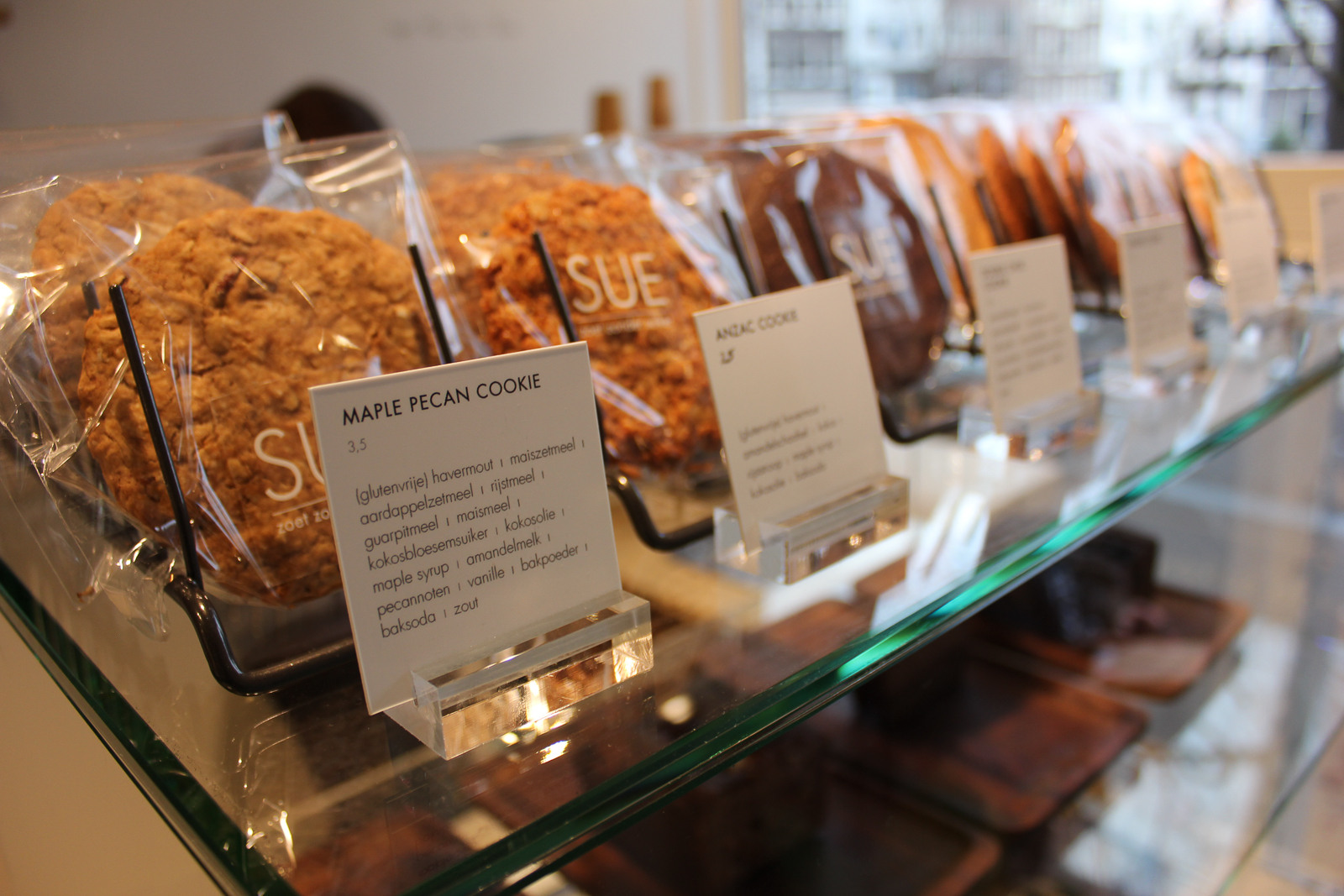 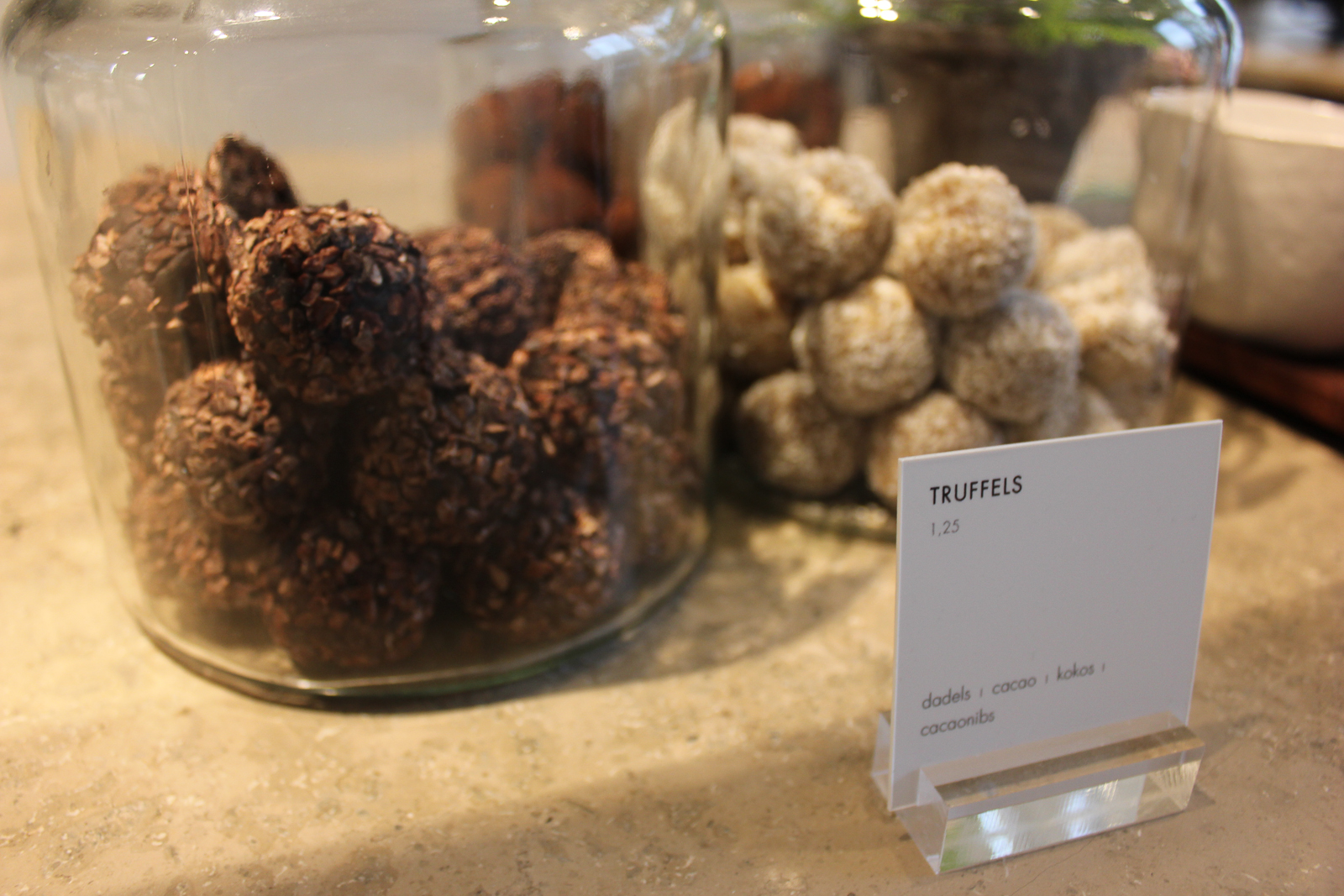 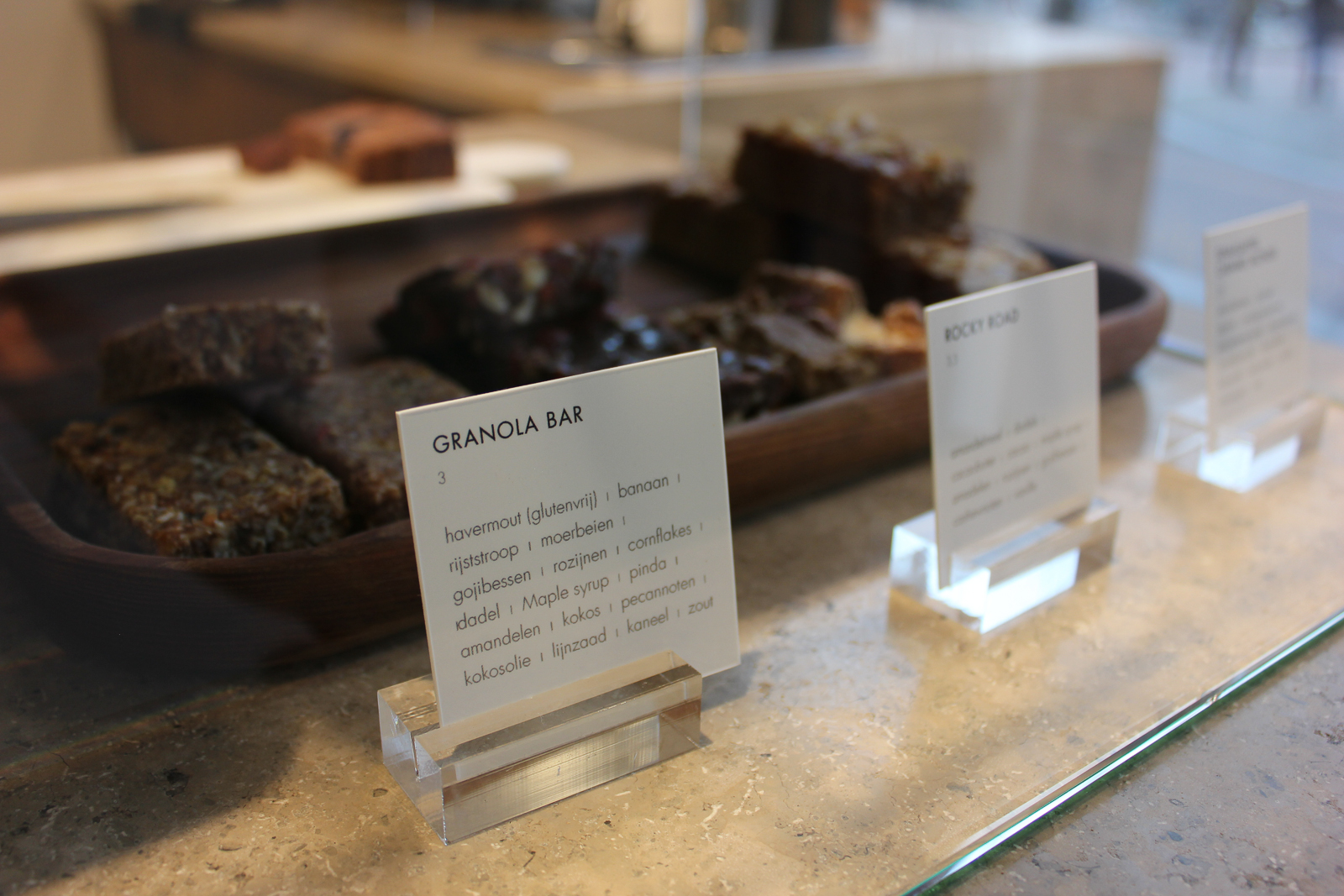 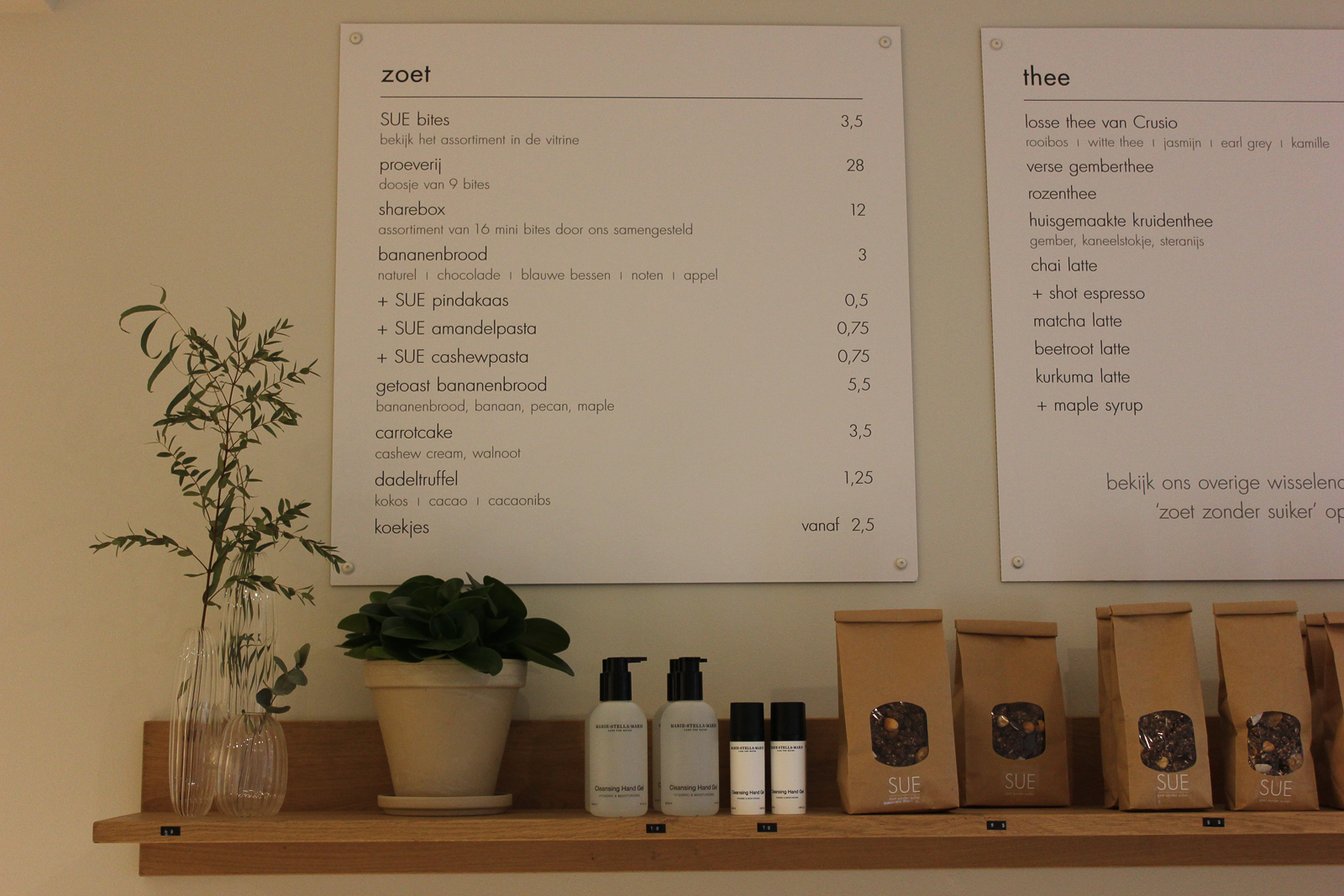 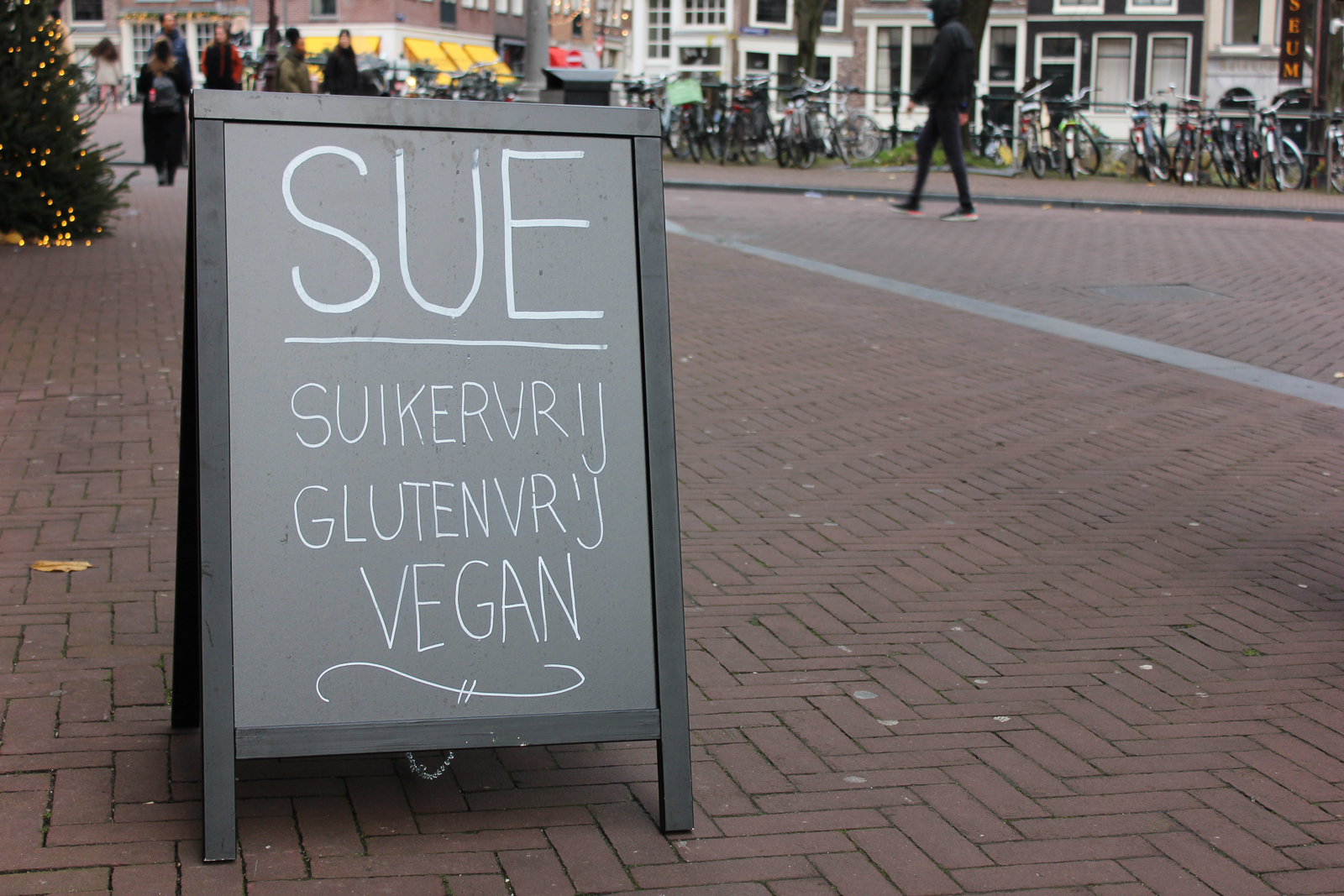 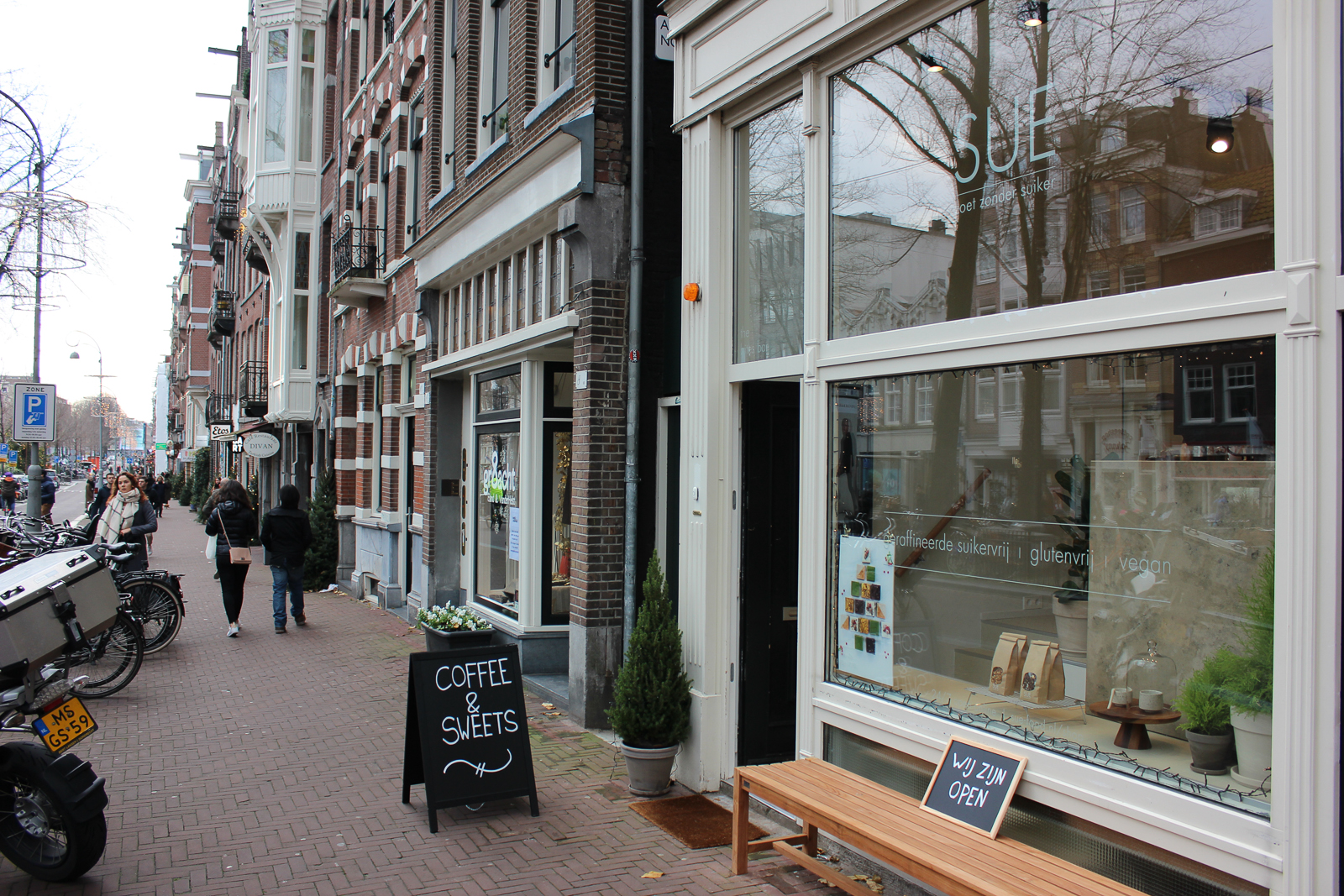