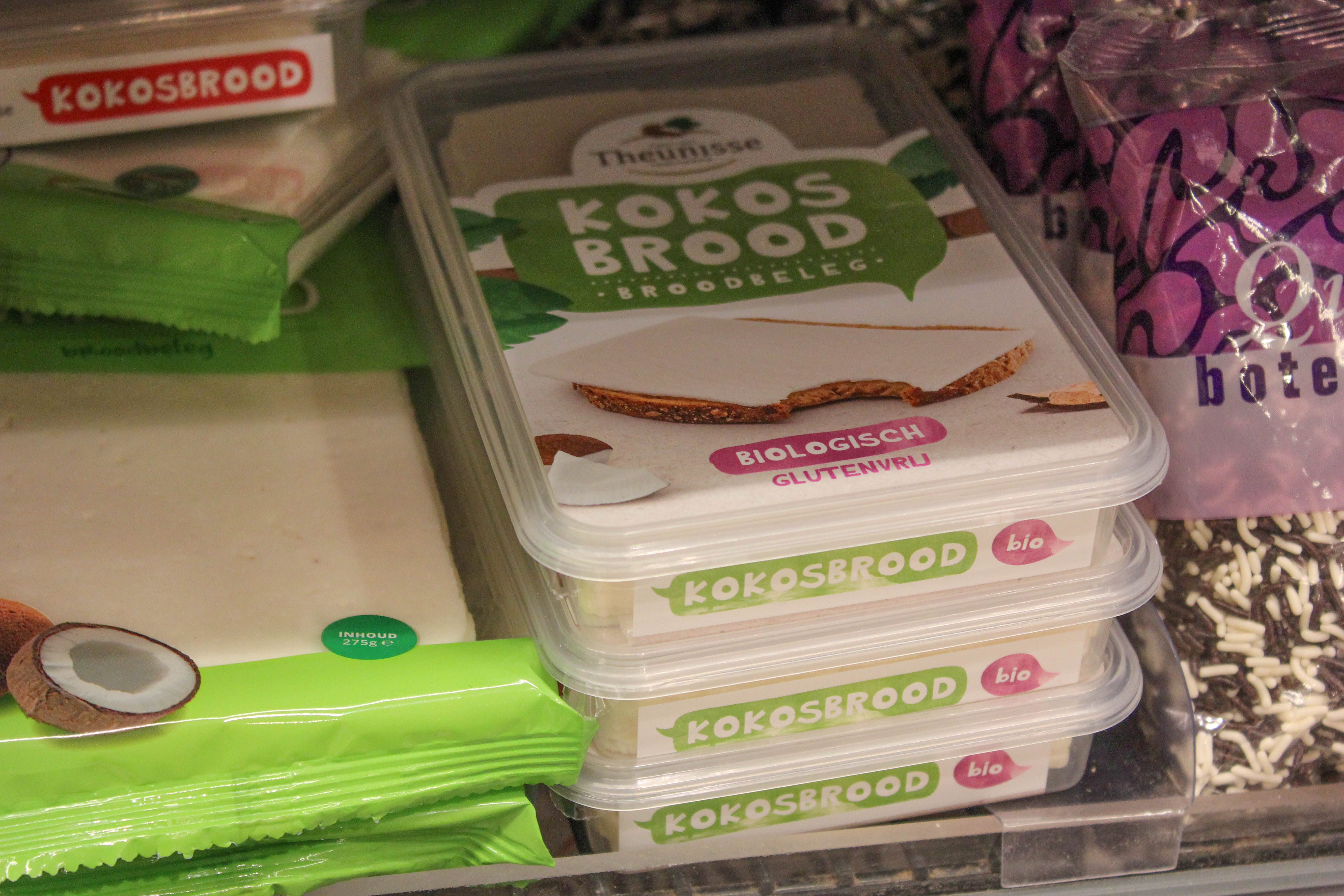 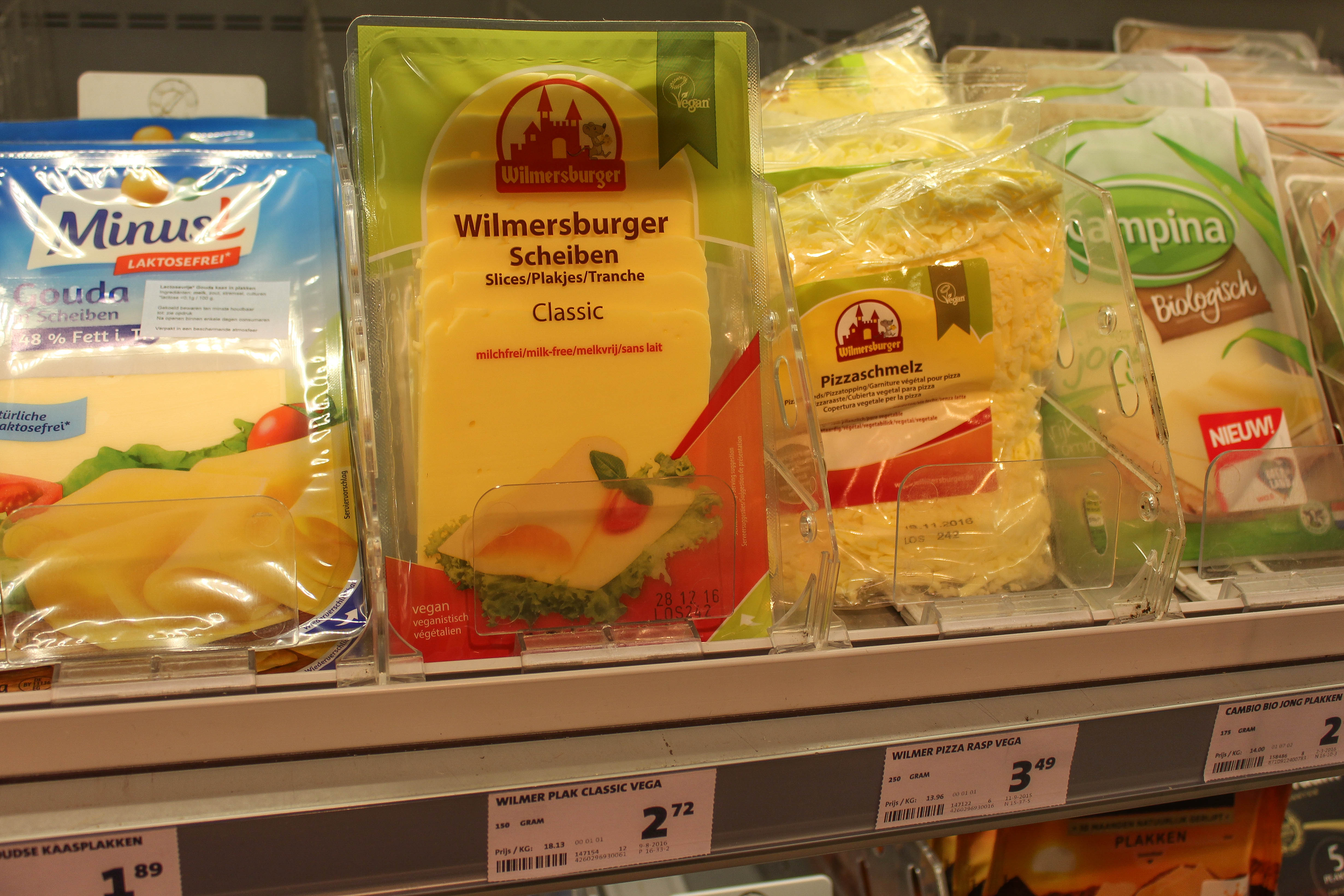 This feels weird… checking out the cheese department at the supermarket. Vegan cheese is not only sold at organic or vegan stores but in supermarkets in town as well! Jumbo has Wilmersburger cheese for a while now in most of their stores. And recently the news spread one can order Wilmersburger at the Albert Heijn as well. Just go to the help desk in the shop and ask for it. A few Deen supermarkets also sell Wilmersburger. When calling today the one at Mosveld (Amsterdam North) confirmed they have it in their store, the other stores in Amsterdam don’t have it (yet?).