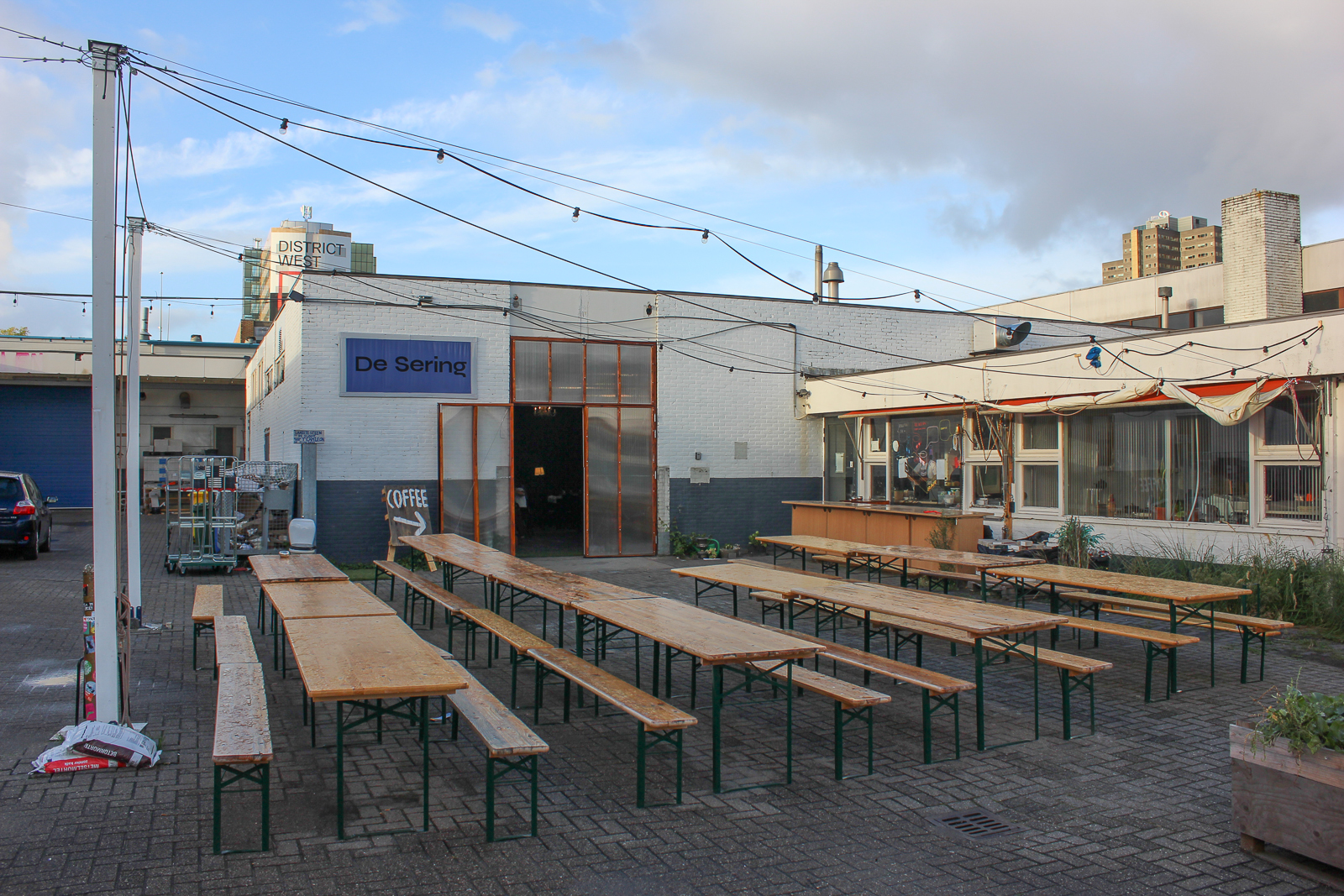 In order to be able to finance it all they started with Testtafel. A more fancy dining concept generating a bit more income. Originally they meant to organise just a few dinner nights, but it quickly grew so successful that they continued with it. After being housed at various temporary locations, they now found a stable home within theater space De Sloot, located in Westpoort. Here they opened spring 2022.

At Testtafel / De Sering they believe we first have to invest in building communities, before we can start to think about how the world should look like after the revolution. Their aim is to facilitate a space, which can be used by various social and neighbourhood organisations. Offering affordable food is also a way to enable people to have more time to spend on social projects. 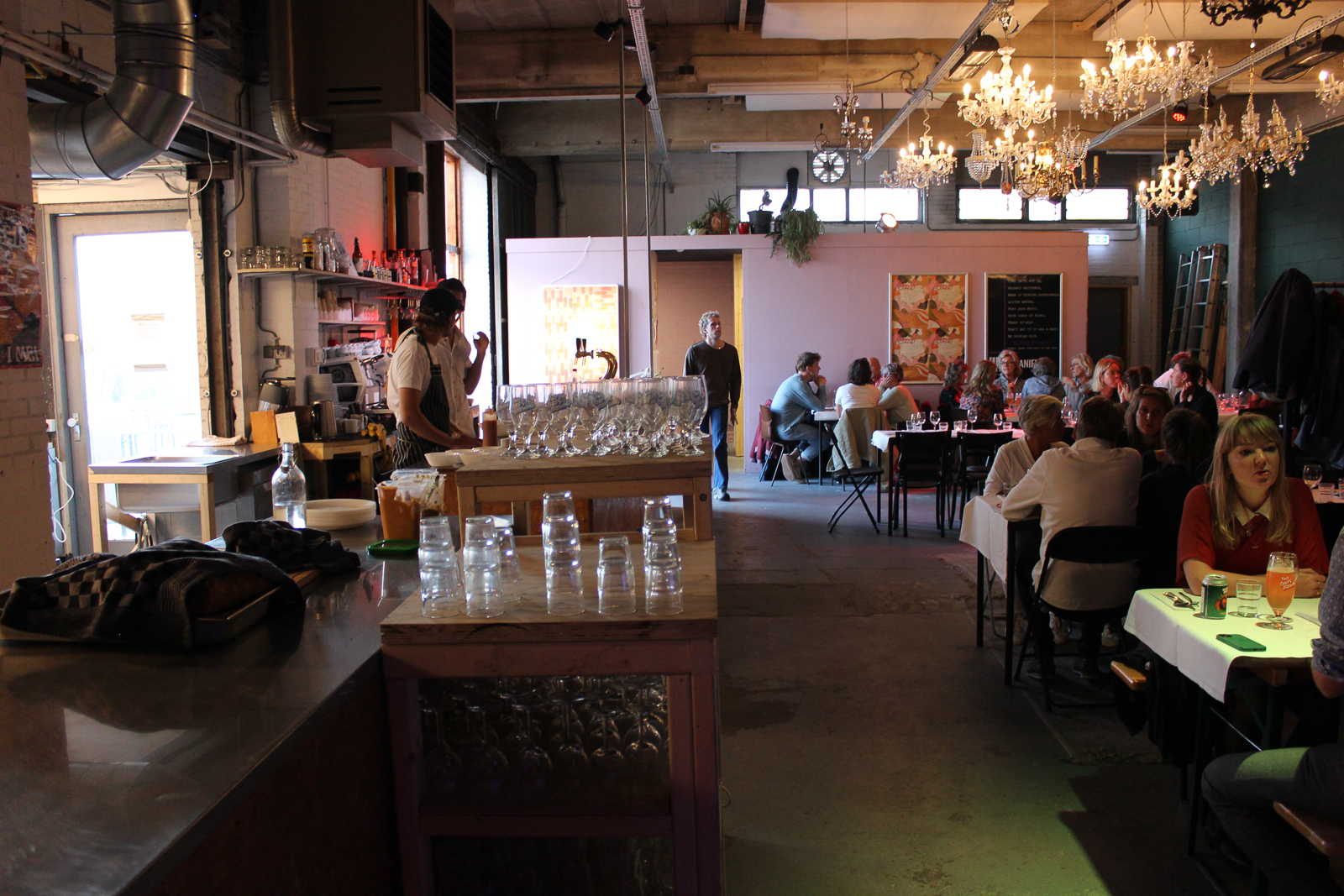 All food is vegan. They started out like that for practical reasons: so that everyone would be able to eat it and they wouldn’t have to take different diets into account. Then they really got into it. Daan Dorr, who is one of the chefs (worked before a.o. at restaurants BAK, Slippurinn) tells: “Limitations create space for creativity. Working with meat and fish is easy in a way, our challenge is to create something interesting with plants, which has the same experience as say lamb meat with red wine sauce. A luxurious flavour more than the health aspect people often associate with vegan food.”

The dinner menu at Testtafel (for donation between €25 and €55) is composed from ‘an eclectic collection of recipes we have been wanting to make for years, dishes stolen from our favourite chefs, and recipes found in obscure cookbooks’. With this they serve cocktails, homemade lemonades and natural wine pairing.

Every Tuesday night De Sering is hosting their people’s kitchen (suggested donation of €2,50 to €5). Every weekday they are serving a two course lunch (popular by people working elsewhere at De Sloot and surrounding companies), quality coffees are provided by Subcult.

De Sloot will be there for a period of four years, after which a new residential area will be built on top of its ruins. 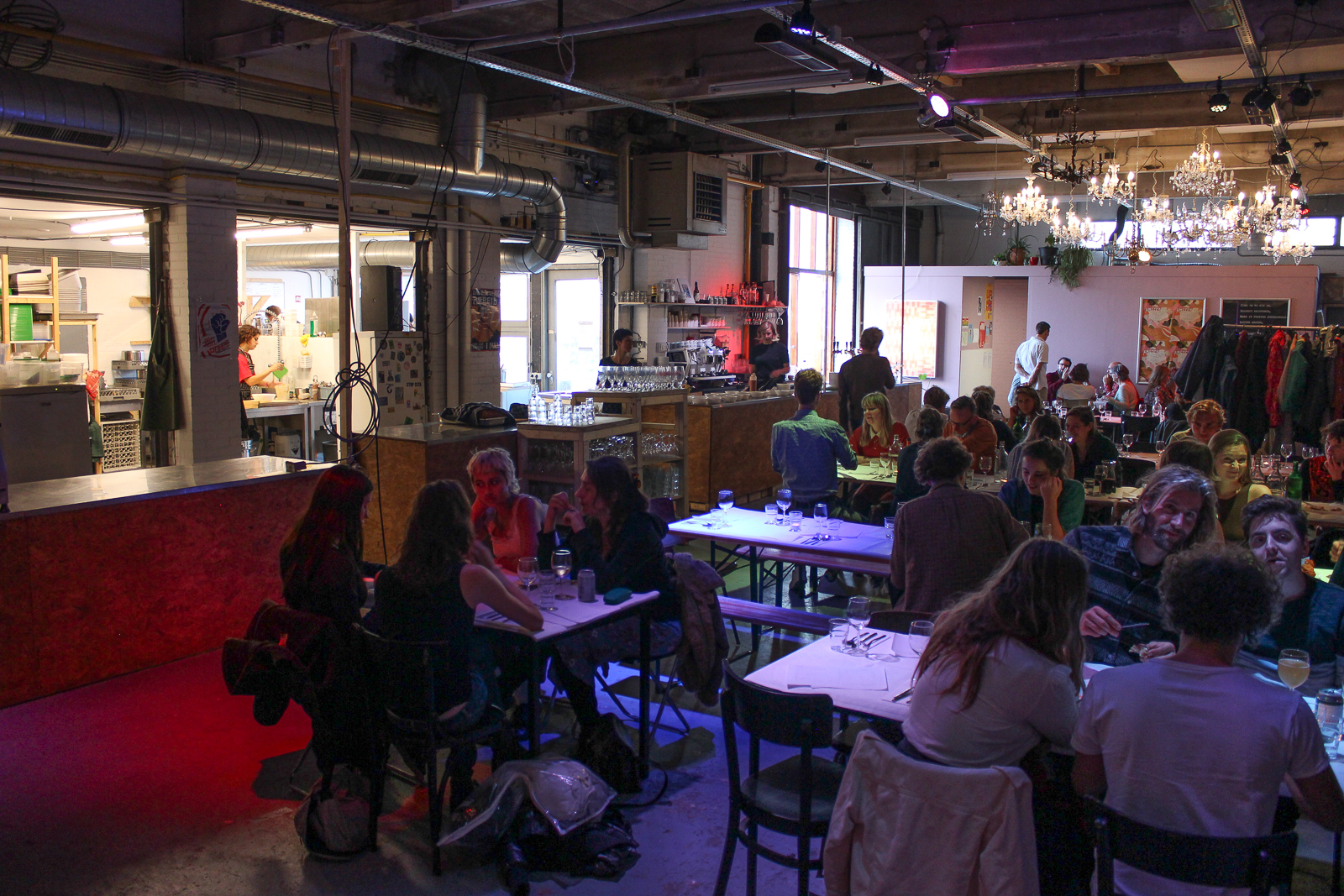 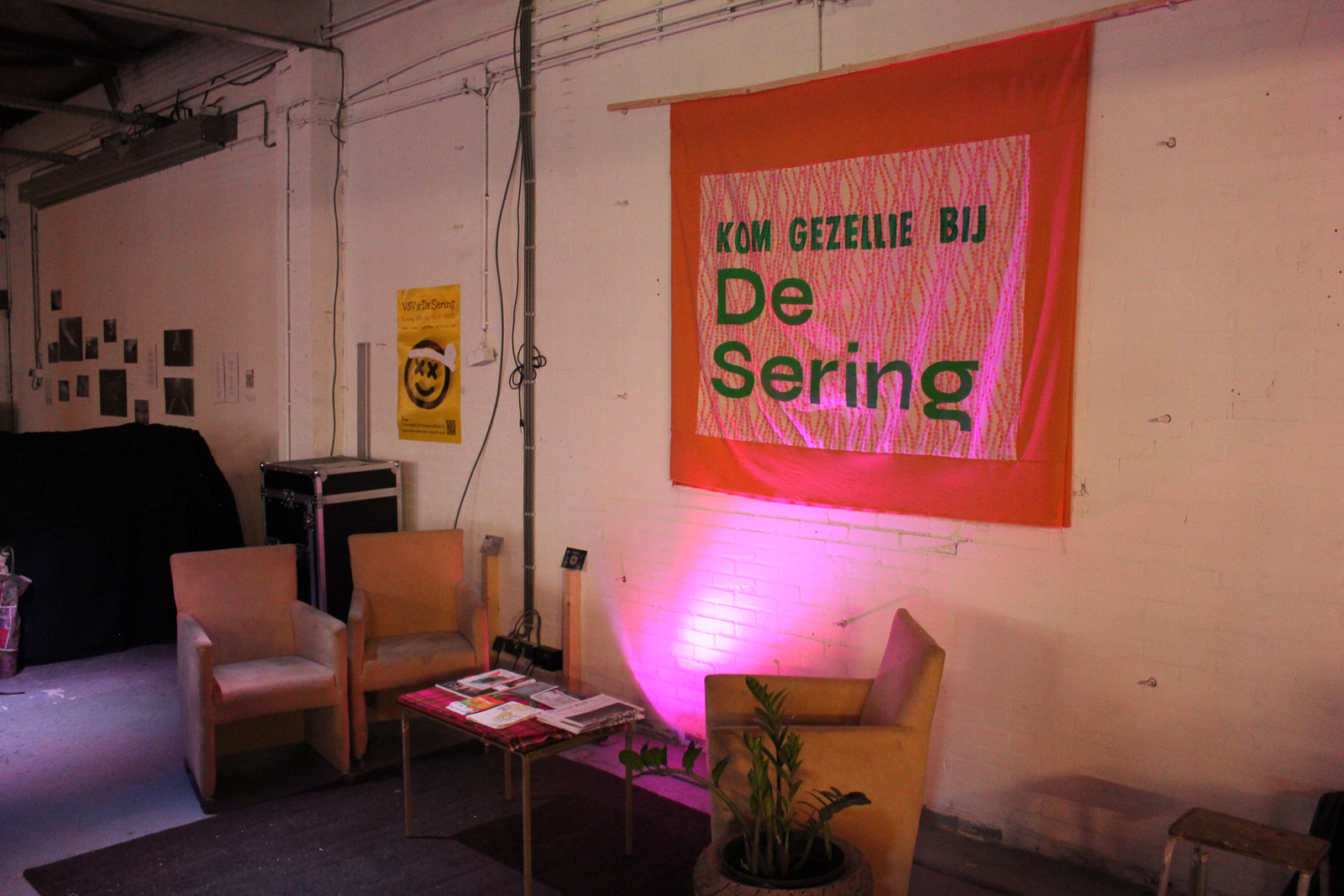 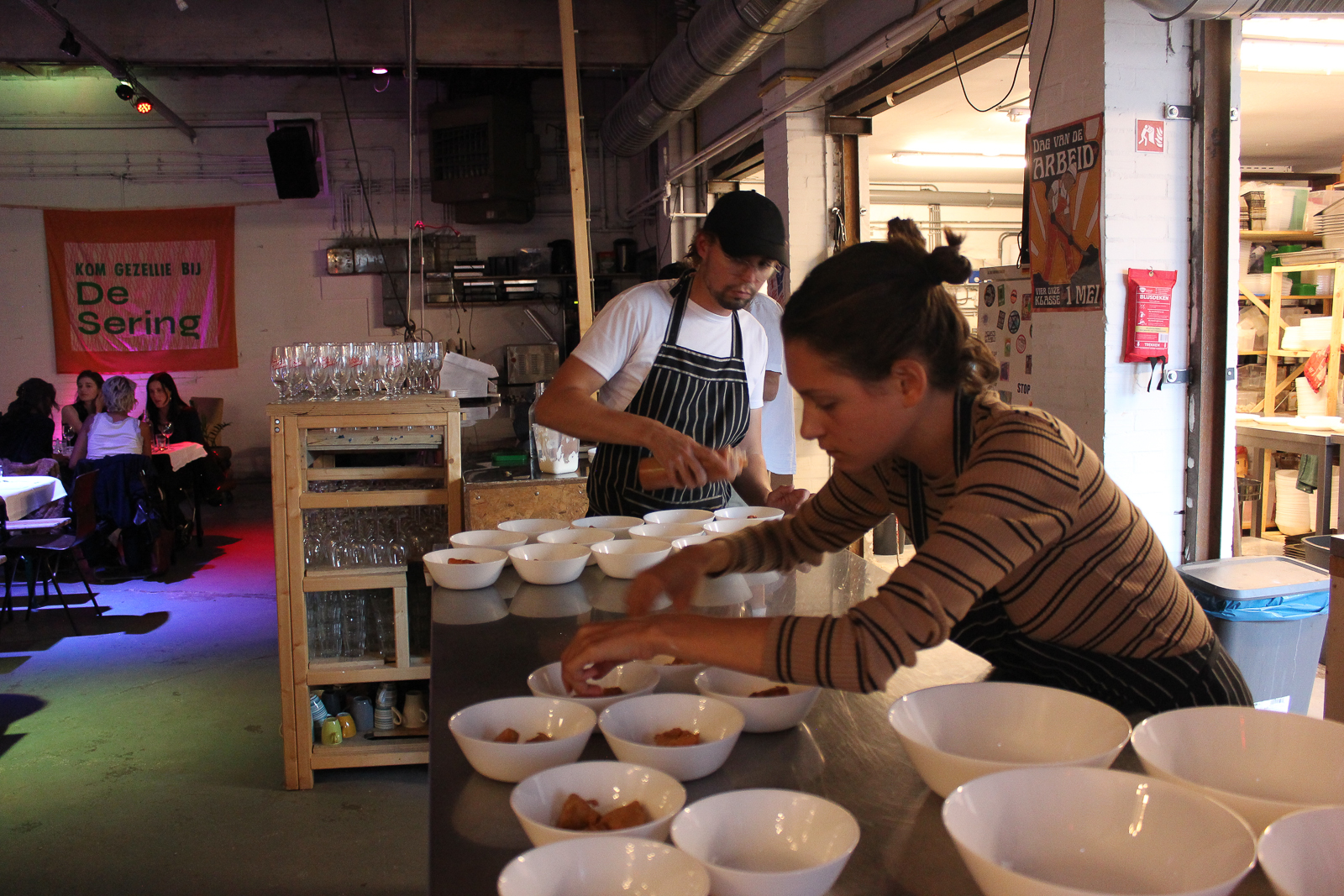 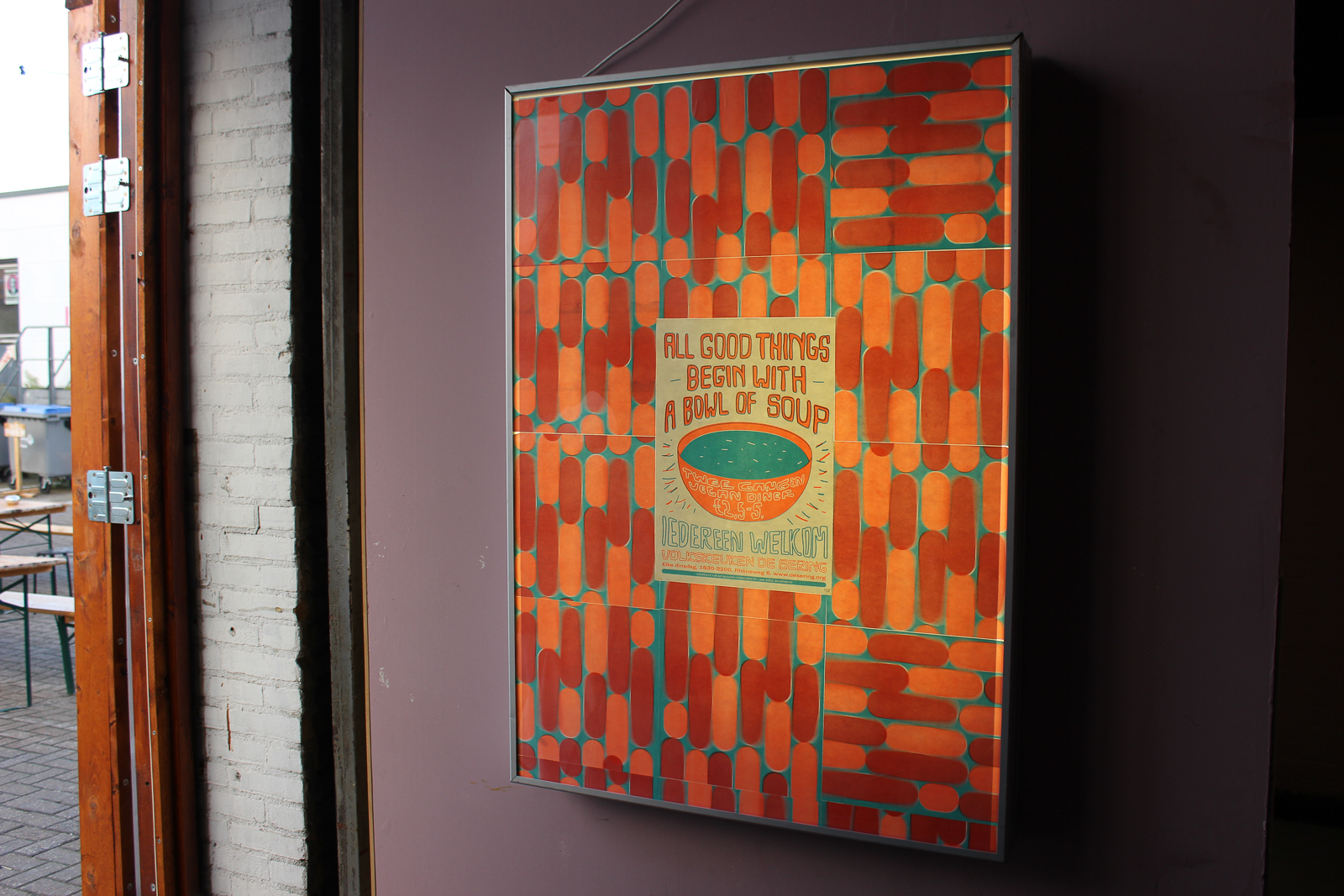 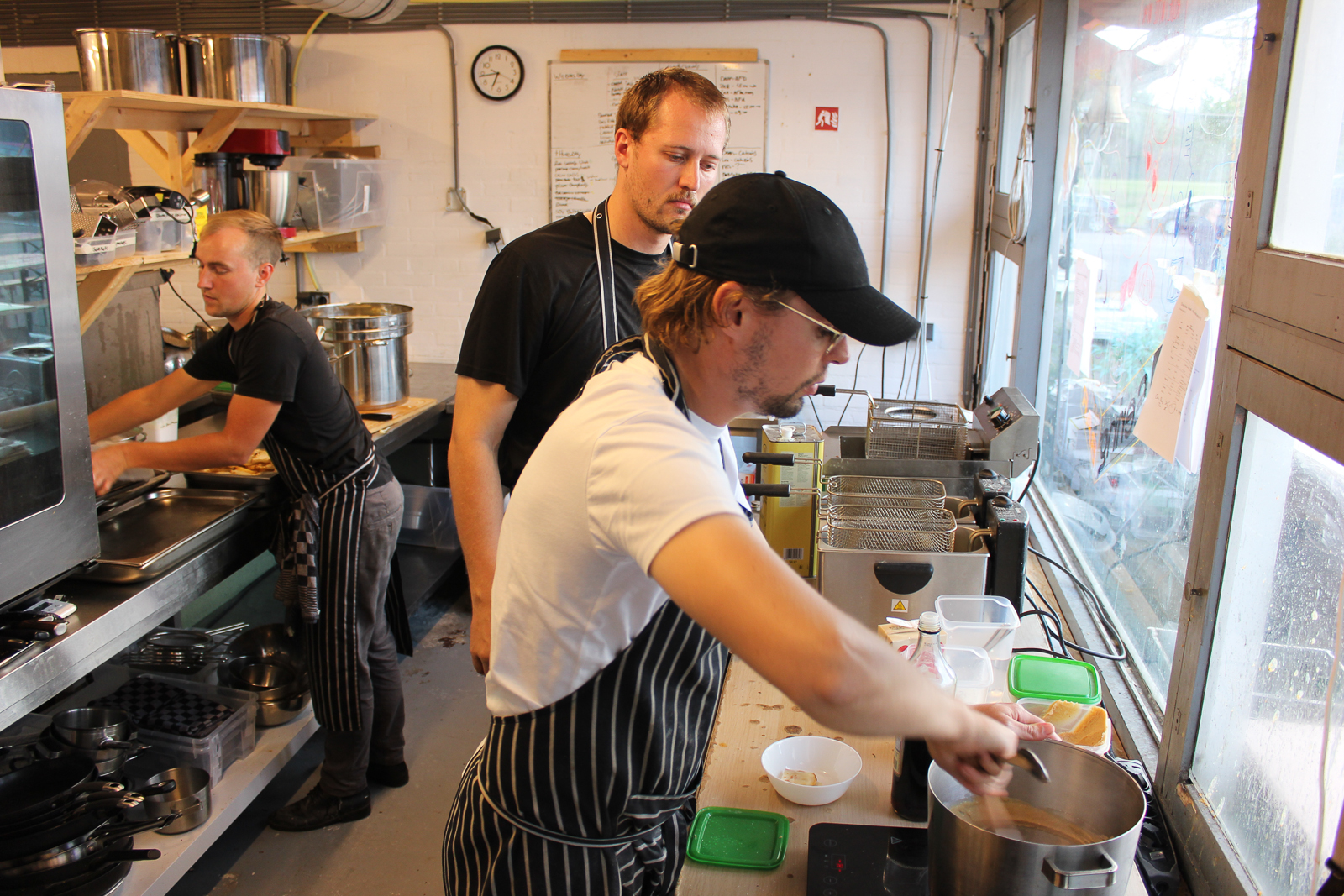 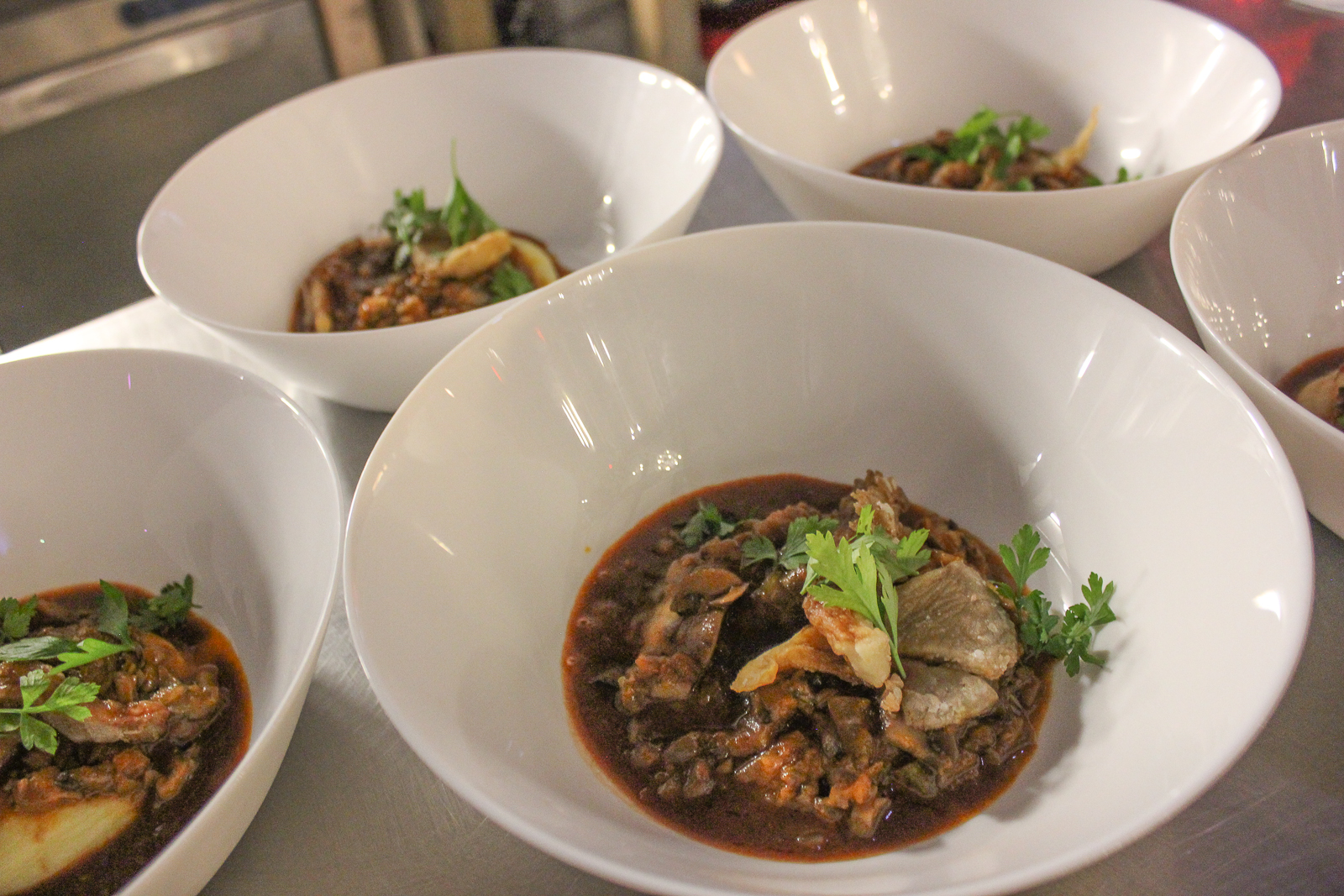 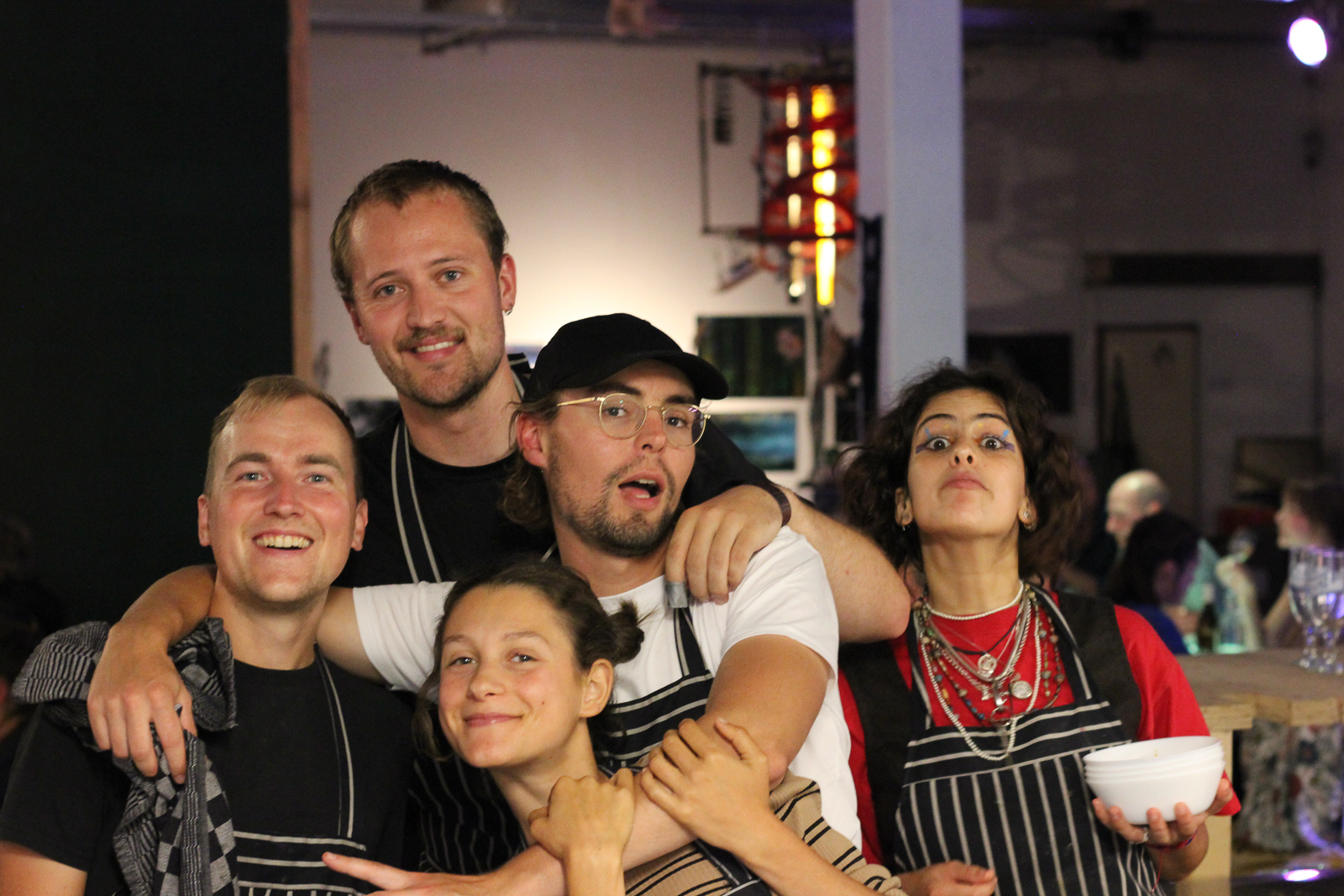 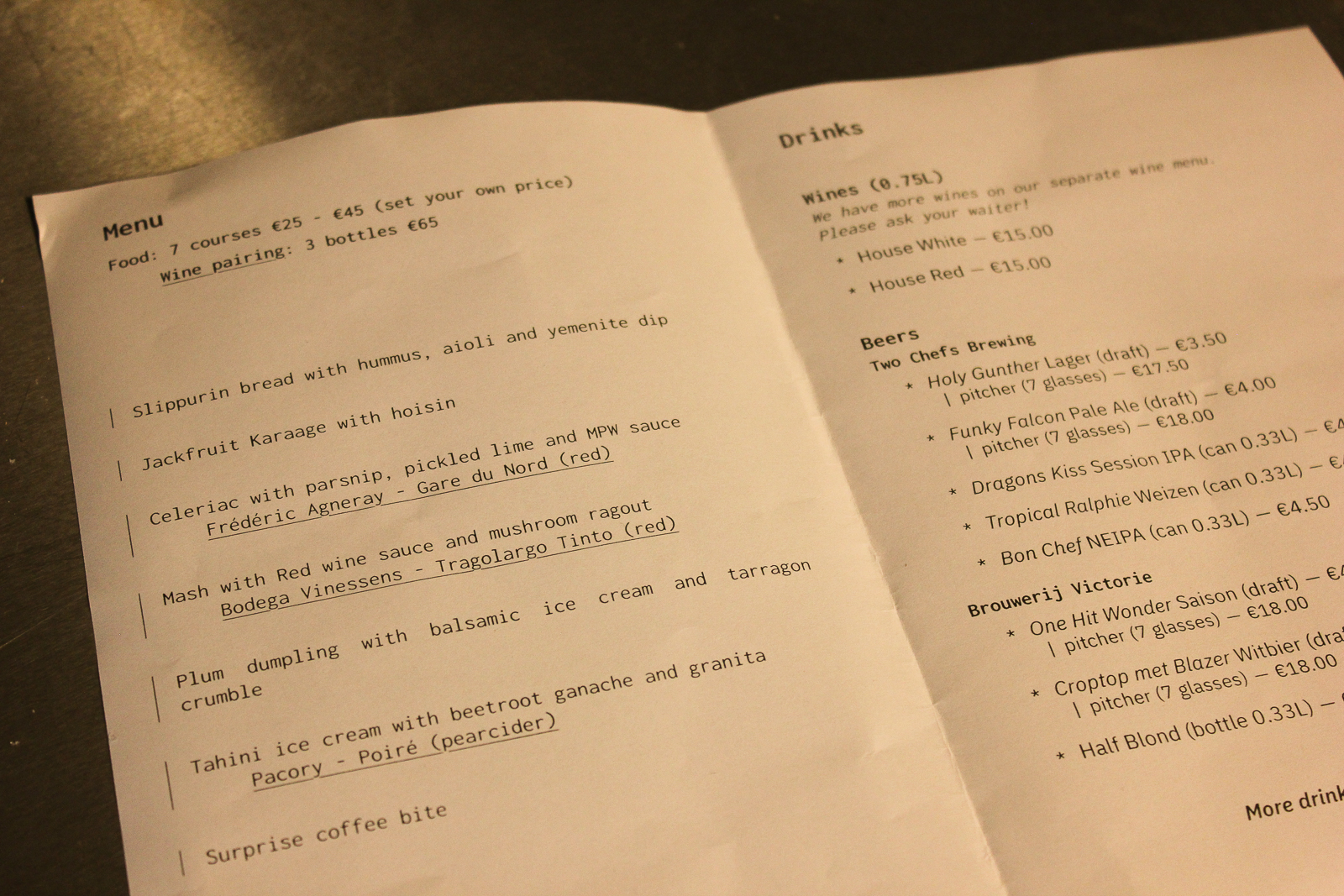 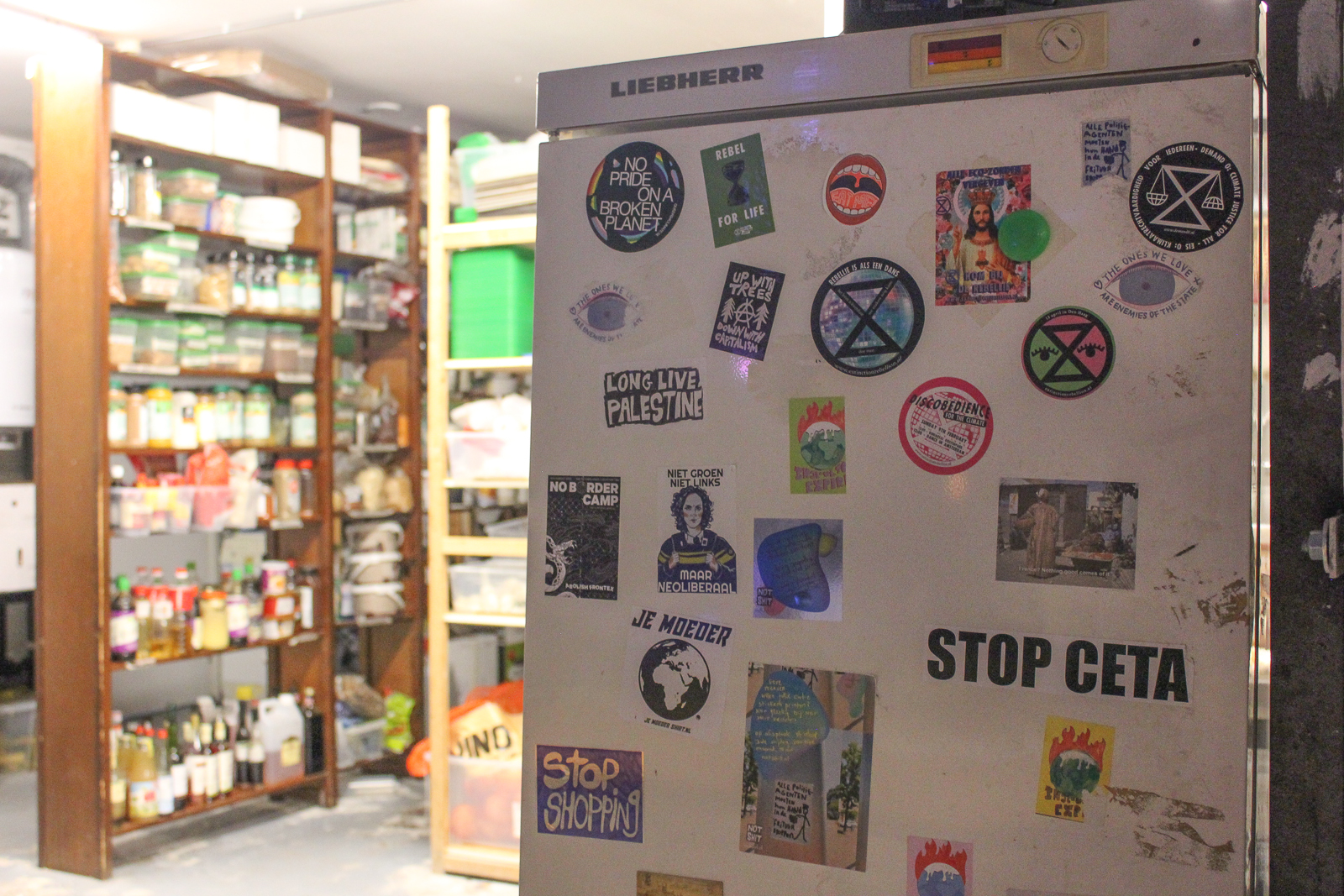