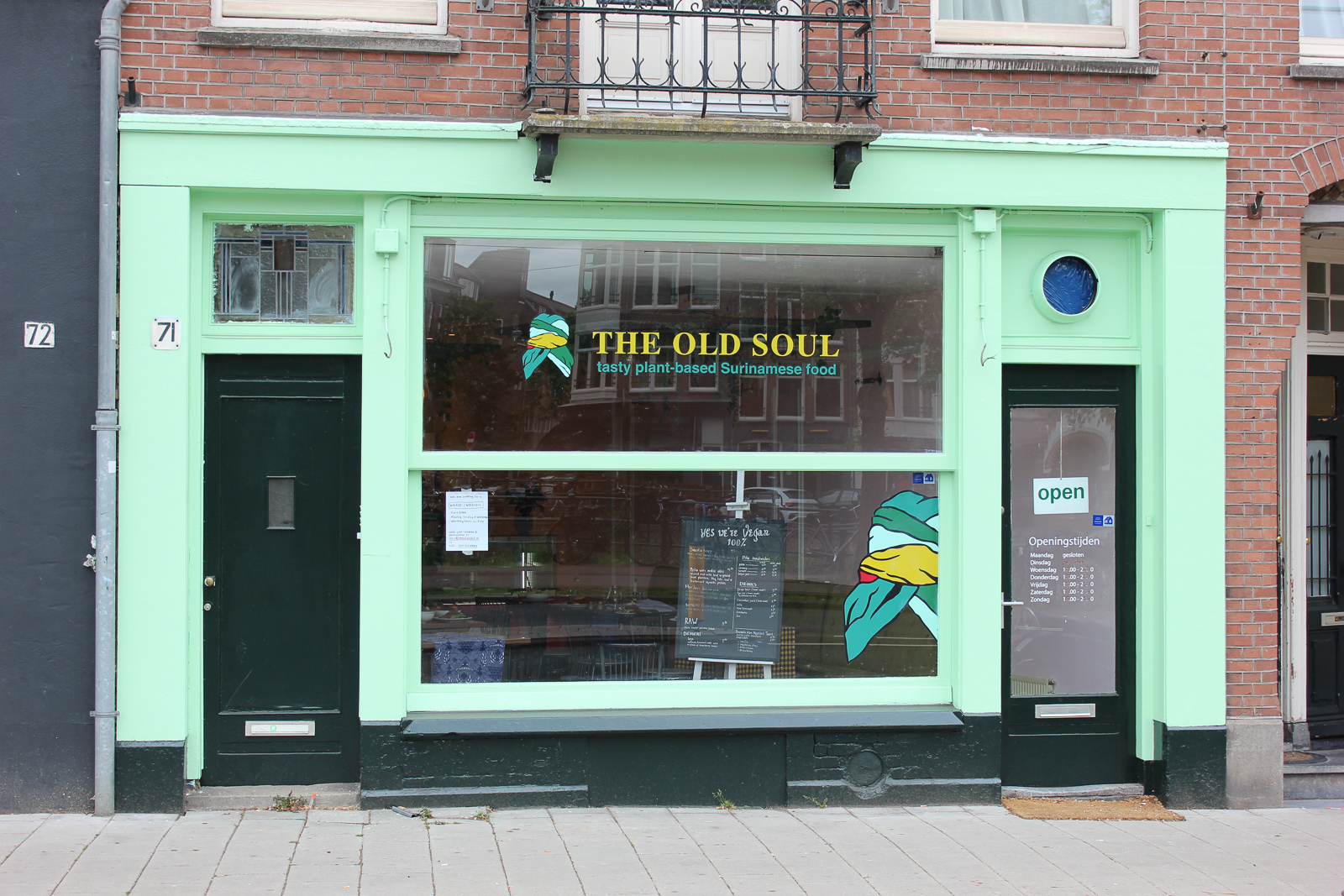 Diana found out a while ago she is lactose intolerant, so she got used to eating vegan. Also what is known as soulfood is not always good for the soul, as it includes many unhealthy animal ingredients. This shaped her determination to focus on the many colourful plant-based options which already exist in the Afro-Surinamese cuisine. “Anything can be veganised”, Diana emphasizes. 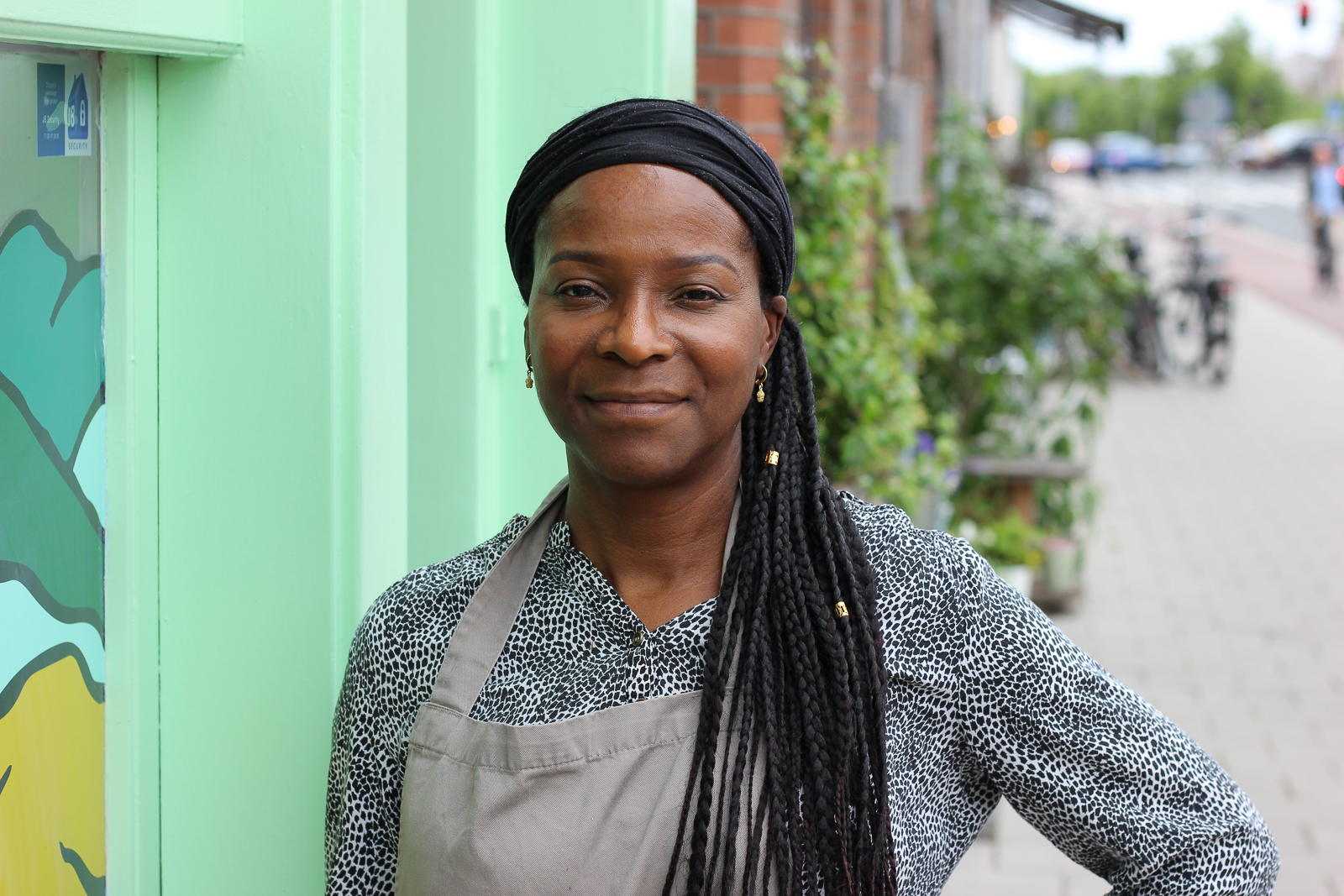 On the menu are dishes like Caribbean dumplings, podosiri (açai) bowl and various pita sandwiches: with pom, tempeh, rendang, jackfruit ‘codfish’ and more. Other dishes are available on specific days of the week: her heri, moksi alesi, pepre watra, pom etc. So just have a look on the menu to see what’s available on which day. Also to read the stories of the various dishes!

For sweets they offer Bojo (cassava cake), raw advocado cake and vegan pastry from Majesteit Taart, (Javastraat) which is run by Diana’s daughter.

The restaurant attracts people from all different backgrounds. Within the Surinamese community many young people are already interested in a responsible lifestyle. Older Surinamese people who are used to cook with meat are initially hesitant, but when they try the food they often get convinced.

There is plenty of seating inside, and a few tables outside as well. The food is also available for delivery.

The Old Soul is located at Hobbemakade, Oud-Zuid. Just next to neighbourhood De Pijp, tram- and metrostops are nearby. 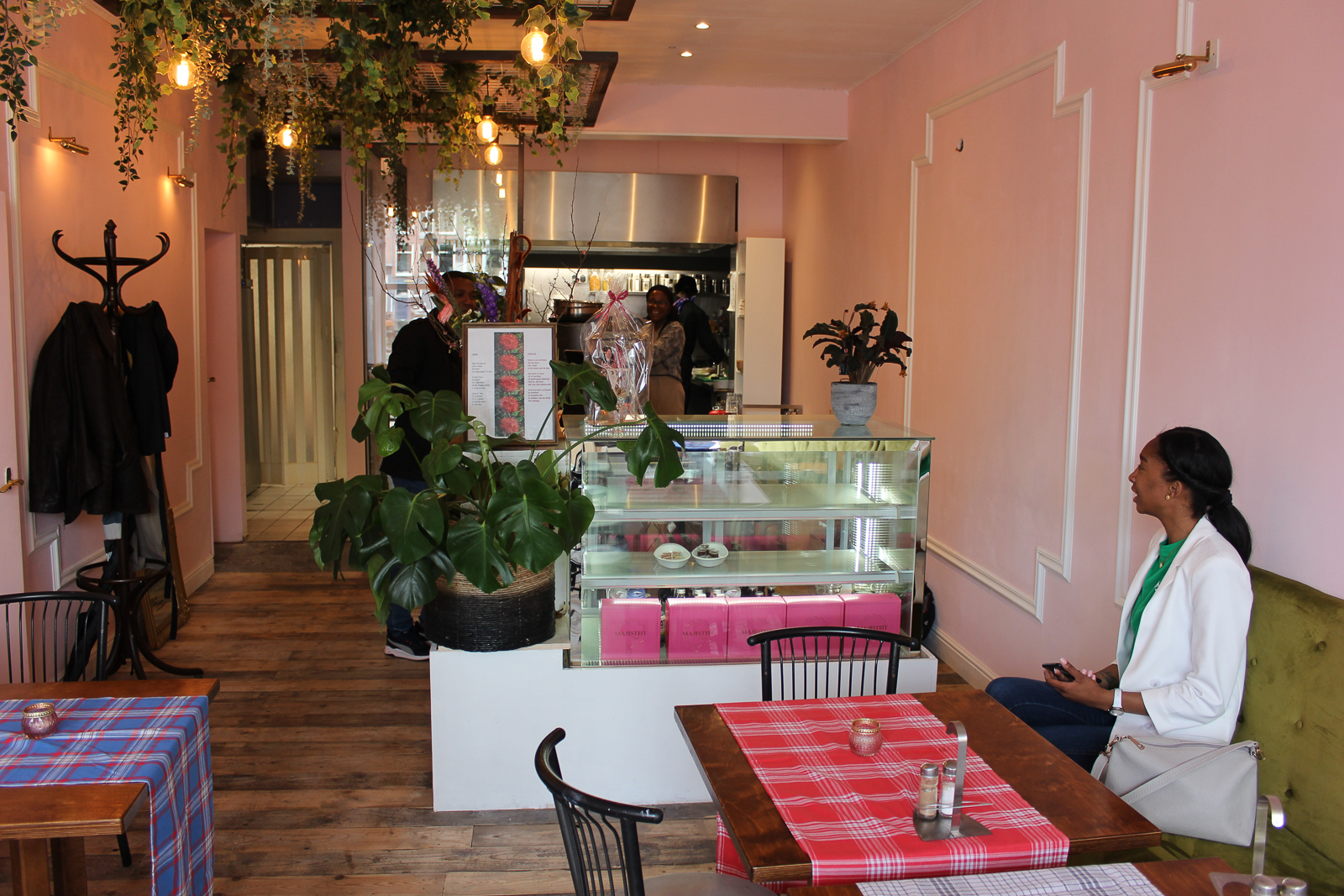 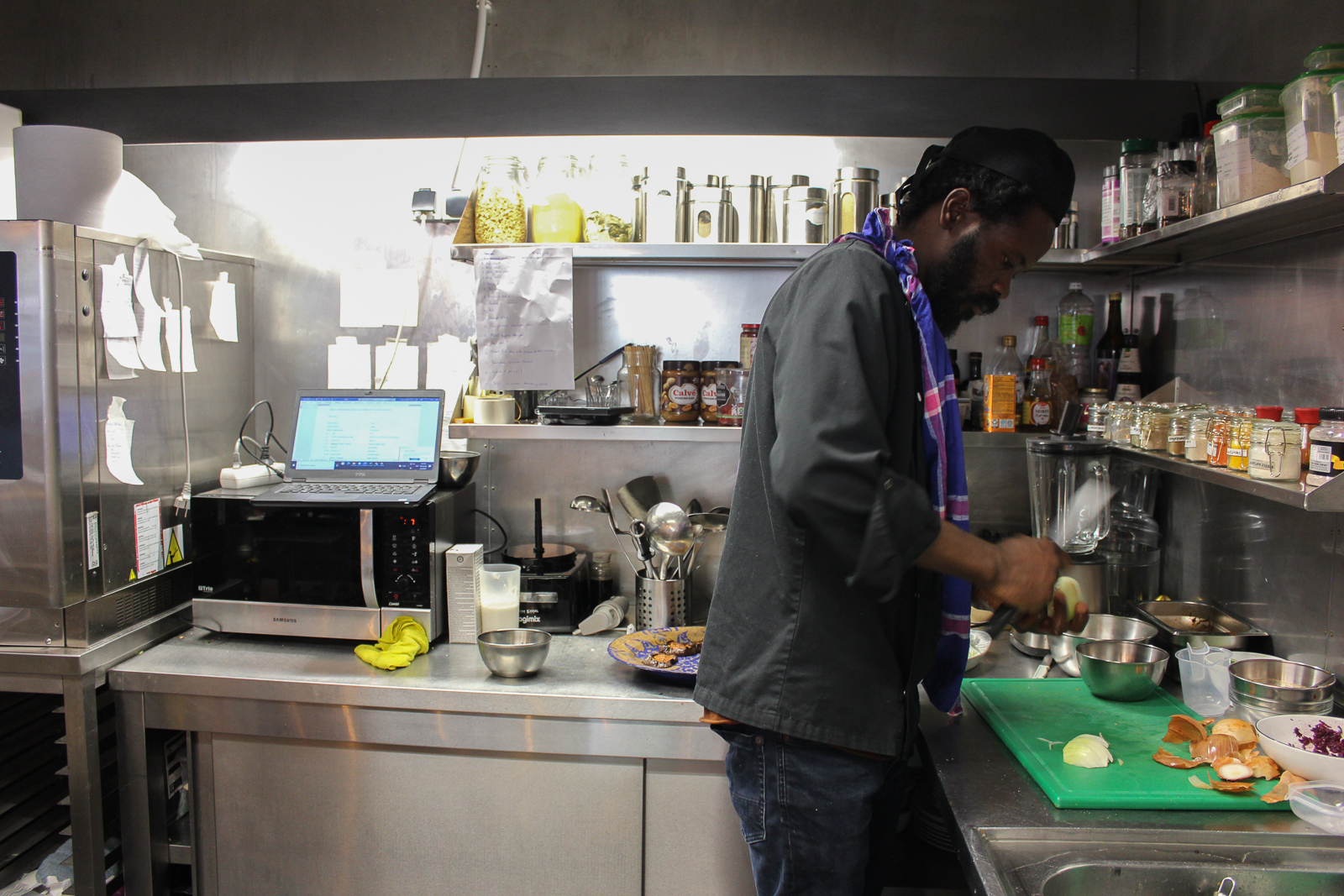 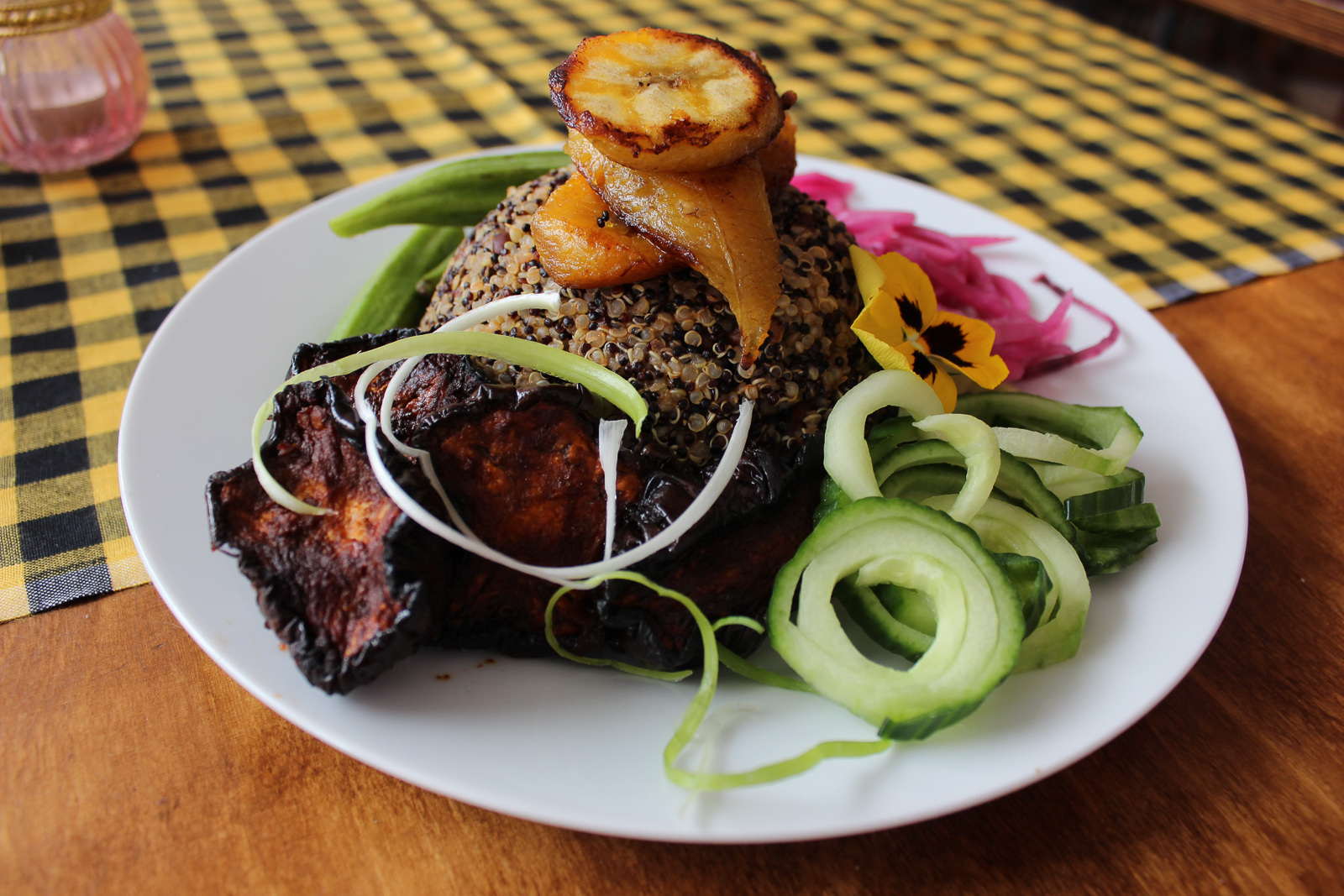 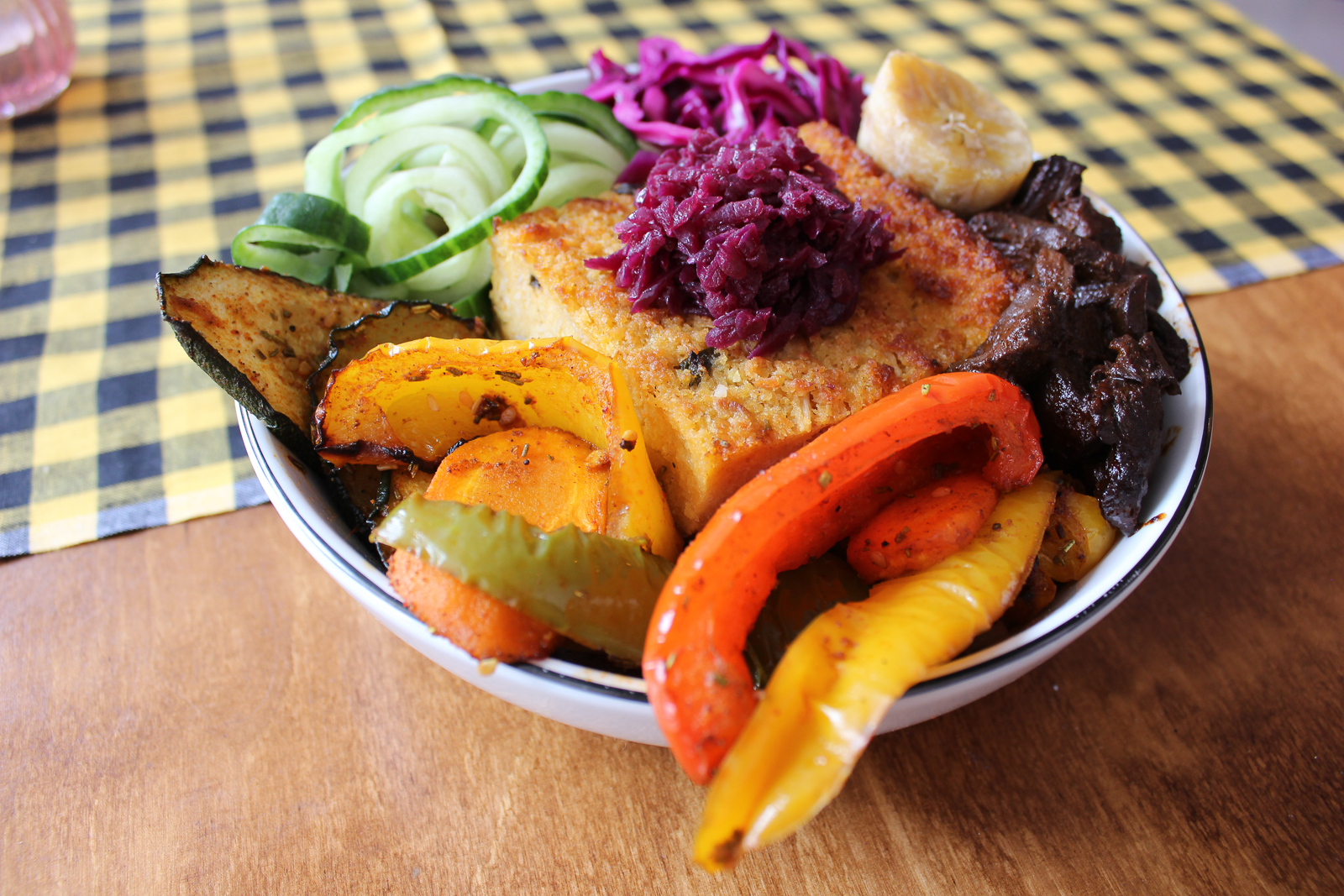 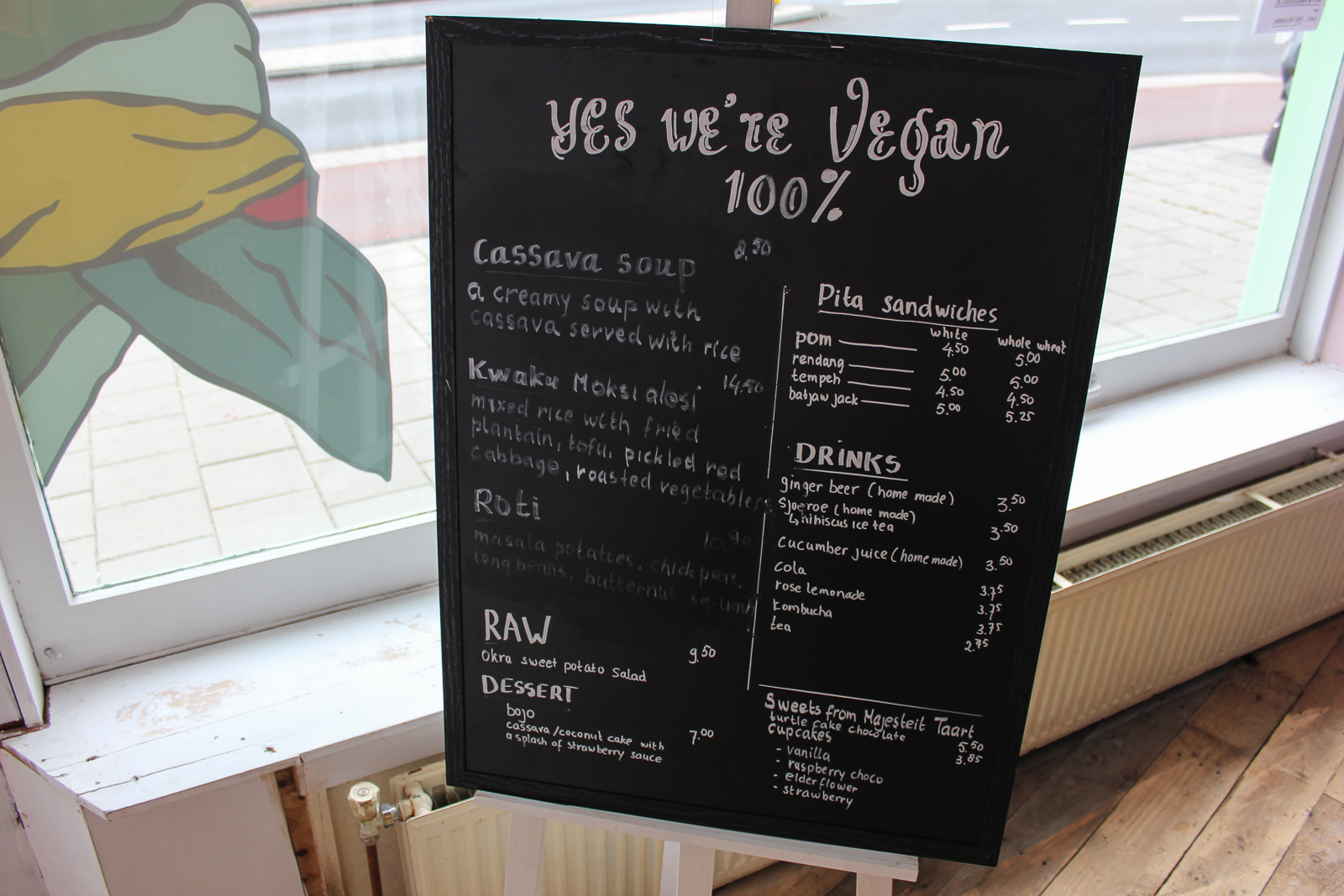 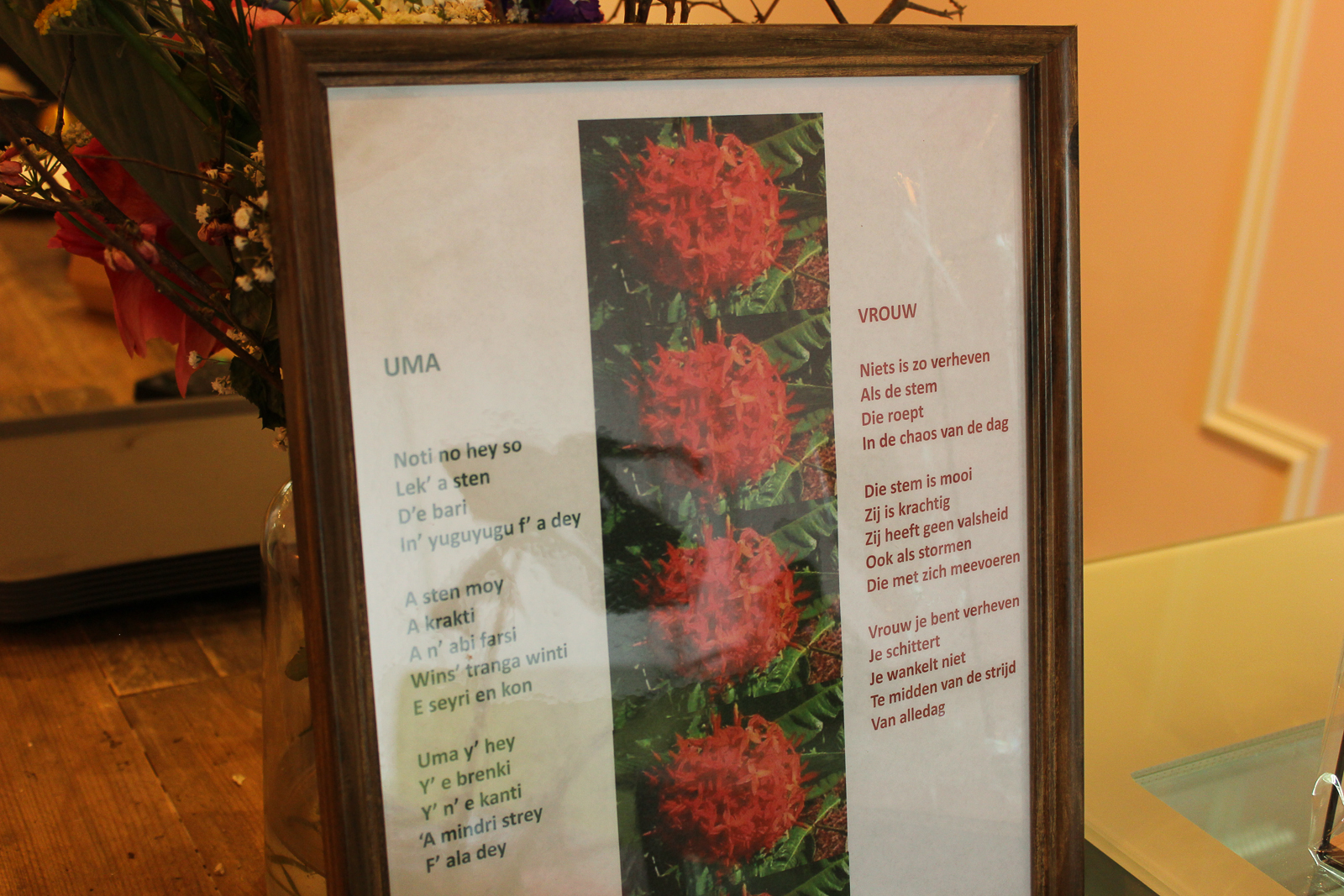 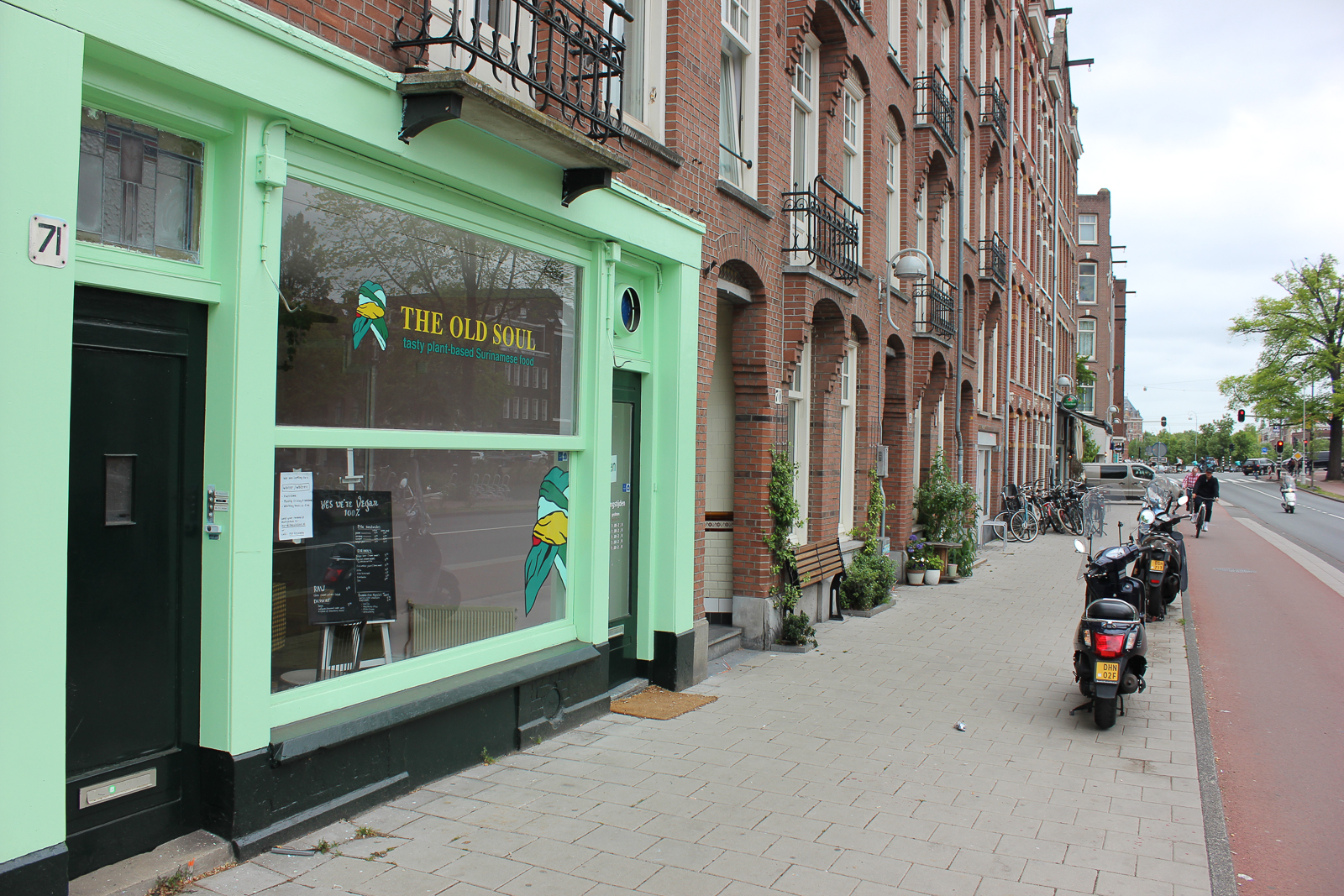