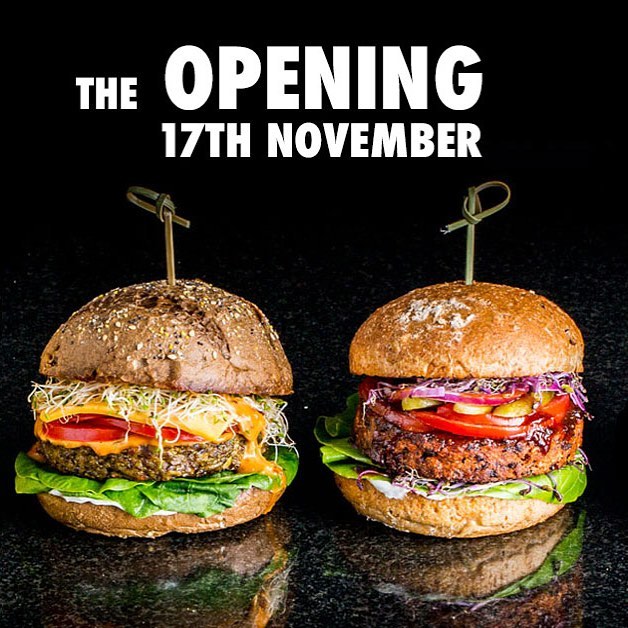 Boy vegan options are increasing rapidly in town. Eating out as a vegan can’t be considered hard these days, check this list on Happy Cow for example. Especially pleased with 100% vegan restaurants of course, and before the end of the year the following restaurants can be added to the list!

Perhaps you tried one of her vegan macarons at our festival back in May. Vegan baker Willem-Pie has been baking many fantastic creations for a while now, but never had a place of her own where people could come and try her pies, cakes, tiramisu, cannoli, biscuits etc. Until now – next week she will open a temporary space running until the end of the year!

Vegan burger bar Vurger will be located at Jan van Galenstraat, spreading out vegan options away from the centre. The menu promises several burgers as well as döner kebab, kapsalon, saté and tosti! Cocktails and beers as well!

The address is Jan van Galenstraat 78, opening Saturday November 17 at 17:00!

We’ve been looking forward to the opening of this place ever since the first announcements in February already! Created by the same people who started amazing vegan lunchroom Dophert back in 2014, Deer Mama will be a different concept. Think of a ‘mylk’ bar by day with breakfast, lunch, cakes and soft-serves. By night it will turn into a burger bar, including local draft beers and boozy milkshakes!

The location is at Ceintuurbaan 71, just a stone’s throw away from metro station De Pijp. They are opening before the end of the year for sure, and according to yesterday’s Instagram post ‘almost ready to announce opening day’!

They started out in April 2017 and are opening new locations in a high pace, introducing everyone to their concept of good looking (aka Instagram worthy) and tasty vegan fastfood. This new location is at Reguliersdwarsstraat 57, opening is set for ‘before the end of the year’.