“Everything you can eat, I can eat vegan!” as a popular slogan says. Donuts typically contain milk, butter and eggs and thus won’t be eaten by vegans. Yet clever people found ways around this to produce yummy and cruelty-free delicacies for us to enjoy. While there are no fully vegan donut stores around like existing in Berlin or NYC, there are nevertheless several addresses in Amsterdam selling vegan donuts. Find out about them below and check out the map as well.

Fun fact: one theory regarding the origins of donuts suggests they’re originally invented by Dutch settlers in the US in the 19th century. In that way they would have evolved from the Dutch ‘oliebollen‘. 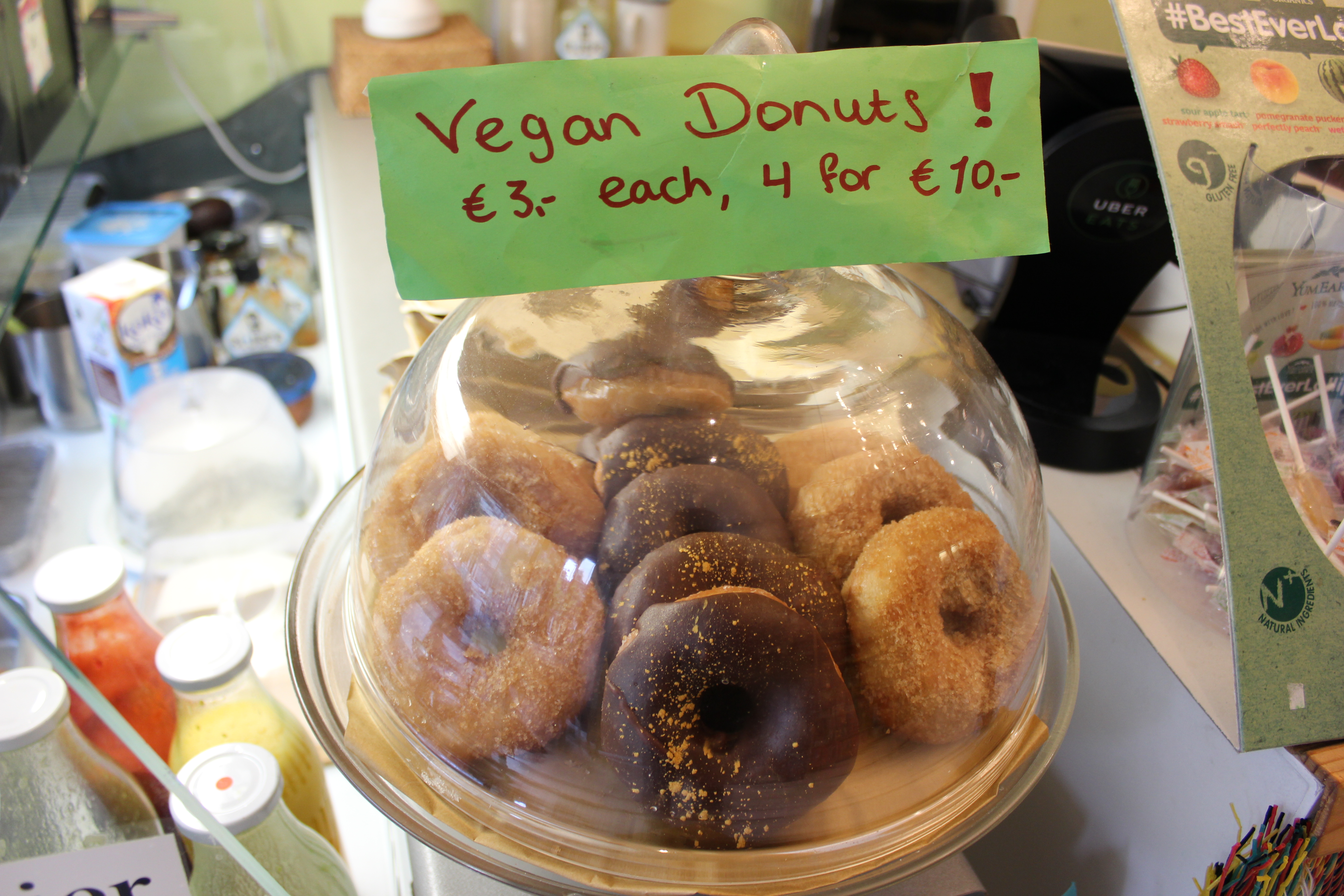 Vegabond is a vegan lunchroom and foodstore set on a lovely spot in the Amsterdam Canal District. Here they sell the yummy donuts made by Nono Cakes, an Amsterdam based vegan pastry business. Flavours include cinnamon-sugar and rum-chocolate!

Coffee place (and art gallery/PR-agency) CoffeeConcepts recently also started to offer the Nono Cakes donuts. They are situated on a quiet corner just a stone’s throw away from Museumplein. Besides the donuts they also offer other vegan pastry from Nono Cakes and various plant-based milks options for your coffee. The donuts are not advertised as ‘vegan’ at the counter, their mere looks are enough for vegans and non-vegans to be seduced! Please note: they are only available during the weekend! 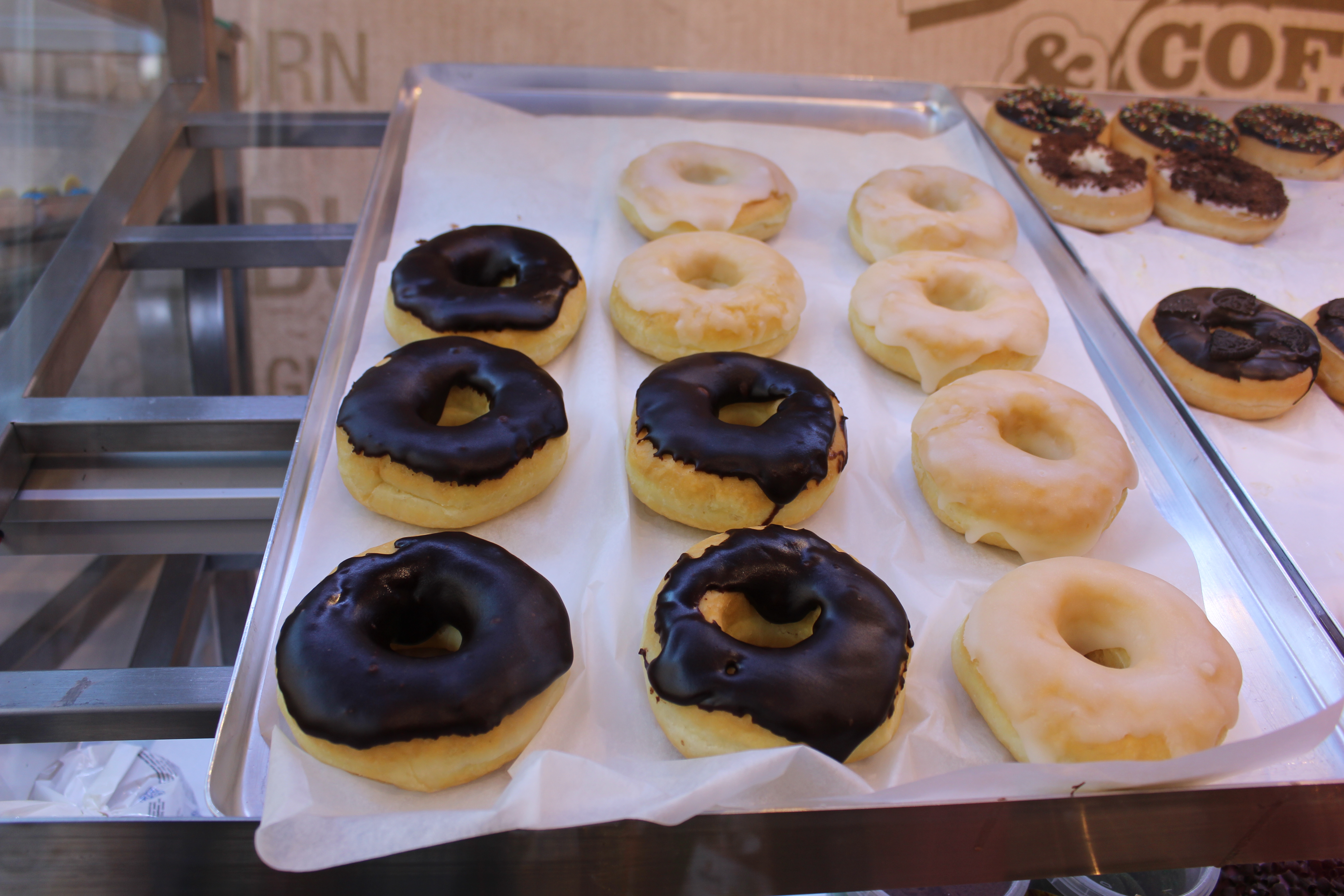 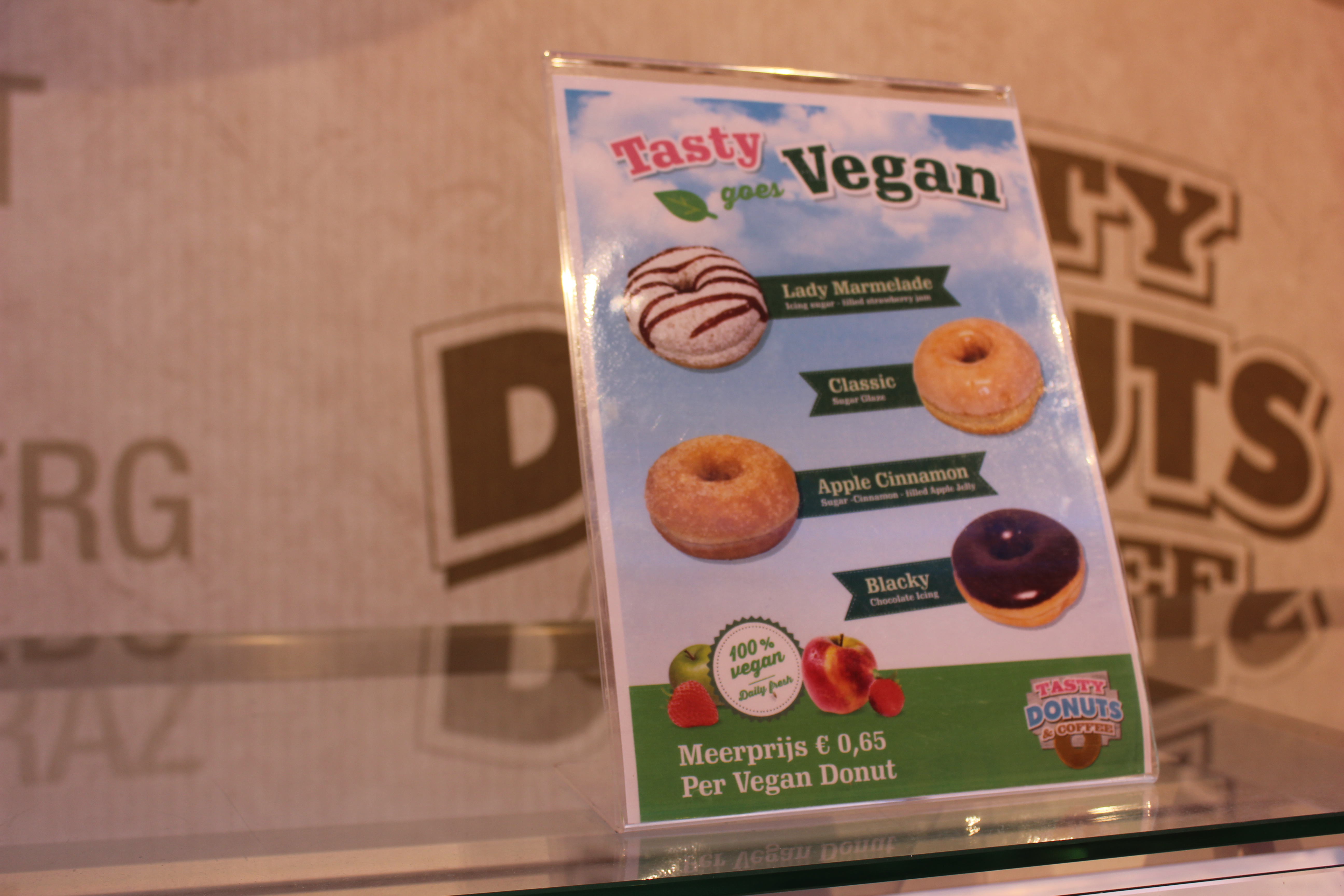 The Amsterdam location of the German chain of Tasty Donuts is situated close to Rembrandtplein right in the centre of Amsterdam. They offer four vegan flavours like one filled with strawberry jam and one with apple and cinnamon.

The ones from Tasty Donuts are also being sold at a gasstation in Diemen, located close to the A10 highway.

Find ’em on the map!