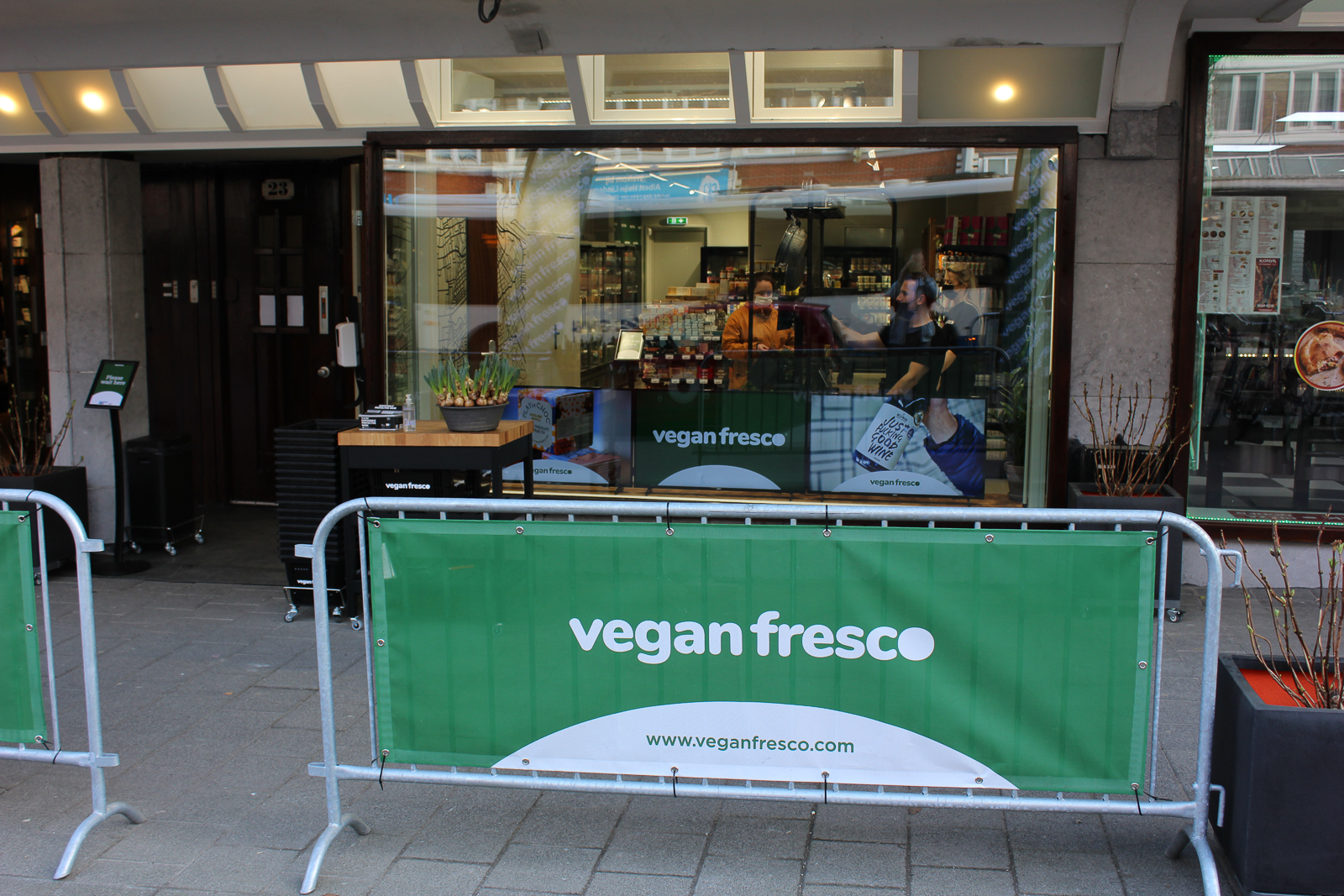 Vegan supermarket at Jan Evertsenstraat (De Baarsjes). Lots of food in fridge and freezer as well as dry goods. Also small selection of non-food like cosmetics and toiletries. No fresh produce.

Vegan Fresco opened February 2021 after a successful crowdfunding campaign. With according to them 4% of the Dutch eating vegan/plant-based and 55% being flexitarian, owner James Fresco suggested it was about time for a specialised vegan supermarket. Being the first vegan supermarket in the Netherlands/Amsterdam got them quite some attention, from the world of retail (veganism is hot) and obviously from vegans as well.

Though credit where credit is due, the first vegan food store in Amsterdam is Vegabond, opened already back in 2014. 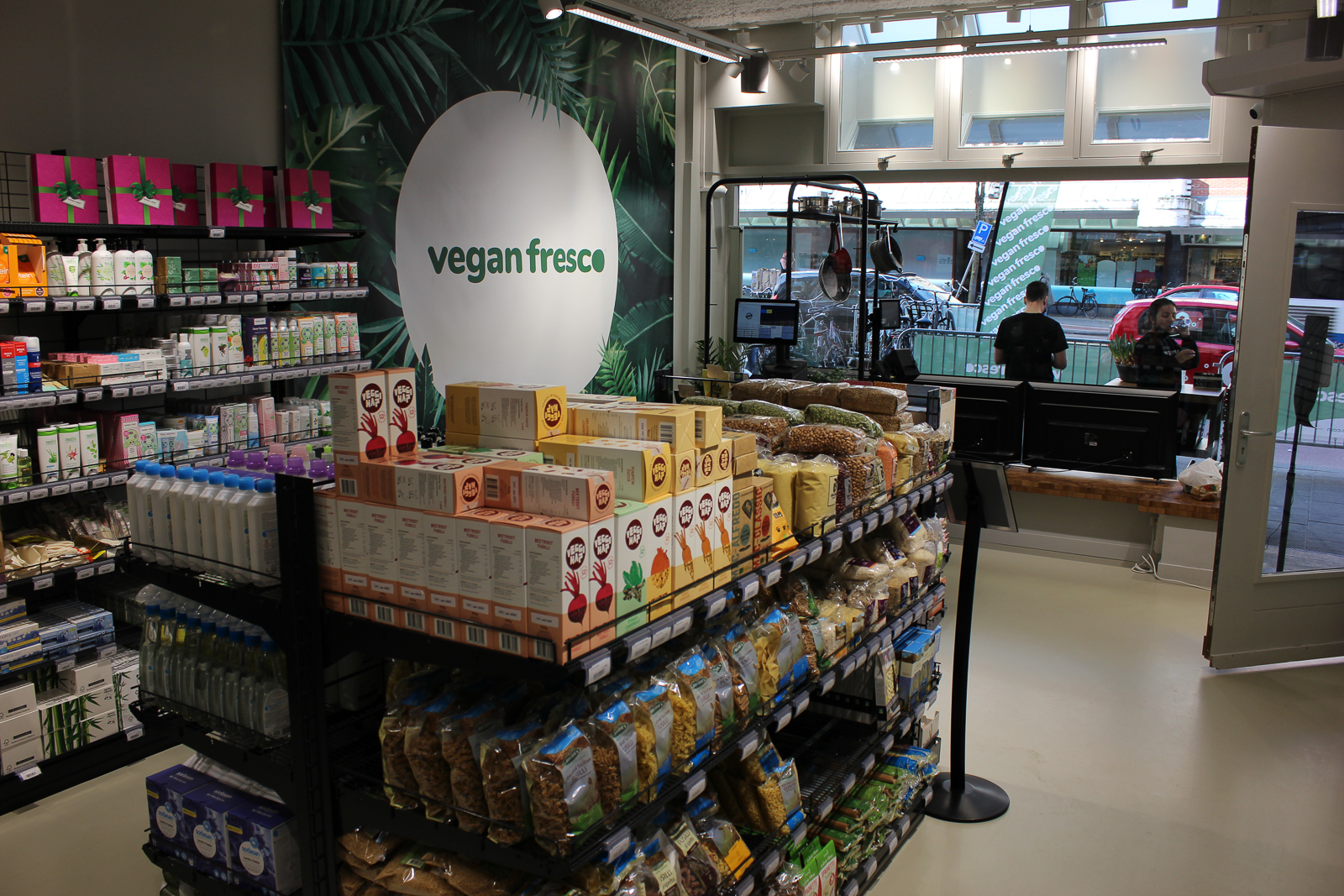 In the fridges they offer lots of vegan cheese and alternatives for meat and fish, including quite a few lesser known brands. For example cheese from French vegan cheese brand Jay & Joy (store located in Paris). Tuna, salmon and fish steak from German brand Vantastic Foods. Also cold drinks and vegan dairy products.

In the freezer you can find more meat and fish alternatives as well, but also vegan pizza and convenience foods like lasagna, curries and empanadas.

In the dry goods section they offer products like pasta, dried beans, sauces, tea and protein powder. But also wine, snacks and sweets. Non-food items include products like shower gel and laundry detergent.

Despite it being a supermarket, the store itself is not huge. But they found the right balance between offering a big amount of products while maintaining the space pleasant to be in. Vegan Fresco is located at Jan Evertsenstraat, just across from the big Albert Heijn there. Tram stop nearby.

For the near future they are planning to start a webshop as well. Furthermore they intend to open up two more locations in Amsterdam this year, and to be a national chain in a few years! 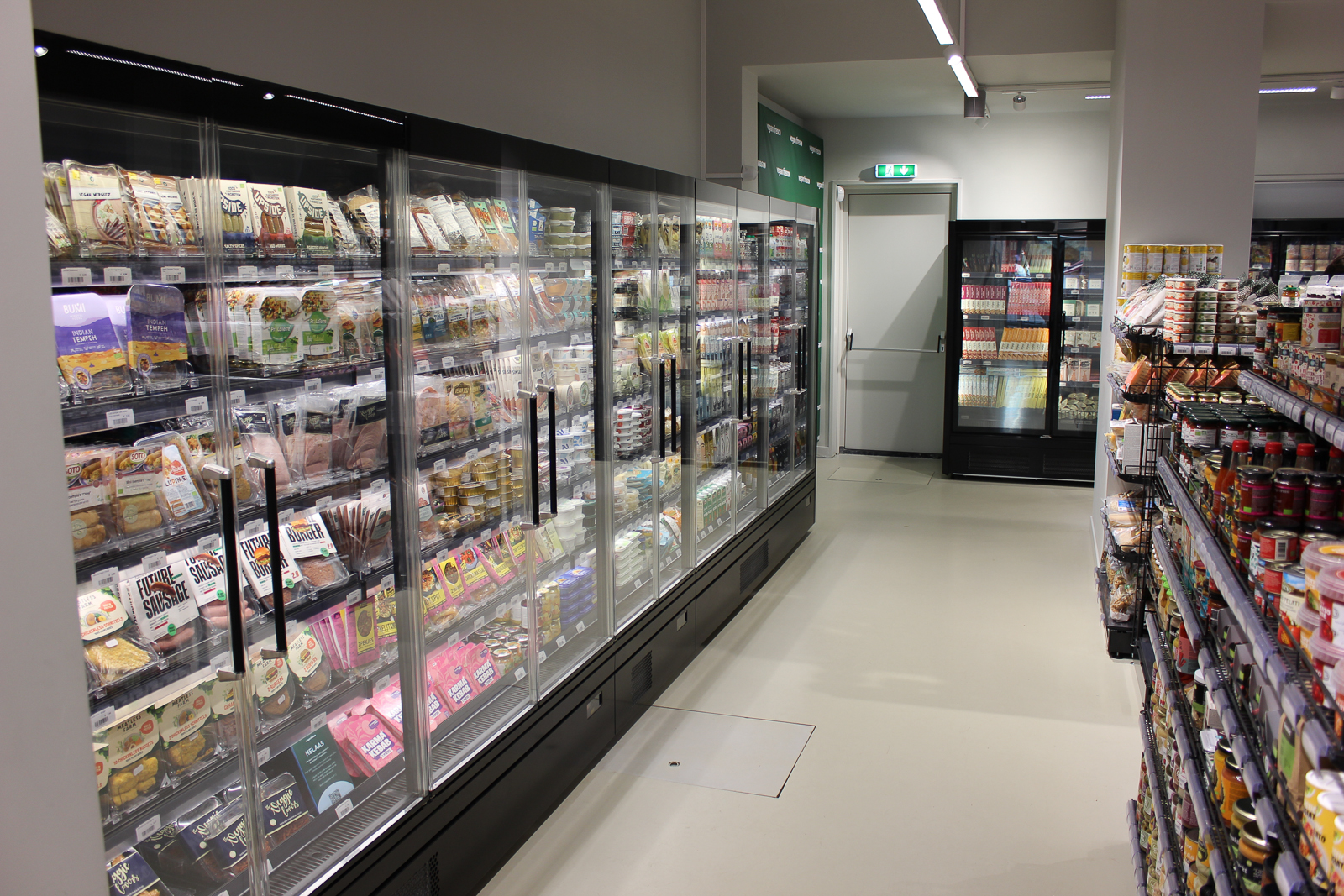 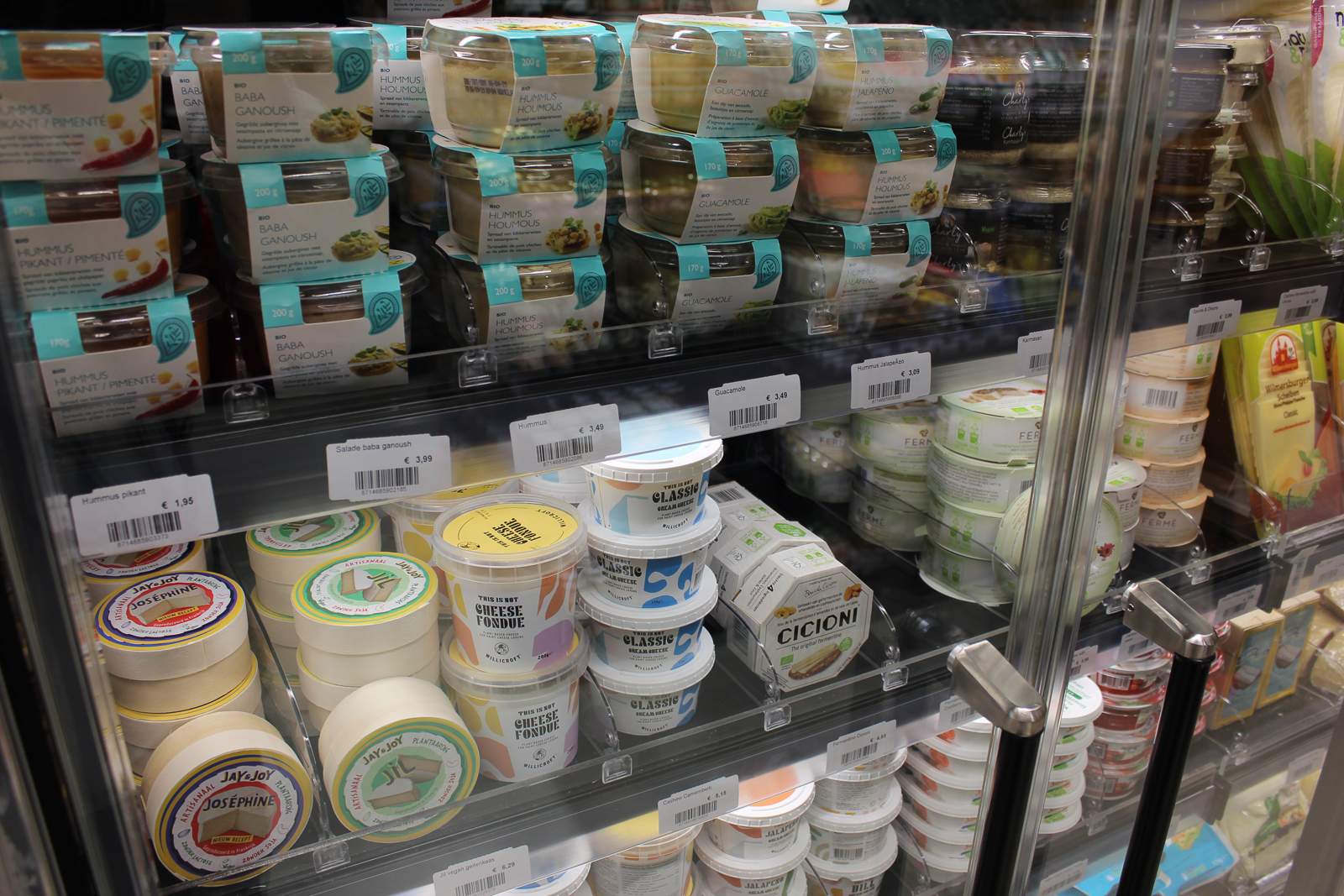 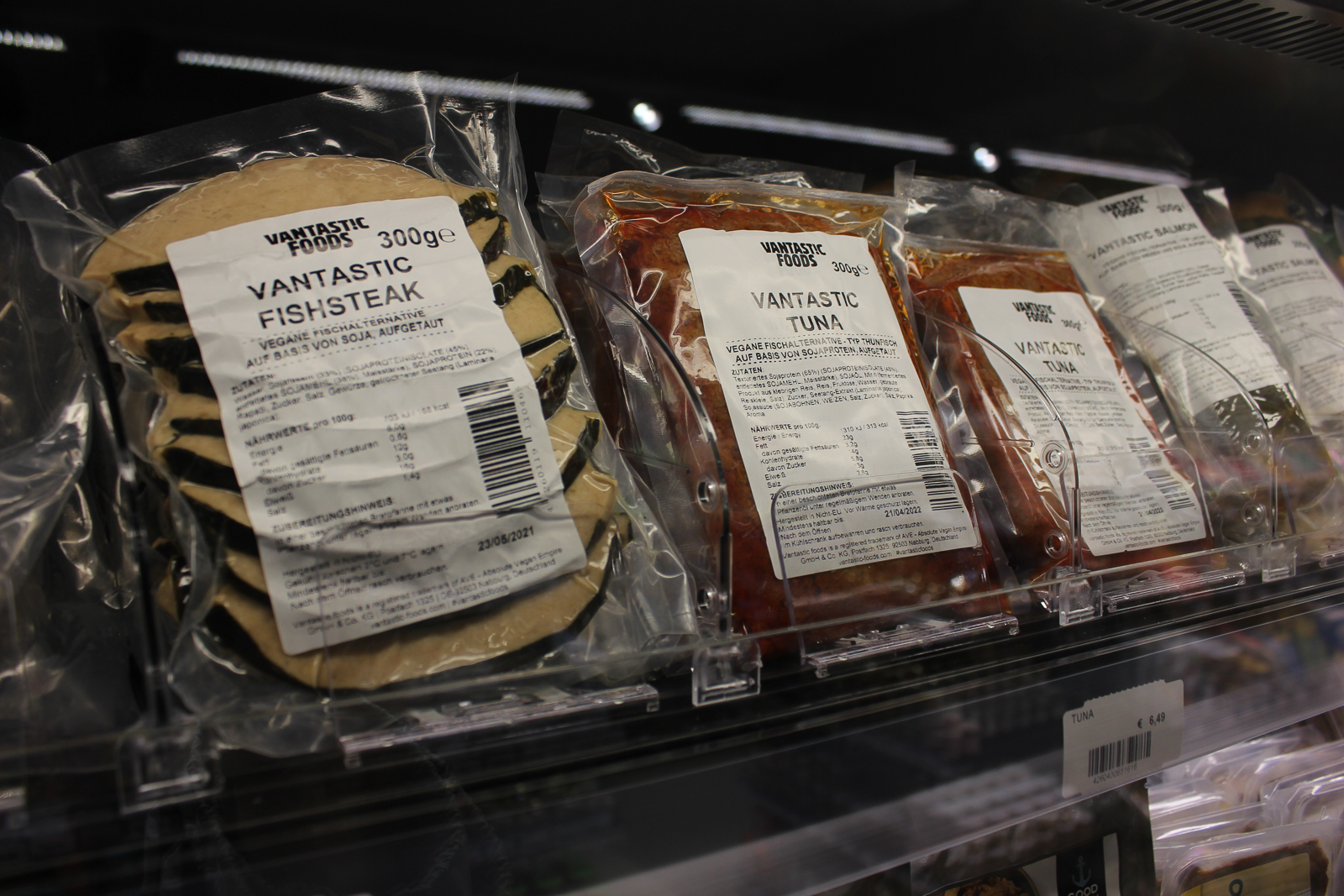 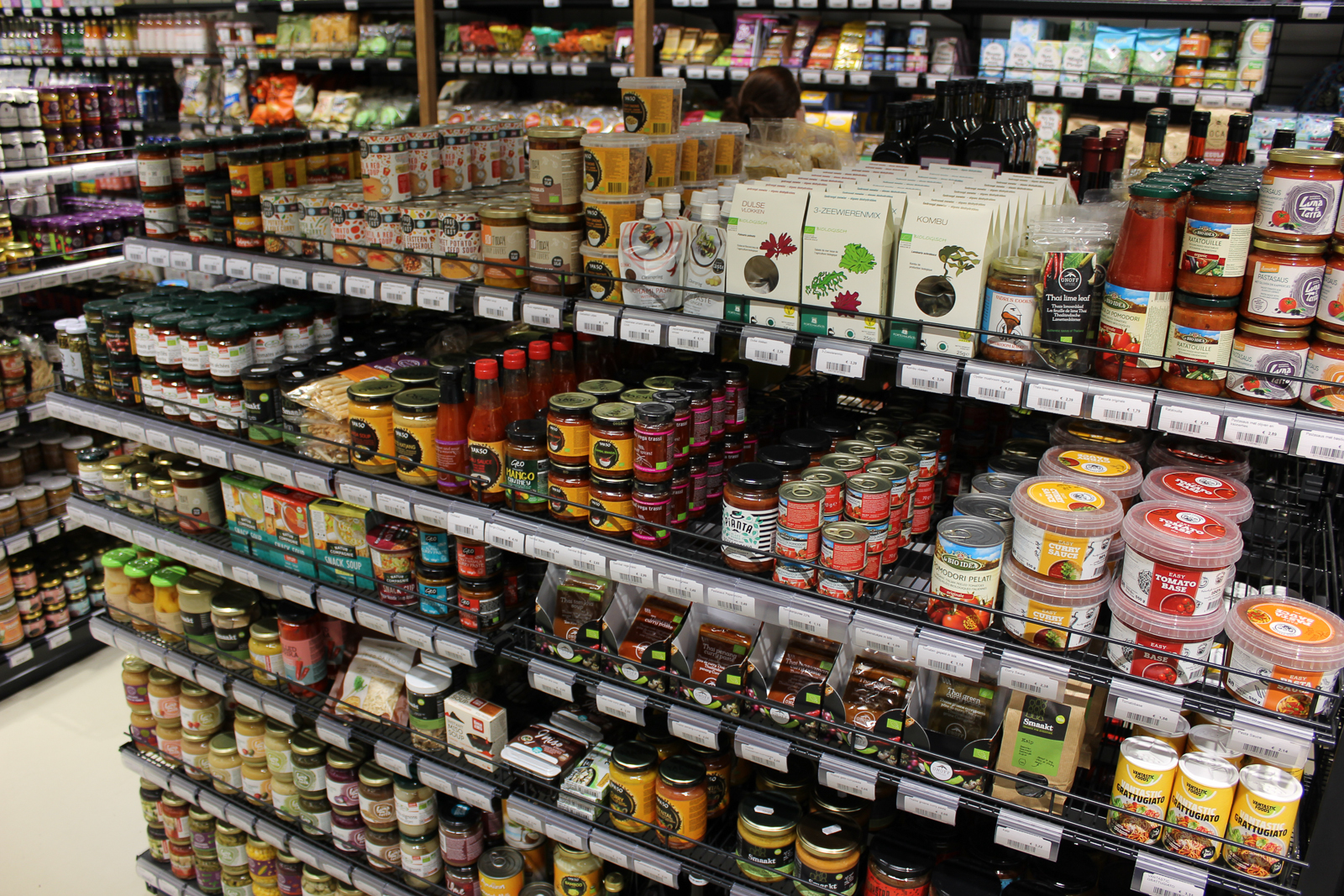 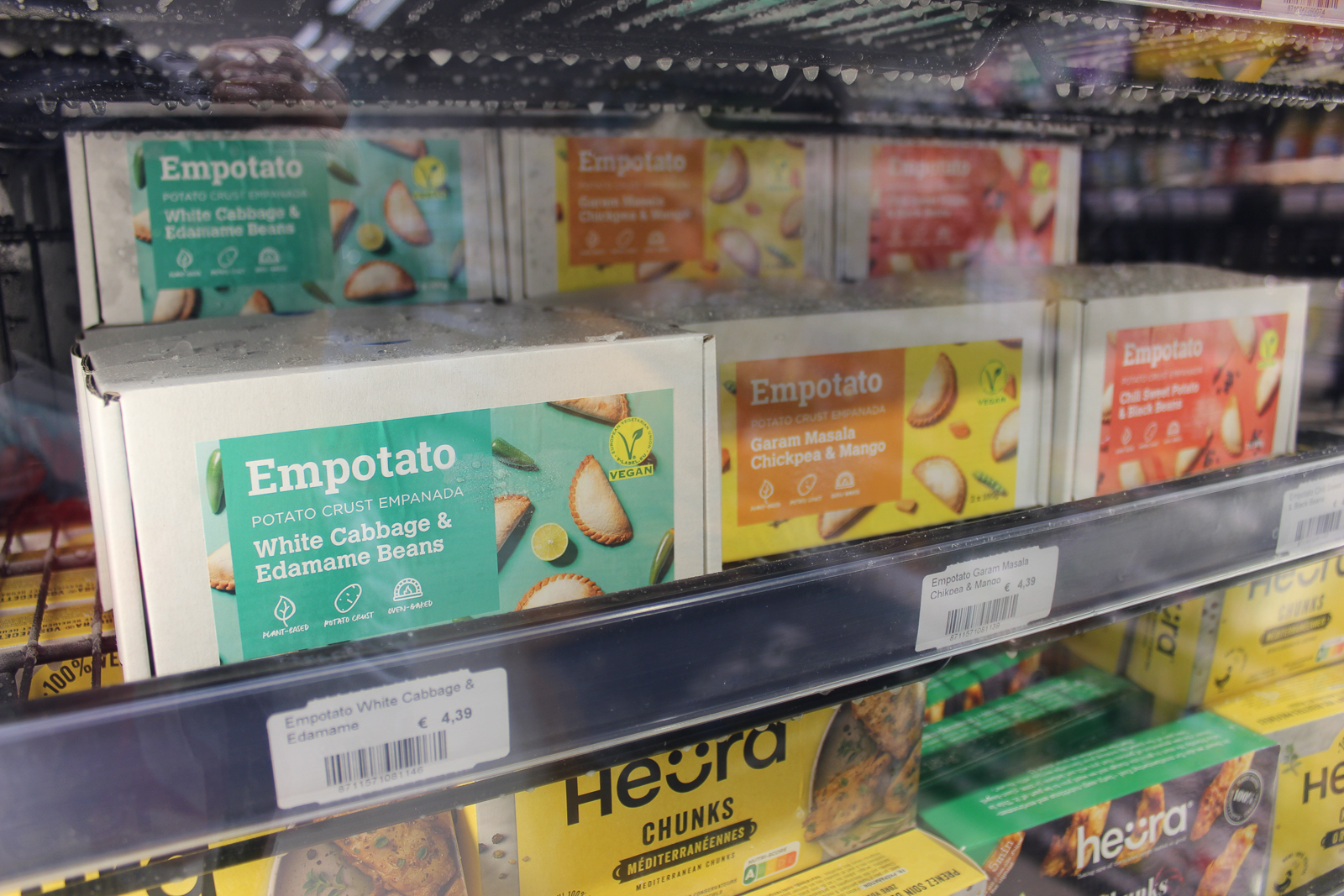 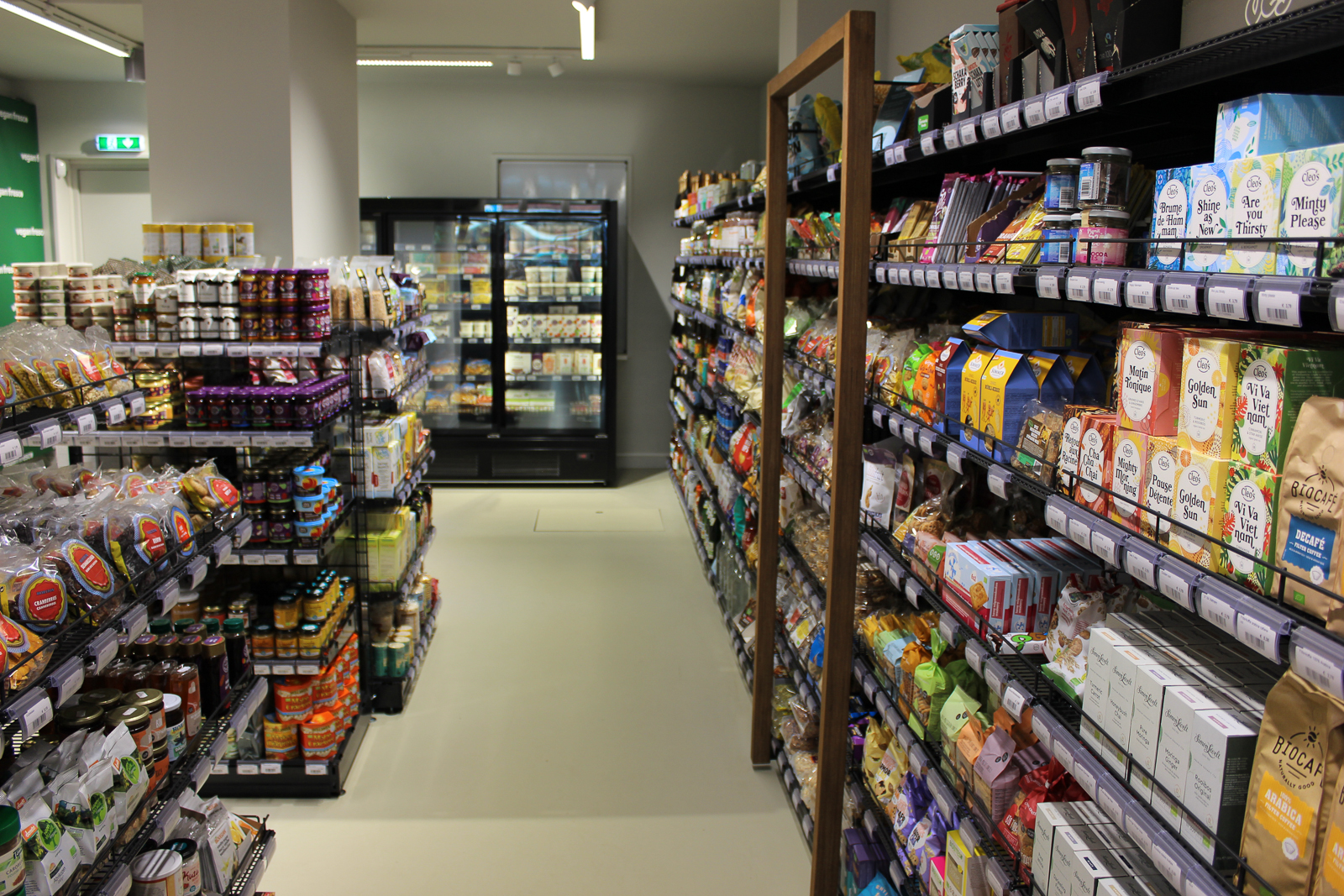 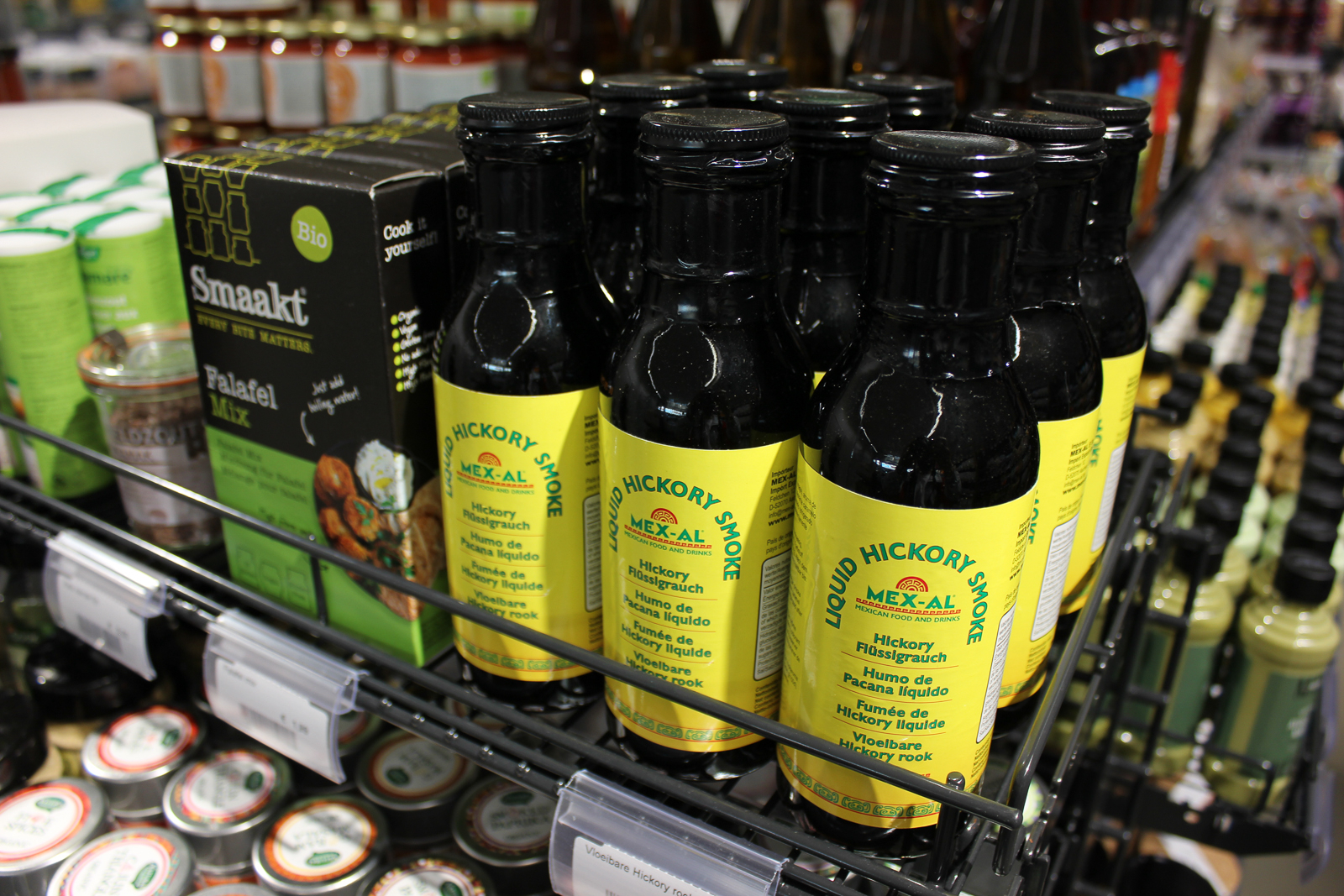 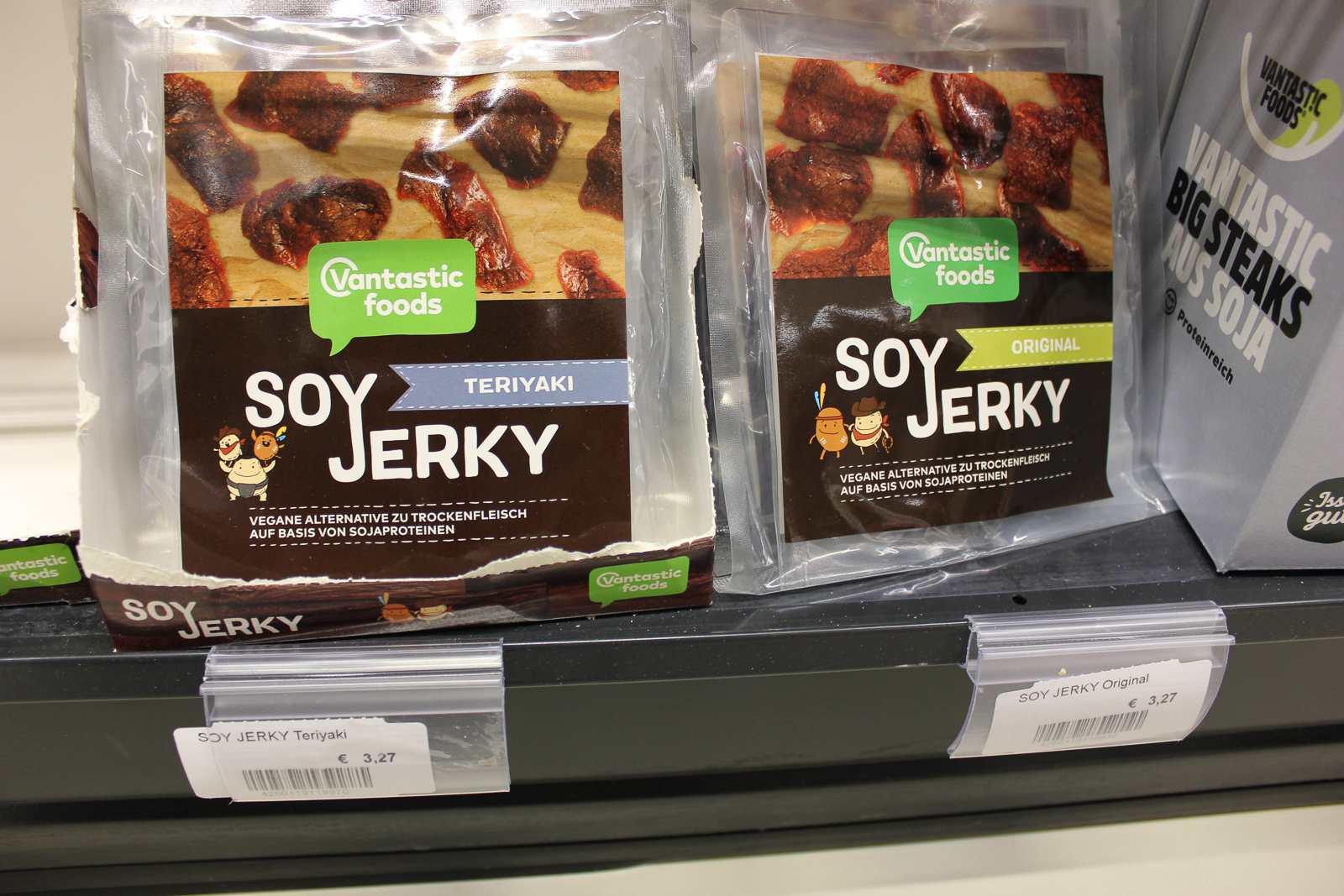 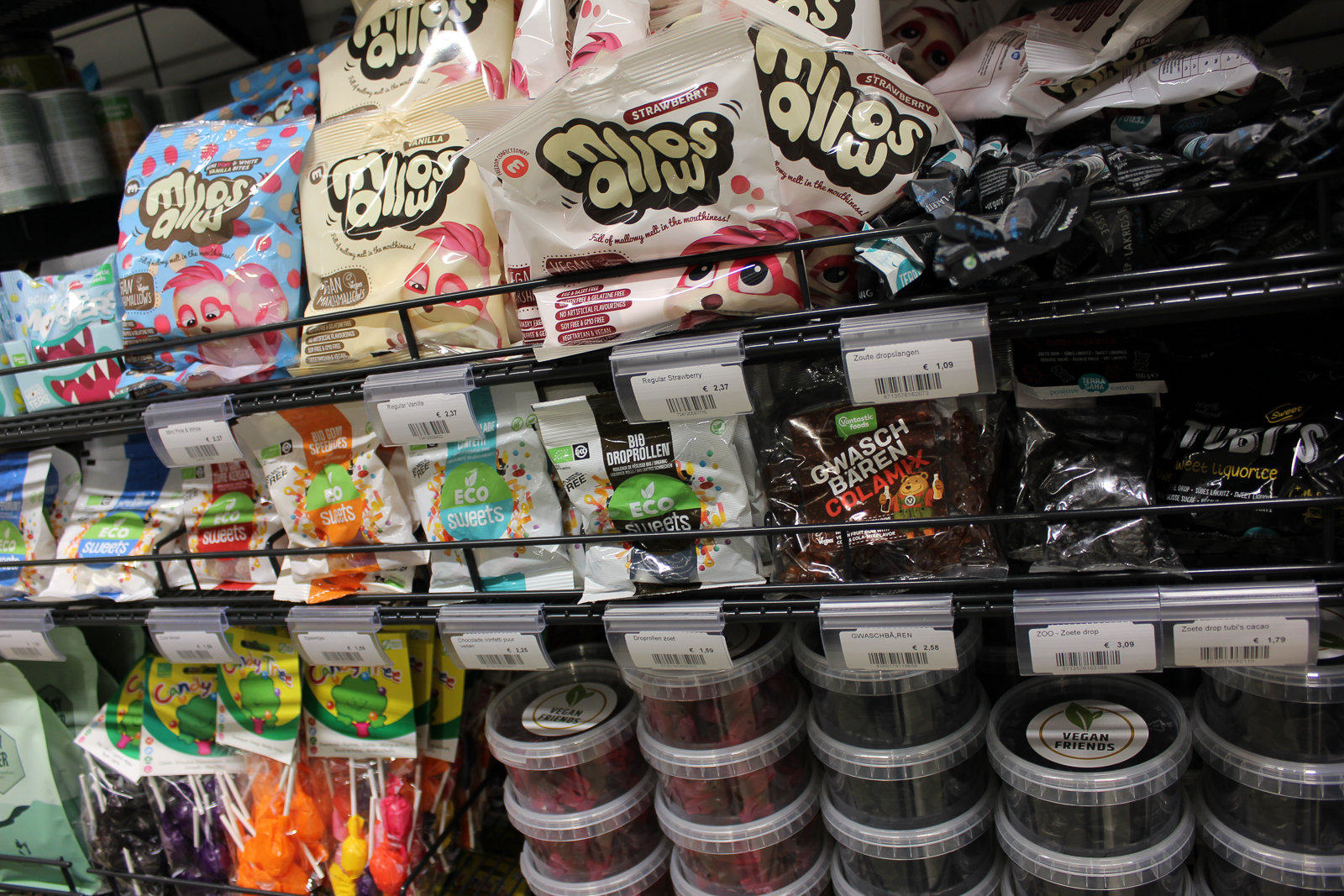