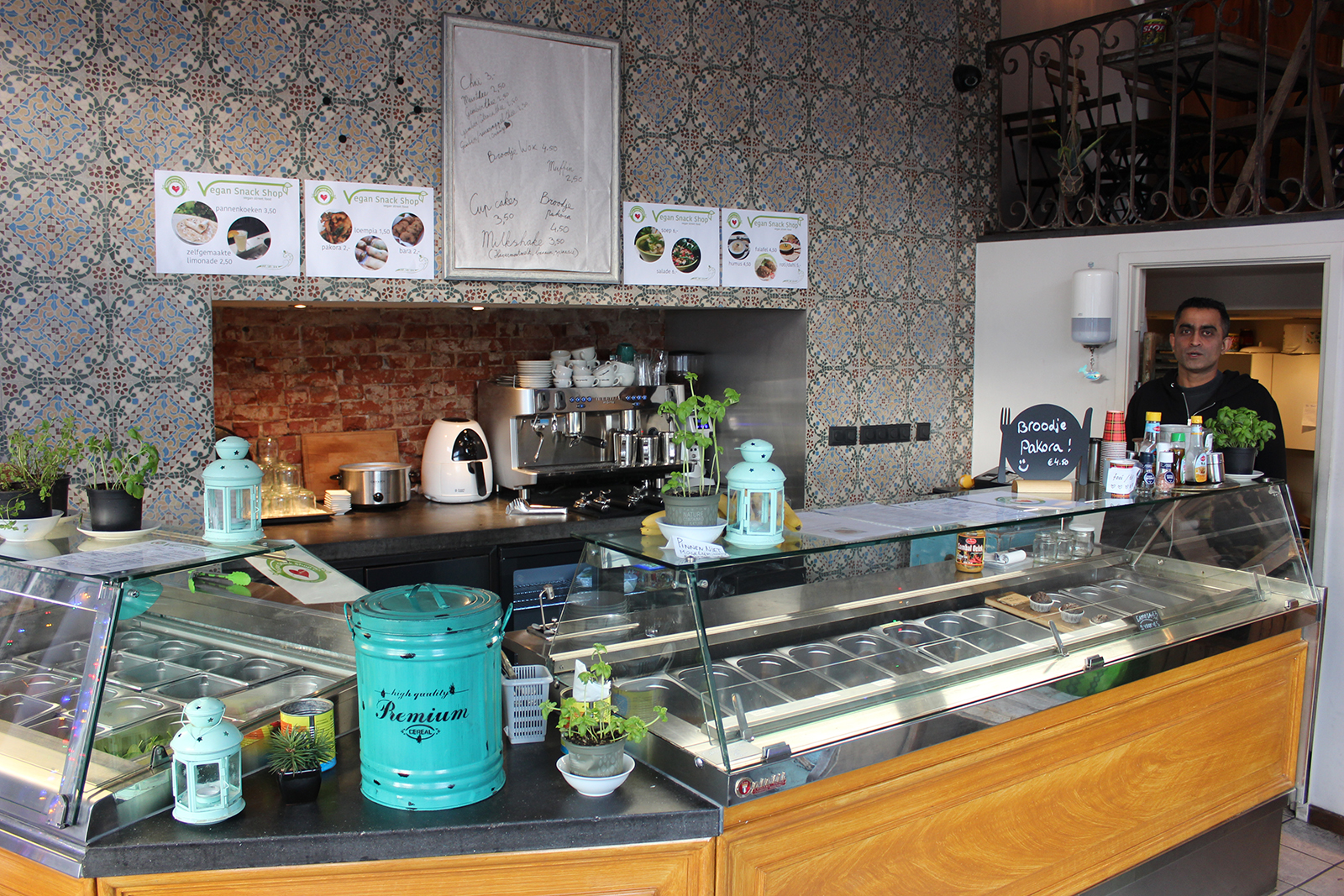 Ali Sadiq, who is vegan himself, ran a  stall selling vegan samosa’s at the Van der Pek market at Amsterdam Noord for a year. With icecream parlour Het Ijsboefje closing for half a year he took his chance and is renting the space for the season, running his pop-up Vegan Snack Shop. The east of Amsterdam doesn’t have a lot of vegan / vegan-friendly places (especially not compared to the western part of town) so this is a welcome addition! 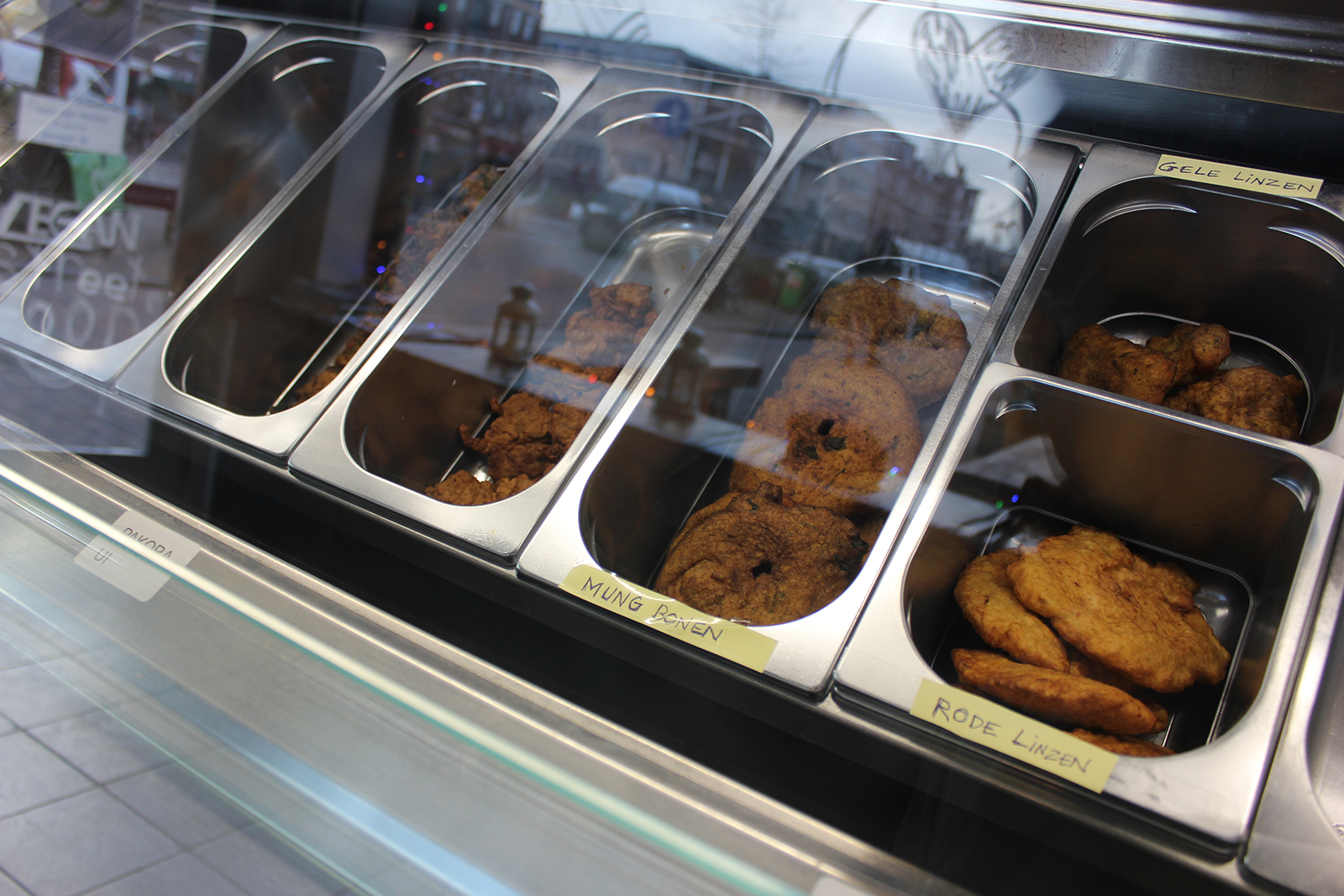 On the menu are Asian/Surinamese snacks like pakora, bara, roti or spring rolls. But salads, falafel and pancakes as well! Complemented with a weekly changing pie and other sweets. And everything vegan of course! Ali wants to show you don’t need to eat any processed food or lots of soy as a vegan. There are many traditional foods in the world which are already vegan. They generally require inexpensive ingredients so Ali is able to offer food for modest prices. A nice thing, since going out to eat at a vegan place in Amsterdam can be pretty expensive. 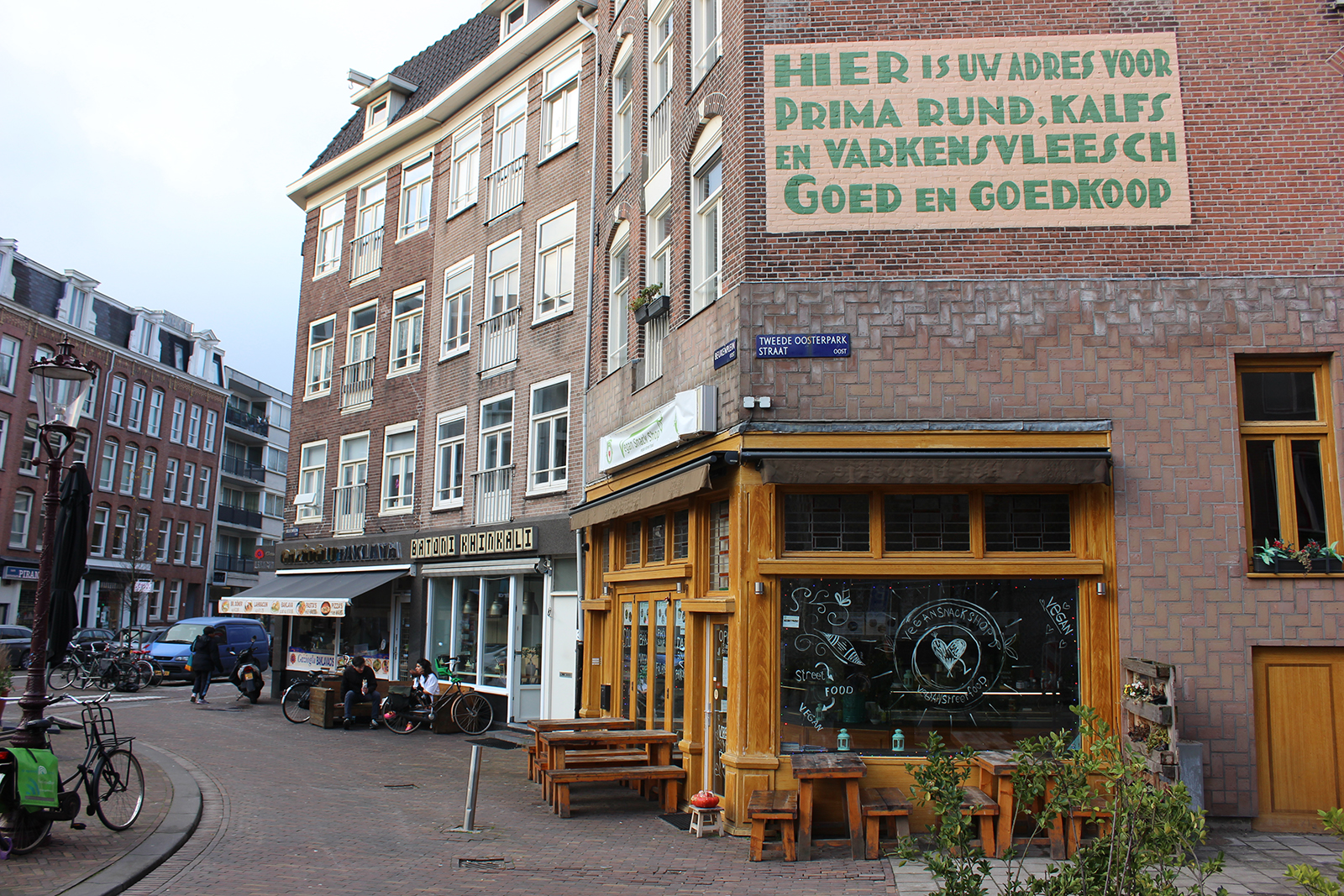 Vegan Snack Shop is located at Beukenplein, just a stone’s throw away from Oosterpark. Only open until January 28 2018! Funny detail, above the restaurant is a restored butcher’s advertisement from ages ago. Times are changing, the future is vegan! 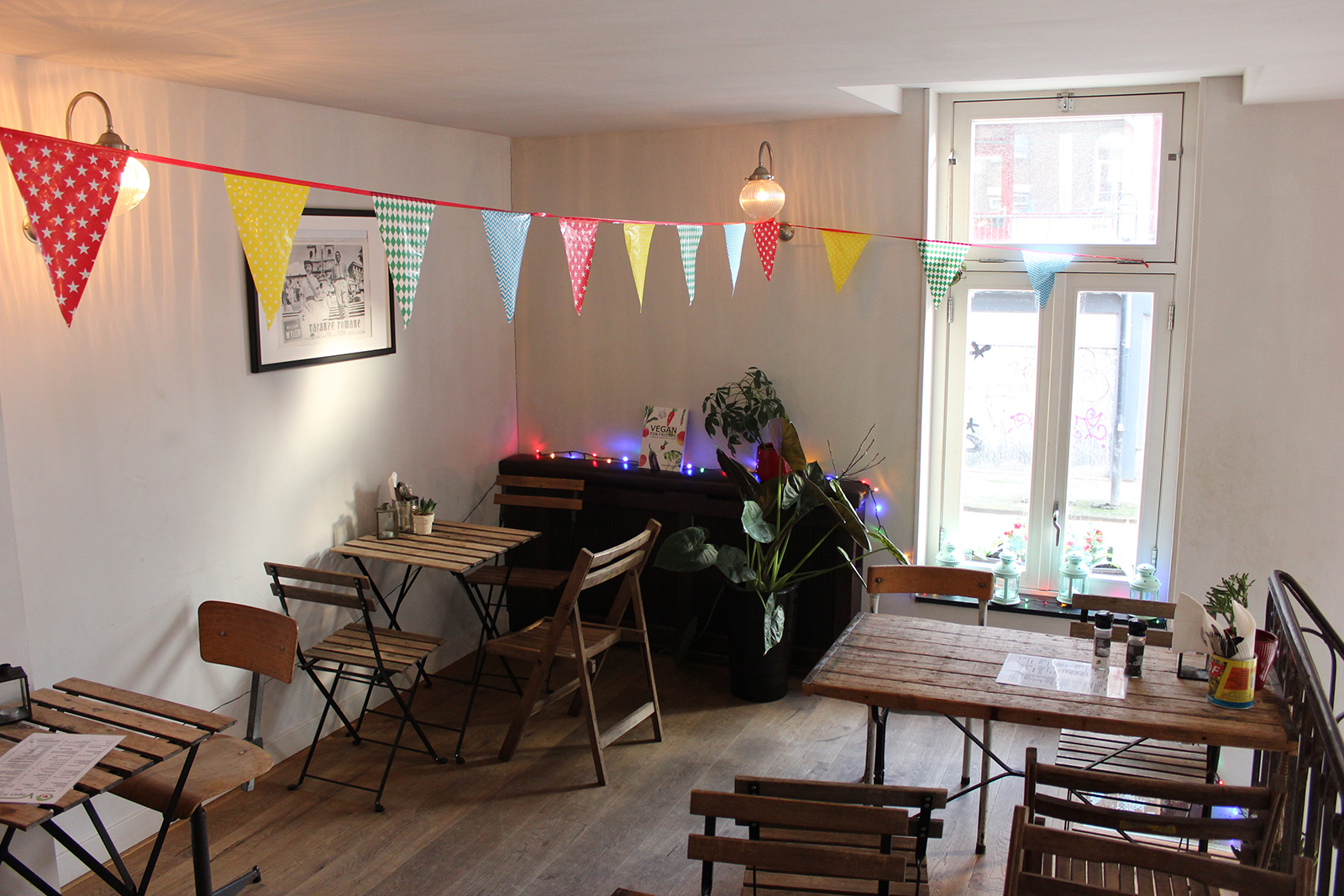 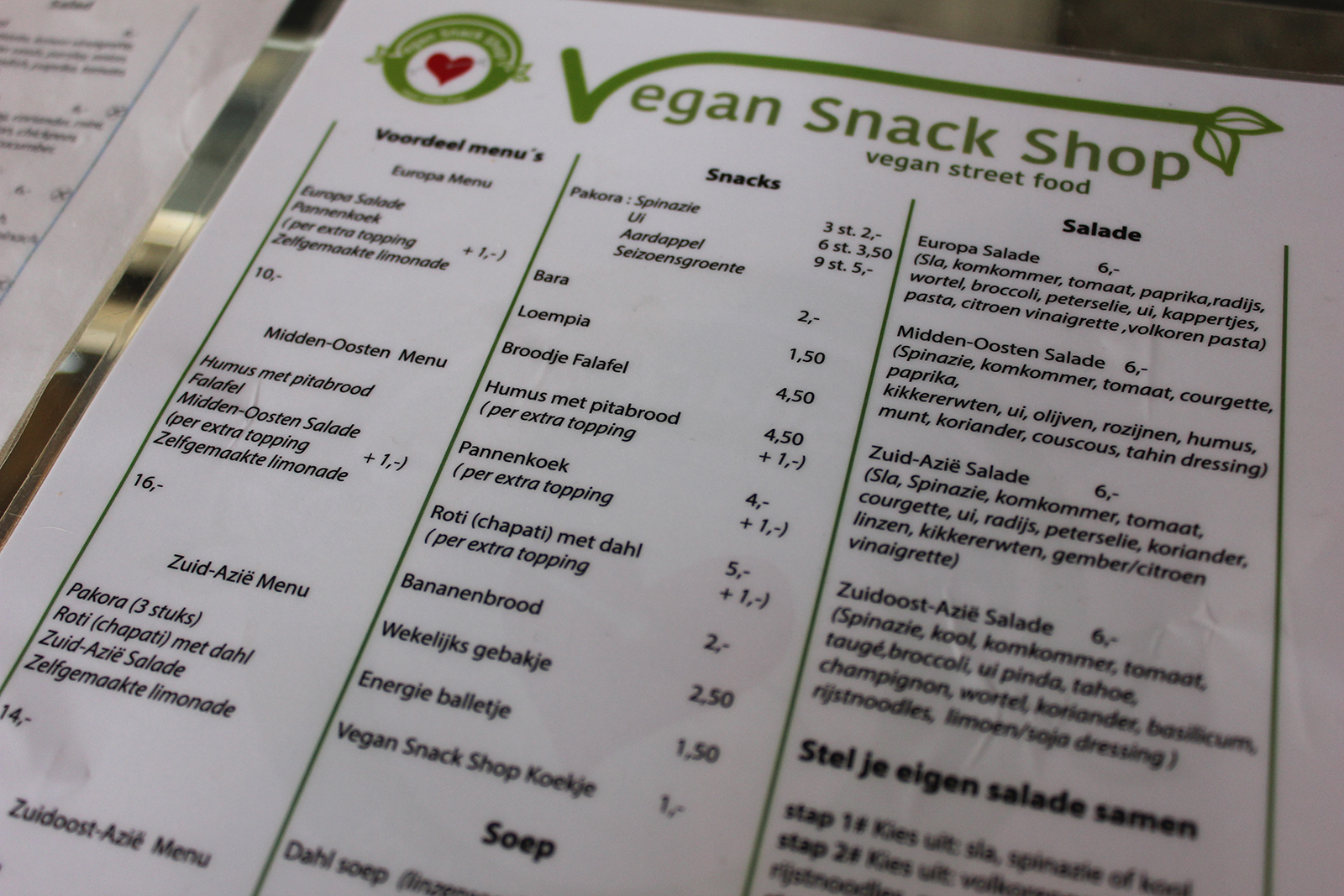 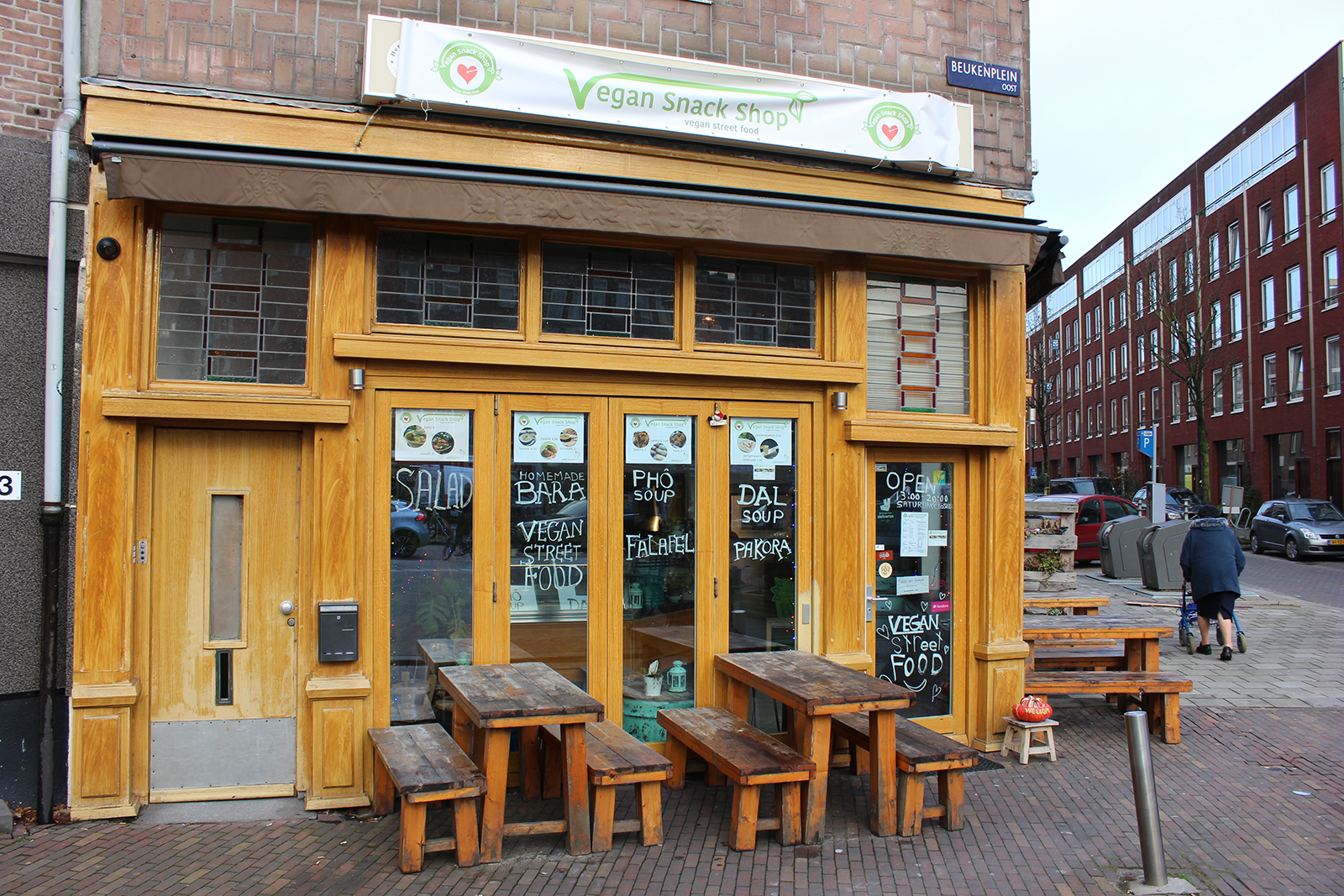 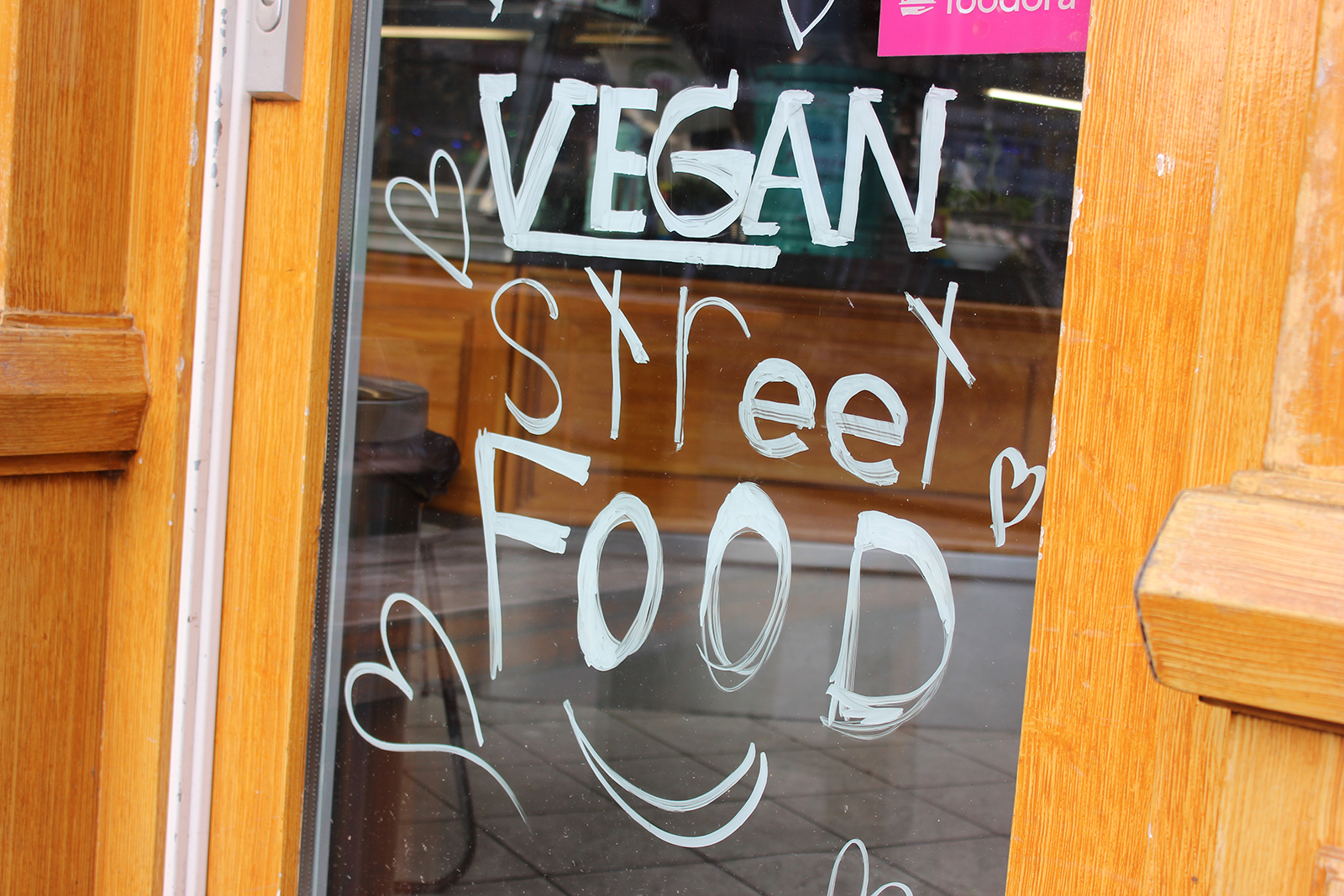