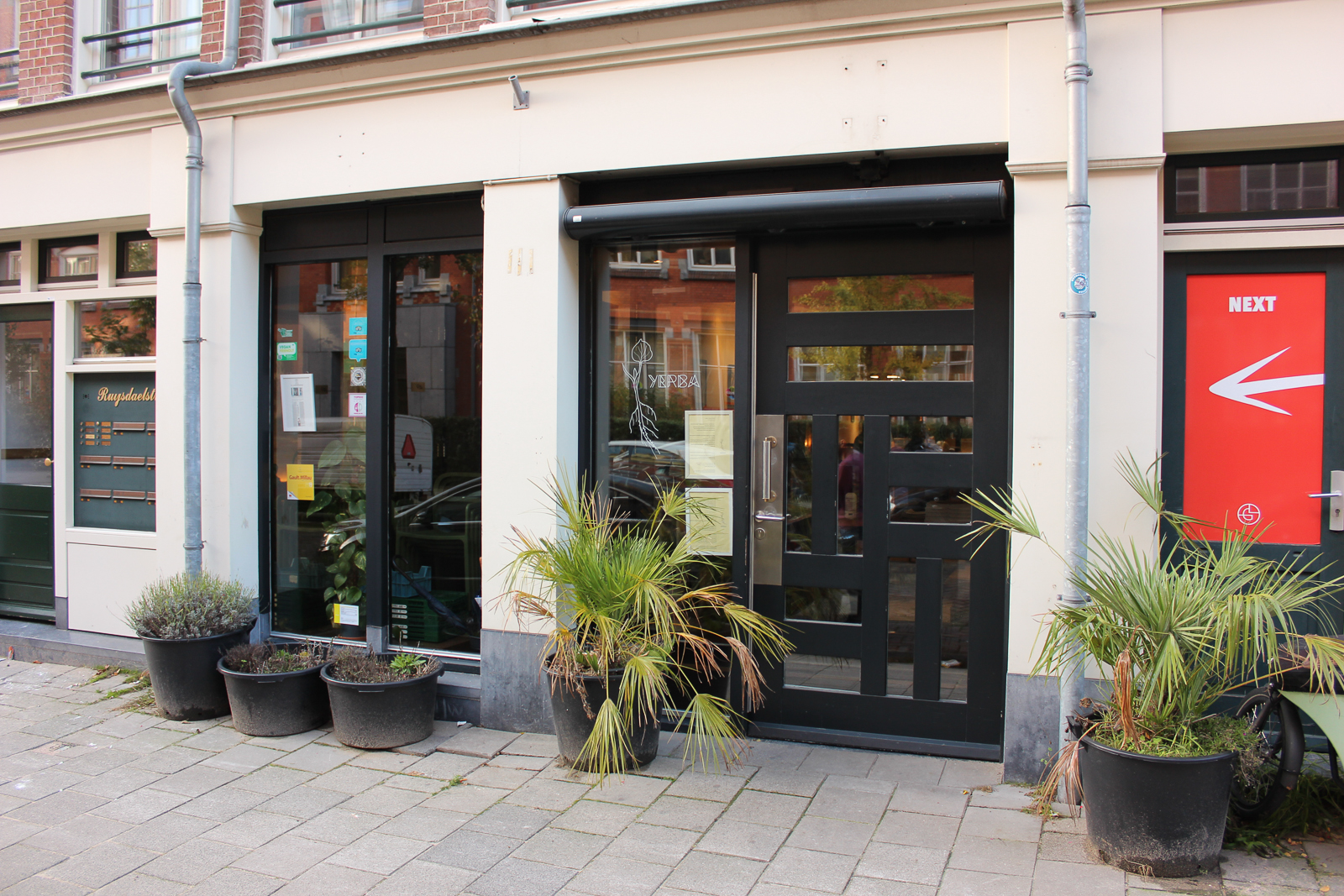 Plant-forward fine dining restaurant. Their menu is vegan but to some dishes a non-vegan supplement can be added.

After spending several years living abroad (Australia and England), Walter Marskamp and his partner Sally Mitchell returned to Amsterdam. Having extensive experience working at numerous restaurants including in Amsterdam, this time they wanted to open something by themselves. Eventually spring 2018 they opened Yerba! Walter as chef, Sally as hostess and sommelier, many other people in their team as well.

Over the years they became more conscious of the ecological impact of the amount of meat used in most restaurants, even if it’s organic. For this reason they chose to only use very small amounts of meat and fish on the menu of Yerba.

They offer a 4 to 6 course a la carte tasting menu, or allow yourself to be surprised by the chef. You can choose from many dishes: 4 starters, 4 mains and 4 desserts! So all of these are vegan, but for the omnivores they have 2 non-vegan supplements on the menu. Optional wine pairing also available. To give you an idea of the menu, this is just one dish: parsnip white sesame cake | coconut dulce de leche icecream | vanilla buttercream | candied parsnip skin.

Then besides all of this you can conclude it still with a vegan cheese platter! At Yerba they make their own vegan cheese, for example a cheese based on cashew nuts, covered in ash from burned leek parts. Some of these are also for sale at their website or at a few shops in Amsterdam (Vegabond, Willicroft).

The menu changes about every five weeks with a focus on seasonal ingredients. Another key aspect is sustainability, that’s why for example they’ll use vegetable peels in various dishes as well, in order to prevent foodwaste. A classic Yerba dessert is for example their homemade ‘Magnum’ icecream, where the icecream is made using asparagus peels.

Chef Walter Marskamp wrote a cooking book called ‘Smaak’, containing recipes from many Yerba dishes from the past few years.

Yerba is located in Ruysdaelstraat, Amsterdam Oud-Zuid. Close to both Museumplein and Roelof Hartplein and not far from neighbourhood De Pijp. Tram stop nearby (tram 3, 5 and 12). 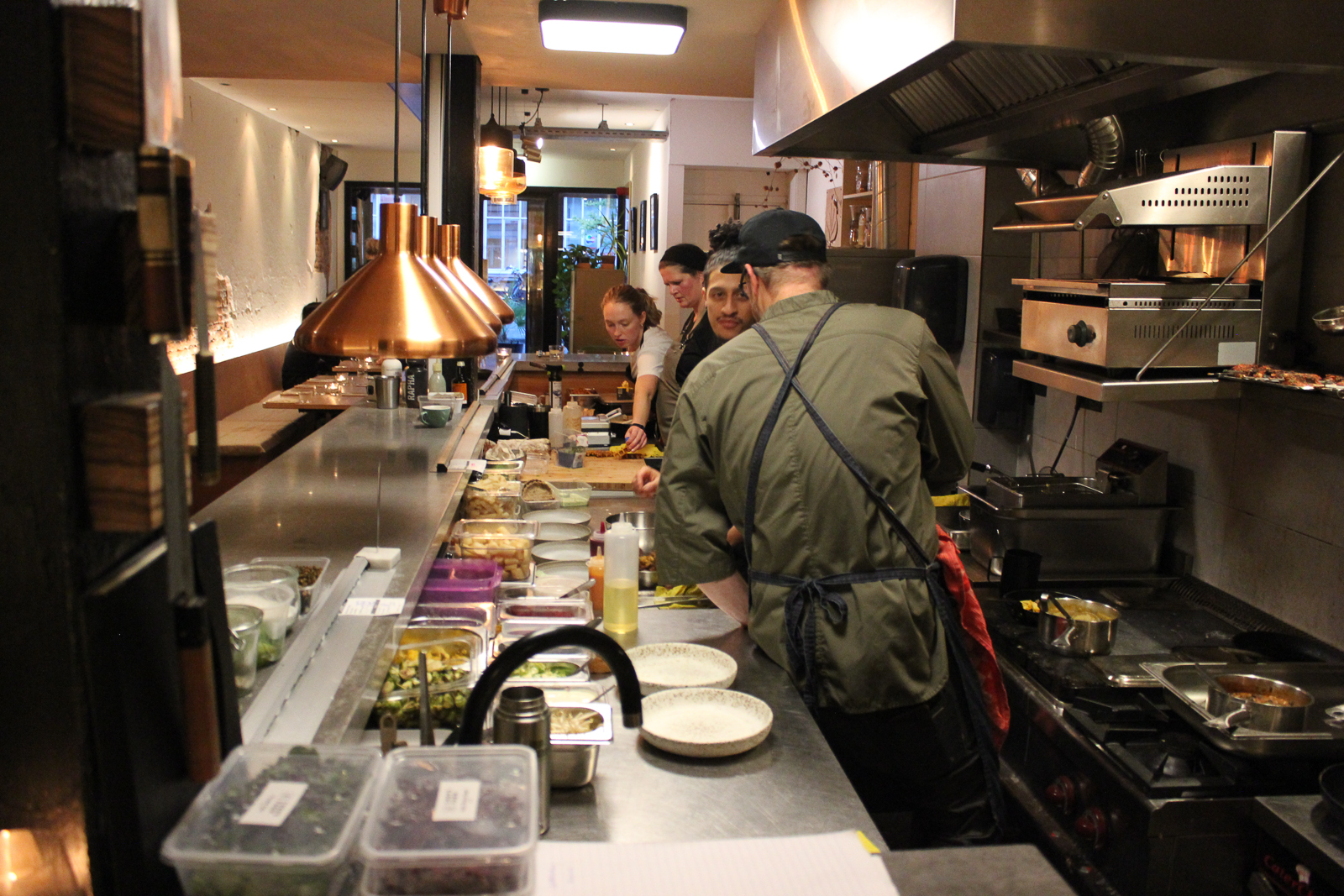 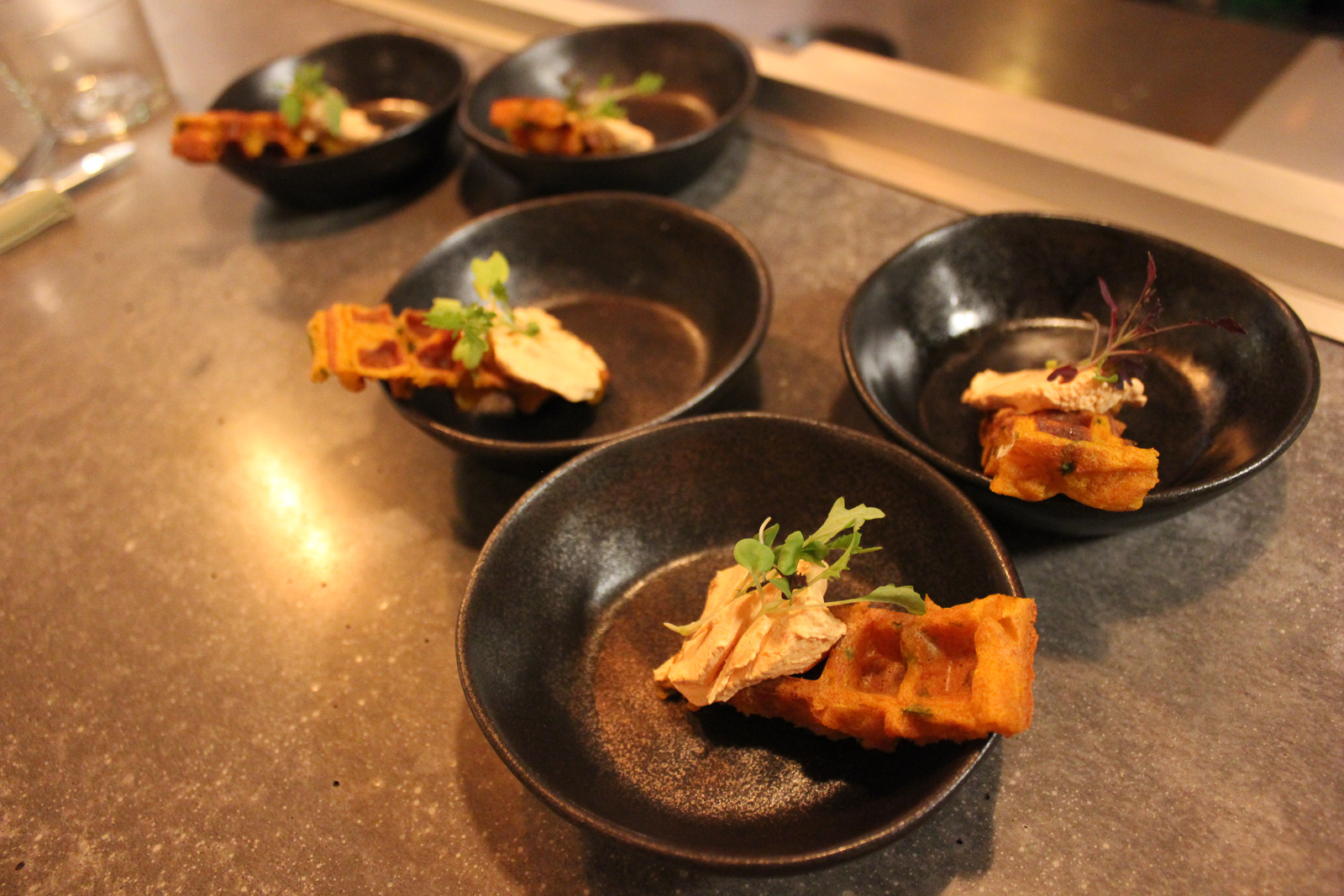 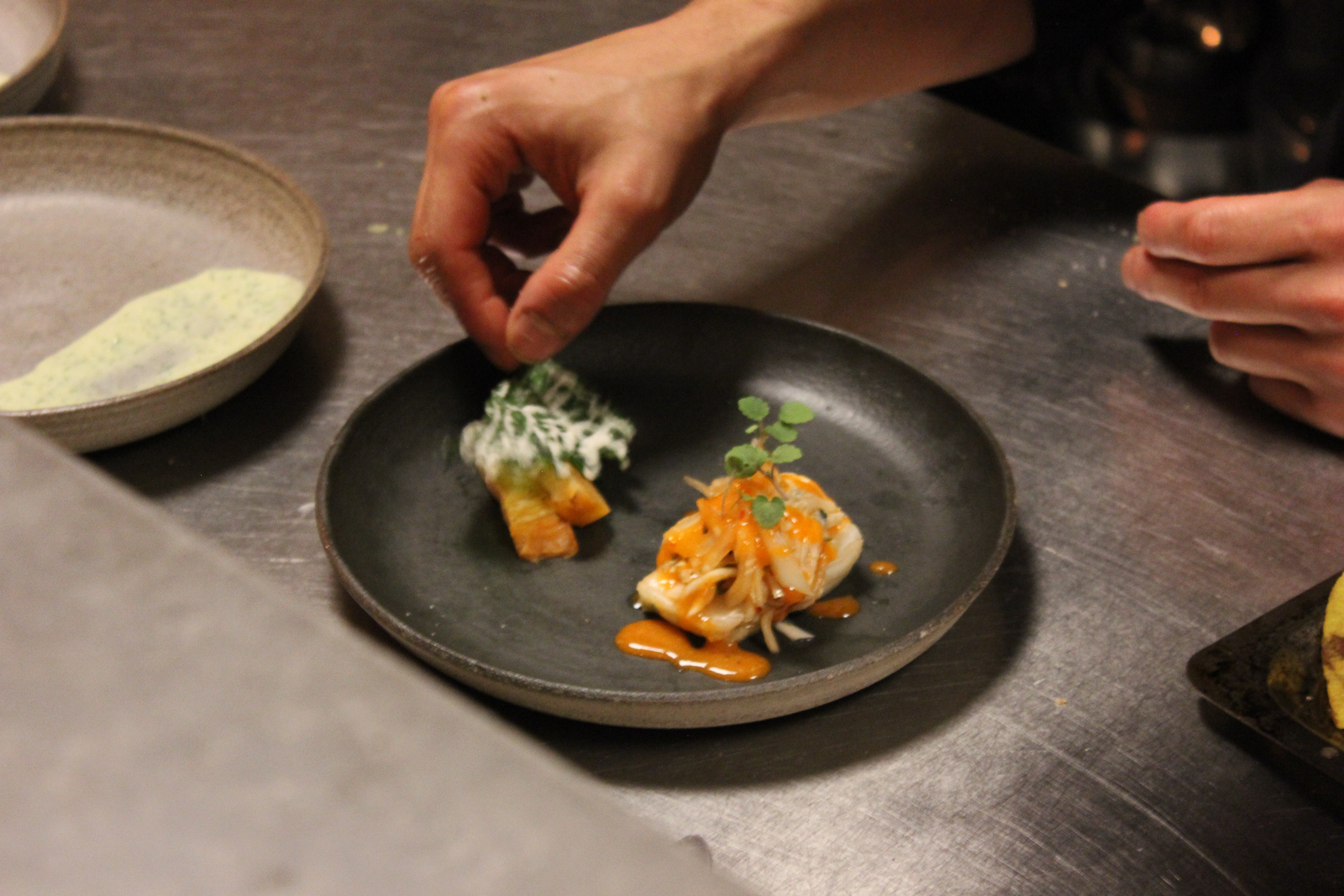 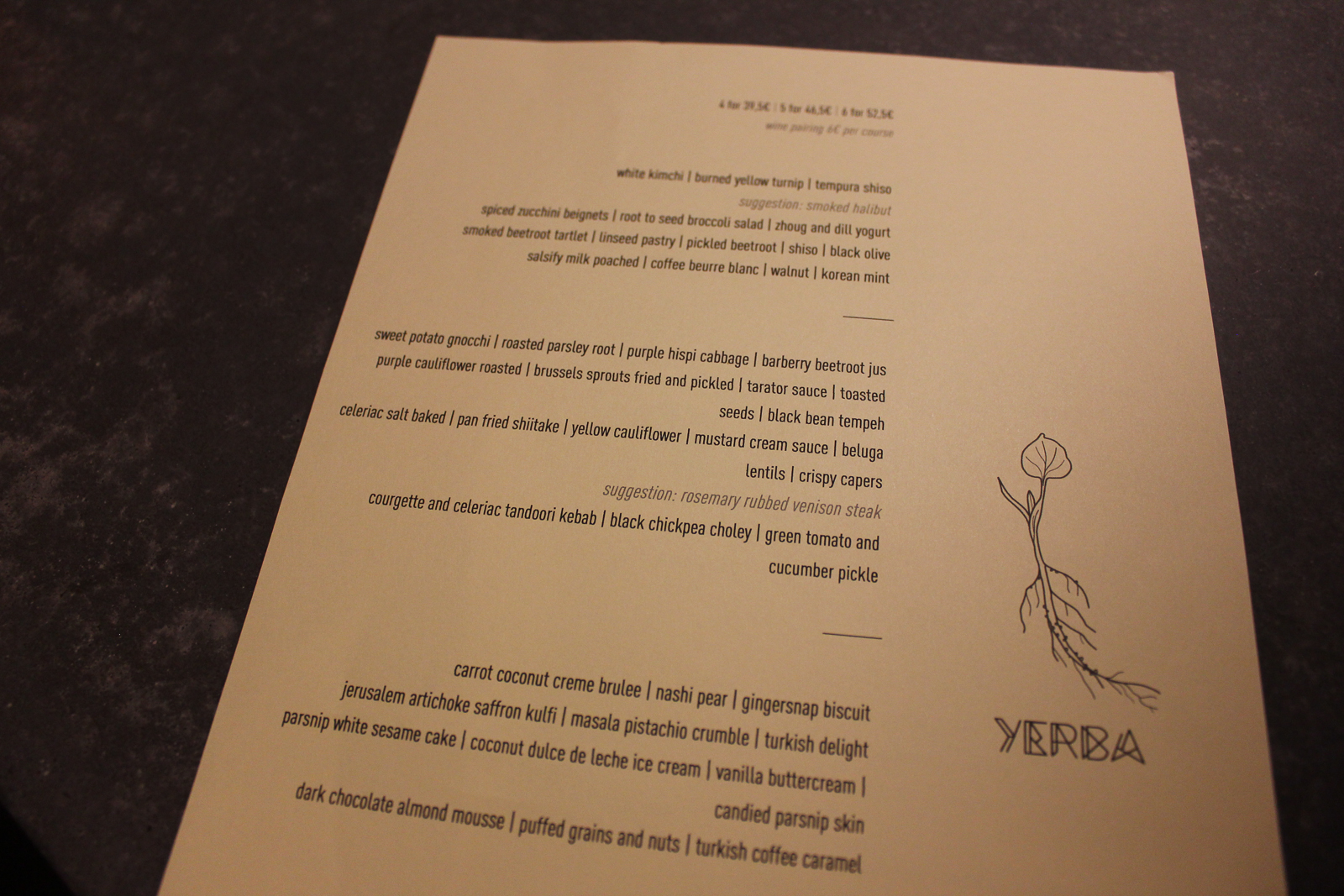 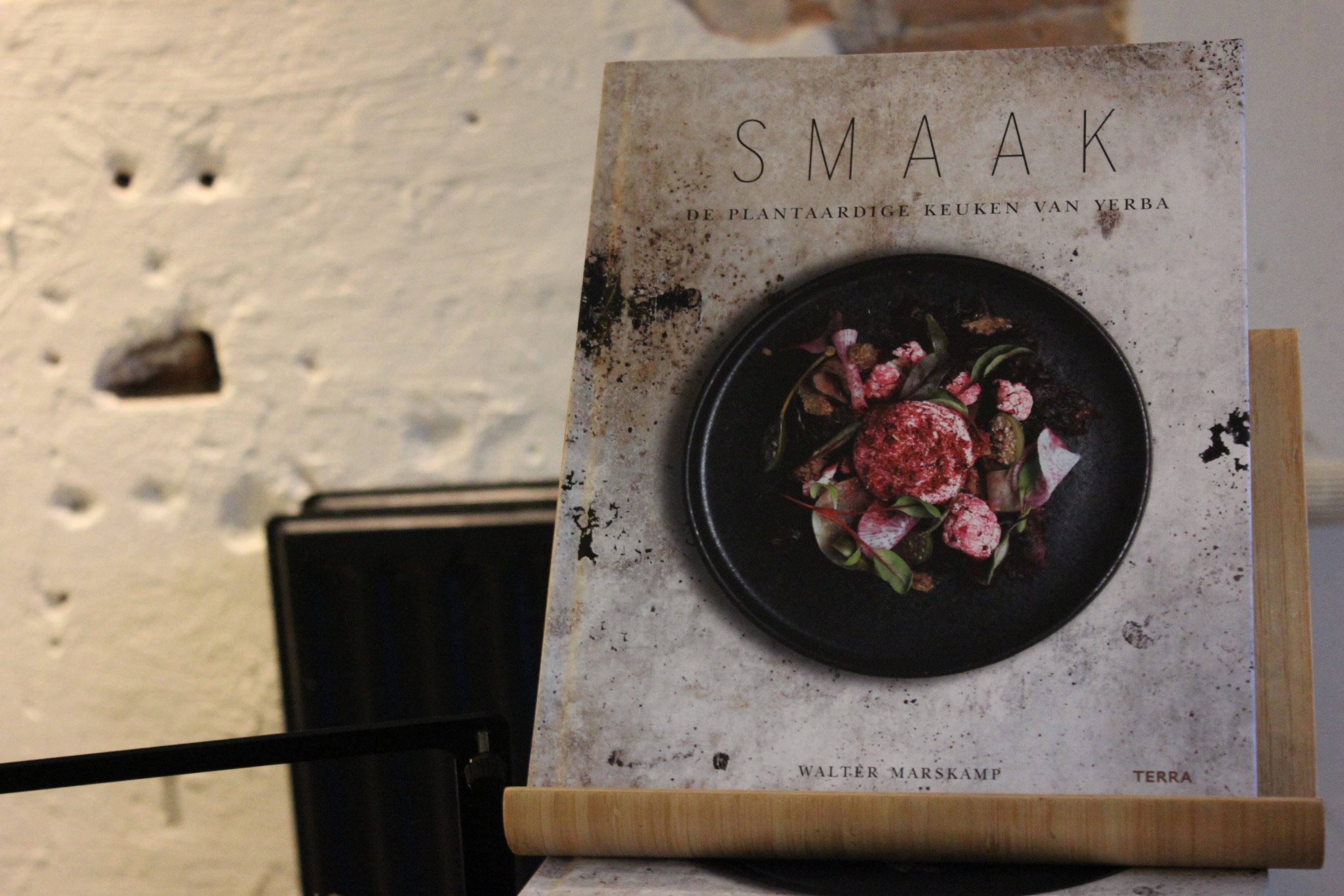 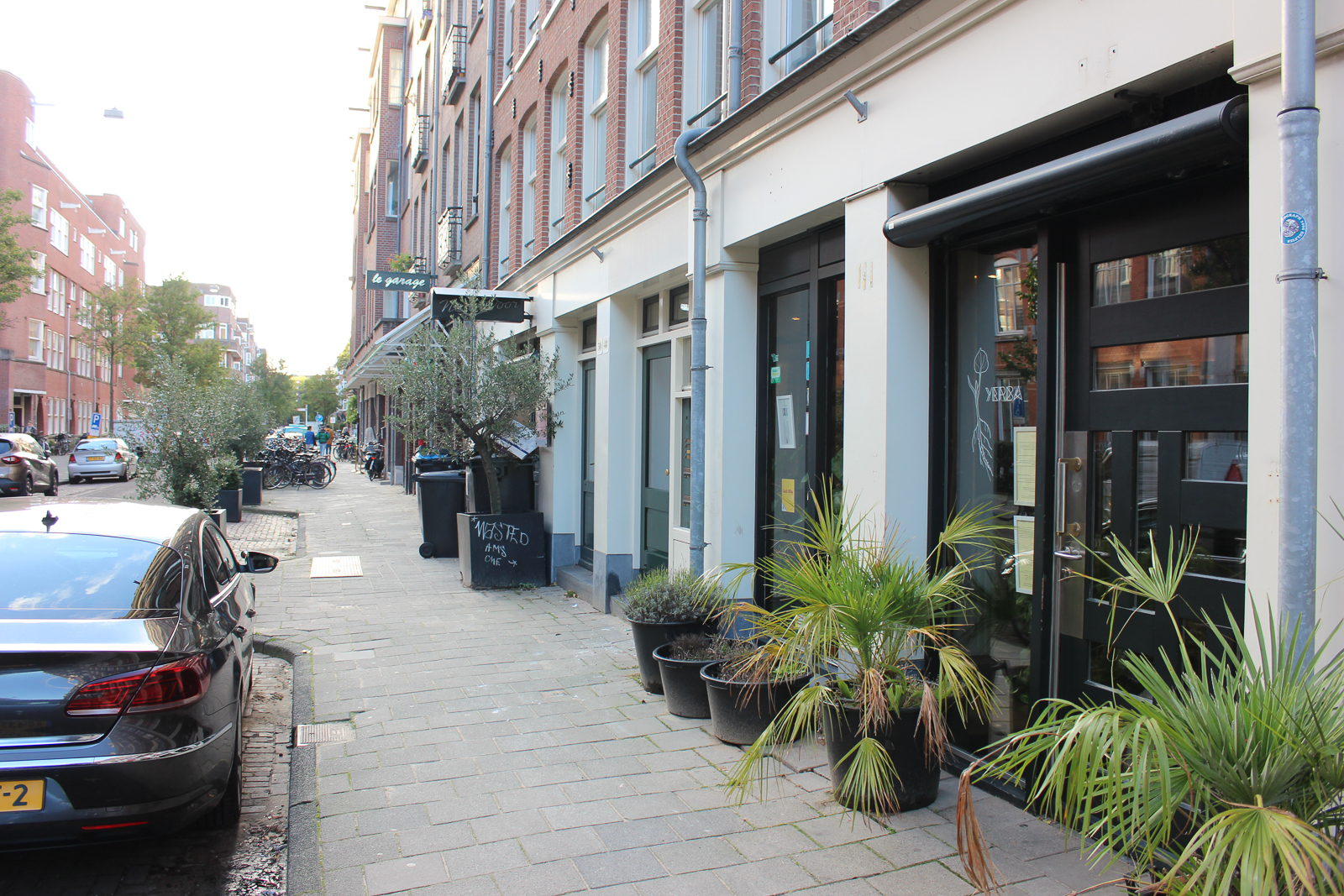